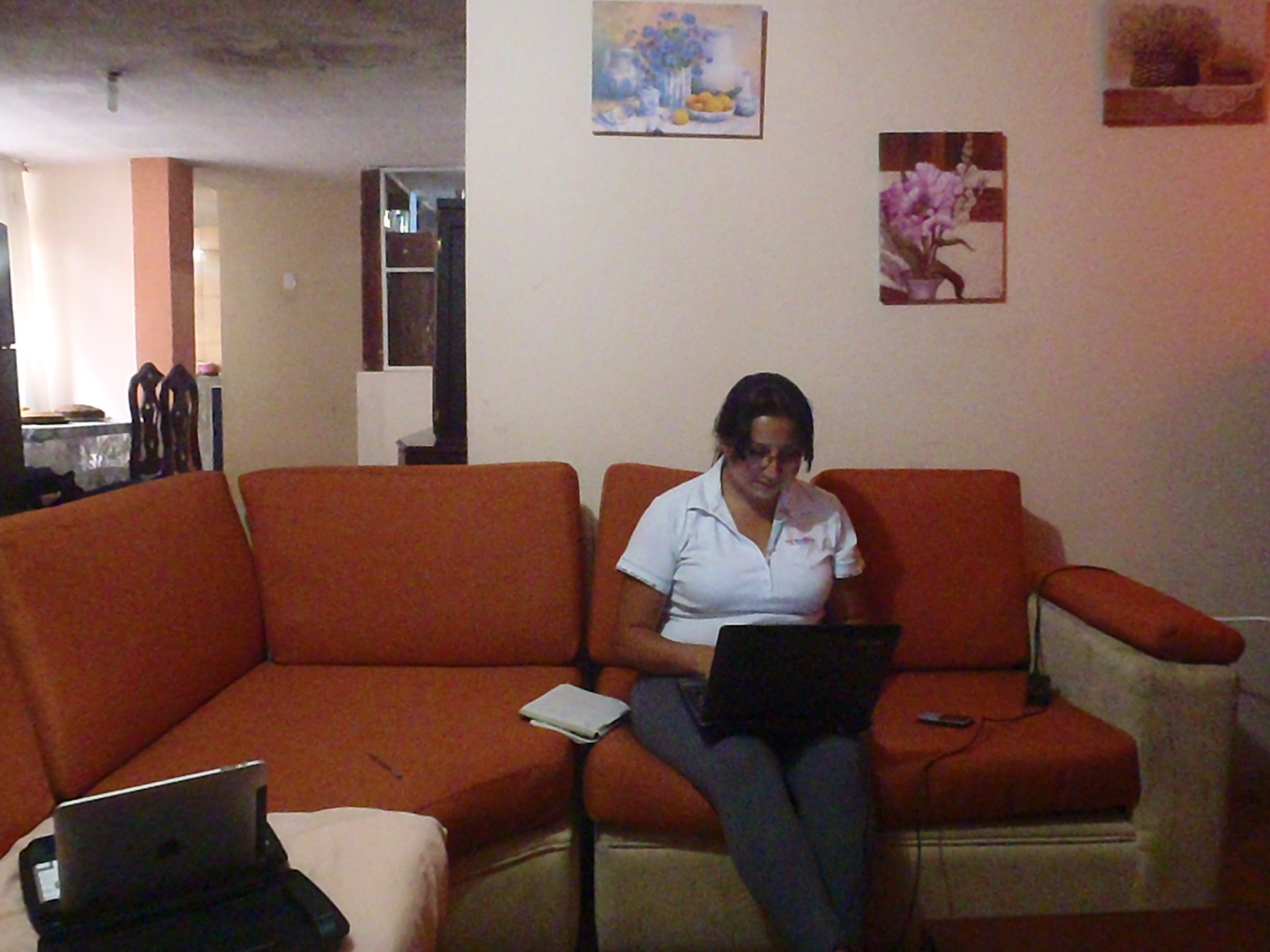 Ivonne prepping reports from home.
One of the little known facts about micro finance is that it is heavily dependent upon information technology.  Even though loan sizes are small the amount of transactions necessary to properly account for all of the transactions can, in the aggregate, easily exceed a million transactions a year for a given institution.  Recently I had the opportunity to work with Ivonne Balsecca. 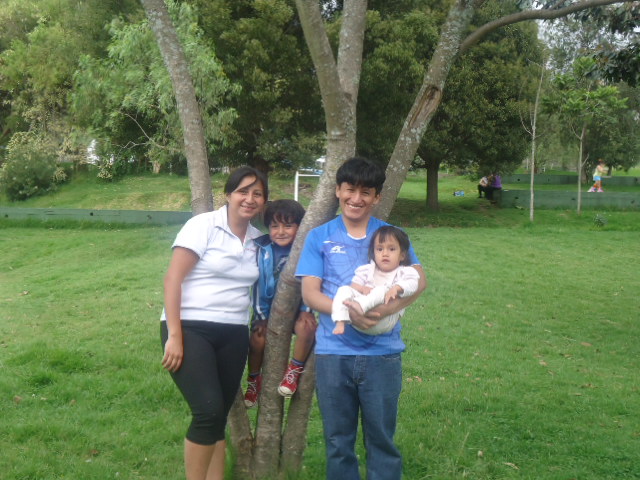 She works as an information systems engineer for the Fundacion Espoir, the MFI that I am currently working with as a Kiva Fellow. Fundacion Espoir specializes in providing group communal banking services to women.  Ivonne has been working with Espoir for a little over five years and works from home. She is married to Washington Sinchiguano who works as the chief of communication for the Fundacion.

Valentina
A few years ago Ivonne’s daughter, Valentina, was born a few months pre-mature and was diagnosed with periventricular leukomalacia.  Valentina has had to attended therapy sessions ever since. Because of this the Fundacion Espoir worked with Ivonne during this period and was able to set it up so that Ivonne could telecommute to work.  This is a rarity in Ecuador.  She is very proud to work with an organization that exists to help women, including those who work within it.  Additionally, the therapy is paying off in a big way.  The doctors initially thought that Valentina would be bed ridden her entire life and would never be able to sit up or lift her head.  She now does both, with a smile on her face.

Ivonne had been up early to get her son ready for school and after dropping him of she took her daughter to her therapy session on the other side of town.  After the therapy session she then returned home to work with me on reporting borrower repayments into Kiva’s system. When I arrived her mother and sister were busy in the kitchen baking cakes for another sister’s upcoming baby shower.  With the aroma of baked goods in the air we sat down to work.  I watched as Ivonne deftly telecommuted into work and compiled a repayment report that was due to Kiva.  I say deftly because I was trying to keep up and take enough notes so that I could intelligently report back to the Kiva team in San Francisco on how the process worked on Ivonne’s end.  Needless to say I was like a sea anchor, I did nothing but slow her down.  Luckily, she slowed down and worked at my pace. 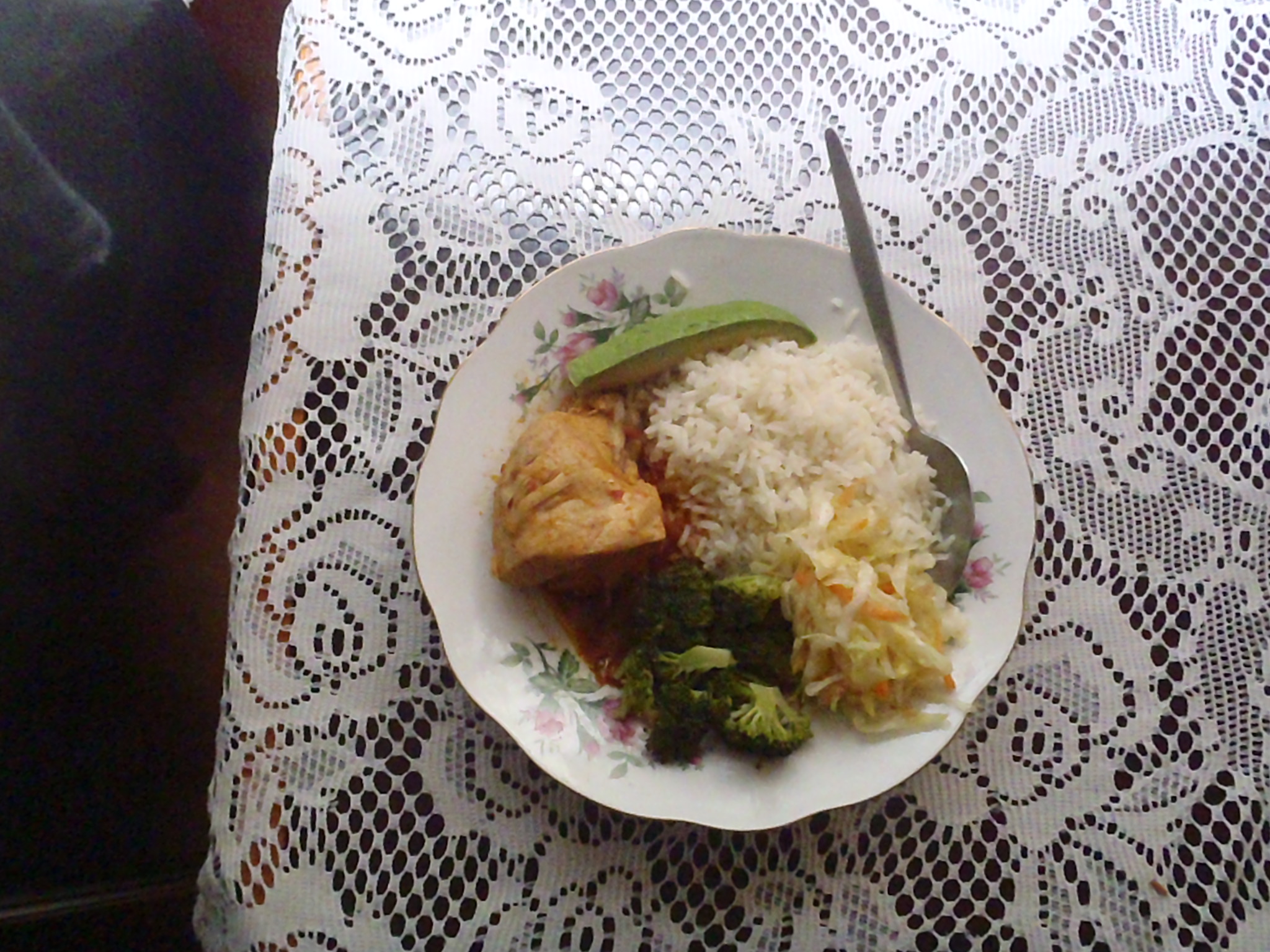 Lunch!
Half way through the report her son and niece came home from school.  They arrived just in time for lunch.  She invited me to partake and I got to watch as her son played with his food and her niece stared at me suspiciously.  All the while Ivonne was answering my questions concerning the fundacion and life in general. 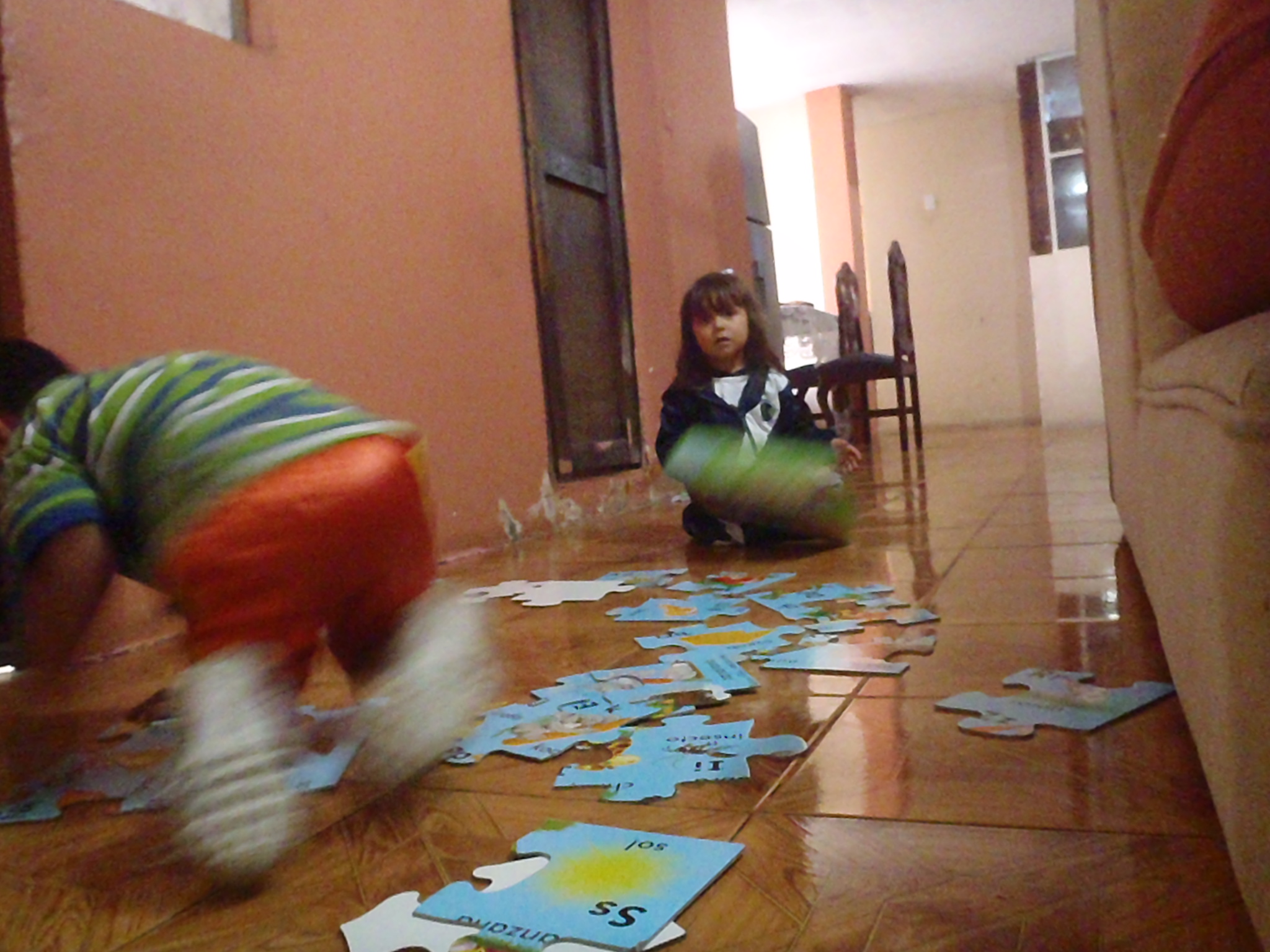 Martin learning his alphabet while we Ivonne works.
Once lunch was finished her son, Martin, and niece began to play with a large alphabet puzzle on the ground next to us while we concluded the report due to kiva.  At about 3:30 I was done with my assignment and Ivonne graciously invited me to her sisters baby shower (which I am sure was due to the fact that every 15 minutes I commented on how good the cakes in the oven smelled).  I went on my merry way back home to finish up my report.

Ivonne went back to the kitchen to finish up the baking and getting her errands for the day done. She would also spend an additional two hours working with Valentina on her home therapies.   Later she would make dinner for her family, help with homework, and put her kids to bed.  After all that she spends three to four hours consolidating close out reports from 18 different branches so that the central database that Fundacion Espoir maintains is accurate.

Ivonne plays a key (yet unseen) role in providing micro-financing to the hard working women of Ecuador and helps maintain the integrity of the repayment process to Kiva lenders.  She is a mom and a micro-financier.

You can join the “Fans of Espoir” here or you can learn more about Fundacion at http://www.espoir.org.ec/.
Share on: 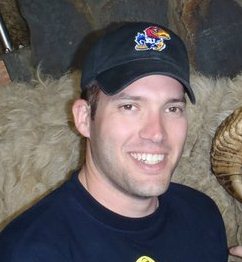 Leo Della-Moretta is a former Captain in the US Army where he served as an Infantry and Logistics Corps officer. He has lived in 10 countries on four continents, speaks Spanish fluently, an adequate amount of Italian, and basic French with a horrible accent. Leo attended college at the University of Kansas where he studied Political Science and International Studies. Upon graduation he entered the US Army and is a veteran of the wars in Iraq and Afghanistan and has served as a peacekeeper with the Multinational Force and Observers in Sinai, Egypt. In between his trips to the Middle East Leo lived in Europe where he grew to love smelly cheese and developed an aversion to ice in his drinks. He is interested to see how Kiva's capital distribution system can improve the economic security of people around the world and is particularly interested to see it's positive effects on women's empowerment. He will be attending an MBA program in Europe in the fall of 2013.