There is no shortage of articles documenting Africa’s position on the cusp of global development, with Kenya as a particular harbinger of those expectations. The Economist has reneged on writing off Africa as a “Hopeless Continent” several times since it featured the headline a decade ago. In 2011 it published “Africa Rising,” in which it identified 6 of the fastest growing countries in the world as African, with GDP growth surpassing East Asia. Last August, it dubbed Kenya Africa’s “Silicon Savannah,” bringing an onslaught of attention to the burgeoning technology scene here. Its March 2nd issue includes the article “Aspiring Africa,” that describes the continent as the fastest growing in the world.

The fan fare around African growth is not limited to sporadic shout outs from The Economist. Recently, Johnathon Kalan of the Huffington Post published an article that describes the fusion of “Potential, Poverty, Politics and Parties” that draws American college graduates to social enterprise start-ups in Nairobi. More important, however, is the current generation of young, educated Kenyans who are tired of the status quo. They feel entitled to jobs and livelihoods that are fulfilling and afford them some degree of social mobility. They are joined by Kenyans abroad, some of whom have been away for a decade at least, pursuing degrees and jobs, who are now choosing to return to Kenya for opportunities that did not exist when they emigrated. Together, these young professionals understand the role Kenya can play in spearheading growth for the entire continent. They are prepared to role back their sleeves and play a role.

As much chatter as there is surrounding Kenya’s burgeoning technology scene, most articles stop short of explaining why it’s happening in Kenya and why it’s happening now. This week, I’m digging a little deeper into the context behind the phenomena.

Until rapid urbanization began after independence, Kenya’s population was predominantly rural. In 1963, only 8% of the population lived in ‘towns’ or cities. Nairobi’s population was 267,000 and Mombasa’s was 180,000. Of those ‘townspeople,’ most were Arab, Indians and Europeans; not Africans, who typically worked in town for short or long periods, then returned to their rural homesteads where their families remained. Today, Nairobi’s population has grown to approximately 3 million people.

Although people are flocking to cities, their ties to the countryside are still strong. Often, one or a few family members migrate to cities and the rest of the family stays behind. A taxi driver I’ve used frequently is from the Naivasha area in Rift Valley. His wife and children remain in the country side, where he farms fruits and vegetables to sell at Nairobi bound markets. During the week, he leaves his family behind and comes to Nairobi to drive a taxi. This is a common arrangement in Kenya; city work during the week and village life on the weekends.

The movement from rural to urban by one or a few family members created the need for domestic remittance transfers. Family members are making money in the cities and need a way to send it back home. In other countries, like Mexico, where many family members work abroad, the opposite is true, the demand for external remittance flows are greater. Hence, Kenya’s unique rural-urban dichotomy set the stage for the internal funds transfer explosion that we’re amidst now. Once cheap mobile phones flooded the market, Safaricom filled the need with its SMS based money transfer platform, M-PESA, making Kenya the global leader in mobile banking technology. All of the subsequent innovations here have been inspired and made possible by the widespread use of cell phones and M-PESA.

The government is promoting the use of mobile money and technology development in Kenya. Bitenge Ndemo, who became minister of Information and Communication in 2005, is credited for spearheading the initiative. He bypassed ceaseless discussions between 23 African countries about launching a joint fiber optic cable, by linking right into a cable from the United Arab Emirates instead. It’s been his priority to lay down additional cables ever since. “When the cable was switched on in 2009, Ndemo made sure universities got unlimited internet capacity.” said Robin Dixon of the Los Angeles Times.

Bitenge Ndemo’s push for Kenya to become a regional technology hub does not end there. Most recently, he’s spearheaded the Konza Technology

City project, which broke ground on January 23rd. Fifteen kilometers outside of Nairobi, the $10 billion investment will be a public-private venture that includes a business district, science and technology parks, a university, conference facilities and residential areas. The government of Kenya anticipates that the project could yield 200,000 jobs in 20 years, along with sizeable investments in other sectors like health, education, manufacturing, financial services etc. Executives behind the project have already received 250 applications from local and international firms who would like to invest in Konza. Some of the multinational corporations seeking a piece of the pie include Samsung, Google and China’s Huawei Technologies.

Critics of the project have serious reservations about the government’s ability to bring such a large-scale project into fruition, when it has not yet managed to gain hold of municipal issues in the capital like traffic, electricity, water and drainage that fester under expansion. Nonetheless, the proposition and ground breaking of Konza represents a clear vision that policy makers and business executives have for Kenya as an ICT hub in the region.

M: Lab East Africa at the University of Nairobi: Key to Kenya’s growing role in IT and mobile application development are its research labs and business incubation centers, where techies and entrepreneurs gather to collaborate, network and implement projects. In 2011, the University of Nairobi established M:Lab East Africa with the help of iHub, a local technology center. First funded by the World Bank InfoDev grant, the lab was founded to facilitate the innovation of low-cost, high value mobile applications.

iLab Africa at Strathmore University: Just on the other side of town, Strathmore University, Kenya’s premier private institution for business education, has its own research and incubation center called iLab Africa. At iLab, faculty and students have teamed up to develop mobile applications that overcome development challenges in health and education. ILab boasts a few high profile partnerships. For example, Strathmore and Safaricom offer a masters degree in mobile application development. Samsung has established an innovation lab there and Google funds IT education for girls in rural schools, in addition to sponsoring mobile application boot camps at Strathmore and elsewhere in the region.

With support from the Clinton Foundation and Ministry of Health, iLab has generated an application that tracks pre and post natal care of mothers and their babies in rural areas. They’ve also created one that sends the HIV status of newborns to doctors and clinics for treatment. On the education front, they’re mobile application development is centered around digital rights management and the provision of learning materials.

The view from iLab Africa in Strathmore University’s Student Center

iHub: iHub is a physical nexus for the tech community in Nairobi. Established in 2010, it is an open facility for young entrepreneurs, programmers, designers and researchers. Free membership is offered to anyone with a demonstrated involvement in technology. Ihub provides access to facilities, networks for funding and opportunities to collaborate. You can become a member of its online community remotely, have physical access to the work space or pay a monthly fee for a semi-permanent desk.

Ihub’s very own research team is engaged in projects like their collaboration with Refugees United, an organization that helps refugees track missing family members. The team has upgraded the organization’s paper based sign up form to a WAP enabled sign up on mobile phones. They’ve generated easy to consume info-graphics about trends in East Africa and launched Spider M-Governance in 2011 to identify gaps in water governance transparency in Kenya. 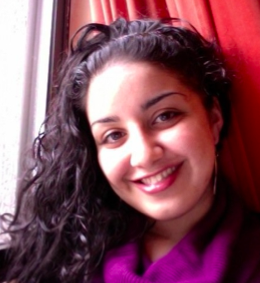