The Various Forms of Currency of Zimbabwe

Zimbabwe made world headlines over the course of 2008 and 2009 when hyperinflation gripped the country. What is often believed to simply exist in economic textbooks was occurring daily in the streets; the government was printing more and more Zimbabwe dollars, the currency would lose its value, more Zim dollars needed to be printed, new bills had 1, 2 or even 3 zeros added to the end, the currency would further lose value, more printing…

Zimbabwe dollars which are no longer legal tender

These events led to peculiar sights such as “starving billionaires” as well as Zimbabweans needing a couple of suitcases full of bills in order to purchase a simple loaf of bread.

Locals even told me stories of million dollar bills lining the streets. No one would “waste their time” picking them up since at one point a million, or even 10 million, Zimbabwean dollars was absolutely worthless.

Starving billionaires in the streets of Zimbabwe a few years ago (source: lilyonthedustbin)

As much as such images can appear amusing, the daily reality was painful for the vast majority of Zimbabweans. Even if you managed to amass enough bills to purchase any basic goods, chances were that a grocery store’s shelves were empty since it was too expensive to import any products into Zimbabwe.

Officially transactions in foreign currencies were illegal, but unofficially everyone started operating in US dollars and South African Rand. Eventually the government abandoned the Zimbabwean dollar and officially adopted the US Dollar.

The switch in currencies hasn’t necessarily fixed all issues. Nowadays there simply are not enough small bills and coins in circulation. ATMs spit out crisp $100 USD bills but the only available $1 USD bills appear to date back a few decades earlier.

This lack of available change has led to daily issues as well. For instance I numerously had enough money to pay for groceries, lunch, coffee, taxi ride, etc. but I happened to have a $20 bill when the cost was less than $5 or $10. In such situations you can either skip the purchase, receive a credit receipt for the change you are owed or at times forced to forego the entire $20.

For smaller change, such as coins, South African Rand, and at times other African currencies, are commonly used in daily transactions. At various stores you can also receive candy in lieu of actual change. Unfortunately the candy is just like the $1 USD bills, it’s usually pretty worn out. 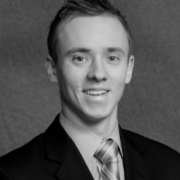 Bart was born in Poland and immigrated to Montreal, Canada before the age of 3. This gave him the opportunity to grow up in a multilingual environment and become fluent in three languages; English, French and Polish. As any Canadian kid, he dreamed of growing up and playing professional hockey. Unfortunately his abilities did not match his ambitions so he went on to pursue more pragmatic goals by obtaining an undergraduate business degree. After graduating he took a year off to travel around the globe, primarily backpacking through Europe and Asia. For the past few years Bart worked for PwC in both Montreal and Chicago where he helped advise companies on corporate finance transactions. Bart is looking forward to working with MicroKing during his upcoming fellowship as well as exploring Zimbabwe and Southern Africa.