Here at Kiva, we’re all about deliberate and sustainable change. In order to make a true difference in lives and communities all over the world, we need to make sure people have the tools to lift themselves out of poverty. And every day, thousands of Kiva lenders help make this possible by lending small amounts of money to support businesses, education, and more.

This is one facet of a new U.S. movement coined “Slow Money.” As the Dow Jones Industrial Average hits an all time high, and more and more people struggle to find work and equitable pay, it’s time to give this new economic approach a chance.

On April 29 and 30, hundreds will gather in Boulder Colorado for the 4th annual Slow Money National Gathering. Together, leaders in agriculture, investing and philanthropy will showcase and discuss new ways to rebuild local food systems for social, economic and mutual benefit.

Below, is a guest post contributed by Woody Tasch, founder of Slow Money, the national initiative to change the way we perceive and behave in our economy. 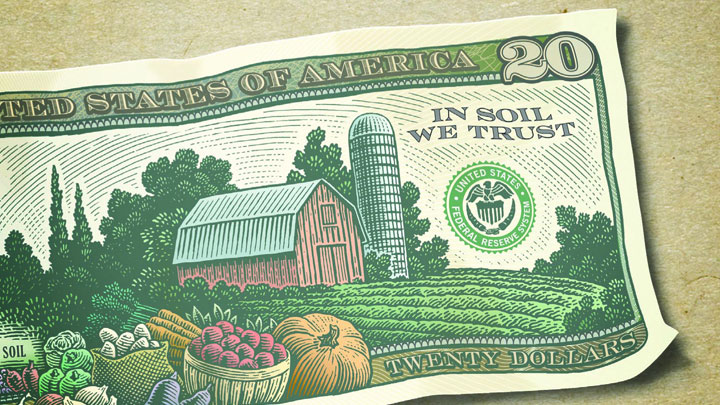 Part one is subject to considerable debate: Unlimited economic growth on a finite planet is an impossibility. While few economists acknowledge this reality, it’s there in the background nonetheless.

Part two is much more straightforward: Increased consumption is not synonymous with improved wellbeing. So why do we all focus on growing our consumption as our main economic indicator? It’s time to re-examine and re-align these priorities.

The Dow Jones may have increased 15 times since it was at 900 in 1968, but what does this actually mean for our culture? Are we actually 15 times better off? There are many pieces of this metric that are not consistent with improved wellbeing: spiraling medical bills, superfund sites, natural disasters, Twinkies, the 2.9 billion gallons of gasoline burned by American commuters in traffic, etc. All of this is counted in the Dow Jones as beneficial economic growth.

These issues weave in and around all of Slow Money’s initiatives. Since 2009, 17 chapters have formed (including one in France), as well as six investment clubs, and we’ve moved over $23 million into 185 small food enterprises through these local activities and our three national gatherings. It could be said that when the 4th national gathering gets together next month in Boulder, we will be inspired by presentations of dozens of small food entrepreneurs who are not only rebuilding local food systems around the country, but also pointing the way to the future that lies beyond consumption.

Consider the sequester, stubbornly high unemployment, a housing market that will take years to heal, unchecked environmental degradation and unbalanced economic growth. What picture of reality does a soaring Dow Jones give us in the context of these?

What it does tell us: we’ve just lived through the greatest legal accumulation of wealth in history, to use the words of venture capitalist John Doerr. Now, we have two choices. We can keep doing the same thing over and over again hoping for a different outcome. That is, we can keep putting all of our bets on the latest and greatest, ever-more complex and abstract trading strategies and ever-faster computer algorithms. Or we can begin to truly diversify our portfolio, go all the way from paper diversification to actual diversity, by putting some of our money into enterprises that we understand, near where we live. We can begin fixing the economy from the ground up.

This is exactly what we have begun to do under the banner of Slow Money.

Small and mid-size organic farms, creameries, grain mills, distribution companies, niche organic brands, restaurants that source as locally as possible, seed companies, urban farms and more — these small businesses emerging in communities across the country will change the way we see and interact with both our food and the economy.

What we're doing is about more than food. It's about what comes before the next financial collapse. It's about stemming soil erosion and promoting fiscal prudence, about slowing the depletion of aquifers and revitalizing Main Street, about reducing carbon in the atmosphere and building organic matter in the soil.

So during these heady days of Dow records, let us ask: Which is the longer shot? That in a world of gigantic financial institutions and a byzantine system of hyper-securitization, we will regulate our way to a better future? Or that, inspired by the rewards of working together at the local level, millions of us will begin to invest in food, farms and health. 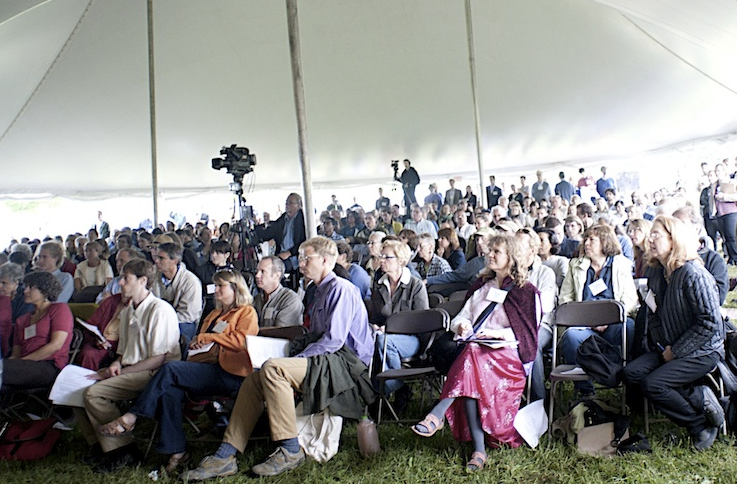