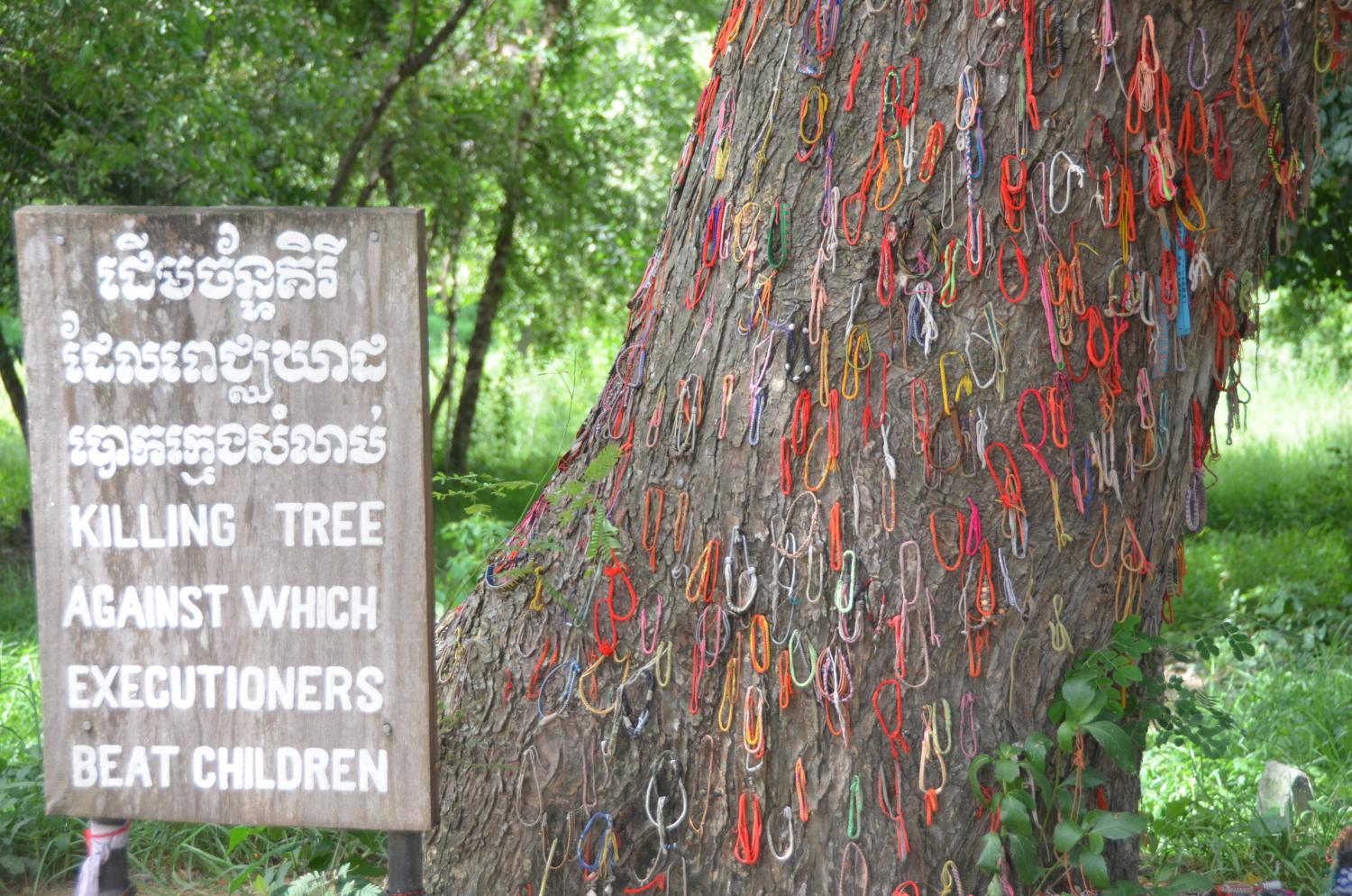 A tree at one of the hundreds of "Killing Fields" in Cambodia, where the Khmer Rouge orchestrated a mass genocide from 1975-1979.
Tragic History
The Khmer Rouge era in Cambodia is still fresh in the collective memory of this country.  Few other places have seen the very fabric of society ripped apart so thoroughly in such a short period of time.  In the wake of the Khmer Rouge and a protracted civil war that lasted until 1993, an immeasurable amount of NGO’s poured into the country in an attempt to help piece together the shattered remains of Cambodian civil society.

One of the side effects of this foreign intervention has been a lack of trust in Cambodian run institutions.  Uncertainty about the future and a heavy dose of skepticism regarding corruption led many Cambodians to view local institutions with a jaundiced eye.   A great example of this can be seen in the proliferation of the system of Tong Tin – where groups of friends, coworkers, and neighbors will form informal lending and savings groups.

Kiva’s MFI partners here in Cambodia share a common heritage: they were started as microfinance NGO’s, and later morphed into for profit institutions run by locals (most of this has occurred in the last 10 to 12 years).  Most Cambodians lack the minimum investment to open a savings account at a formal bank, or collateral to post for small loans.  As a safer alternative to the Tong Tin system, MFIs in Cambodia are able to offer high interest savings accounts (earning around 10% interest per annum), and help micro-entrepreneurs engage in the long process of rebuilding their country from the ground up. 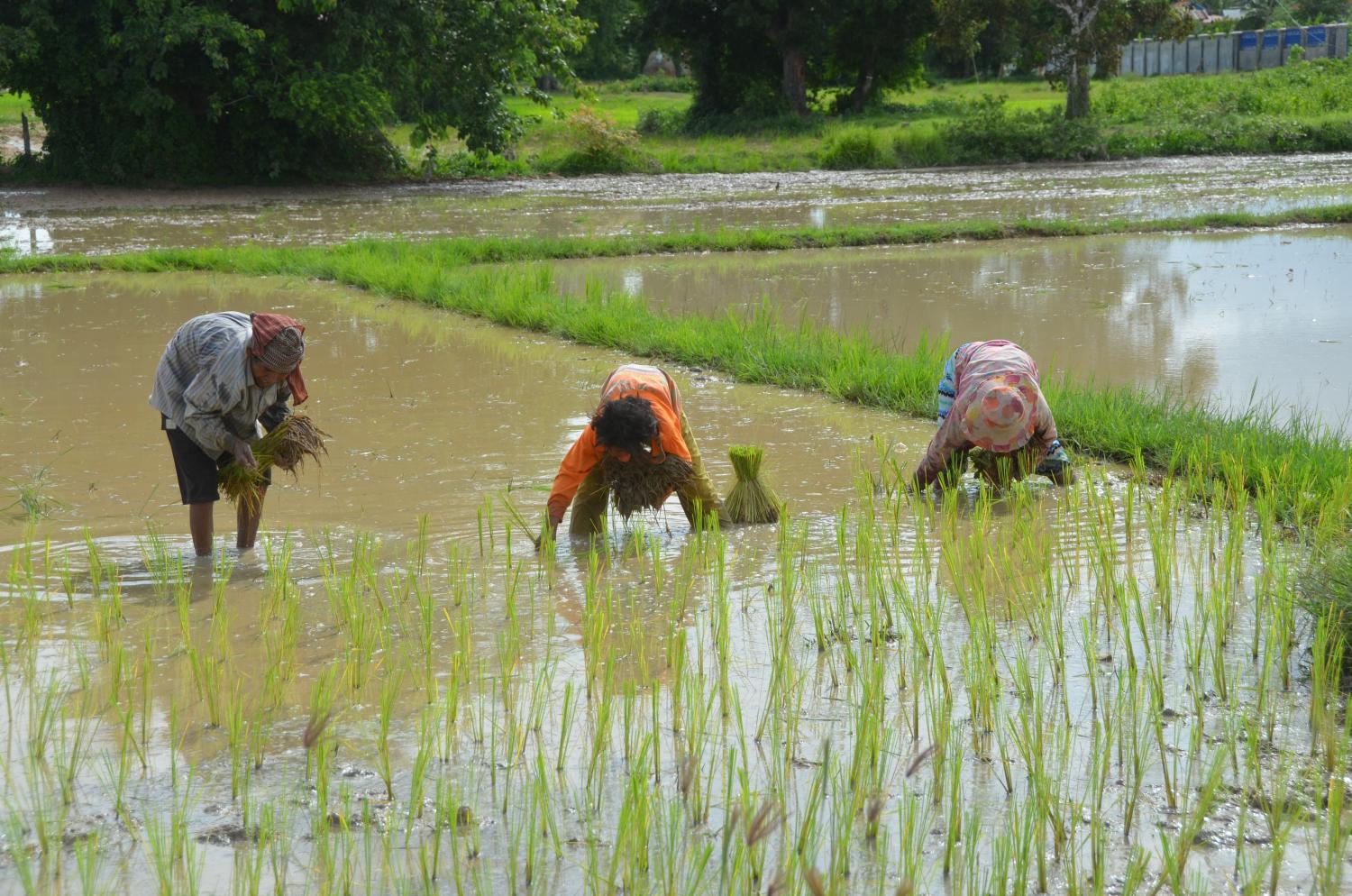 Most Cambodians are working hard to improve their own future as they see fit. Enabling them to do so is a much more effective strategy than providing handouts.
No Magic Bullet
It is unreasonable to think that any single action or service can immediately restore Cambodia to its historical grandeur.  Before the Khmer Rouge, Cambodia was subjected to a long period of imperialism that also served to sap its strength.  However, microfinance is an important arrow in the quiver of services and institutions needed to promote development.

Rather than providing handouts with strings attached that mainly serve the purpose of making foreign governments and donors feel good about themselves, MFIs in Cambodia are enabling a vast multitude of micro entrepreneurs to improve their lives as they see fit.  As these MFIs grow larger and more complex, they also play an important role in strengthening confidence in local institutions. 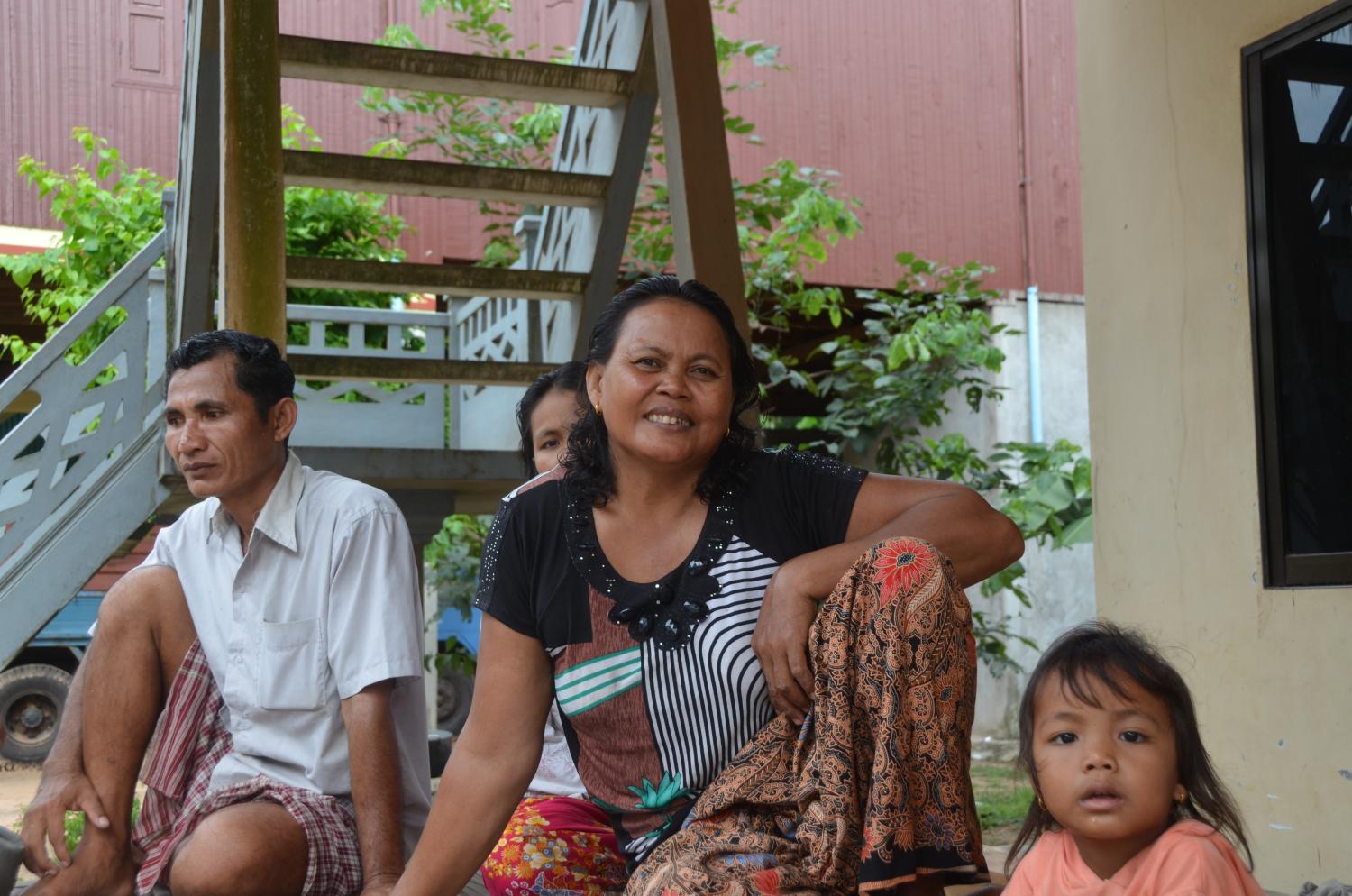 Kiva borrower Nom with her family. Loans to purchase fertilizer for her rice and cassava crops have enabled her to expand her farmland, improve her house, and produce rice wine to sell for cooking.
Kiva’s Role
Microfinance is a competitive market in Cambodia.  Many small MFIs have evolved into very large institutions with the goal of becoming formal commercial banks.  Other MFIs are decidedly more socially oriented, and limit their services to those who have the greatest ‘need’.  Microfinance purists may decry the actions of some MFIs as they evolve into commercial banks – but it can also be seen as the development of a stable and crucial industry, especially when managed by locals.  Besides services, banks provide stable, good paying jobs in a country that is severely lacking in this area.

The beauty of Kiva capital is that it is provided at 0% interest to the MFI partner, and it is extremely risk-tolerant.  Forty Kiva lenders providing $25 each are much more willing to support an untested borrower with little collateral than one institution providing $1000.  This allows institutions to expand socially oriented services to marginalized clients, when they otherwise might be more inclined to serve less risky clients who are already better off.  Kiva capital acts as an impetus to encourage the development of high impact, risky loan products in areas that would otherwise be deemed a poor investment.

As Cambodian MFIs continue to invest in the hopes and dreams of locals, their clients also build trust and confidence in their own homegrown institutions.  This dignified, sustainable model of development has the potential to provide more lasting impact than the “hand-out” model common in many forms of development. 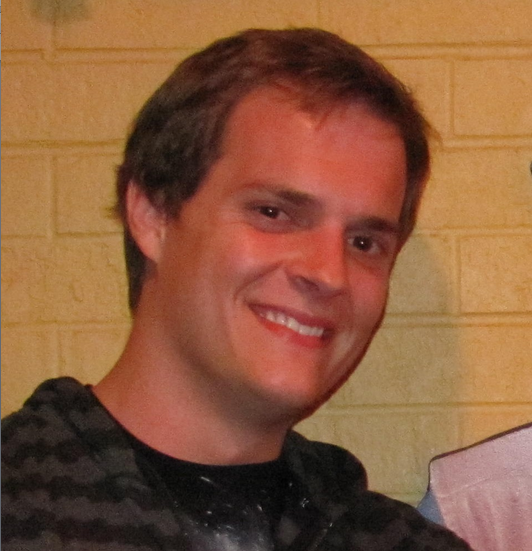 John grew up in San Francisco and San Diego, California. His father was a hematologist, focusing his research on high altitude rural communities. John was inspired by his legacy of positively impacting individuals in developing countries, and this is what led him to study Chinese Studies and Political Science at the University of California at San Diego. After graduating in 2009, he started working at an organization dedicated to assisting wounded veterans and their families. While his work experience has been focused on program management and administration, he has also studied non-profit management and finance through UCSD extension. He is interested in the use of business principles to address social challenges in a sustainable fashion, which led him to the Kiva Fellows program. He is placed with four well-established Kiva MFI partners in Cambodia, and is excited for the varying perspectives and methods he will be exposed to!