Treat each one like gold: the power of Kiva Zip

Prior to becoming a Kiva Zip Fellow, I had not seen examples of microlending in the U.S. and initially questioned what kind of impact a Kiva microloan could have here compared to countries in which a dollar stretches much further.  However, after serving three months as a fellow in Newark, NJ, I have seen first-hand the power each Kiva Zip loan has.
While creative and determined small business owners abound in this country, 3,000 of them are turned down for loans by banks every day.  The need for capital is great and Kiva Zip provides a platform to meet it.  Beyond the capital aspect, I have been moved by the support of the Kiva lending community and have witnessed the positive effect that participating in Kiva Zip and receiving a loan can have on the confidence and enthusiasm of an entrepreneur that has often heard "no" from financial institutions.
Back in June, the Greater Newark Enterprise Corporation (GNEC) was holding its annual Opportunities and Awards breakfast and CEO Mike Wall had planned for my Kiva booth to be set-up next to where Carey M. Hamilton Sr. and his wife Jennifer would be sampling their signature healthy collard green egg rolls.  Mike thought Carey's A Taste of Soul Catering LLC business would be a good fit for the Kiva Zip loan platform and I only needed to smell the collard green egg rolls to know he was right. 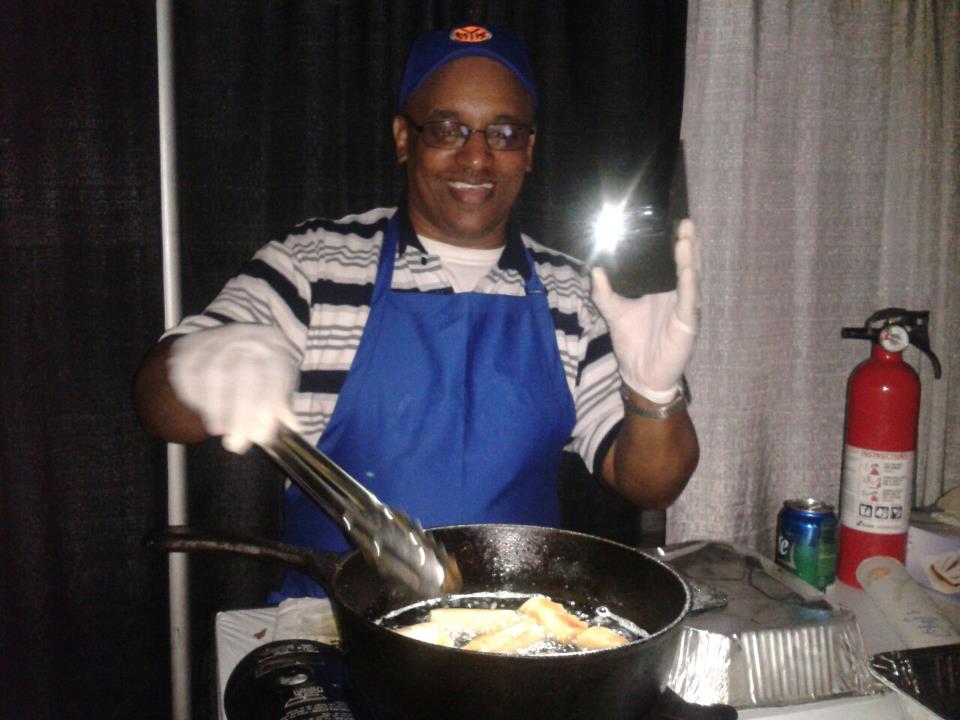 Carey is a lifelong Newark resident with a passion for his city.  With a full-time job and the support of his first wife, Carey began A Taste of Soul Catering in the early 1990s as a side job.  When his first wife became ill and passed away, Carey was faced with the challenge of supporting their two boys on his own.  With this renewed motivation, Carey began investing more time into A Taste of Soul and it has grown considerably in recent years.
When I met Carey and Jennifer they explained to me that in the past year a lot of excitement had been building around their collard green egg roll.  Seemingly overnight, they had grocery chains knocking at their door, hoping to carry the item in their store.
With support and training from GNEC, Carey developed a business plan to expand the business in a way that would allow him to secure purchase orders from national grocery chains.  While there was no lack of passion and planning, there was a lack of capital.  Without access to affordable capital, Carey was unable to move forward with plans for expansion.
That's where Kiva Zip came in.  With GNEC serving as Carey's trustee, Carey applied for and was approved for a $5,000 interest-free Kiva Zip loan.  Carey's loan was posted to Kiva on a Monday morning and within minutes, the contributions started to come in from lenders around the world who were moved by Carey's story and vision.
In a stark contrast, that same Monday morning saw Carey and Jennifer dealing with a crisis.  While waiting at the bus stop to go to work, Jennifer was mugged and physically attacked.  She had to be taken to the ER and has spent the weeks since recovering physically and emotionally.
Carey and I spoke right after the incident and kept missing each other in the days that followed.  By the time we connected, five days had past since the loan was posted and it was already fully funded by a community of 116 lenders.
Carey called Kiva their "miracle" and we talked about how at the end of each trying day, he and Jen would go to Kiva Zip to check their loan to find encouraging messages from people nearby in New Jersey and around the world that they had never met.
Carey expressed to me how important these words were to them as they began the healing process and felt the power of the Kiva community.  We both remarked that it seemed that no matter what they were facing, Kiva Zip was a light that was buoying their spirits and giving them the confidence they needed to move forward in expanding their business.
I remember when Carey and I initially met about Kiva Zip and spoke about the crowdfunding model, he said about each lender's contribution: "If you don't treat each one like gold, how can you appreciate the end result?"

I knew then that he really understood the purpose of Kiva Zip - of a community coming together to support an entrepreneur to grow their business in a way that other financial institutions would or could not.  It was clear that this impact was not limited by Carey's geographical location. 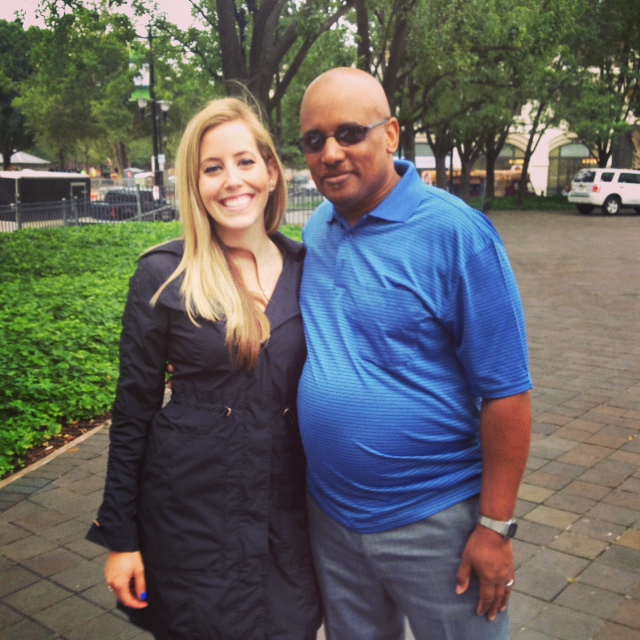 Carey's loan has now been disbursed and he and Jennifer are able to move forward with the plans to expand their business.  Additionally, Carey has referred a fellow entrepreneur to Kiva Zip and he hopes to serve as a trustee for her.  As this positive cycle perpetuates within a community, the impact of Kiva Zip will be boundless.
To help support more entrepreneurs like Carey, make a loan today on Kiva Zip!
Share on:

Sara was born and raised in Lexington, Massachusetts and graduated with her BA in International Affairs and Spanish from The University of New Hampshire. Starting with an exchange trip to Costa Rica in high school, Sara fell in love with traveling and has since spent time in Central and South America, Europe and Southeast Asia. After graduating from college, Sara worked for four years at EF Foundation for Foreign Study, a global nonprofit organization dedicated to promoting international education and fostering cultural awareness through student exchange. Currently living in New York City and studying at Columbia’s School of International and Public Affairs, Sara plans to pursue a career in international development with a focus on the alleviation of poverty through the innovation and creativity of affected individuals and communities. She is thrilled to be working as a Kiva Zip Fellow this summer and looks forward to contributing to the success of this new initiative.