Lighting the way for a safer solar powered future in Mali with NOTS Lampe Solaire!

Kiva is proud and excited to present to our lender community a new partnership with NOTS Lampe Solaire, bringing safe and affordable solar lamps to underserved populations across Mali!
Since gaining its independence in 1960, Mali has been blighted by decades of droughts, rebellions and political instability that have left the country drained of its resources and desperately lacking in basic infrastructure. Today, more than half of the population lives below the international poverty line of $1.25 a day, while over 10 million Malians lack access to electricity and rely instead on costly and often harmful alternative sources of lighting like kerosene lamps. These lamps often lead to serious health problems, air pollution, and in-house fires.

NOTS Lampe Solaire is an exciting for-profit social enterprise that is helping the Malian light shine a little brighter in two innovative and important ways:

1) By selling and distributing solar lamps with a goal  to replace all kerosene lamps in Mali with clean, safe solar alternatives by the end of 2016.
2) By promoting economic growth and women’s empowerment through the lamp distribution centers.


NOTS Lampe Solaire is one of only two solar lamp distributors in Mali, and so Kiva is very excited to be supporting an organization that seeks to do vital work in such an underserved country. While most other impact investors have avoided working in Mali due to its unstable status, NOTS Lampe Solaire has embraced the opportunity to make a tangible difference in the country and hopes to encourage others to do the same.
By replacing kerosene lamps, solar lamps make homes safer and more productive, reduce air pollution, facilitate convenient mobile phone charging, and provide households with savings of $60 to $100 per year. In a region where only 3% to 7% of the rural population has access to electricity, NOTS Lampe Solaire’s efforts to bring solar energy to rural Malian communities is invaluable.
In addition to reducing the medical and environmental risks associated to kerosene, NOTS Lampe Solaire is striving to promote economic development through its distribution centers. The organization initially began supplying solar products through established retail locations across the country but has since expanded to work with women’s associations. These associations train their members to set up small businesses selling lamps in their local communities.


NOTS Lampe Solaire aims to become self-sustaining and replicable in other West African countries over the next two to three years. In this way, any profits generated by lamp sales are reinvested into the organization to enable this expansion. Kiva’s lenders’ funds will not only help NOTS Lampe Solaire to expand, but they will also enable the organization to offer capital to distributors at 0% interest, keeping the solar lamps affordable and accessible to those that need them the most.

Have questions about Kiva's field partnerships? Send them our way at blog@kiva.org. 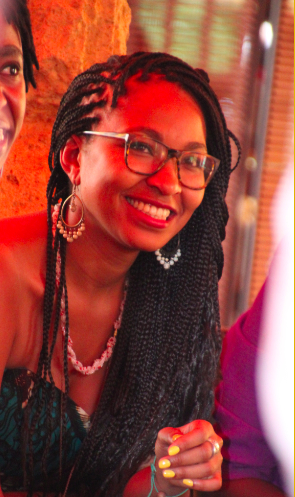