This is a blog post by Kiva Zip Fellow Mitchell Adams, based in Little Rock, AR.

On Tuesday October 8th, Kiva co-founder Matt Flannery will be in Little Rock, Arkansas, to speak at the joint Winthrop Rockefeller Institute-Clinton School of Public Service conference on social entrepreneurship in Arkansas: "Social Entrepreneurs: Doing Well By Doing Good".
The conference will be hosted in the William J. Clinton Presidential Center from 3:00 PM - 6:30 PM. Kiva has operated since 2005 with the purpose of funding entrepreneurs and small businesses around the world with crowd-funded, zero-interest loans. During this time, Kiva has funded over one million borrowers located throughout 72 countries. In 2011, Kiva launched Kiva Zip with the intent of applying its successful model to the United States. In 2012, Kiva Zip came to Arkansas. 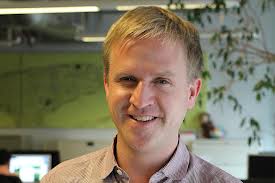 Though Kiva Zip only recently made its way to the state of Arkansas, the impact of its presence has already been felt deeply by the state's entrepreneurial community. Kiva's crowd-funded, zero-interest loans have helped to support a wide array of Arkansans looking for financial support. Borrowers have come from an array of different occupations in Arkansas, including farmers, artists, authors, restaurant owners, and many more.
To date, Kiva Zip has funded 41 borrowers within Arkansas (some having borrowed multiple times). Furthermore, there have been 26 trustees who have endorsed borrowers, allowing them to apply for loans through Kiva Zip. This community has made it possible for small businesses to reach new heights within local communities. However, they didn't get there by themselves.

Lenders play a prominent role in the Kiva Zip model. Without them, loans could not be funded. The individuals that choose to go online and give their own money to see someone else's dream come true are the driving force behind the Kiva Zip program.

Within Arkansas, their influence can be clearly seen. Approximately 1,690 lenders have contributed funds to projects in Arkansas. These individuals have lent from all over the world, including Australia, Germany, China, and Finland. These connections not only act as brand ambassadors for the borrower, but also provide moral support and a sense of confidence for borrowers.
Though there has been considerable progress already made in Arkansas through Kiva Zip, there is still work to do. There are still many entrepreneurs and small business owners in the state that need help.
Kiva Zip is currently looking to expand the community of borrowers, trustees, and lenders in Arkansas in order to support development in many different types of business communities and to many different types of borrowers. In order for this to happen, borrowers, trustees, and lenders must be engaged within the state. One goal of the conference is to engage the Arkansas community so that Kiva Zip can expand its reach and support those in need throughout the state.


Author Bio: Mitchell Adams grew up in Morrilton, Arkansas. He holds a BA in International Studies, with a focus in economic policy and development, from the University of Central Arkansas. After graduation, Mitchell began attending the Clinton School of Public Service in Little Rock, Arkansas, where he is pursuing an MPS in Public Service. His time at the Clinton School has led him to Delhi, India, where he coordinated training and tested sessions for various non-profits, as well as to Busua, Ghana, where he developed sustainable policies for a local school. Mitchell is working with Kiva Zip in Arkansas to expand the Kiva community within the state. 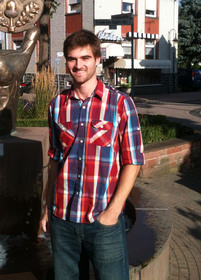 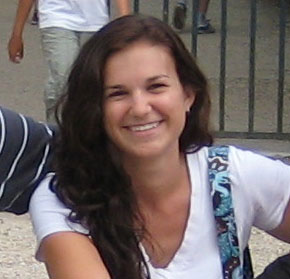