We can all remember an incident in our lives that resulted in a significant, unexpected change of direction. Maybe it was meeting your spouse, maybe a temporary or summer job which opened your eyes to a career you never thought of for you. For me it was taking a course in my senior year with students in first year dentistry, a career I never considered. What I learned from them led me to apply and the rest is history.

Sartoyo’s parents are farmers and live in a small village west of Cilacap. They wanted their youngest son to have an education with the hope of a better economic future than theirs. The income from selling their farm produce covered basic living. There was no extra for the tuition needed for Sartoyo to go to high school. They went to the water to fish and catch crabs which raised enough extra money for the tuition. Sartoyo was very grateful. His vision after graduating was to get a trade by studying further at a vocational school but he couldn’t burden his aging parents for more money. He had never even heard of the National Maritime Academy (AMN) and a career in the merchant marine. 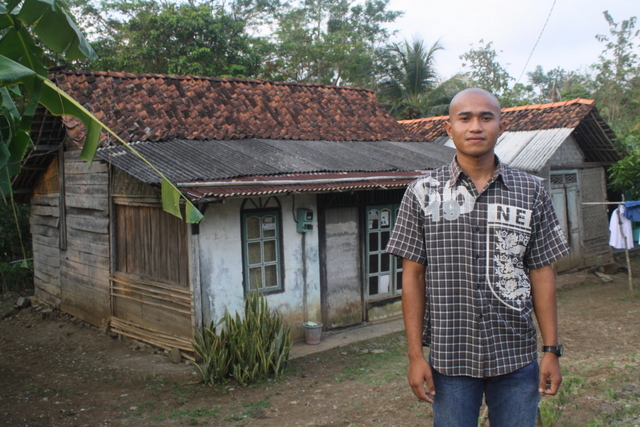 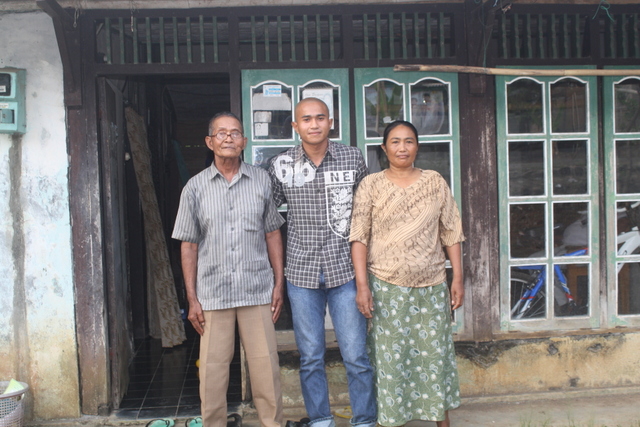 With Mother and Father
His father is a leader of a group who farm land owned by the YSBS Foundation. YSBS also runs AMN. Some people at the foundation learned from him about his son and told him about Kiva loans for AMN. Sartoyo heard from his father in June and started at the school in August. That was truly a turning point.

A job in the merchant marine will give Sartoyo a career which will put him in a strong economic position in Indonesia. I asked him what his hope is for the future, he said “to pay back his loan and make his parents happy” which means to provide for them. He mentioned nothing about himself.

He started commuting to school an hour each way by bicycle. His mother was concerned about his safety riding ten Kilometers in the rain, after dark with no lights etc. They stepped up to the plate again and came up with enough money to buy a used motorcycle. They needed about $350 for a decent used one. Sartoyo’ aunt contributed $100, Mom sold rice padi (seeds) which brought in $140. His parents went back to the water for fish and crabs to raise the rest. He said “it is a good reliable bike”. 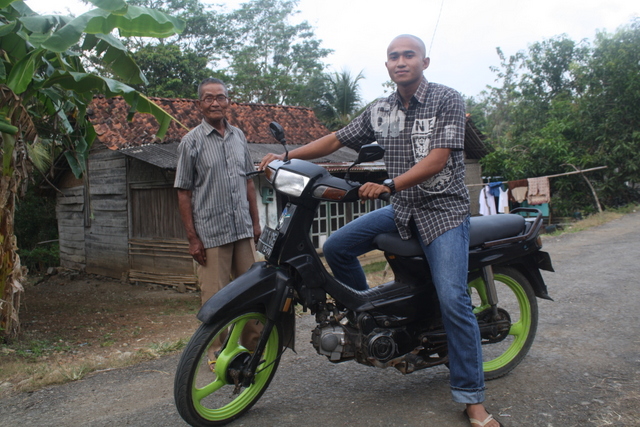 His Relibale Motor Bike
When we visited his family home, Mom kept bringing out more food than we could possibly eat sereved with sweet tea of course. They couldn’t see us leaving empty handed. They loaded a big sack of Casava into the back of our truck and gave us each a bag of Lemet (cassava and palm sugar) which is a desert steamed in banana leaves. 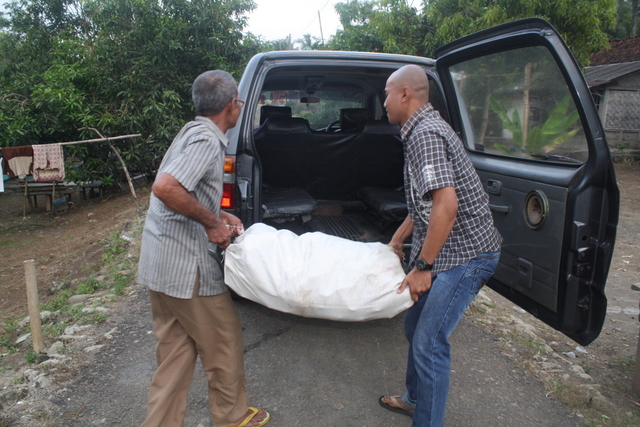 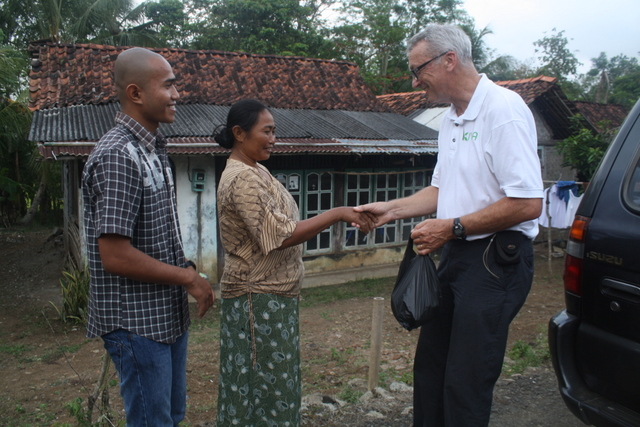 Sweet Gifts
I am sure Sartoyo will never forget that defining moment and the lenders on Kiva who changed his life in a very significant way.
Share on: 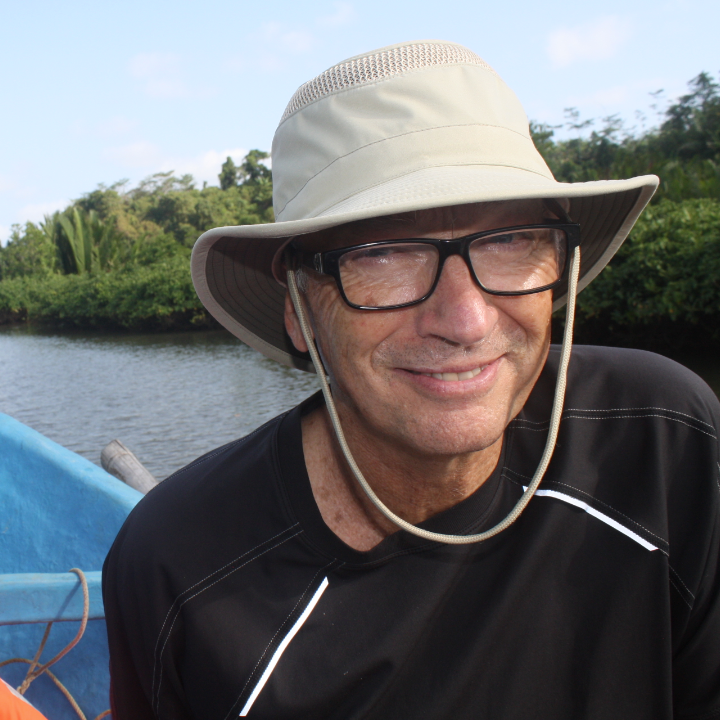 Ron grew up in Charlottetown, Prince Edward Island, Canada’s smallest province on the east coast. He graduated from Dentistry at Dalhousie University in Halifax and practiced for 25 years in Richmond, BC, on the west coast. Through the school of hard knocks he learned the importance of good business management and financial planning. That motivated him to learn more about these subjects. He took management seminars and received a certificate in financial planning from the Canadian Institute of Financial Planning. He retired from dentistry and started a consulting business helping individuals and small business owners with money management and financial planning. From 1999 to 2012 he was a director of a company (CDSPI) which provides financial solutions for dentists across Canada. He organizes and mentors a financial planning study group for people in his own community of Delta, B.C. Ron’s goal with this group and his clients is to empower them to be more financially responsible. This dovetails perfectly with Kiva’s mission to help people pull themselves up by their own boot straps. The Kiva fellowship is a great opportunity to apply this philosophy using his experience.