When asked to point to Suriname on a map, many people would be hard pressed to find it. The small country located at the top of South America is home to just over half a million people -- smaller than the population of San Francisco. And its economy is almost entirely dependent on the mining of bauxite -- a main source of aluminum. Only about 25% of the population is engaged in agricultural activities, and the economic disparity between rural and urban regions is distinct.

Given all these conditions, many farmers in Suriname find themselves scraping by at the subsistence level. On top of that, they are often excluded from the country's formal banking system because they loans they need are too small to be profitable for banks, and they are perceived to be too risky as borrowers. This is where Kiva comes in with new field partner SEVA to provide patient, risk-tolerant capital to people who could truly use it to change heir lives.

Right now, we have 5 loans posted for farmers working with SEVA. All of them hope to use the credit to purchase fertilizers and pesticides so they can get more food out of their land. For many of these families, this sort of breakthrough could make all the difference. 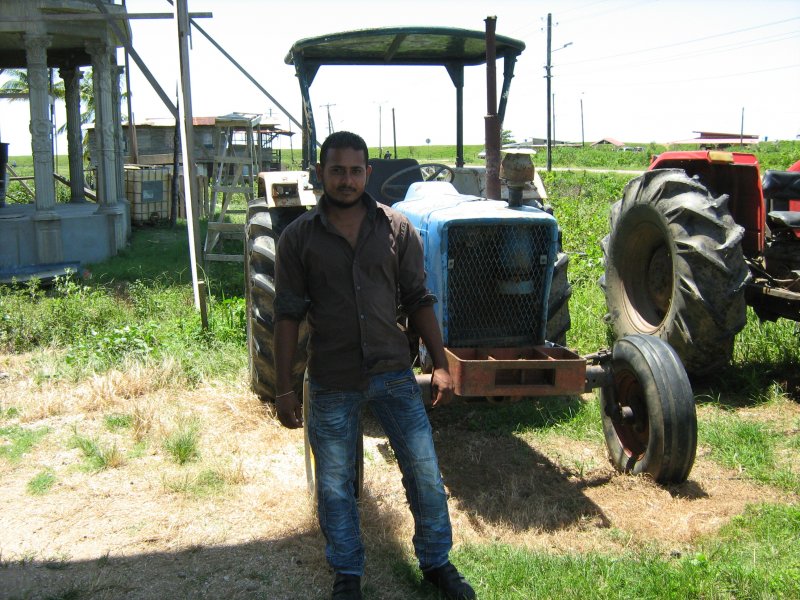 At age 24, he already has a wife and child. Right now, they are living with his parents, helping them grow and harvest rice. His father owns a tractor, which makes the work easier, but they still need the fertilizer and pesticides to ward off nasty bugs that routinely destroy crops in the region. Last year, he started renting additional plots to increase his family's rice production, but his real goal is to save up enough money to buy his own rice plots and take care of his family.

The Seva Network Foundation is an international organization based in the Netherlands that promotes entrepreneurship in poor and marginalized communities throughout the world. In 2004, the organization decided to focus a new effort on Suriname with a project called "Silent Poverty, the forgotten workers of Nickerie and Saramacca." The initiative was prompted by the 2002 closure of the Surland farm in that region, causing 5,000 people to lose their jobs. Nickerie and Saramacca are home to the country's traditional granaries, making them ideal for rice production.

Kive lenders funds help Seva reach even more farmers in these areas. Suriname's microfinance sector is poorly developed, and without the help of organizations like Kiva, many farmers would never get the credit they need to grow  their businesses. Seva's ultimate objective is to make itself obsolete for these farmers by helping them become sustainable and successful entrepreneurs. Once they do, they can graduate from the Seva program and qualify for loans through commercial banks.

If this experiment is successful, Seva plans to push its initiative further inland to reach financially excluded and geographically isolated populations in Suriname's Amazon rainforest.

Want to support a farmer in Suriname today? Make a loan through Seva!

Have questions about Kiva's Field Partnerships? Send them our way at blog@kiva.org.