I sat still listening to Antonio.  His words carefully descended his hand-written business plan. His dreams on paper.  A sip from sugarcane sweetened, hand-squeezed limonada.  The cool stainless steel cup set next to a dormant orchid, one of the countless pots lining the rim of Antonio's flowering patio.  I shifted my weight on the make-shift hardwood bench to get a better view of the family dog frozen in a sun-soaked, belly-rub slumber. On turning the final page, I applauded Antonio with my co-workers.  The scarecrow straw hat shading this simply wise pioneer could not hide his proud smile. 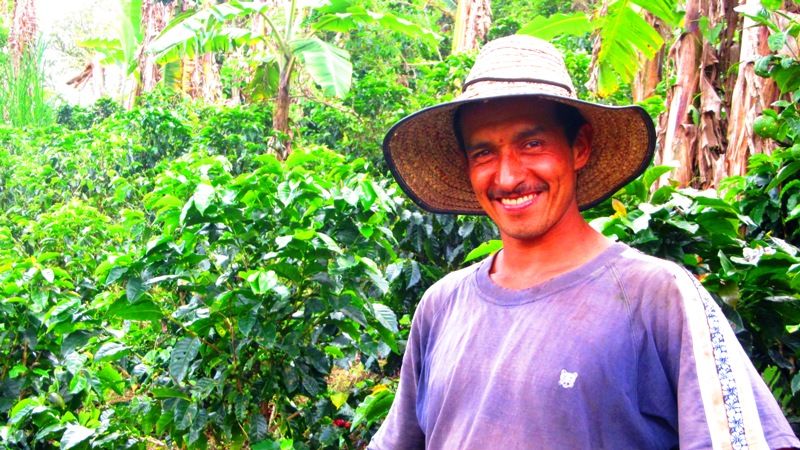 Despite Colombia’s lucrative coffee history, local farmers in the region of Cauca have been undercut in the global marketplace.  Reaching the lowest commodity price in seven-years, facing an unprecedented environmental supply shock, and exhausted with excessive government control, rural coffee farmers are looking for an alternative to conventional coffee farming practices.

One of Kiva’s newest field partners, Federacion Campesina del Cauca (FCC), is a cooperative of rural coffee farmers making the transition to organic coffee farming. As a Kiva fellow in Colombia, I had the privilege to work with FCC, as a part of Kiva’s catalytic loan portfolio.  Let me share a quick example of FCC’s everyday success:

After 20+ years growing conventional coffee, Antonio took the risk to go organic. He left behind the security of subsidies and the ease of comprehensive chemical cocktails.  In fact, almost all farmers in Colombia rely on chemical fertilizers and government packages because their upfront costs are cheaper. In contrast, Antonio has a long-term dream for a wholly organic coffee crop that looks like independence, health, and balance.

·  Health
·  Balance
During my afternoon on Antonio's simple patio, I felt a “calor de casa” (the warmth of home) distinct to Latin America.  Antonio's elderly mother-in-law picked, squeezed, and delivered that fresh limonada.  Naming each flower, Antonio bragged of his wife's gardening as she blushed and left the patio, child at her hip. Grabbing a re-purposed iron trash bin, Antonio proudly showed us his son's innovation for packing coffee.  With a sheepish head-shake, his son kept pounding away on the new roof.  I recognized the wood as the same from my seat, the beams of the patio, the stable, the kitchen cabinets...  Everything in sight had fingerprints. 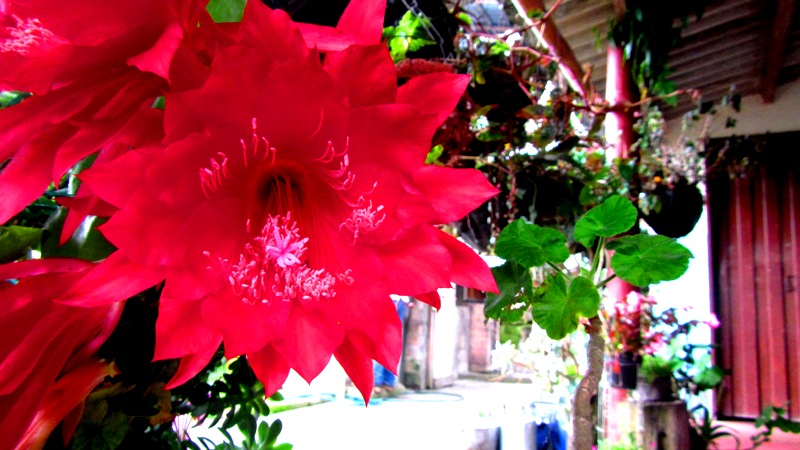 When we applauded Antonio for his remarkable success, he commented, that “Uno sabe que esta logrando sus metas cuando esta soñando despierto,” (“You know you are reaching your goals when you dream with eyes wide open,”).  I sat for a while chewing on that idea.  By going organic, Antonio has an independent, healthy, and balanced farm that provides the sustenance for his family's needs.   There is no longer a need to look elsewhere. 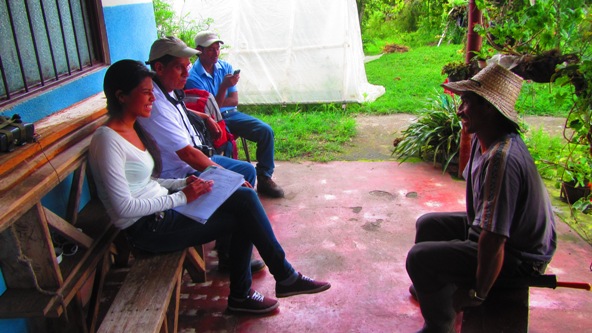 Local staff from FCC meet with Antonio and to collect information for his Kiva profile.
By partnering with Kiva, FCC will help farmers like Antonio transition away from conventional coffee growing and take the risk of going organic. So on behalf of all the Kiva borrowers in Colombia and the staff at FCC, thank you for your continued support of innovative microfinance through Kiva.  You can view Antonio's loan here and support similar organic loans here.

Finally, here is a video that I composed documenting Antonio’s organic process.  The original music and lyrics are written by FCC’s lead loan officer, Arlen Segura.


Translation of "The Farmer's Hymn" by Arlen Segura