3 Must-Know Insights on Kenya, Football and the FIFA World Cup

3 Must-Know Insights on Kenya, Football and the FIFA World Cup

Kenya is not one of the first 10 countries that come to mind when you think of a top class footbball team. It didn't qualify for this year's World Cup in Brazil. In fact, Kenya has never qualified to the FIFA World Cup. Rather, Kenya is well known for its world class rugby sevens squad and elite long distance runners.

Yet, many Kenyans still come together to watch or play the beautiful game. The love for the world's most popular sport is definitely evident all over Kenya.

Whether in rural or urban roads, you can spot a matatu, bus, 'boda boda' (motorbike), bicycle or tuk tuk decorated with football related motifs. I've been in buses that were completely covered, inside and out, in football club crests, colors, and images of players.

Here are three key insights about Kenyans, football and the FIFA World Cup I gathered from Moses (a Kenyan friend, avid Chelsea F.C. supporter and Kiva Coordinator at Milango) and from living in Kenya for 8 months.

Do Kenyans really like to watch football more than athletics or rugby?

Regardless of income level, Kenyans will spend their hard earned money to watch a their favorite football team. The English Premier League is the most watched league here. This video is an accurate anecdote of the effort some go through just to enjoy a match :

Many people don't have cable at home they gather at “stadiums”, local pubs that only screen football matches and charge an entry fee. The combination of passion and 'Tusker' lagers cause football-crazed crowds to forget about their economic or personal problems for 90 minutes as they share in the heart-stopping anticipation of a goal.

As my friend Moses puts it, “The hype, the talking, the analysis... the results, the joy and disappointments is what we look for in a match....The uncertainty about the match gives you a reason to watch it...the fact that we support different teams lights up the office...”. I've yet to see this many people behave this way for rugby or athletics.

Kenyan ingenuity and resilience is not just exemplified in the many startups and accelerators but also through its football-playing children. Despite not having the means to purchase manufactured balls, goals or boots many children focus on what they do have in order to experience the joy of playing football.

Children make their own balls and goal posts out of almost anything they can find. Jessica Hilltout captured similar scenes I've witnessed throughout urban and rural Kenya. She does a magnificent job recording the makeshift balls, goals and even boots that children make around Africa. Its almost as if she records the creativity and resilience of children despite challenging environments.

Even my friend Moses, currently a MBA candidate at the University of Nairobi, recounts how he had a similar experience: “I grew up in western [Kenya]. I did not have access to toys like modern children. But we made our own toys and I found football being played. I personally played football in rugged grassless fields upcountry barefoot. Everybody did that...”

Why are Kenyans in love with a sport they are not competitive in? When I asked Moses he candidly stated:  “although our national team has not qualified [for the FIFA World Cup] we still find other teams that we support and forget our own inability...We accept we are not as good as others and then find affiliations to teams we feel to support hoping that someday our own teams will rise up and make us proud.”

The shared experience and passion for the game seems to draw Kenyans to the sport even though their country isn't represented.

Another reason may also be that football helps people put aside their ethnic differences temporarily. Moses recalls that afternoon matches in his community were “... the only event among communities where I lived that united people.” Through football, children can imagine they are in another world:

Even adult supporters can feel connected to strangers as they passionately support a club or country based in another continent. This adult does.

This June and July, expect the powerful passion and delightful dreams of Kenyans from all social and ethnic categories to be focused on the FIFA World Cup. 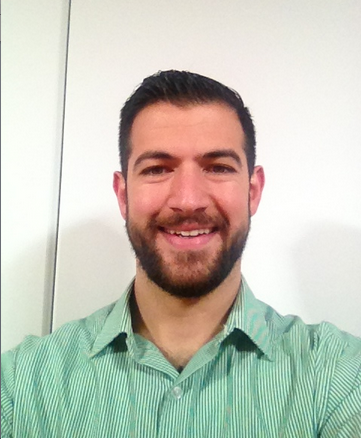 David was raised in southern California very near to the Mexican border, which allowed him to grow up with an appreciation of multiple cultures and perspectives. Los Angeles is his second home after attending UCLA and working for a stock research company as a consultant. During David’s time at the University of California, Los Angeles, his interest in global affairs, traveling, foreign cultures and international development grew significantly, albeit without clear focus on what to do with that interest. As a consultant, he was able to grow his investing knowledge, become more interested in financial services and innovative technology. David decided to combine his interest in international development and financial services and pursue microfinance. This lead him to diligently study microfinance and volunteer as a Young Ambassador for Opportunity through Opportunity International. David hopes his experience as a Kiva Fellow will be just the beginning of a long career in microfinance.