A Better Life in Kenya's Rift Valley, $11 at a Time

Last week I travelled to Nakuru, a town to the northwest of Nairobi in Kenya's Rift Valley Province, about three hours away by matatu.  Matatus are the predominant mode of transport in Kenya and while they lack a few comforts - leg room, air conditioning, suspension, and any limit on the number of people that will attempt to fit inside one simultaneously - they have the benefits of being cheap, efficient and reliable, and handle Kenya's potholed roads reasonably well. 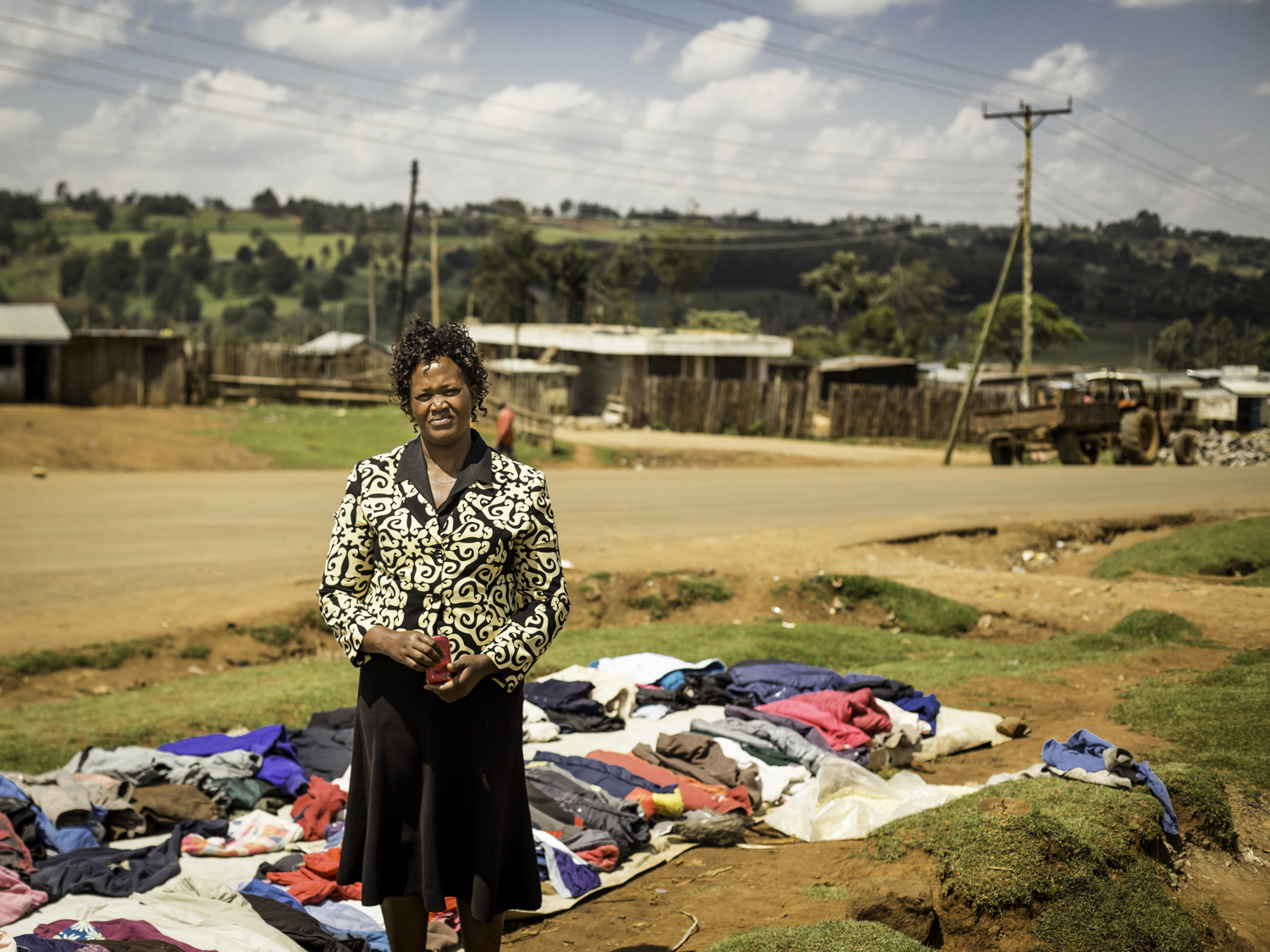 Jackline and her clothing business in Keringet
The reason for the journey was to visit one of Kiva's borrowers, Jackline, and her clothes selling business, and it turned out to be a long journey. After leaving Nairobi around 7am and making the three hour journey to Nakuru, we had to switch transportation several times, finally taking a taxi the final stretch to Keringet; a small one-road village surrounded on all sides by Mau Forest, the largest forest in East Africa.

By the side of the one road in Keringet is where I found Jackline, who had taken out a loan with SMEP Microfinance Bank, a partner of Kiva, to buy stock for her young thriving clothing business.  She smiled broadly as we approached and was eager to tell me about her new business and the impact that access to financial services was having on the life of her and her family. 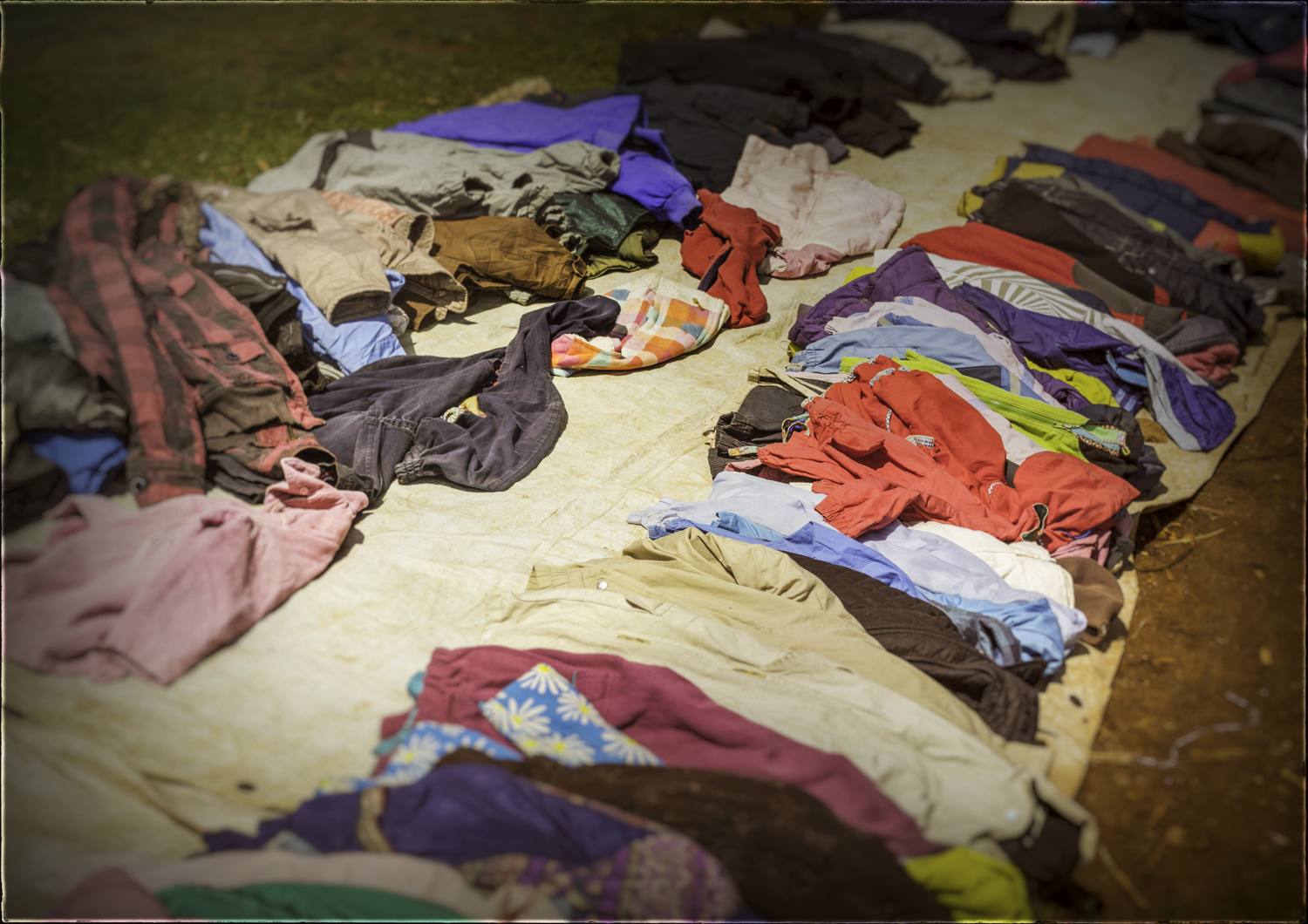 Despite already running a farm and having started selling clothes less than a year ago in addition to taking care of her two daughters at home, Jackline is now able to make around 1,000 Kenyan shillings a day, or about $11.  While that might not sound like much, in reality it's almost four times the average salary in Kenya, and represents a significant improvement in Jackline's quality of life.

I had brought with me a printout of Jackline's profile from the Kiva website and she listened excitedly as I explained that the small thumbnail images at the bottom of the page were pictures of the people who had read her story and had wanted to fund her loan.  It was great to make the personal connection and for Jackline to appreciate that people in the U.S., Europe, and elsewhere were invested in the growth and success of her business.

Half an hour later and our meeting was over; I thanked Jackline for her time and her hospitality, and we left to search for another overflowing taxi to begin the return journey.  Although the meeting was relatively brief, it brought home to me the way our world is changing.  At no previous point in history would it have been possible to imagine a scenario where a guy from England could meet with a woman in a village in rural Kenya, brought together by an organization conceived in Uganda and built in the U.S., to discuss the growth of a business supported by individuals in the Netherlands, Japan and Australia.  It's a privilege to be that guy from England.
Share on: 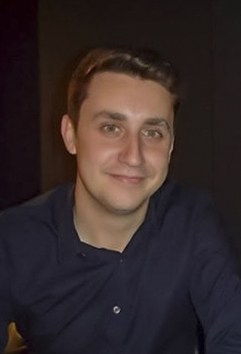 Steve is originally from the UK, but moved across the Atlantic in 2011 and has been living and working in Chicago for the past 3 years. After graduating from the University of Bristol with a degree in Mathematics, he began his career as a derivatives trader working for a leading financial services firm, and has subsequently worked in London, Amsterdam and Chicago. Alongside his professional career, Steve is actively engaged in the Chicago community, serving on the boards of two local non-profit organizations. Steve has always loved travel, photography and adventure, and his own personal highlights have included trekking in the Himalayas, sailing to Antarctica and camping in the Serengeti. Following previous voluntary roles in Tanzania and Guatemala, he is excited to have the opportunity to serve as a Kiva Fellow in Kenya and apply his expertise in finance and economics while continuing to learn about the on-the-ground realities of international development.