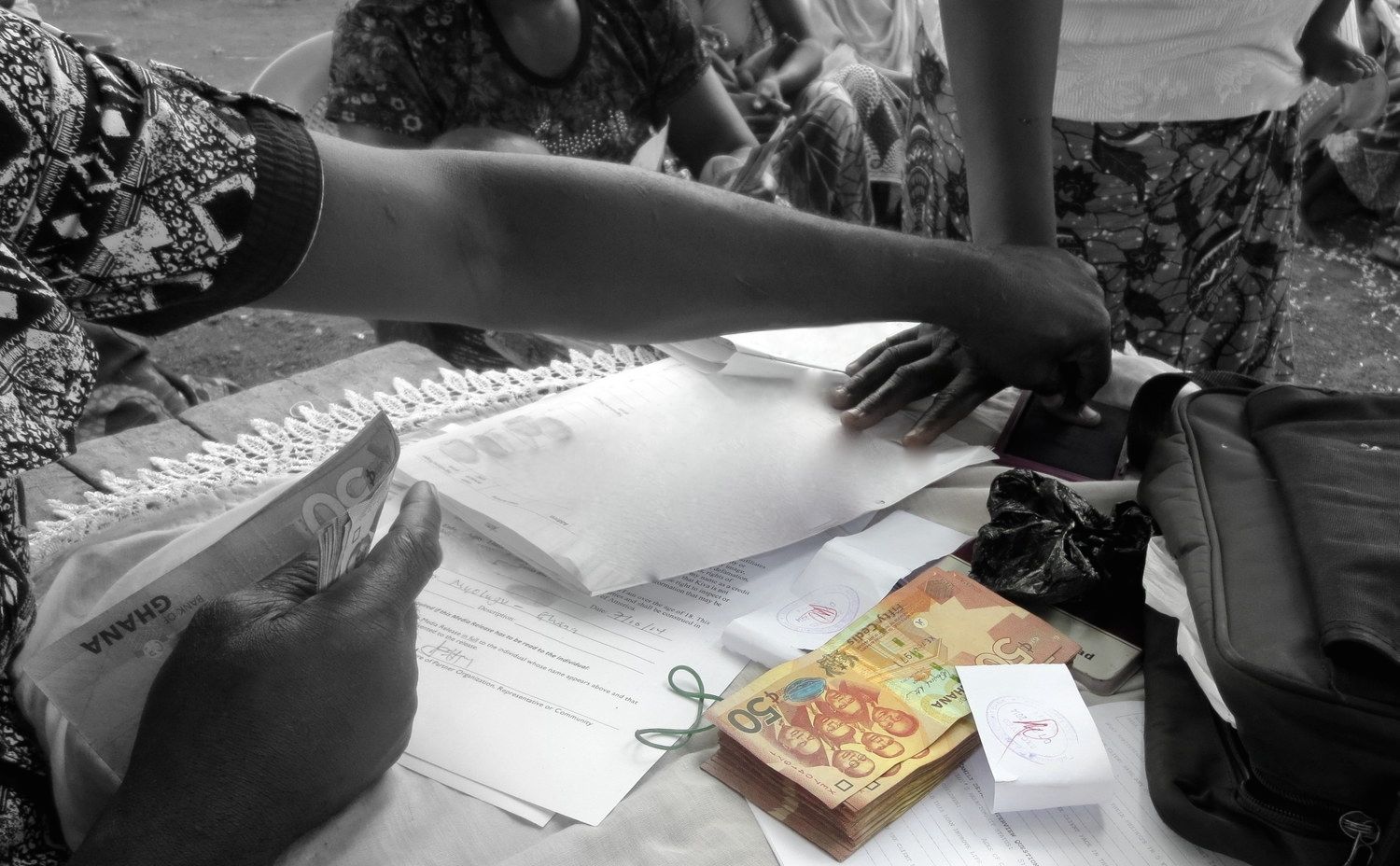 Microlending in Action
As currently the only Fellow serving in West Africa, I feel quite responsible for ensuring that I do my absolute best when representing not only Kiva (#KivaLove) but also my field partner and my American homeland. (My current partner is a microfinance organization called Grameen Ghana that serves clients in the Northern Region of Ghana. It is not affiliated with the Grameen Foundation but rather - per the organization’s Credit Manager - follows the model of the Grameen Bank in Bangladesh.) You can thus imagine my intimidation when I arrived in Nyolugu, a rural village about an hour outside of Tamale, earlier this week to greet almost 120 eager female Kiva borrowers and their many (repeat, many) children. On the way to the meeting, I was informed that these women’s groups of shea nut processors rise early on disbursal dates to travel to a predetermined location in the village in order to collectively receive funds from Grameen; they are usually quite prompt and awaiting disbursement by 9AM. Myself along with Grameen’s Credit Manager, the regional Credit Officer and a Shea Coordinator from another partner organization of Grameen’s (PlaNet Finance), however, did not arrive until about 1PM that day due to a late morning cash collection that was the result of a bank closure on a religious holiday the day before. It was further explained to me that these women’s groups don’t normally have their first meal until after their funds have been collected, so being late was quite unfortunate. (Welp. There go first impressions!)

At the Disbursement Table with Grameen's Credit Manager and Regional Credit Officer
The disbursement kicked off with a series of shouts as bringing multiple digit women and children to order is no easy task. In this particular village, there was a gentleman not from Grameen that initially began the calls to order. I came to later learn that this man was the Secretary of the groups. (As the majority of women in these groups cannot read or write, they need to identify to do so on their behalf in order to complete their loan applications. Group members are encouraged to act as Secretary as they are then authorized to accept disbursement funds on behalf of the groups. If a male/non-group member is appointed, he is unauthorized to handle group funds as there have been prior issues with the misappropriation of funds by male Secretaries.) Once the majority was organized, the Credit Manager gave a welcome speech, introduced the lot of us and said a prayer. He then separated the four groups (with almost thirty members in each) and asked each member to come forward one-by-one to receive their portion of the loan. The process was as follows: the Credit Manager counted the selected borrower’s amount; the Credit Manager asked the borrower to confirm the amount so as to solidify their understanding of their portion of the loan; once the borrower confirmed, the Credit Manager gave the funds to the group’s Treasurer to recount it; finally, once the Treasurer had recounted the funds, they were handed over to the borrower. Post this process - which lasted over two hours in duration - each group had their photo taken with a bowl of shea nuts for the Kiva website.

Multiple Women with a United Determination
Though this entire experience was totally foreign and definitely intimidating, I came away from it quite thankful. I was thankful that I did my research before coming to Ghana and learned that I should dress in moderate business casual attire out of respect as women traditionally dress in garb that cover them head-to-toe, that I should lather both mosquito repellent and sunscreen frequently and intently as meetings could occur outside and with sweating that never ceases, and that I should prepare for the unknown that could range from “up close and personal” interactions with children and sudden shifts in weather patterns. (If anyone actually knows how to fully strategize for ambiguous situations abroad, I applaud you). I was thankful that I had a collaborating party to explain my reason for being there to promote acceptance by the groups and to be seated at the disbursement table so that I could witness the funds being allocated first-hand. I was thankful to Kiva for partnering with Grameen Ghana so that these hundred plus women could gain that much more access to loans. Finally, I was thankful (and humbled) that these women would let me witness and photographically capture an act so intimate as receiving a loan.

A Featured and Pleased Kiva Client
Was I appreciative that the Credit Manager had us pack a lunch before we departed that morning? Of course! Was I even more grateful that we followed suit and waited until post disbursement to consume it? Without a doubt.

Post Disbursement - Impeccable Timing for a Storm to Commence 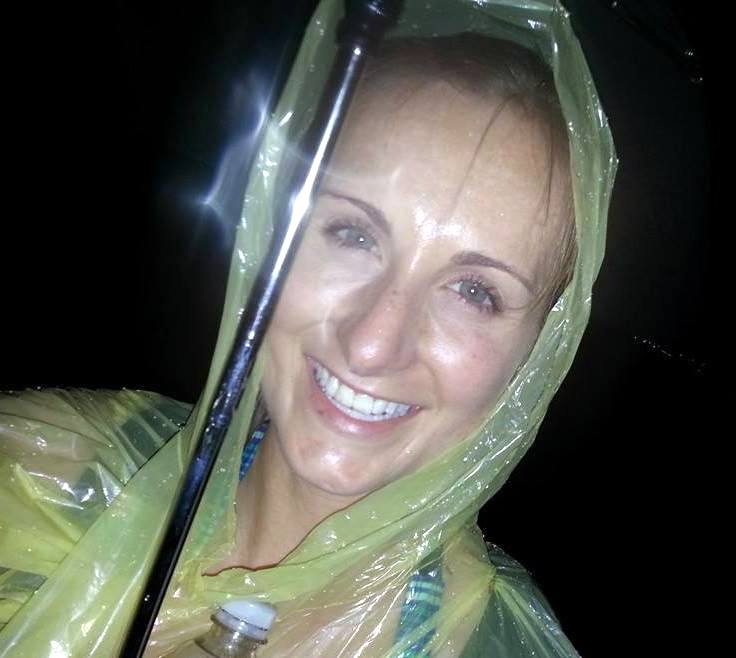 Shannon was born and raised in California with a youth spent in Roseville, college years lived in Los Angeles and adult life continuing to blossom in San Francisco. She has a double major in Accounting and Business Law, her CPA (though inactive) in California, experience serving on the Suicide Prevention Hotline and as a Court Appointed Special Advocate in San Francisco, and is about to conclude almost three years working as a recruiter for accounting and finance professionals in the Bay Area. Shannon’s international experience ranges from studying abroad in Madrid, to serving in the Peace Corps in Honduras, to traveling to a new location every two years for pleasure with her mother. Her passion is service, and she therefore cannot tell you how stoked she is to be serving as a Fellow for an organization that promotes what she has experienced to be the most sustainable development activity abroad: microfinance.