A+ Team - One million loans and counting

Lending teams are a vital part of Kiva's thriving community. Last month, one of our most active lending teams hit a milestone no other had: one million loans made. We invited one of their co-captains, Chris Allen, to tell us about what this achievement means to his team.
What are the odds that a group of Atheists and other non-believers in God would ever make one million no-interest loans to small business owners around the world? It’s just a guess: one in a million.
Yet, the A+ Team on Kiva has done just that. How, and more importantly, why? Quite simply, we know that it takes people to help people. “It gives me personal satisfaction to know that, in a small way, with each loan, I have been a positive force in the life of another human,” says Nancy Somers, an A+ Team member and co-captain.
Being the first of almost 40,000 teams on Kiva to reach the million loan milestone helps shatter a common stereotype that some Atheists and non-believers are uncaring, selfish people who lack a moral compass.
When it comes to giving, caring and sharing, the A+ Team’s compass points in every direction. Members have made loans to empower entrepreneurs in 88 countries. That’s every nation where Kiva has facilitated loans.
The A+ Team has contributed to nearly half of the loans funded through Kiva, according to Kiva’s Chelsa Bocci. Bocci, who serves as VP of Marketing & Community, adds that A+ Team loans span the entire breadth of Kiva’s work.
On average, each of the team’s 36,000 members has made more than two dozen loans. “Going forward, I hope this is just the starting point in a long and productive process that sees quality of life improve across the world,” says LenderJ, from San Francisco, California.
About seven in every 10 A+ Team loans have gone to women entrepreneurs or groups led by females. Most have supported agriculture, food and retail segments of the economy. A+ Team loans add up to almost $30,000,000. Thousands of dollars in new team loans are added daily!
When Kiva let its members create and manage teams, in 2008, lending kicked into overdrive. It rallied people with similar interests to band together, by creating distinct communities within Kiva. People from all walks of life, faiths and philosophies continue to respond to Kiva’s call to action.
Maria, who co-captains the Christian team on Kiva in Germany, believes “The work is a bridge between us!” She is referring to our common goal to alleviate poverty worldwide.
Making one million loans would not have been possible without Kiva, its supporters and field partners, extremely generous loan lenders and A+ Team co-captains.
Make a $25 loan with a repayment rate of better than 97% inspires lender confidence. Kiva’s use of photos enables each lender to see the face of virtually every person they choose to support. And by including a brief story about each entrepreneur, lenders gain some insight into their struggles and aspirations. This one-to-one connection promotes compassion.
The A+ Team’s eight co-captains, who come from the Australia, Germany, Canada and the United States, are hands-on volunteers who tend to the team and its members daily.
Innovations like the A+ Team’s “Convenience Store” make it easy for busy team members to choose from a group of hand-picked, short-term loans, considered low-risk and mostly secular.
The “A+ Team IMPACT Fund at Foundation Beyond Belief” is an endowment that ensures money contributed by donors will be loaned over and over again in perpetuity.
Team loan challenges encourage members to loan more money, more often. Team captains manage the team’s message board that has over 45,000 questions and comments. Our Facebook page, Twitter account and website keep members up to date.
Going forward, the A+ Team will continue to help the least advantaged among us succeed, with no expectation of a reward.
Do you want to enrich the lives of people around the world? Become an active lender on Kiva. Join our team or others that mirror your passions.
“A+” has a double meaning. It stands for: Atheists, Agnostics, Skeptics, Freethinkers, Secular Humanists and the Non-Religious. “A+” is also a symbol of achievement and excellence.
Reaching one millions loans is an important milestone. But economic inequality persists. Going forward, with humility, passion and goodwill towards all, the A+ Team will strive to live up to its name. 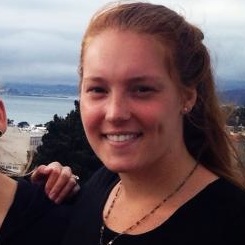 Aurora hails from New England and has a background in communications, systems management and economic development. She first realized her passion for nonprofits leveraging social media while working in web communications at MSF. She is incredibly excited to join the content team at Kiva and explore the juncture of technology and international development more thoroughly. She spent nearly a year working in Tanzania with students and was lucky enough to witness the spirit of small-scale entrepreneurship and how it impacts communities firsthand. She holds a BA from Princeton University where she concentrated in politics and was a member of the varsity swimming and diving team. Aurora is a long-suffering, occasionally jubilant, Arsenal fan and copes with being dog-less by volunteering at the SF SPCA.