Every time I walk into one of CIDRE’s offices in Bolivia, I always stop and take a look at their street sign. I’m not sure why, it’s a weird habit that reminds me of where I am, who I am working with, and the amazing opportunity that has been afforded to me as a Kiva Fellow. This past week, however, when walking into one of CIDRE’s branch offices I thought to myself, “I see this sign and I know that it means ‘loans available here’, but how do entrepreneurs know that they can get access to tool at CIDRE that could help change their lives?” Microfinace, after all, has as much to do with access to credit as it has to with anything, so I started asking around….how do people find out about CIDRE? 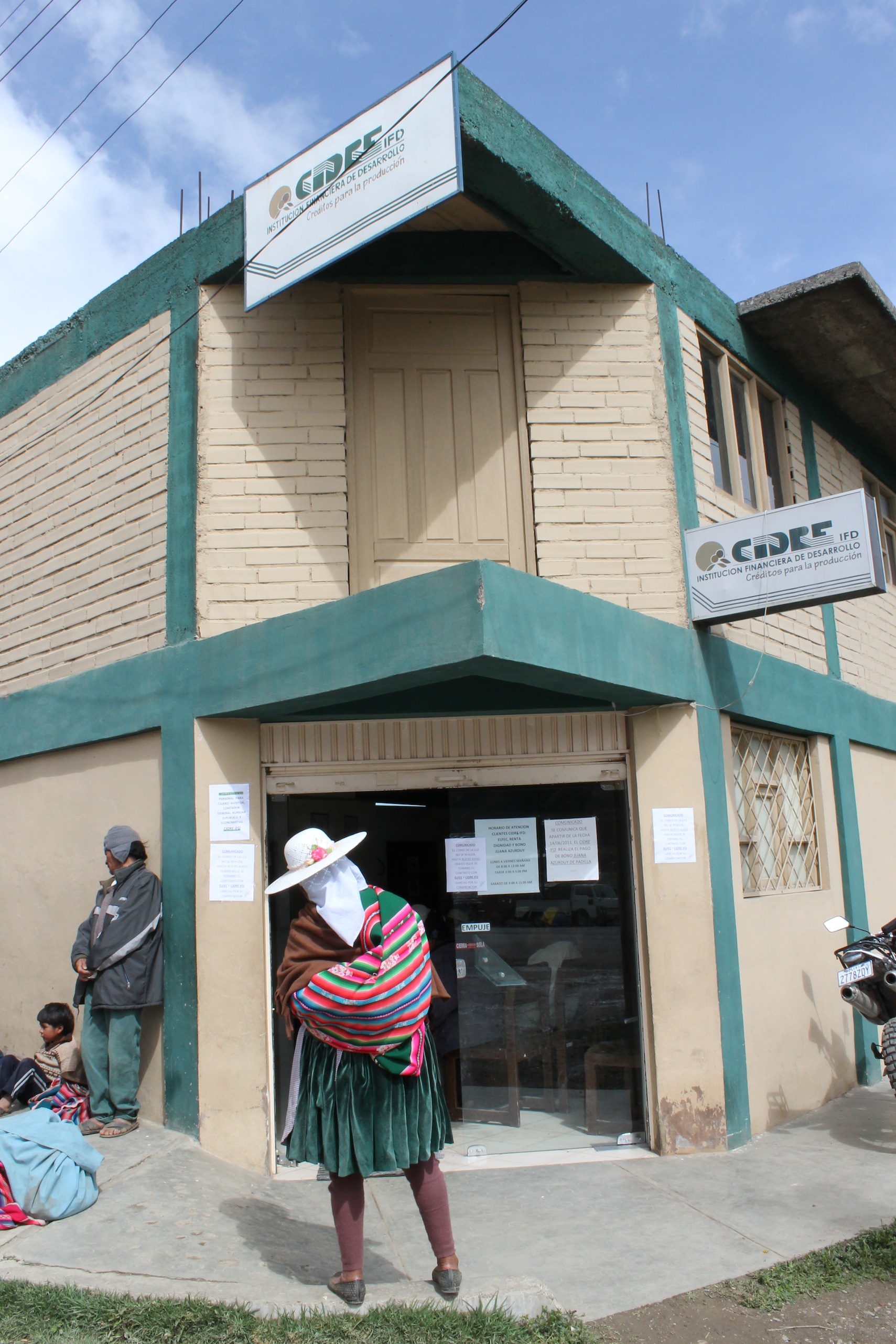 In talking to one of the veteran loan officers, her first response and a response that has been echoed many times since was simply: word of mouth. For decades now, some of CIDRE’s loan officers have been working in specific neighborhoods, learning about various communities’ productive activities, and offering a way to help those businesses thrive. More than that, they have become trusted community members by getting to know their clients and their families, listening to their hardships, and celebrating in their triumphs. So once one community member becomes a CIDRE client, it is highly likely that they will spread the word….in comes Francisca. 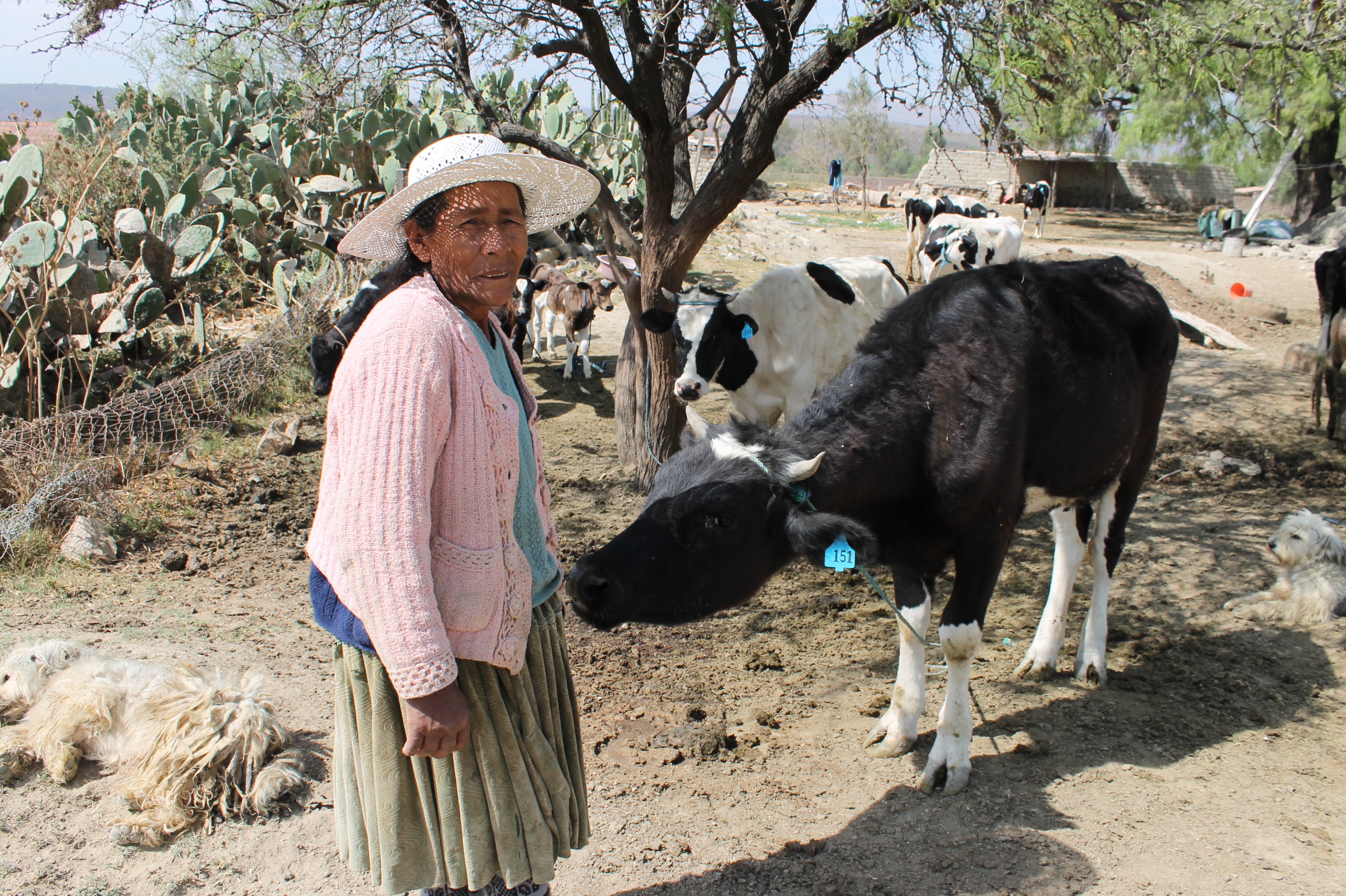 Francisca With Her Cows

Francisca has been a CIDRE client for sometime, so when her community started thinking of a way to grow their dairy businesses, Francisca suggested CIDRE could help put their plans into action. A few weeks later, 15 had committed to the plan. Together, they each took out a loan to help purchase a refrigerated milk tank from which the group’s daily milk production could be picked up by Bolivia’s largest dairy company, Pil Andina. With this direct connection to Pil, they no longer have to piecemeal irregular sales together through family and neighbors but rather have a steady source of income.

But now you’re thinking, ok, but when those star clients aren’t around to get their neighbors to CIDRE, what happens? Well CIDRE goes to them.

Spreading the Gospel of CIDRE

In Colomi, the small branch office has 3 loan officers, 4,000 inhabitants, and a lot of productive territory to cover. In order to help grow CIDRE’s presence in the small town, loan officers from the central office and a nearby brach traveled to Colomi to spread the gospel of CIDRE. On Colomi’s Dia de Feria (main market day), 6 visiting loan officers set up a small booth in the midst of all the action and got to work. 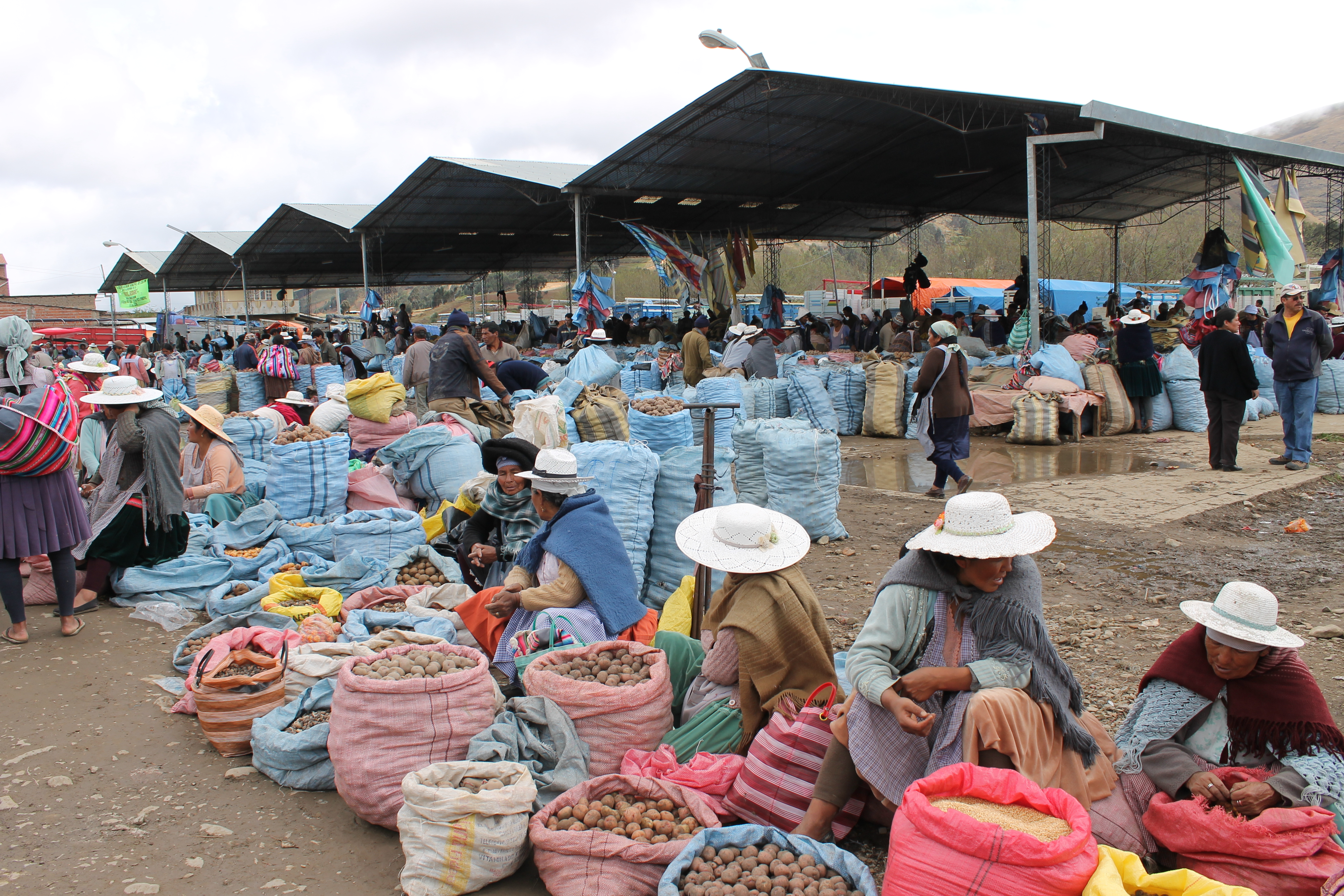 After setting up CIDRE’s “Loans Available Here” booth, ensuring that enticing cumbias were playing on the car stereo, and stapling copies of Colomi loan officer business cards to CIDRE flyers, we were ready to go. 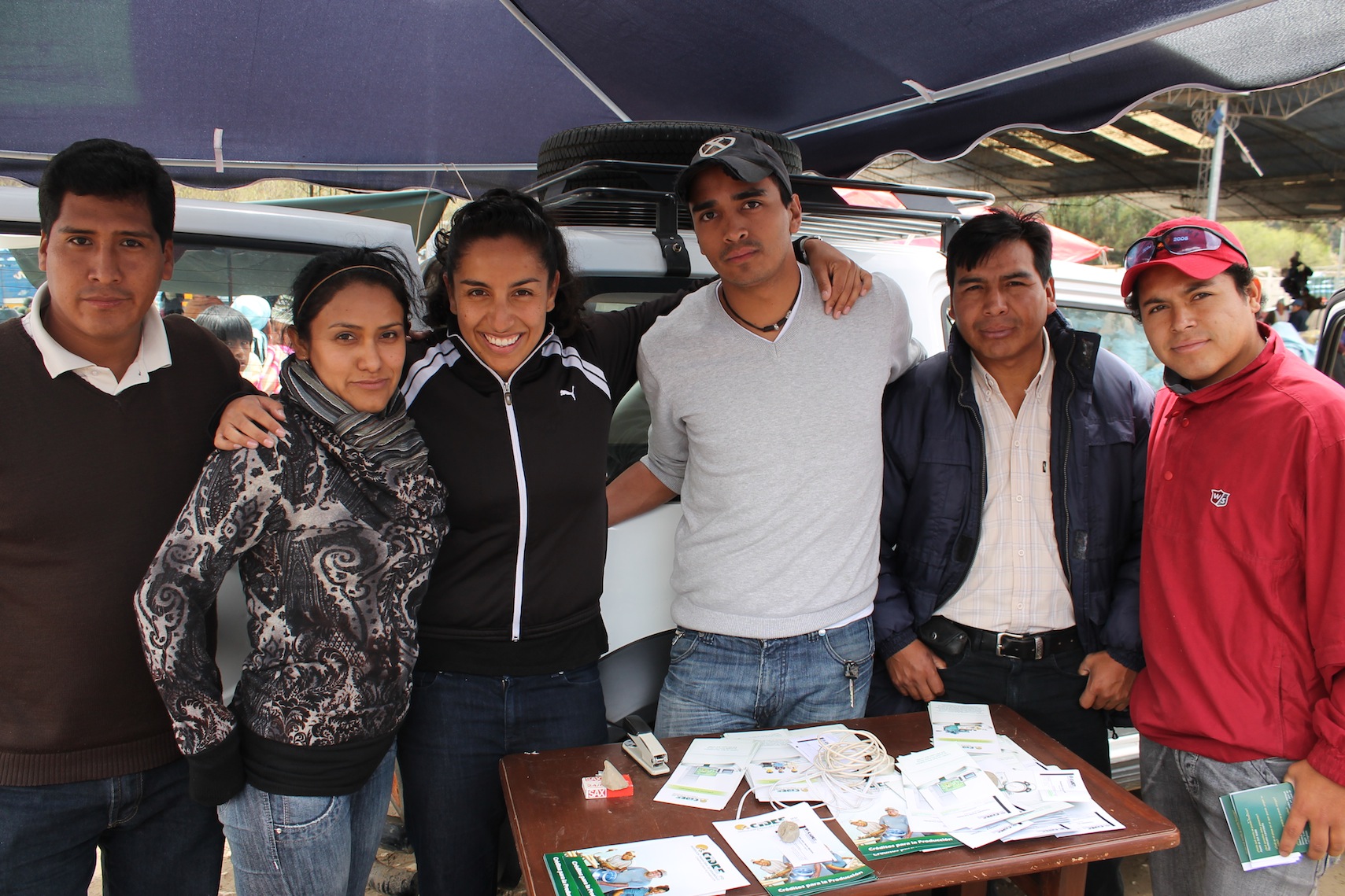 One by one the loan officers approached market antendees and gave out flyers and cards. 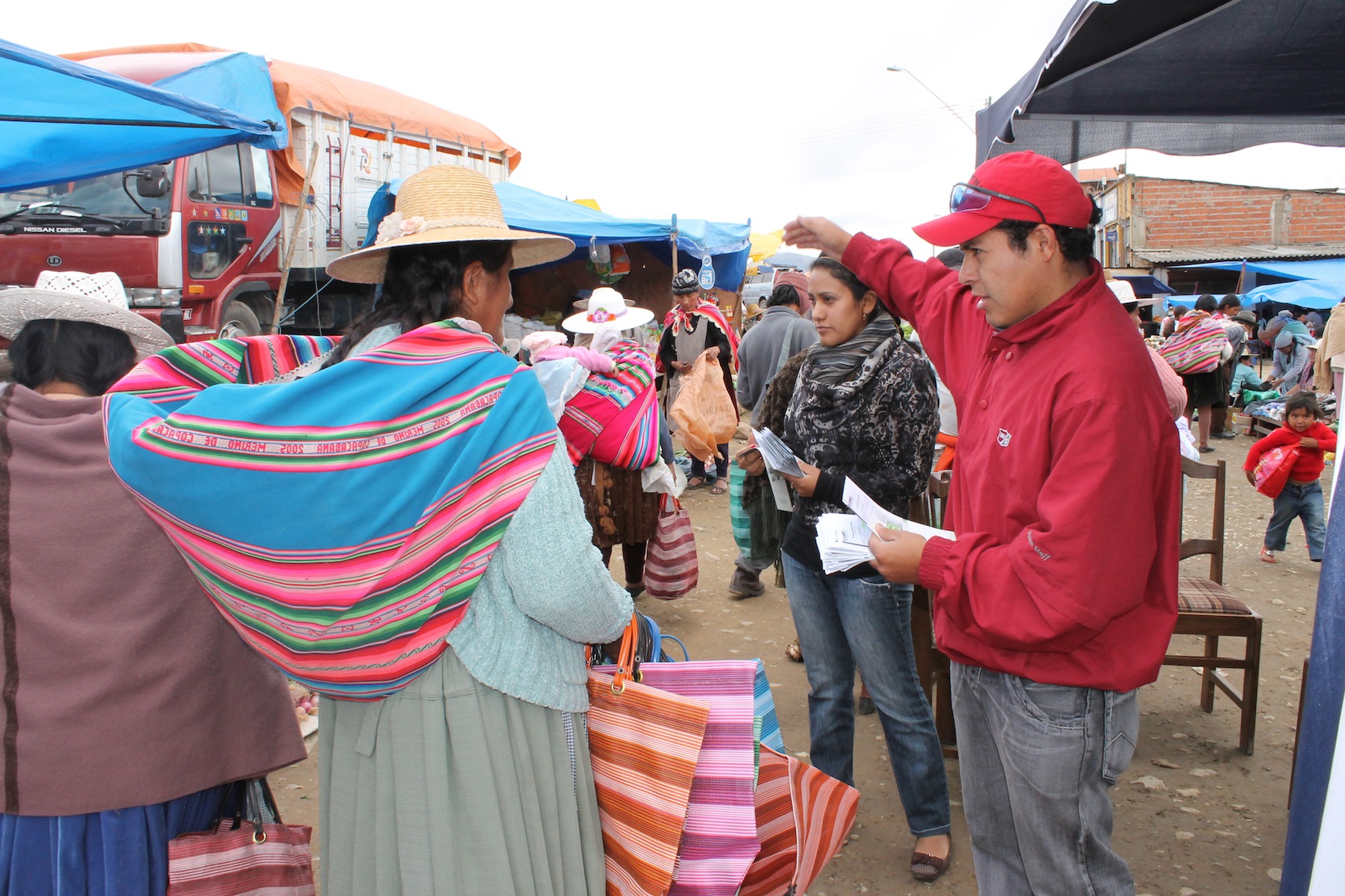 Getting to Know CIDRE

Some were already familiar with credit and asked specific questions regarding interest rates and loans products. 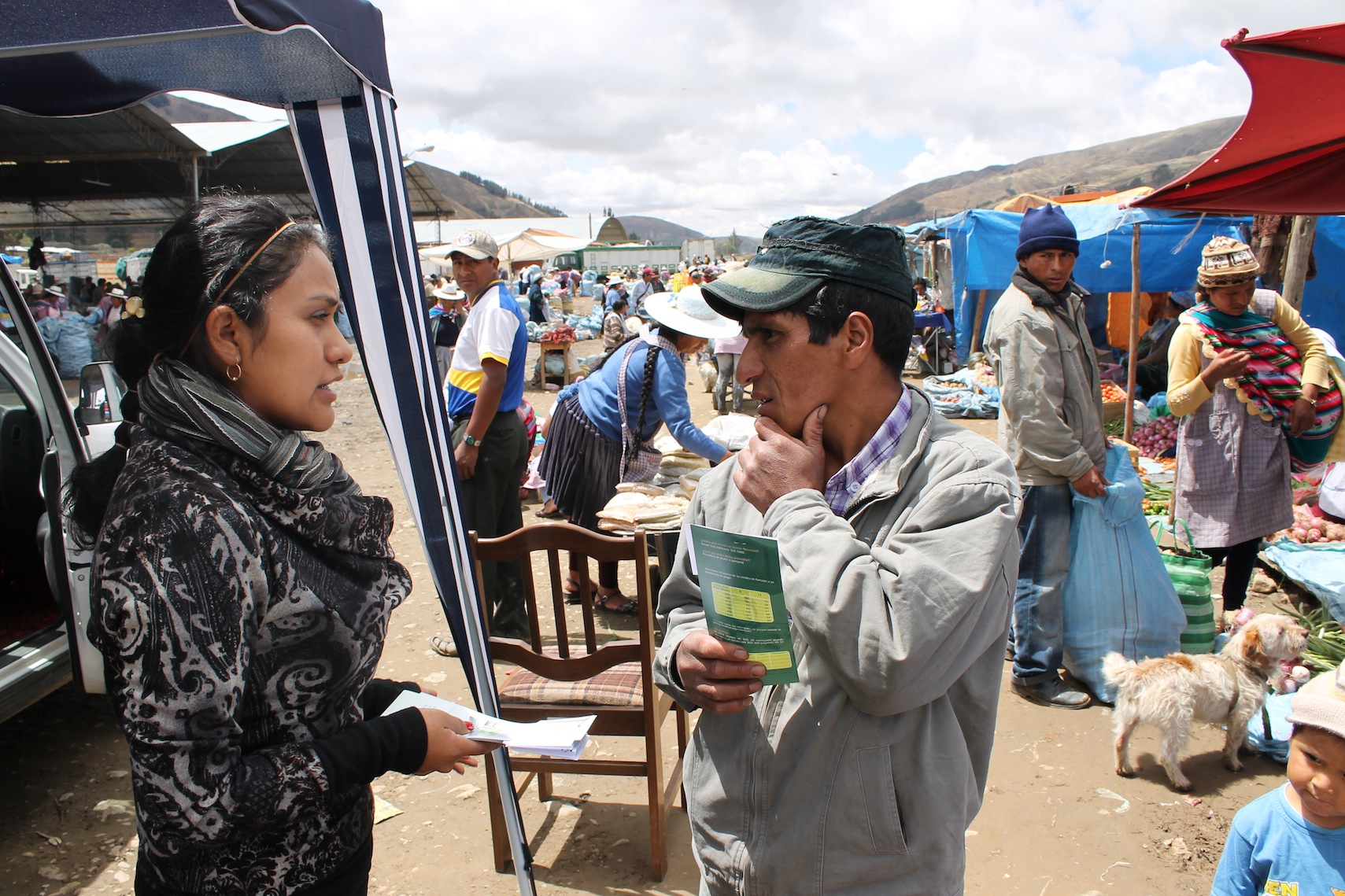 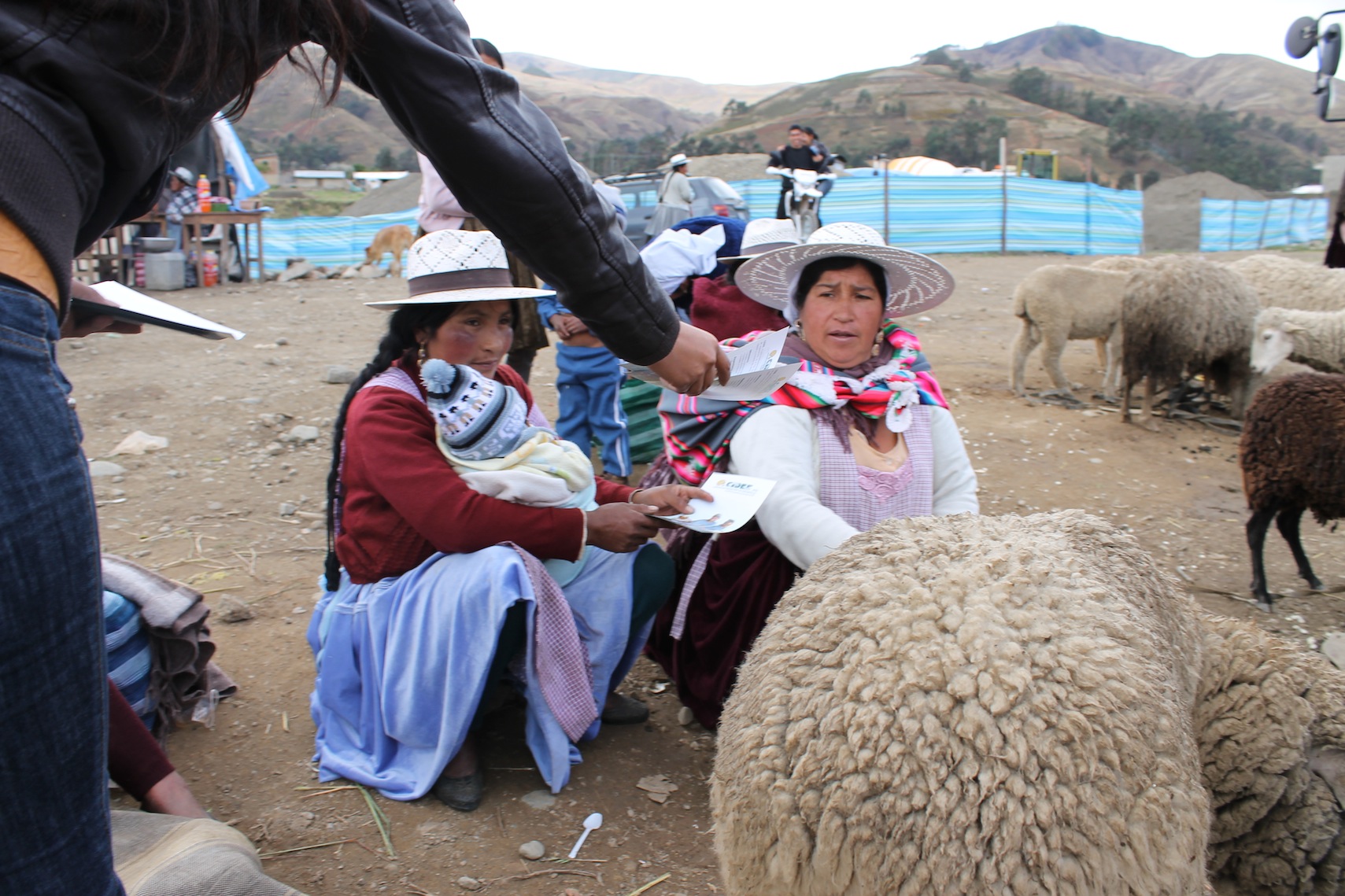 In the end, the loan officers handed out a hundreds of flyers and gave a lot of credit talks. We don’t know how many will become CIDRE clients in the future, but we do know that some promised to at least stop by.

Mariela Cedeño is part of Kiva’s 16th Class of Fellows serving with CIDRE in Bolivia. Cows are her new favorite thing on earth.  Please support CIDRE‘s hard-working entrepreneurs by making a loan today and  join the Friends of CIDRE/Amigos de CIDRE lending team to stay involved!