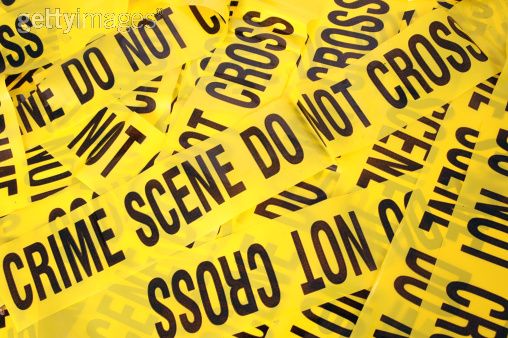 I read an article the other day that discussed the inevitable end of the American soap opera.  It cited the rise of the various mid-day talk shows, reality shows, etc., for the fact that most viewers now prefer to tune into something other than their favorite daytime drama between the hours of 1 and 4 PM.  It seems that the classic icon of the 1980’s is slowly meeting its inevitable demise.  But although this lack of interest may be the case for the 300+ million individuals living in the large nation located between Canada and Mexico, I can assure you that the American soap’s not-so-distant cousin to the south is certainly alive and well.  If I’ve learned one thing in the last three and half years of living in Latin America, I’ve learned that the “telenovela” (or “novela” for short) is the undisputed king or the airwaves.  In fact, when Kiva’s collective borrowers from this part of the world get together to decide upon a name for their group, they generally choose a name from the Bible……or a novela.

I’ve always thought of the novela as gaining its popularity from a predominately female audience.  What I’m witnessing at the moment, however, seems to say otherwise.  Right now, I’m sitting in a small waiting area at a Toyota repair facility in Managua, Nicaragua.  There are 8 chairs, a small table with magazines, and one relatively large television.  I’m sharing this space with 4 men, all who appear to be middle-aged and from the local area.  To my surprise, they seem especially interested in the novela being shown.  In fact, beyond tuning in with fixed attention, they are now gesturing, commenting and discussing the plot with a great deal of exuberance.  I’m not terribly interested in the TV, but the real life drama is proving to be quite enjoyable!  Maybe the next 5 hours will pass more rapidly than expected.

I should probably mention at this point that this Blog entry really has nothing to do with telenovelas.  Perhaps it’s a bad sign for the reader when the author actually BEGINS in a state of distraction.  But what can I say?  I was having one of those cultural moments. The real point of this Blog entry is found in the reason BEHIND my visit, the fact that I’m spending the afternoon waiting for the door lock and window to be replaced on my girlfriend’s Toyota.  If all goes smoothly, I should be back on the road (minus a large piece of black plastic flapping in the breeze) by 5PM.  If not, I suppose I’ll be back for another round of novelas in the morning.

It all started on Friday night.  After a very brief visit to an event celebrating the grand opening of a vegetarian café/yoga center here in Managua (certainly one of a kind for the region), I found that I was unable to insert the key into the driver’s side door.  A few seconds later, I realized that this was the result of someone having forced a screwdriver into the lock, rendering it nonfunctional.

Expecting the vehicle to now be unlocked and subsequently empty, I pulled on the handle.

It was true.  The doors were indeed locked.  The window, on the other hand, had proven to be slightly less formidable.  And with that, I suddenly found myself with a few less possessions in the world. 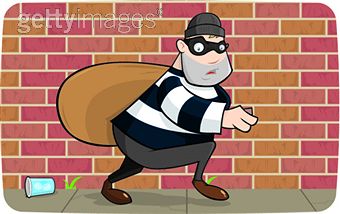 Crime is an interesting thing in Nicaragua.  If one looks up the official statistics, one finds that they are surprisingly low.  In fact, according to official reports, Nicaragua is the safest country in the region.  For the most part, it doesn’t have the organized gang or drug violence of many of its neighbors, and murder rates really are quite low on the average.  But beyond such shining statistics, I would say that crime, not unlike those telenovelas from above, is deeply embedded in the daily life and culture.  Of course I realize that crime is universal, and that no place is a truly a safe place.  That I can understand.  What stands out to me here in Managua, however, is the incredibly high RATE of crime.  And because I can’t find any real statistics, I’ll sum it up with two statements.  One–I don’t know a single person here who is yet to be robbed on NUMEROUS occasions.  And two– in addition to myself, I have two acquaintances that were robbed in separate incidences just this week!  It’s so common, in fact, that people often don’t consider it to be an unusual or especially alarming event.  Sure, everyone complains and talks about being careful or attempting to avoid dangerous situations (such as walking basically anywhere or being out after 9PM).  But when you really get down to it, it’s simply run of the mill; another aspect of living in the big city; a minor inconvenience that, for the most part, goes unreported.

I’m not an expert.  In fact, even if I were an expert, I could find other experts to disagree with my expertise.  But what most experts do seem to agree on is the fact that petty thefts and property crimes are clearly related to the overall state of the economy.  And if there’s one thing with which this area struggles on a consistent basis, it’s the economy.  Nicaragua is the second poorest nation in the western hemisphere.  The unemployment/underemployment rate consistently hovers around 70%, and 50% to 80% (depending on the chosen poverty line) of the population are considered to be impoverished.  Although literacy rates are relatively high, only 70% of children are currently making it through elementary school.  Far fewer make it out of high school.  The bottom line is that times are tough, and for that reason, the light bulbs in front of where I live often disappear mysteriously in the night.

So what does a mild-mannered, relatively peaceful foreigner do with all of this crime?  I mean in all practicality, I have no real plans to form a neighborhood watch group, pay a private security force or live within the confines of my own personal compound.  I’m certainly not going to purchase a firearm to shoot myself in the foot the next time I come across my shadow.  What I will do is “be smart” about things, take reasonable precautions, and practice as much vigilance as is practically possible. That has proven to be an effective strategy in the past (minus the aforementioned window), and I’m equally hopeful for the future.  But maybe there’s something else I can do.   Maybe there’s something a bit more……proactive. 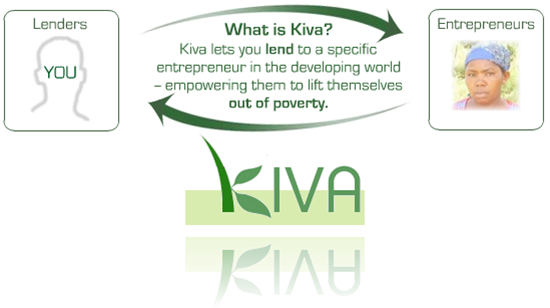 Despite the fact that I have no badge or gun, l can continue to invest my time and resources in an industry committed to the alleviation of poverty on a global scale.  With the hope of providing those in the category of “slightly less fortunate” with a way to better their lives, invest in their futures and lift themselves out of poverty, I can focus on directing the resources with which I have been provided in an outward direction.  Maybe Kiva isn’t out there fighting crime on the mean streets of the world.  Then again, by providing their borrowers with a helping hand through microfinance, maybe they actually are. Maybe in some small way, they’re out there fighting crime…..one micro loan at a time.