In order to visit Collins and his hardware supply business, we had to travel one of Uganda’s famously poor roads, suitable for travel only by SUV.  Most don’t have that luxury and neither did we.  The dirt road stretched for twenty never ending kilometers of potholes, trenches and dust clouds that left silt on our shirts though the car’s open window in the searing heat.   Collin’s loan officer, Faith, had warned me it would be a journey, and as we pulled up to his shop two hours later, I had to agree. 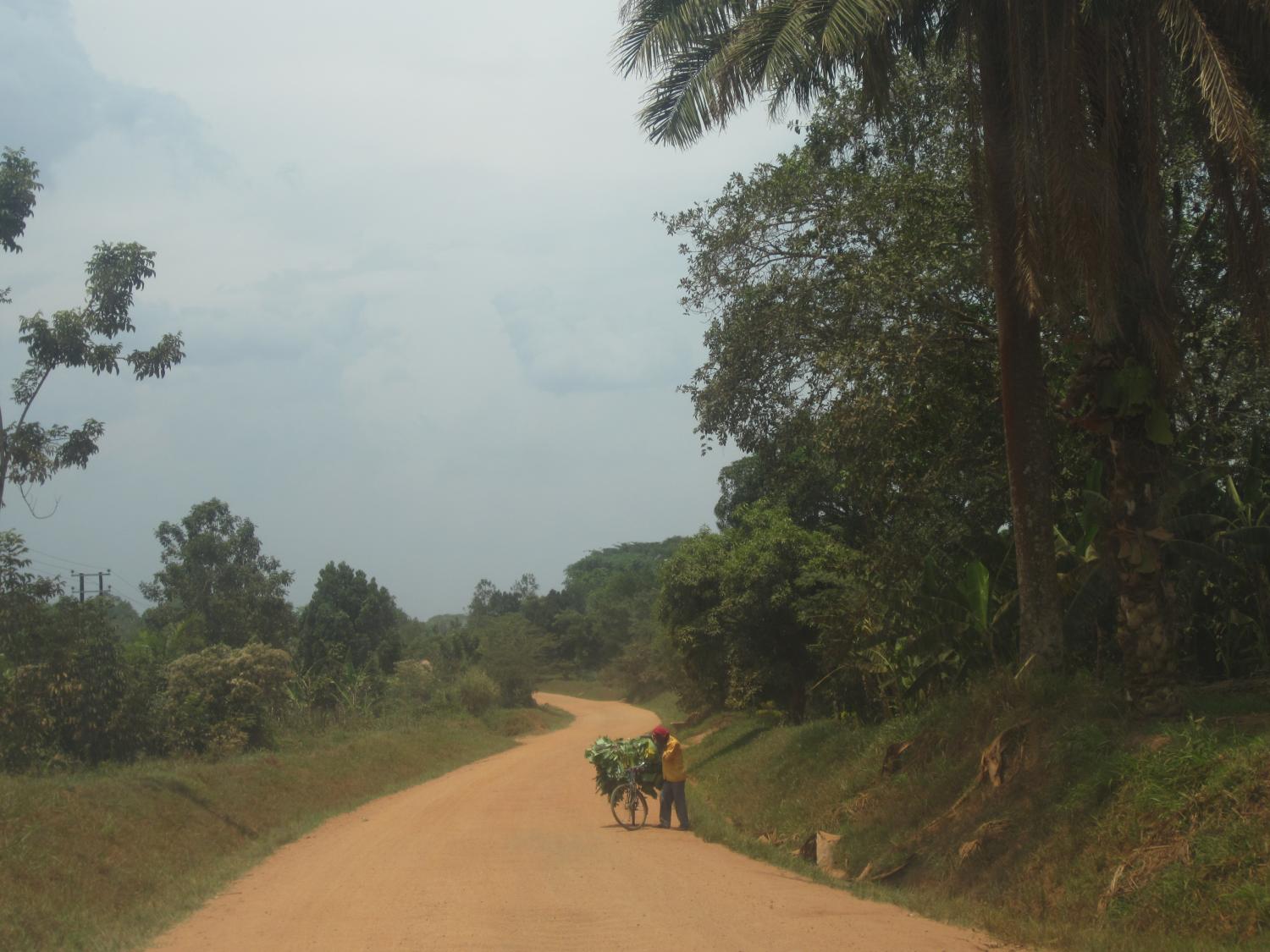 As a Kiva fellow, my mission was to meet Collins and provide updates to Kiva lenders who had supported his dream.   Based on what little I knew, I was eager to hear his story.  His loan officer Faith had explained to me that Collins has slowly built his business over the course of three years, and three loans.   Was it really so easy?  I wanted to know. 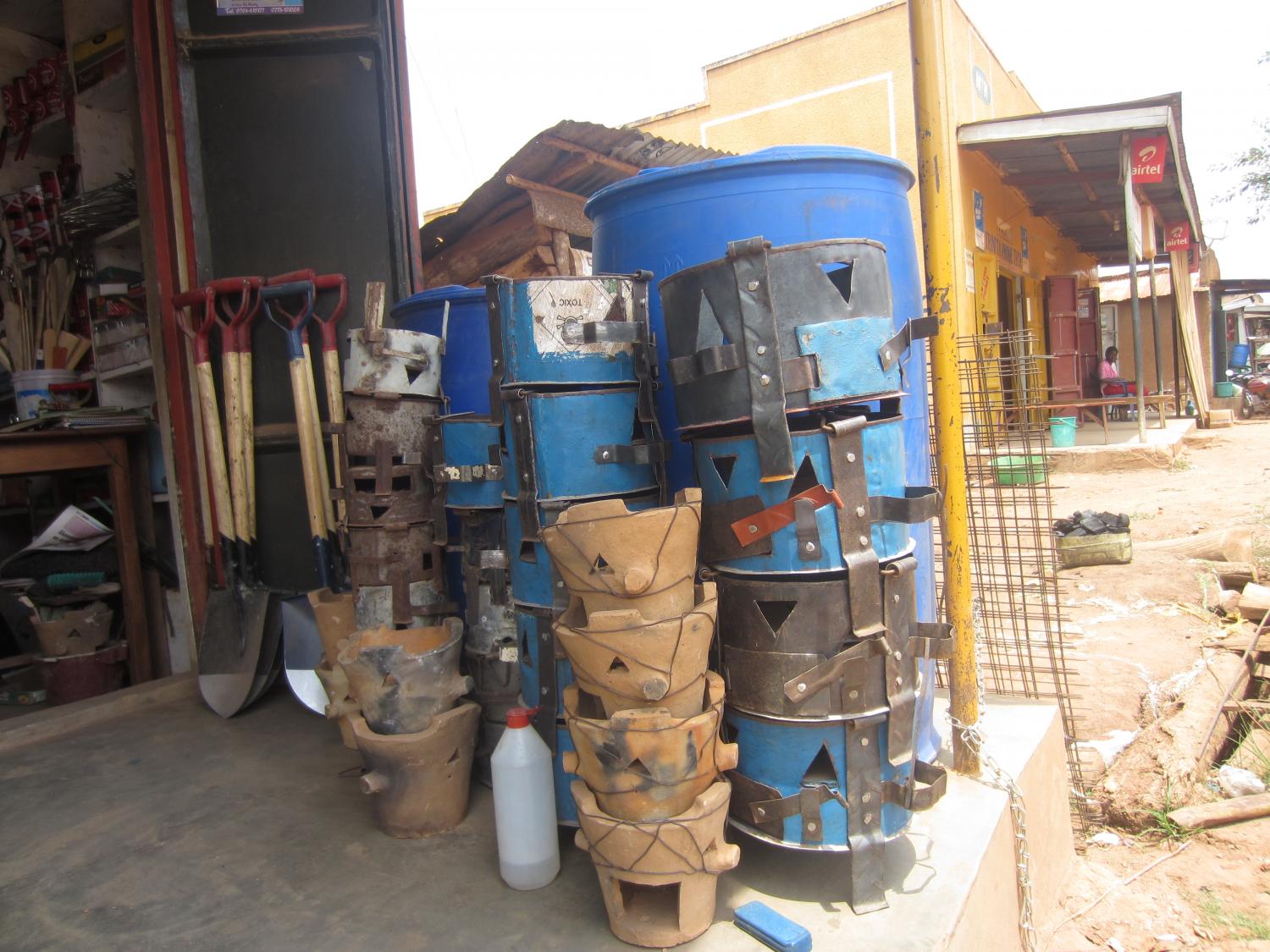 Stoves displayed outside the store

I surveyed my surroundings as I squeezed in between Collins and a large pile of plaster bags.  The shop was small, no greater than a twelve square foot box with a cement floor, housing neat stacks of hardware equipment.   Collins himself looked as organized as his shop, dressed in a clean white shirt and pressed pants. 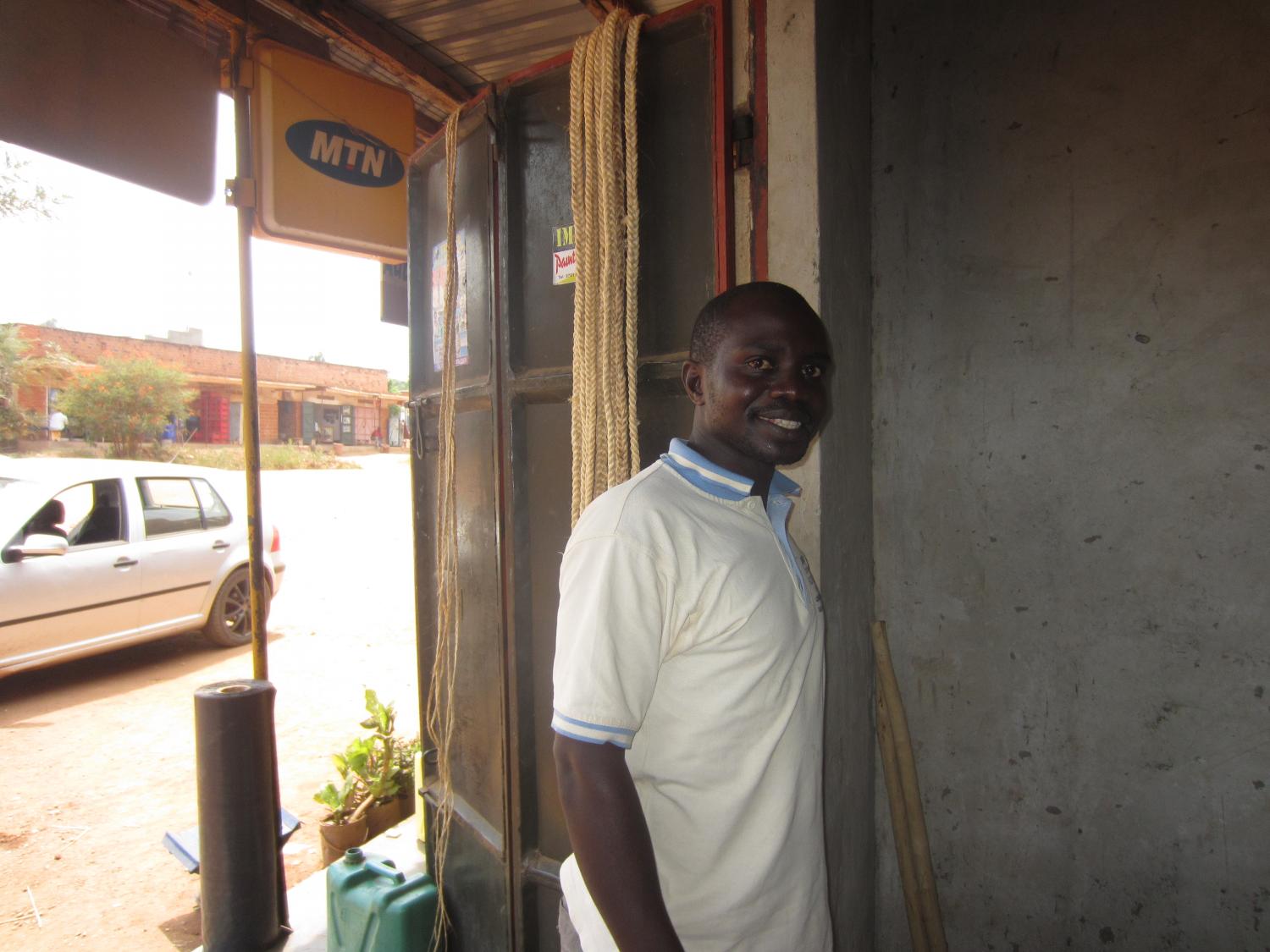 When asked to tell his story, Collins gave me a warm smile.   He spoke softly in a way that required leaning in to hear, which I did, even though I relied on Faith to translate.  His business specializes in the sale of construction materials, and in the beginning, he had taken loans to purchase the supplies.    Before his first loan, he tried to start on his own, but struggled with low inventory, losing business daily as a result.  Collins knew he could succeed if customers could count on available supplies when they were needed.   Three years later, his store carries five times the initial amount of merchandise, and is still growing. 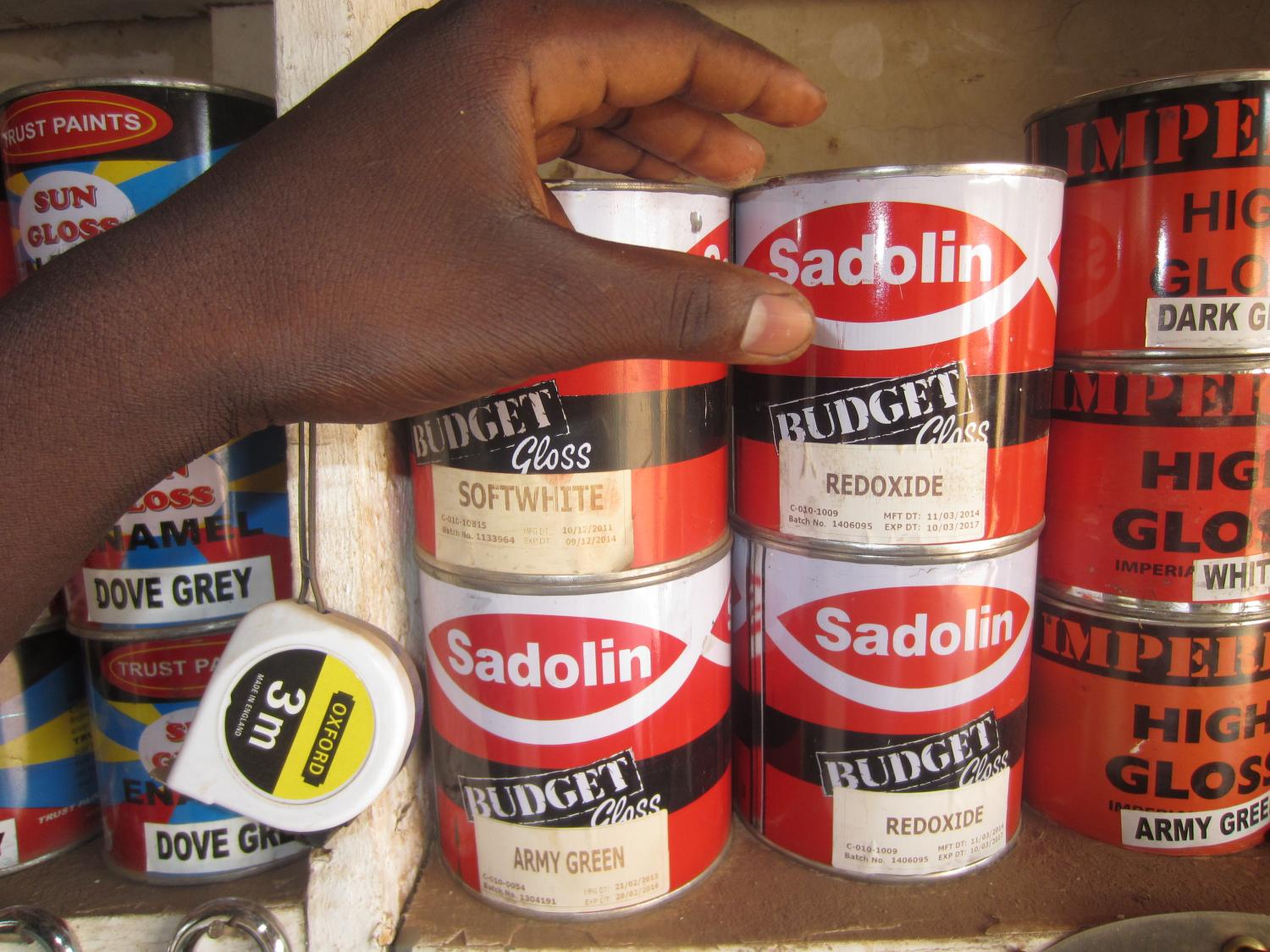 When I asked him to talk about struggles and sacrifices, Collins paused thoughtfully before answering as if to summarize into succinct points.  Three things made his business unpredictable and difficult:  theft, exchange rate, and the price of petrol.    Managing the costs to transport goods from Kampala to Luwera, it turned out, was just as important as selling the products.   As translated, “there were many expensive lessons to learn, and he learned some of them the hard way.” 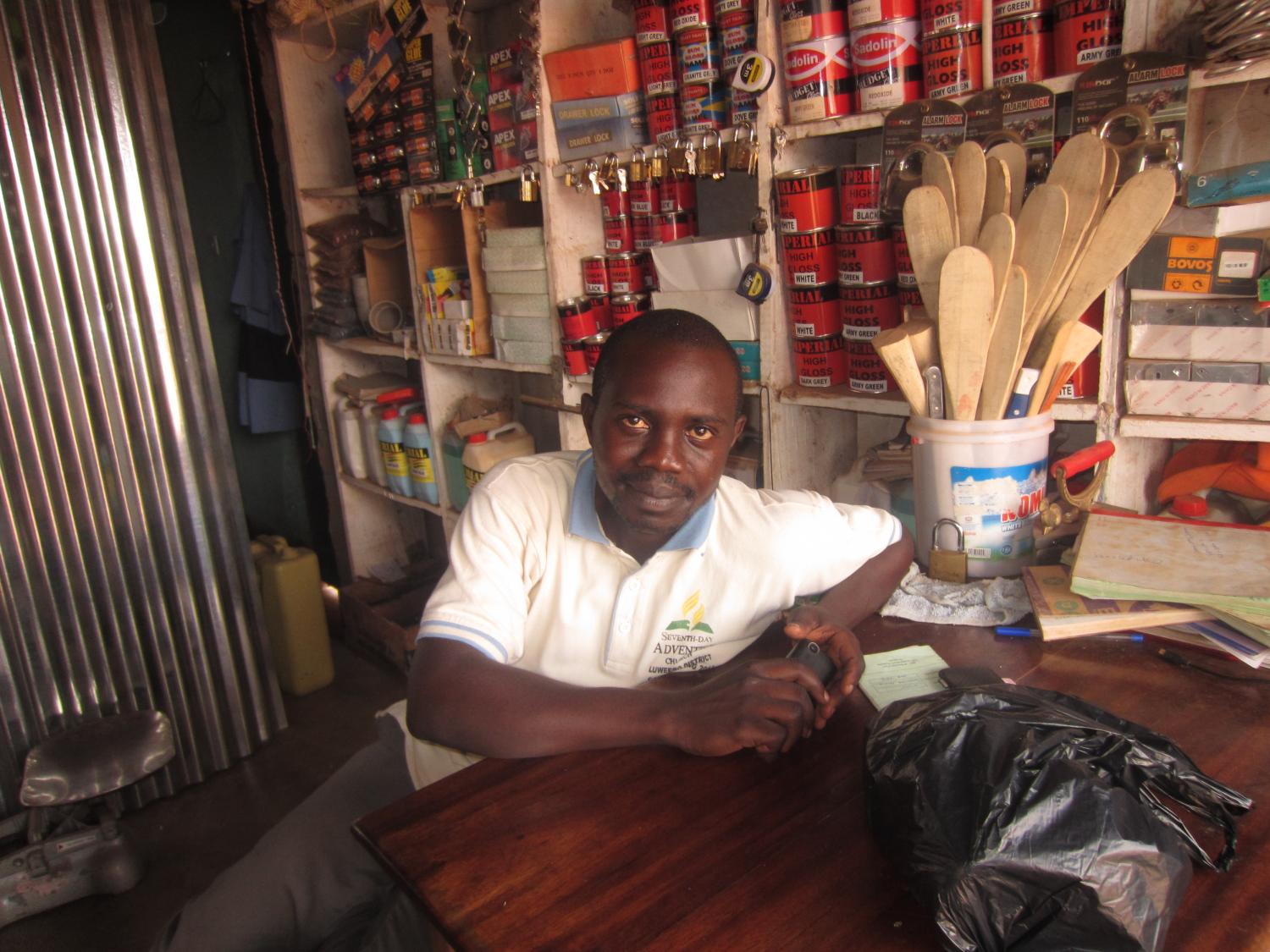 Finally, I asked him what he did with his profits.  He smiled and said that he had been able to build on his first plot of land, and has since been able to buy a second plot.    I tried to hide my surprise at the realization that he was accumulating assets, something I assumed was reserved for those with access to regular banks.  I left being humbly reminded that microfinance is not a tool for giving, but for empowering.
On the way home, Faith told me that Collins would be getting married in a few months, and his loans had played a part.   Collins and his fiancée had lived together for many years.  Now, because of his outward success, the girlfriend’s father, could support the betrothal.  Faith explained that not only is earning communal respect a right-of-passage, so is his ability to pay dowry.   Now I better understood his decision to postpone having children, something that had struck me as unusual for this part of the world.  But Collins was also unusual, and his story, inspiring. 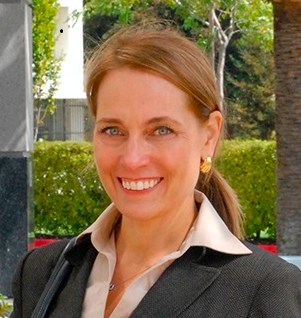 Sheryl is thrilled to be participating in Kiva’s fellowship program and expects it to be a highlight of a year long learning sabbatical. After earning her Master’s Degree in Agricultural Economics, Sheryl spent several years as an economic consultant, and twelve more as an investment advisor to individuals and businesses. In 2006, she built a practice, which eventually funded over $200 Million of private investment projects. Through her fieldwork, Sheryl looks forward to enhancing her ability to evaluate impact investments. Crossing gorilla tracking or climbing Kilamanjaro off the bucket list will be a major bonus.