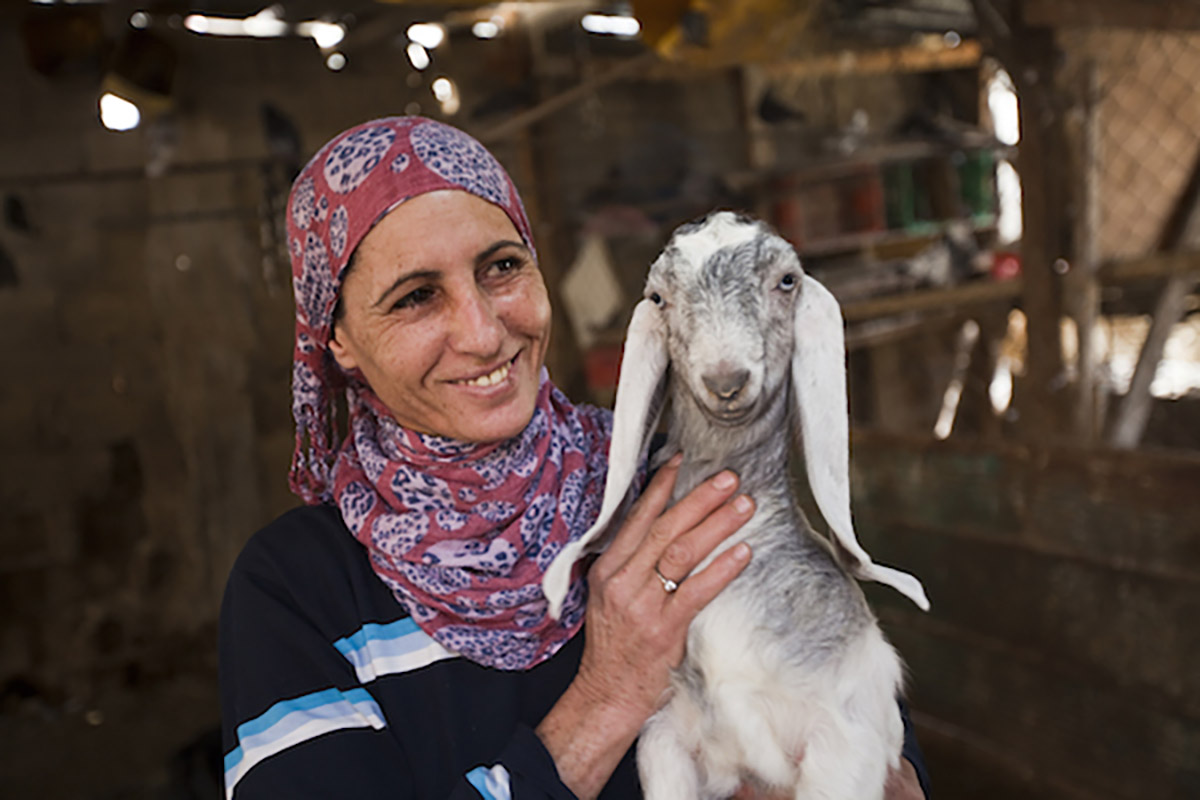 In honor of World Refugee Day on June 20, people across the globe are coming together on Kiva to crowdfund $500,000 in loans for refugees, displaced peoples and their host communities – helping them move beyond emergency aid to regain some stability and build for the future.

The loans are used to help refugees, displaced peoples and host communities start or expand a business, increase incomes and create jobs. They  are currently crowdfunding on Kiva.org/Refugees and will be matched dollar-for-dollar on June 20 through the new Kiva World Refugee Fund.

The World Refugee Fund aims to crowdfund $9 million in loans by the end of 2017 to help address the long-term needs of host communities and families displaced in the largest refugee crisis since World War II. There are currently more than 65 million people displaced from their homes by conflict and persecution, according to the United Nations. The fund is being developed by Kiva.org and the Alight Fund with founding partners the Tent Foundation and USA  for UNHCR, all leaders in the field.

“Refugees and displaced populations often live in their new host communities for several years, but struggle to find work, start businesses or re-establish a source of income for their families,” said Premal Shah, President and CEO of Kiva. “The situation calls for a paradigm shift towards new, sustainable solutions that can both help the displaced and support the communities that host them.”

Providing refugees and other displaced peoples access to credit and financial services can help create those jobs and better livelihoods but few traditional financial institutions are willing to serve these populations.

That’s where compassionate everyday people can make a huge difference.

Visitors to Kiva.org/Refugees can browse through the stories and profiles of refugees, internally displaced peoples, and host communities members. Visitors can then choose who they want to support with a loan of $25 or more. Individual loans of $25 are collected until the borrowers full loan request is crowdfunded. As individual lenders are repaid they can relend that money to another borrower or withdraw their money from the system. Kiva loans have a 97% repayment rate.

One recent recipient of a Kiva loan is Mohammad, a 39-year-old refugee from Syria, now residing in Lebanon. He received a Kiva loan of $1,000 to buy machinery and open his aluminum shop with the goal of providing his wife and four children with a safer and better life.

“I am from Joubar in Syria. It became quite violent and conflict riddled. We were lucky to leave alive,” Mohammad said. “After moving to Lebanon I did whatever work I could in factories as an employee. Now this is my own shop. I employ one Syria and one Lebanese worker to help me. I would take such a loan again to get more machines and to increase the scale of production. I think women in the community can also benefit greatly from such loans to use their crafts and skills”

Refugees, displaced peoples and the communities that host them face many stresses that risk turning these populations against each other. The duration of displacement for families can often be longer than 26 years, and 90% of forcibly displaced people are living in developing countries. Resources are limited for both people who lost their homes, and for their local neighbors.

Most financial service providers refuse to serve refugees and displaced populations because they are perceived as too risky, due to concerns over flight risk and the fact they often have no credit history in their new country. It also costs more for financial service providers to reach refugees in the field. This means that no matter how good an idea a refugee or IDP might have to start or grow a business, they are likely to get denied by traditional lenders.

Kiva seeks to change this picture by proving that refugees and IDPs are a good bet for success and repayment of loans. Kiva’s philanthropic crowdfunding capital provides financial service providers with the capital they need to fund more loans to these populations and learn from expanding their programs.

One example of a Kiva partner already putting this capital to good use is Al Majmoua, who created a loan program that lends to mixed groups of Lebanese citizens and Syrian refugees, helping to build social support among groups of people who often feel at odds economically. Al Majmoua finds the borrowers that need funding and Kiva provides them with risk-tolerant crowdfunded capital to fulfill the loan requests.

We look forward to continuing to expand this work and reaching more vulnerable populations around the world.