The ice cream business with scoops of heart, family and hard work

On a hot and humid Santa Maria afternoon, it seemed only fitting to visit Domingo, who is an ice cream maker in the Philippines. We left the van on the road and walked down the dirt path, navigating mud puddles enroute to his neighborhood. Along the way, there was colorful laundry hanging on fences, neighbors washing up and kids playing while curiously watching us.


We arrived at Domingo’s home, where a large group of his family waited for us. They were very excited for our visit and to show off their proud son. After the smiles and introductions, we sat and had the opportunity to learn about Domingo’s ice cream business. It became clear quickly that ice cream is much more than a sweet treat for this neighborhood and family. 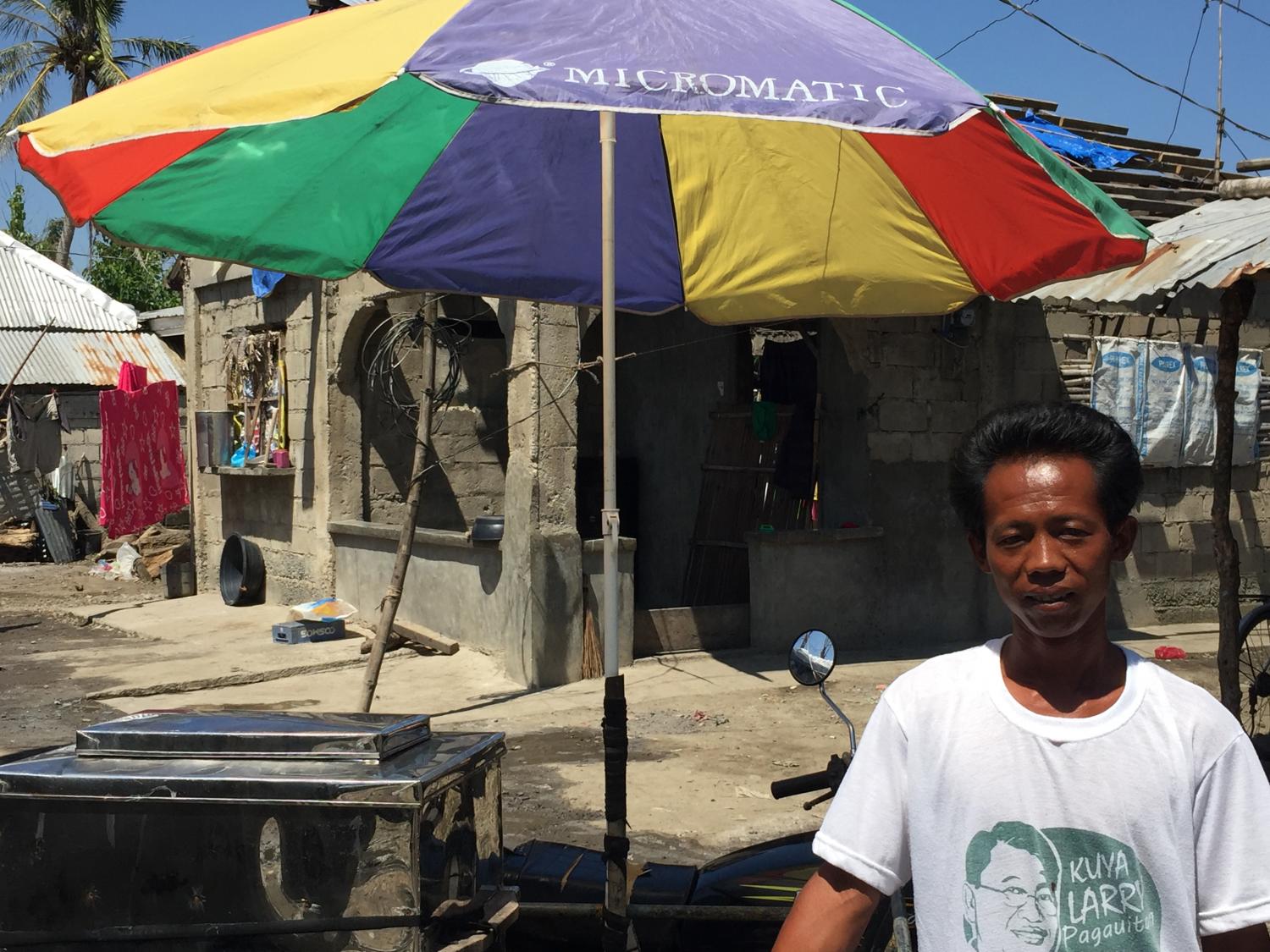 Domingo
Domingo is 33 years old and started this business at age 15. He works tirelessly selling his ice cream in the streets of Santa Maria. When he began, he carried the ice cream bins around on his shoulders. Now, the loan support has enabled him to invest in coolers and a motorcycle to transport the ice cream. This has created clear efficiencies in his business and enabled him to increase sales and double his profits.

Domingo with his ice cream coolers and motorcycle.
As we chatted, one of his cousins interrupted to explain that Domingo has actually been the breadwinner in his family since age 9. Domingo is far too humble to ever share this himself, and seemed both embarrassed and amused that his family members wanted to participate in his interview.

Domingo’s father passed away when he was 9. As the oldest of 6 kids, Domingo took it upon himself to support the family and worked as a farm laborer planting corn and rice. He earned less than $1 per day to support his family.


The path has never been easy for Domingo and his family. Domingo traded off his own education to work, and instead sent his siblings to school. However, one brother has epilepsy and is unable to work, and another doesn’t have regular employment. But through the ice cream business and growth fueled through loan support, Domingo has found more financial stability for the family.


Another relative noted a pause in conversation and jumped in to explain that we were actually not sitting in Domingo’s home. That’s because last October Super Typhoon Lawin severely damaged Domingo’s home. I looked to where she pointed, and saw what was left of his home.


A tarp and some panels (supplied by ASKI - a Field Partner) provided the interim roof. Domingo highlighted how his savings from the business have been critical in helping him start to rebuild. He showed us the cement blocks he will use to rebuild, which will ensure his home is much more robust in the event of another natural disaster.

Domingo with his brother and mother in front of their damaged home and next to the cement blocks for the rebuild.
The afternoon heat didn't let up. But that was okay, as there was still one very important topic left to explore… the ice cream! Domingo proudly opened the ice cream bins to show us his diverse flavors: coconut, cheese, taro. As he scooped, Domingo explained that taro is the most popular. And after a taste, I understood why!

Domingo scooping his taro ice cream.
There are competing businesses in the area with similar flavors, so I asked Domingo how he differentiates his ice cream product. With sincerity and humility, Domingo explained, “I put my whole heart into making my ice cream.” You could see the passion and pride as he scooped. And with all the challenges he had faced, I asked what motivates him to get up every day and work so hard. Without hesitation, Domingo looked up and said, “It’s for my family.”

And as I looked up, his large extended family was still gathered smiling and chatting excitedly. This ice cream business has provided a livelihood for them, and carried them through difficult times. The sweetness of the ice cream doesn’t compare to the sweetness of this family’s bond and the resilience and strength they’ve built navigating through numerous challenges.


The time came to leave, and I looked around in amazement at what Domingo has been able to do with so little. I thought, “If only everyone who has supported Domingo throughout the years could be standing here with me, to see how just a little support has helped empower this family.”


During our afternoon, Domingo shared that his dream is to rebuild his home, and then one day to open an ice cream shop in his home. Based on my time with Domingo, that’s a dream I’m quite sure we’ll see come true. 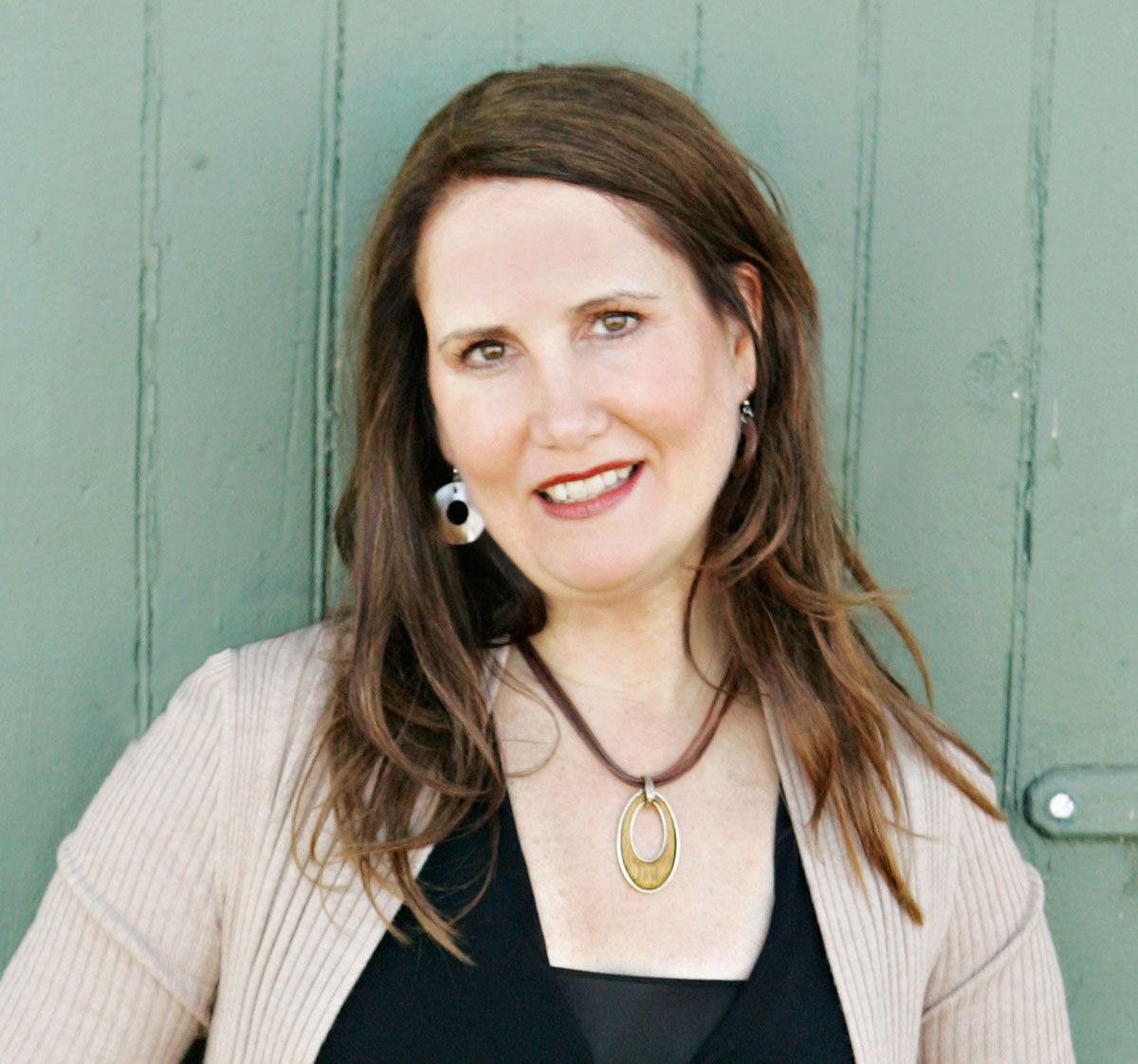 Lauren was born and raised overseas the first nine years of her life (Portugal, England, Brazil).  Being exposed to different cultures at such a young age instilled in her a keen interest and appreciation for other cultures and people. She has since looked for opportunities to engage internationally through studies, work and activities. Lauren has held global marketing roles with several companies. Most recently, she was Director of International Digital Marketing at VMware, where she built out an international web presence and partnered with countries and regions on marketing programs. She was fortunate to join the company last summer to develop and execute a teacher training curriculum for a school in the South African township of Diepsloot. Lauren has volunteered with Kiva as an editor for the Review and Translation Program since 2013, and has been inspired by the stories of entrepreneurs working to create a better life for themselves and their communities. Through this fellowship, she looks forward to meeting some of the entrepreneurs she reads about in her loan reviews. In her spare time, Lauren coaches Special Olympics soccer, serves on an advisory committee for Team4Tech non-profit, and enjoys performing as a local singer/songwriter.