During Kiva Fellows training we were tasked with putting Kiva’s Mission statement into our own words. This gave us the opportunity to critically think about Kiva’s mission and to highlight aspects of the mission that we thought most important. I placed emphasis on Kiva’s use of technology to meet its goals. Having been in the field, Mozambique , for a little over a week I have been amazed by the creative leveraging of basic technologies by my MFI.

Mozambique is a country that is still recovering from a 15 year civil war, and is tremendously under served by the public sector. Much of the existing public infrastructure in Mozambique pre-dates colonial independence. In the region that my MFI operates (Matutuine, Southern Maputo Province) there are virtually no paved roads and basic “luxuries” such as showers are non-existent. In this climate, private sector technologies are heavily relied upon and creatively used to fill in where the public sector cannot provide. Here are a few examples: 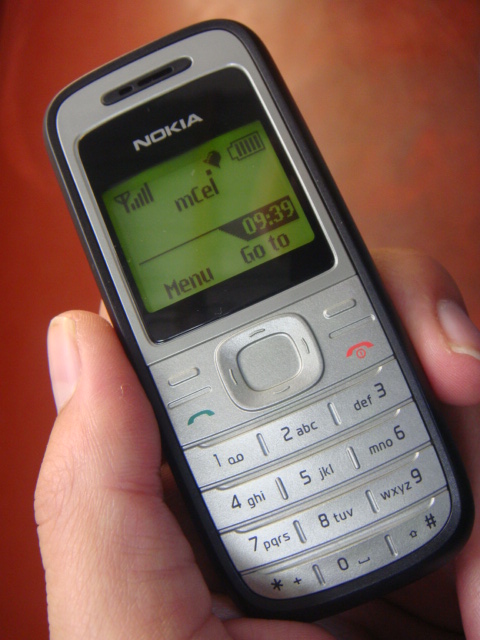 The cellphone is something that is heavily touted in conversations about development, from providing weather information to farmers, to the concept of the community phone, to M-banking as described by Kiva Fellow Lee Bruner . However the primary use of the cellphone and its current price point cannot be overemphasized. In most developing countries getting a land line is impossible, without cellphones telephony simply wouldn’t occur. I was able to buy a fully functioning Nokia 1200 cellphone at a corner shop for $30 upon arrival in Mozambique. At this price point the cellphone is something that can be made available one way or another to almost anyone. While the basic use of cellphone technology in an MFI is evident, further productivity gains can easily be achieved with a little ingenuity. Example: Using a GPS enabled cellphone MFIs can accurately track the location of their clients in places where addresses do not exist. This not only provides fundamental client data, but can also be used to assess the costs of servicing these clients and determining the most efficient way to visit them.

Computing and the Internet 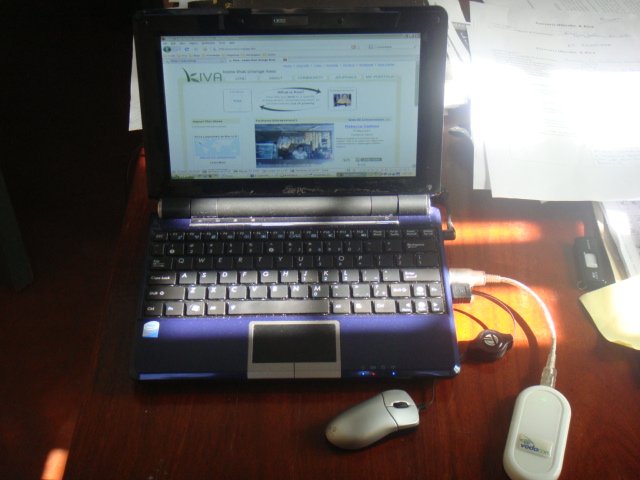 Ubiquitous internet access and affordable computing hardware in developing countries are both really mind boggling. The fact that Kiva has 119 partners across 47countries with sufficient bandwidth and computing power to use Kiva is incredible. Broadband internet access only became affordable to consumers at the beginning of this decade and up until very recently computers were prohibitively expensive. In rural Mozambique my MFI is able to access the internet using 3G wireless cards at a faster rate and with less interference than I can get in San Francisco. This means that they don’t have to spend unnecessary time transporting documents across an unreliable network of roads. It also means that they are able to train their employees using distance learning programs, that could not be locally matched offline. 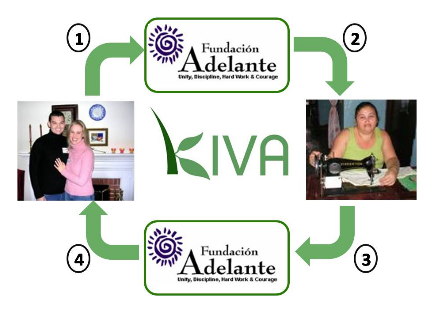 Kiva’s website and P2P lending model have proven that capital can be efficiently allocated to the working poor without getting lost in multiple levels of bureaucracy. Current texts on development are riddled with stories of aid money disappearing in cleptocracies and bloated bureaucracies in some cases only 1% of the allocated funds reach the end user/project. This provides obvious benefits to MFIs as a funding source, but also empowers individual lenders to transparently lend their money and support the working poor.

These are just a few of the ways that I see the Jetsonian application of technology being used in the field and by Kiva. I’m sure there are countless others and I invite Kiva Fellows to share further examples in the comments. The bottom line is that the dissemination of technology is not only a positive externality realized by Kiva’s MFIs partners in their dealings with Kiva, but it is also touching and improving the lives of their clients and surrounding communities.

Cameron Morris is a member of KF8 currently working with Hluvuku-Adsema in Mozambique. He is enjoying familiarizing himself with a new dialect of Portuguese and learning a little Ronga.

Click here to lend to an entrepreneur in Mozambique.