A week in Siem Reap

HKL, the MFI that I am at for my first Kiva Fellowship, has Kiva loans all over Cambodia, which means if I want to visit with a decent number of Kiva borrowers I have to do a fair amount to traveling. Last week I did my first of several week long excursions to a branch office, this time in Siem Reap. Some of you may have heard of this town before as it is the home to Angkor Wat: 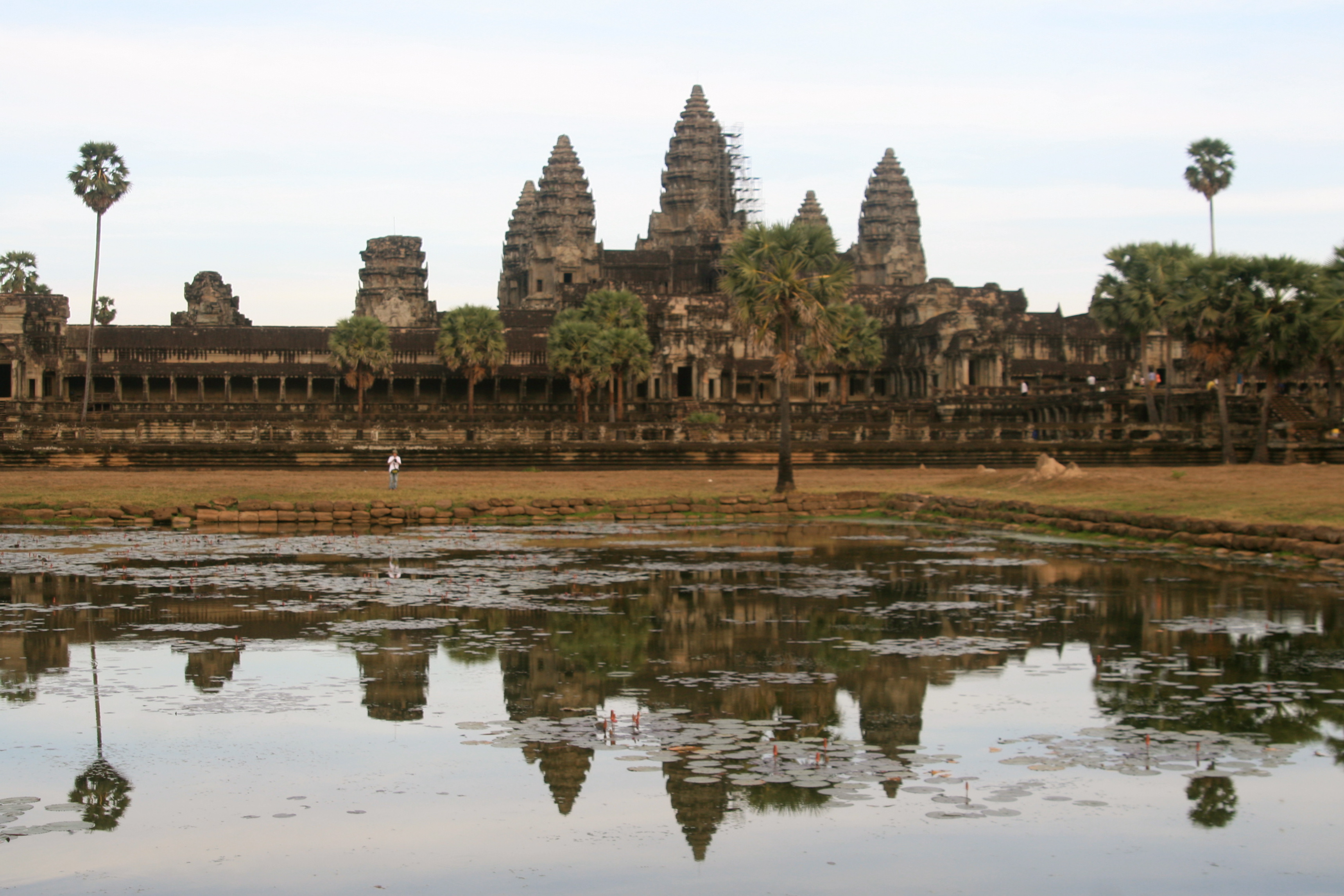 Needless to say I did not complain when it was decided that this would be going there and decided to make it into a 7 day adventure. Of those 7 I spent 4 days on the back of motos and meeting with as many Kiva borrowers as possible. The last 3 were spent exploring the surrounding temples with fellow Fellow Katie Davis, who came out for the weekend. While my work as a Kiva Fellow and my time as a tourist were about as different experiences as you can get there was one thing that I was struck by every single day: there is a history and depth to Khmer society and culture that I am afraid I will never truly be able to grasp in the time I have here.

The Khmer Empire dates back to 802 AD and the culture to this day is steeped in respect and tradition. There were signs of this at every visit, around every bend in the red dirt roads and in each temple I visited. At one point we had been on a series of dirt roads and paths for about an hour going to meet a borrower when we turned a corner and I was face to face with an enormous temple, under construction and covered in hand made scaffolding. While I have no idea how old it was one thing I did know was it was built without any big modern equipment, they simply could not have gotten it there. When I asked the credit officer I was with about how this construction was paid for he said that there was probably some money being sent in but many of the local boys and young men were most likely completing most of the work. Surrounded by a village of mostly subsistence rice farmers this temple is a cornerstone of the culture and deemed important enough to renovate.

After one of my days with borrowers and I met a PHD student who lives in the area, she speaks fluent Khmer and has been interviewing local Khmers for about a year. In other words, this was someone who had many experiences to share that could be helpful for me. When I told her that sometimes I became confused when I asked about how business was doing. Many times I would get the answer, good but there are problems, problems that are sometimes never were fully explained to me. She said that in many cases this could mean that the person believes that someone has put a curse on them or there are other supernatural powers at work. It was something that she said was not shared with her until she became fluent in the language and they felt comfortable speaking with her about it. While I can not infer that because I was not able to obtain an answer from a borrower that this was why it just drove home the fact that I am just skimming the surface of the place I am living in. This was both interesting and sad to know. While it did give me a new and useful perspective I had the feeling that my three to five months in Cambodia may not give me enough time to fully break the language and culture barrier that is so critical in the work I do.

After all the work was done for the week it was time to take off my Kiva hat and put on my wide brimmed hat, clip on my fanny pack, break out my 10 cameras and see some sights (mostly figuratively). I think it would be impossible to walk away from Angkor Wat and the countless temples around it and not be just completely bowled over by the sheer magnitude of what was constructed so long ago. The city in its prime was the largest pre-industrial city in the world, bigger than New York City!!!

I think the following description of a procession of the Khmer King in 1296 by Zhou Daguan, a Chinese diplomat is a powerful example of the strength the empire possessed in its hay day:

“When the king goes out, troops are at the head of the escort; then come flags, banners and music. Palace women, numbering from three to five hundred, wearing flowered cloth, with flowers in their hair, hold candles in their hands, and form a troupe. Even in broad daylight, the candles are lighted. Then come other palace women, carrying lances and shields, the king’s private guards, and carts drawn by goats and horses, all in gold, come next. Ministers and princes are mounted on elephants, and in front of them one can see, from afar, their innumerable red umbrellas. After them come the wives and concubines of the king, in palanquins, carriages, on horseback and on elephants. They have more than one hundred parasols, flecked with gold. Behind them comes the sovereign, standing on an elephant, holding his sacred sword in his hand. The elephant’s tusks are encased in gold.”

Anyway, it was a truly amazing week; I learned a lot, had a lot of fun and will never forget it. I have put together a little video, using the phrase of legendary New York Mets announcer Bob Murphy, as a little “happy recap” of my week there . Hope you enjoy.