I really struggled for a catchy title on this post but failed miserably.  Hang in there – I promise it gets better.

One of the nagging questions I’ve always had about microfinance is – how does it scale?  It’s particularly relevant here in the Philippines where Community Economic Venture’s (CEV) maximum loan is $450.  A typical loan officer has about 350 clients who are often scattered across the countryside down dirt roads in distant communities.  On a recent trip to Mindanao I had an opportunity to find out the nuts and bolts of how your dollars reach halfway around the world to the most remote borrowers.

After a day’s worth of plane flights, ferries, buses and motorbike rides I found my way to one of CEV’s community-run “cluster” houses outside of Trento in Agusan del Sur.  The clusters consist of up to 30 local clients who take on the responsibility of managing the respective members’ loans.  It’s governed by elected board members and by-laws and the group generally meets weekly to not only collect repayments but to discuss matters of importance to the community. 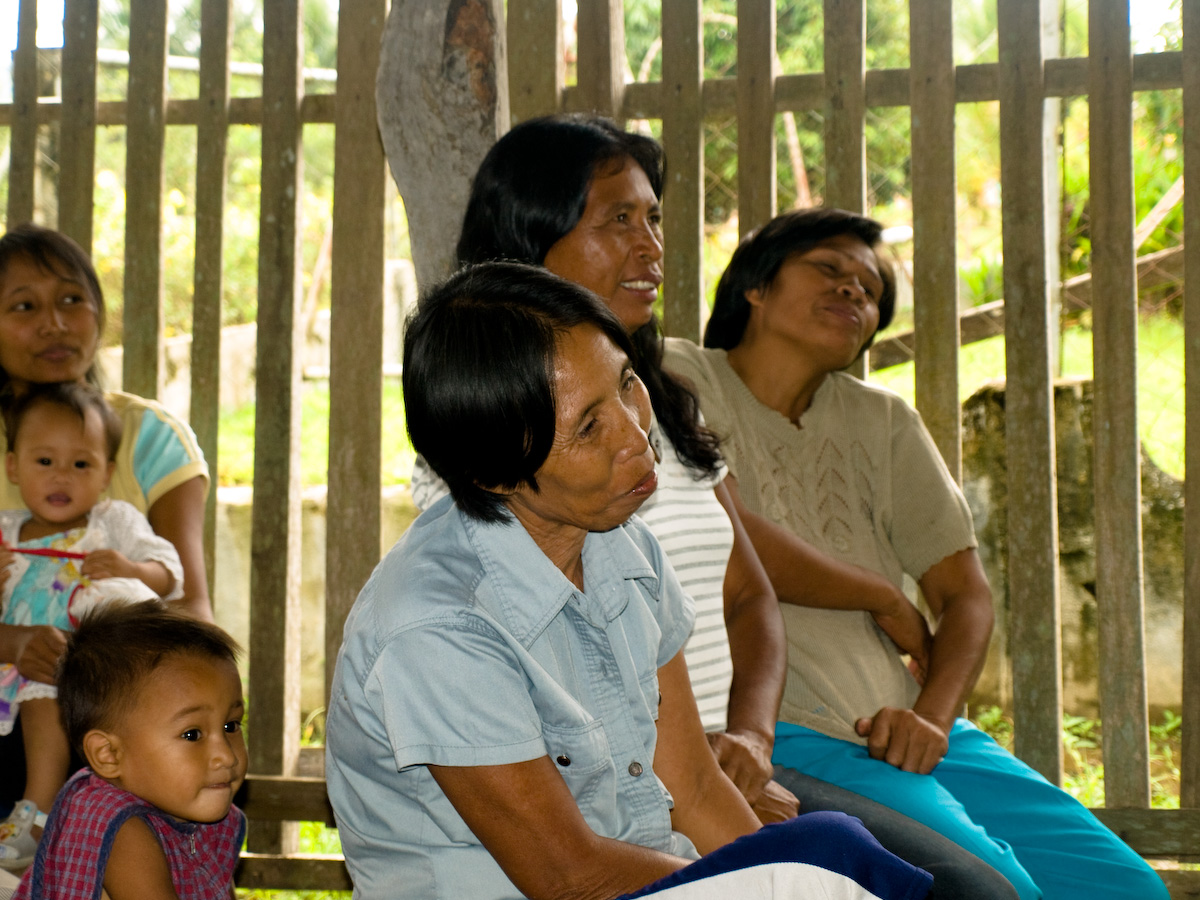 Inside the San Jose cluster house

This gesture of community empowerment is one of the ways in which CEV scales its operations.  Loan officers often consult with the cluster chairman to determine creditworthiness or loan amounts for individual members.  The group is accountable for one lump repayment representing the entire cluster and has some discretion in managing any deliquencies.  It also serves as a forum for credit training and education which is one of the key distinctions between CEV and its competitors.

I had the opportunity to sit in on a meeting of the San Jose cluster and talk a bit about Kiva and what we do.  The members were fascinated by the idea of distant lenders providing funding for their loans.  But in the spirit of geniune hospitality the atmosphere was less about business and more about getting to know one another.  I was asked pressing questions such as, “do you like chicken and rice?” and “when will you be coming back?”

Most of the San Jose cluster is engaged in rice or hog farming and the village sits on the edge of a massive rice field.  Mindanao is often called the “Land of Promise” due to its rich soil and vast resources.  Trento is well-known for its foray into organic farming and the mayor’s book on the topic was featured prominently in my pension house.  Irenea Hitgano took on a bold challenge in pioneering organic methods in her community, even offering to pay for any losses incurred by farmers if the new practice failed.

I put together an admittedly shoddy video to chronicle a visit to a cluster house.  It was shot with a cell phone and won’t win any cinematography awards, but the essence is there.  Enjoy: