2017 year in review: In uncertain times, strangers lighting up lives

For just a moment, try to ignore those news alerts on your phone. Take a deep breath and join us in the Kiva universe–a kind and compassionate corner of the internet (some may say parallel dimension) where people help each other improve their lives, every day. Here in the Kiva universe millions of people carry out small acts of kindness all the time.

This year, those small acts made something incredible possible. Kiva lenders crossed the milestone of more than $1 billion in loans to Kiva borrowers around the world.

That number is significant not just because it’s a huge amount of money mobilized for people who are financially excluded– it represents people reaching out to connect, improve their world and make a difference in the lives of others. 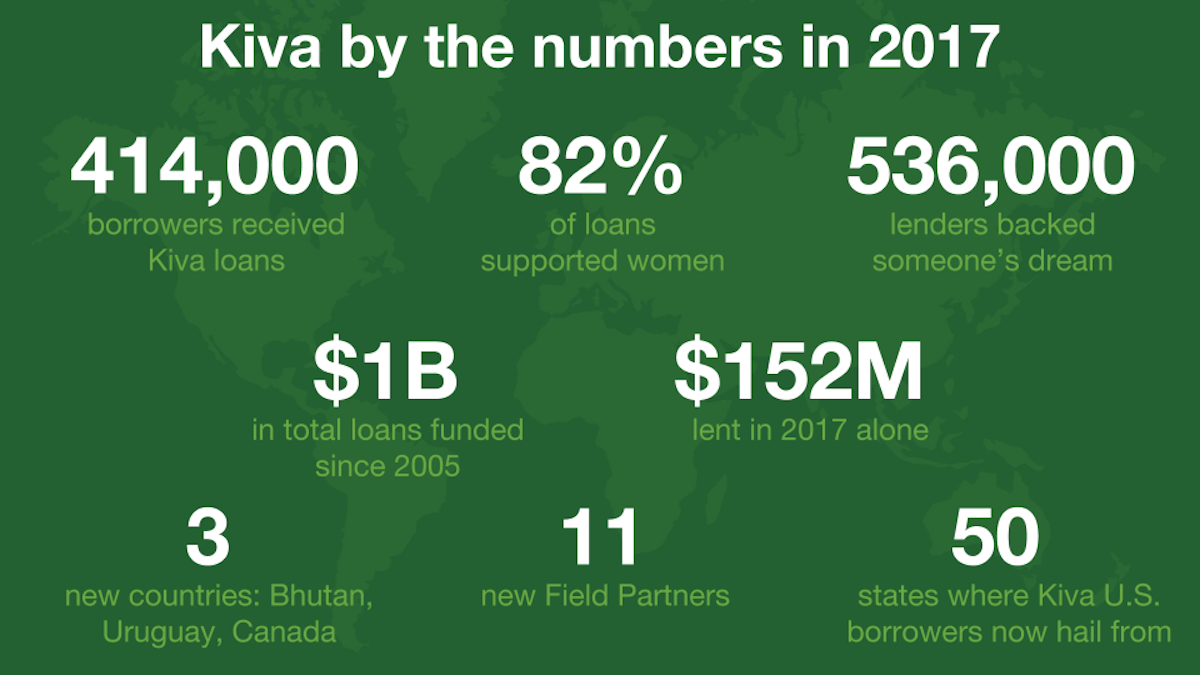 It was a tremendous year at Kiva even beyond the $1 billion milestone: we welcomed our new CEO Neville Crawley, broke records supporting women-owned businesses, and continued to create innovative loans for underserved populations and for social enterprises creating jobs in their communities.

But let’s go beyond the numbers and take a look back at 2017 by focusing on the people, who make it all possible: borrowers, lenders, funders, Field Partners, volunteers and staff all working to light up the lives of others.

The faces behind the $1 billion moment 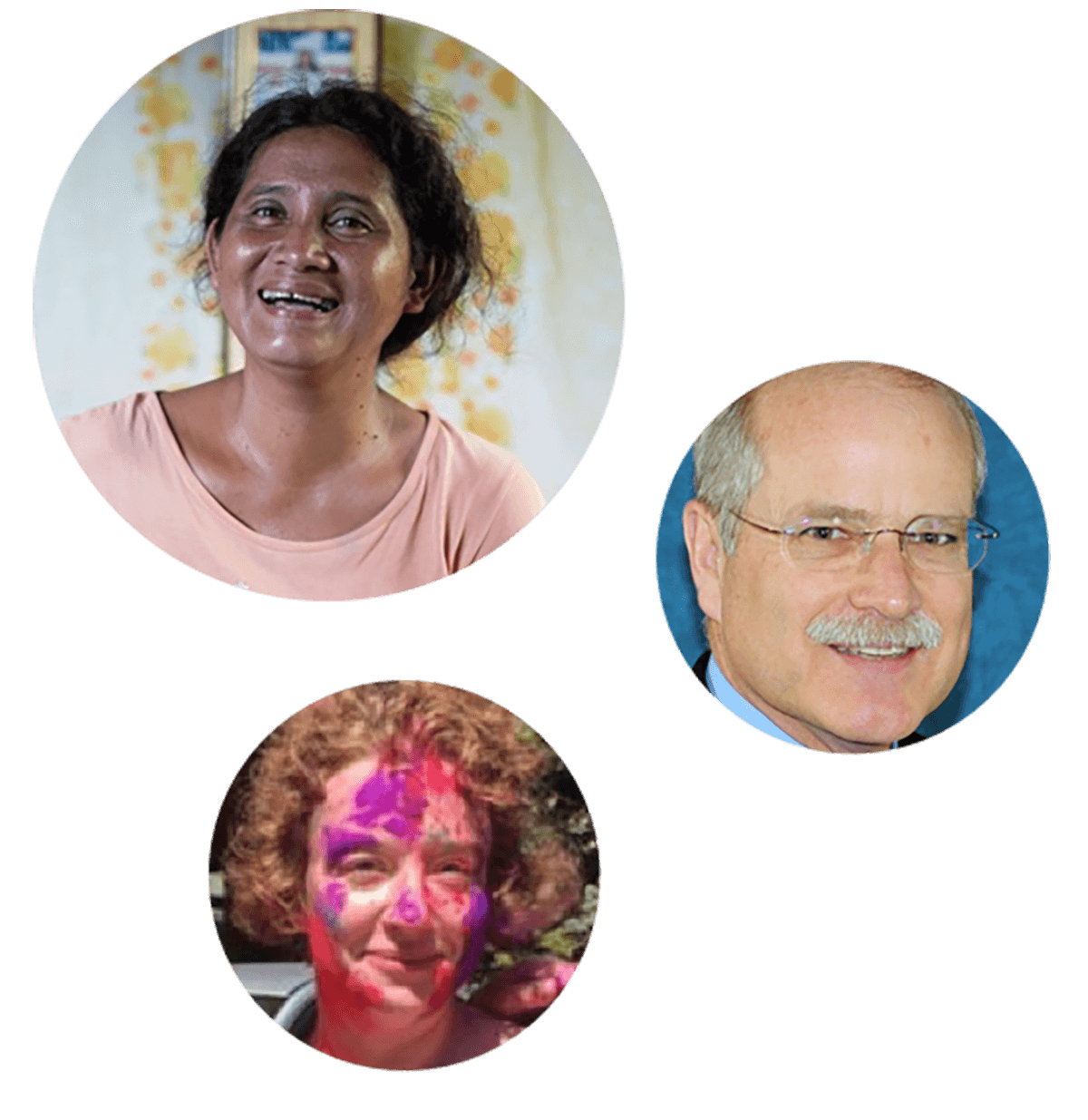 The billionth dollar lent on Kiva helped improve living conditions for a borrower in the Philippines named Lorebel and her family.

She used the Kiva loan to install a toilet next to her family’s home. This addition to her home will help the family avoid the spread of waterborne diseases, and improve their standard of living.

“I am so happy and proud,” Lorebel said, when asked about her successful loan.

The lender who made the loan to Lorebel that put Kiva over the $1 billion mark was Jon of Rochester, N.Y. He was introduced to Kiva through his daughter. A former chief financial officer, Jon knows the power of capital and was drawn to Kiva because it allows individuals to tear down the barriers that keep folks from accessing credit.

“You can make a difference in all parts of the world where people never would’ve had a chance,” he said.

The Kiva volunteer who translated this special loan is Anna, a British researcher focused on health issues in low- and middle-income countries. She is one of more than 400 volunteer translators and editors who ensure each borrower profile is ready to go up on Kiva.org, and she has edited more than 2,700 loans. Our incredible volunteers translated and edited more than 25 million total words in 2017! Whew!

Responding to the refugee crisis 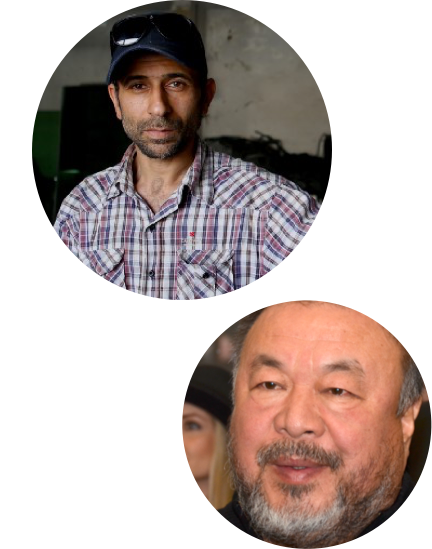 “After moving to Lebanon I did whatever work I could in factories as an employee. Now this is my own shop. I employ one Syrian and one Lebanese worker to help me. I would take such a loan again to get more machines and to increase the scale of production,” he said.

With Kiva lenders’ support, and the support of our World Refugee Fund partners, we are helping refugees and IDPs invest in their futures and contribute to their new communities.

Kiva’s work in this area was recognized in October 2017 by Participant Media, the makers of the film Human Flow, directed by Chinese artist and activist Ai Weiwei. Kiva co-hosted the San Francisco premiere of the film, which follows the stories of refugees, like Mohammad, who have been driven from their homes by violence, instability and famine. People who view the film are encouraged to take action, and Kiva is honored to be one of the recommended ways to provide support.

Women being bold for change

Women’s stories and voices called loud and clear for change in 2017, around the world and on Kiva. More than 330,000 women received a Kiva loan in 2017 to build businesses and improve their lives, and Kiva lenders smashed all preexisting lending records on International Women’s Day to support women building a better future for themselves and their families.

It was the largest single day of lending ever on Kiva, with more than $3.5 million in loans on March 8 alone.

One of the women the Kiva community supported on International Women’s Day was Haydee, in Nicaragua. She used a Kiva loan to purchase a solar energy system to install in her home. As a volunteer teacher who assists the local pre-school in her community twice a week, Haydee understands the difference that having electricity at night can make in her daughter’s education and development. Haydee has a busy schedule running a small farm where she grows corn and beans and raises livestock, but she still makes time to volunteer in her community to help children develop and learn.

Another woman boldly creating change this year was Yve-Car, a Kiva borrower who runs a beauty brand that creates quality jobs in Haiti and is helping challenge an often male-led beauty industry. Her initial loan in 2014 was backed by nearly 3,000 lenders and this year she started distributing her products in Whole Foods. Her company, Kreyol Essence, also grew beyond her initial goal of employing 200 women to reach 355 employees.

“I didn’t realize how important it is to see images of young women of color in charge, doing positive things,” Yve-Car said, of the response she’s received as she continues to grow her business and gain recognition for her work.

Your donations to Kiva helped Kiva staff expand our reach in 2017!

We added 11 new Field Partners around the world and expanded our work into 3 new countries: Bhutan, Uruguay and Canada. This was possible through the growth of our direct to social enterprise program, a pilot program that aims to raise capital for social enterprises that are too small for traditional banks, but too big for microfinance loans.

More than 350 lenders funded the first loan in Bhutan, to Ana By Karma, a social enterprise that works to create new income opportunities for women weavers in rural areas.

The first loan in Uruguay also supports artisans, through Manos del Uruguay, one of the oldest weaving cooperatives in the world that works with more than 200 rural Uruguayan women.

The first Kiva loan in Canada was to Legworks, a social enterprise providing low-income amputees in the developing world with access to high-quality prosthetics. More than 1,400 lenders backed this mission-driven loan, and nearly 60 of those lenders are on the Friends of Bob Harris lending team.

There are more than 35,000 lending teams on Kiva and team members are some of Kiva’s most dedicated lenders.

Serving every state in the U.S.

The Kiva U.S. team was also busy reaching new communities in 2017. Kiva lenders have now funded a Kiva U.S. loan in all 50 states with the addition of Mississippi this year.

More than 100 lenders supported Brusha in Clarksdale, Miss., to grow her hair extension business. Brusha said, “I grew up in Jonestown, Miss., where there wasn’t much to do but read and dream of becoming something.”

She followed those dreams to the top of her high school class, got a degree in applied science from the University of Memphis and then turned her attention to her lifetime dream of owning her own business.

Gary, a Kiva borrower and owner of a cleaning business, spoke at the San Jose launch. After spending 20 years in prison, he wasn’t able to get a loan from traditional sources, but Kiva lenders believed in him and helped him start a cleaning service. He went from a one man operation to employing 11 workers.

“It made me the man I always wanted to be and it opened up the vision that I always had,” said Gary.

This year was a devastating one for many when it came to natural disasters and the communities Kiva serves were no exception. 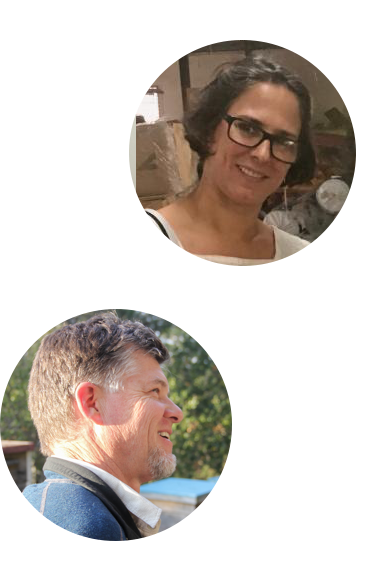 In the aftermath of Hurricane Maria, Kiva extended a 6-month grace period to borrowers in Puerto Rico who were repaying loans and for new borrowers endorsed by a trustee and fundraising for a new loan. Ana Maria, the Kiva lead in Puerto Rico, collected loan applications written by hand to help facilitate the process for borrowers struggling without power.

Matilsha, the founder and CEO of a fair trade and sustainable lifestyle brand, was the first Kiva borrower to receive a loan in Puerto Rico following the September hurricane. Her loan funded in less than 2 days.

In Santa Rosa, Calif., a beekeeper named Dewitt lost a third of his hives to the wildfires that devastated the region in October. More than 700 lenders supported his loan to help him rebuild and purchase queen bees and nucleus colonies in the spring of 2018 to replace the 25 colonies that perished in the fire.

The support the Kiva community shows to borrowers during times of crisis inspires us throughout the year.

Kiva staff, interns, fellows and volunteers all play an integral role in growing Kiva’s impactful work. Here are just a few of the many examples of people making a difference behind the scenes (or on stage!) in 2017. 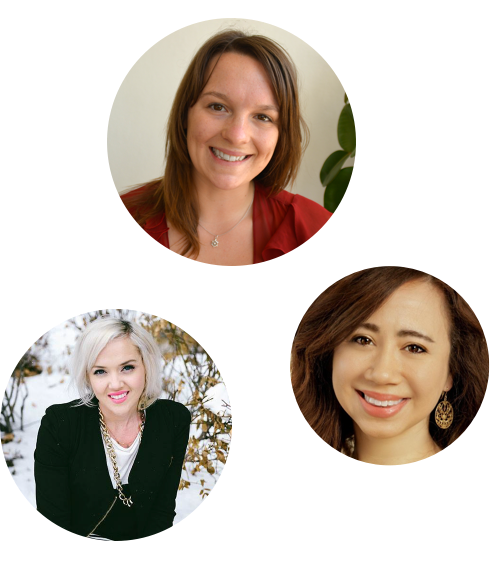 Kiva’s Anglophone Africa Portfolio Manager Rachel Lewis brought on new partner Lewa Wildlife Conservancy in northern Kenya to provide loans to rural women around the conservancy. By creating opportunity through loans, Lewa is reducing the risk of habitat loss for some of Africa’s most endangered species, such as black rhinos, white rhinos and African elephants.

Kiva Fellow Caitlin Jolley helped our partner Ejido Verde in Mexico create a new type of loan to support borrowers running tree farms. Communities were initially given loans to plant the trees as a way to reforest idle lands and create income. With Caitlin’s help, the partner will now offer farmers loans to help maintain those trees, and the partner was able to provide geolocation maps of the tree farms to potential lenders.

Jessica Hansen, Kiva’s Global Engagement Manager shared her inspiring take on the power that is within each of us when she addressed the intersection of technology and large-scale movements for good at TedX Berkley.

This bold idea that we all have the power to make changes in global issues through technology is at the core of Kiva — and we loved rooting on Jessica as she shared that message with the world.

We are so grateful to all the lenders, borrowers, volunteers, partners and staff who made so much good possible in 2017. We are committed to continuing to grow our impact, and light up more lives in 2018.

If you’d like to contribute to those efforts please consider an end of year donation to Kiva.

100% of all money lent of Kiva goes to funding loans, so we rely on donations to continue operating and growing.