On Dedication, Adversity, and Not Being a Whiner

This post has a long-ish preamble before I get down to the real moral. Bear with me for just a little bit.

Let’s face it: If you are a foreigner in rural Sierra Leone during the rainy season, you will invariably find yourself engaged in a game of what my friend Ryan once referred to as Tropical Disease Roulette. While you may be unsure whether the bullet contains typhoid, malaria, or the alphabet soup of the hepatitises, you can be absolutely certain that – probably sooner rather than later – you are going to come down with something.

After 6 months in Sub-Saharan Africa and no diseases whatsoever, it was safe to say that I had become more than pleased with my superhuman ability to outwit illness. I reveled in the self-congratulatory fact that I could drink tap water (extremely idiotic) and eat all the street food I wanted (slightly less idiotic, but still not a smart idea) seemingly without consequence, and would proudly give accolades to my “stomach of steel” and “Herculean immune system” to anyone within a five-mile radius. I was fully committed to making it off the continent and back to the United States without so much as a cough, and nothing was going to stop me.

That is, until I had to make the arduous, 7-hour overland trek from Makeni to Kenema, a city in Sierra Leone’s far-flung Eastern province. I hadn’t felt spectacular for the past few days, but on the day I was to travel, I woke up feeling considerably worse. “Nope!” I encouraged myself with much aplomb, “Not getting sick!” I resolved that my malaise could be chalked up to two months’ worth of 5:30am wakeup calls from roosters auditioning for “Sierra Leone’s Got Talent!”, and headed off to work, imagining a golden plaque embossed with “Micaela Browning: Bravely Conducting Borrower Visits in the Face of Adversity” mounted on the front door the MFI in anticipation of my triumphant return.

Naively assuming we would be traveling in my MFI’s 4×4, I arrived at the office anxious to get this show on the road. “Um, so…where’s Hassan?” I asked, nervously scanning the office for our driver. The Kiva Coordinator who would accompany me, Ibrahim, casually replied that, in fact, we would be using public transportation to make the journey.

With Ibrahim in happier times (i.e., the first twenty minutes of the journey).

I immediately felt the little remaining color drain from my fever-dampened face. “Public transportation” in Sierra Leone is a euphemism for “totally un-roadworthy, 1970s Chinese-make vans packed with people, livestock, and bags of rice in a manner reminiscent of the aftermath of level 10 Tetris game.” Now, this situation is less than palatable when you are feeling great, and tantamount to the depths of Dante’s Inferno when you are not. The fact that it was the rainy season also meant that the already barely passable, pothole-ridden dirt roads had now become rivers, which is fantastic if you’ve got a kayak handy and not-so-fantastic if you’re crammed into a gigantic toaster on wheels with 20 other passengers.

So, to say that I was not pleased about this development would be like saying the Sahara is a “sort of dry” place. But, as Fellows often have to remind themselves, the borrowers come first, and this trip was not about me. I was certainly not about to let on to Ibrahim – who since my arrival has treated me as nothing less than family – that I wasn’t thrilled about the game plan. So, I forced a weak smile, and croaked weakly, “Can’t wait! Let’s go!”

The trip was just as unpleasant as I had feared, involving four different transfers between poda-podas (in local parlance, the aforementioned ancient Chinese vans). Somewhere around hour 5, wedged between Ibrahim, the van’s emergency break, an incessantly meowing cat (yes, you read that correctly), two ducks, and enough crying babies to feed the Hoover Dam, I lost my already tenuous grip on reality. My mind had retreated into a happy place in which only one person occupies a bus seat and babies shed tears of ice-cold microbrewed beer and cry to the tune of Keith Richard’s guitar riff from Jumpin’ Jack Flash. 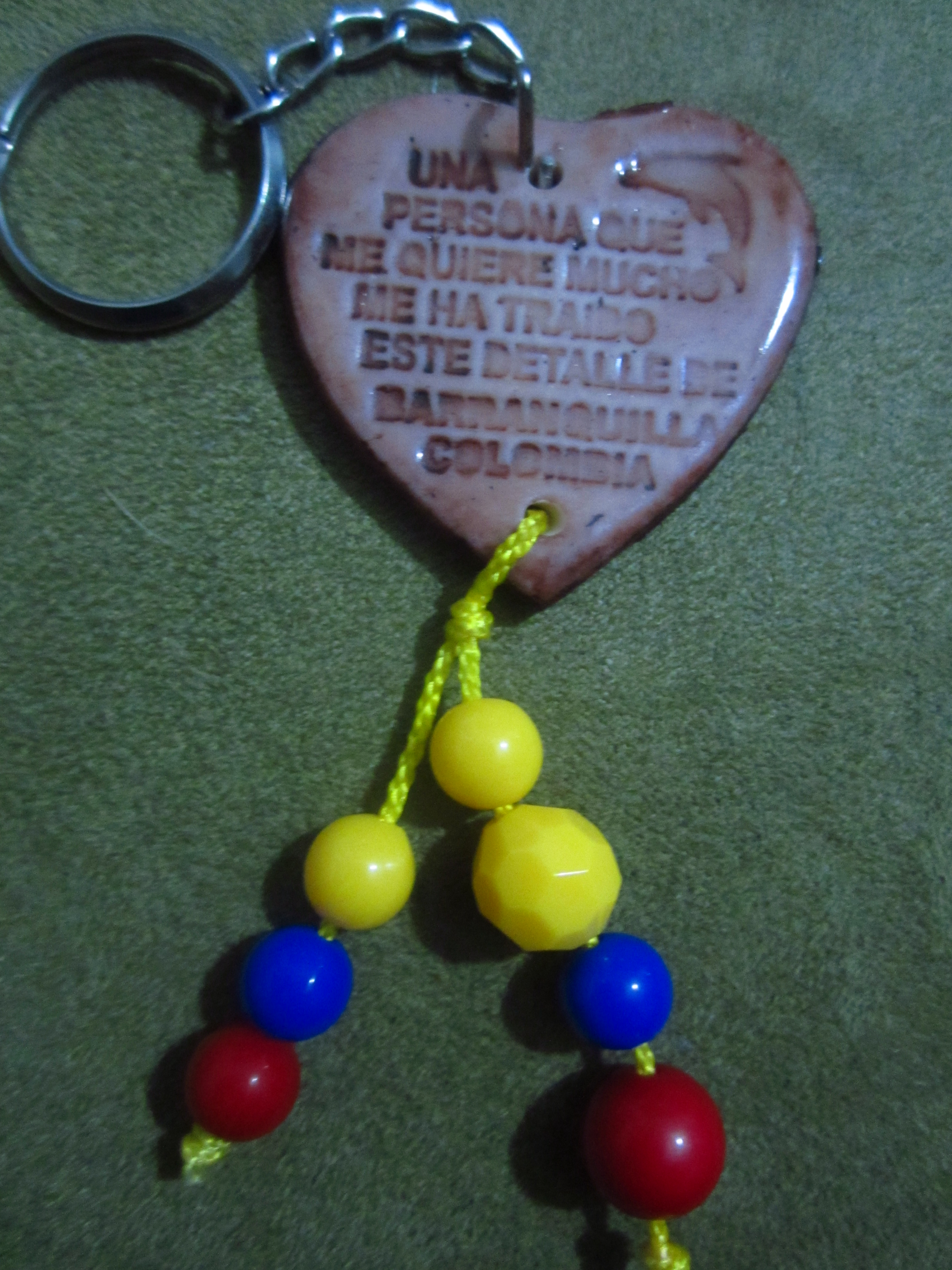 Hour 2. Things have begun to go south. Contrary to what the words emblazoned across the front of the van suggest, Allah was most definitely not in control.

Things only went downhill once we arrived. After visiting a client who worked in the city’s stifling, pungent fish market, it quickly became apparent that I was very unwell indeed, and also that a crowded fish market is not where you want to be when you are very unwell. I have a vague recollection of stumbling through the interaction with all the grace and finesse of a water buffalo on Quaaludes, and failing to successfully execute basic, count-on-one-hand addition that wouldn’t even faze a kindergartener.

It was time to admit defeat, and downgrade my “Herculean” immune system to “That other Greek dude whose wax wings melt when he flies too close to the sun, causing him to plunge headlong into the ocean.” “Fine, Africa!”  I melodramatically exclaimed to no one in particular while wringing my hands in disgust. “You win!” I have no idea what sort of retort I expected from Africa, but it seemed like a cool thing to say at the time.

A quick visit to the clinic confirmed that I had typhoid, which had the psychosomatic effect of causing me to feel even more ill than I probably was, and also granted me what I hoped to be some serious street cred back at the office. After obtaining what I could only hope was actually ciprofloxacin from the local drugstore, I begrudgingly loaded myself back into a departing poda-poda with Ibrahim.

Downtown Kenema, as seen from the SMT balcony

I cannot tell you anything about the trip back to Makeni due to the fact that I spent the majority of the time in a highly advanced state of self-induced shock. I can sort of recall curling up in fetal position with my head crammed against the back window, gently rocking back and forth, and humming a made-up lullaby to myself. I have no idea how long the trip was or what roads we took, but I can tell you that I awoke in a sizeable puddle of my own drool, and that a red crease from having fallen asleep against the seatbelt had effectively divided my face into two perfect halves.

When we finally arrived in Makeni, I stumbled out of the giant toaster bleary-eyed, grabbed my belongings, and gazed back expectantly at Ibrahim, who was still in the van. “Welp, see you tomorrow!” he said, and waved at me as the van lurched forward and disappeared into the night.

See you tomorrow?!?! What? I couldn’t believe my ears. I was infirm! I had typhoid! Did Ibrahim not see the state I was in? Did he really expect me to come into work the next day? I shuddered at the thought of attempting to arise six hours from now, collapsed into bed, and promptly fell asleep.

The next day, I felt marginally better, and decided to brave a day of work. “I can do this,” I told myself. “They’ll tell tales of my dedication!” I headed off to work, expecting and looking forward to an outpouring of sympathy and condolences from the MFI staff.

An attempt to capture the fervor of the fish market.

Instead, no one said a word to me beyond the usual cordial morning greetings. What was going on here? Where was my hard-earned coddling? By 4pm, it had become apparent that no one besides my own self was remotely concerned with my diagnosis. So, when the executive director popped by my desk to ask how my trip was, I figured I would casually test the waters and drop the T-bomb. “It was good,” I told him, “But, since I have typhoid, it was a bit of a rough journey. You know, because of the typhoid.”

“Oh…well, we Sierra Leoneans get that all the time. Glad you’re back, I’ll look over the solar product draft this afternoon, okay? Cool, see you later!”

Upon further inquiry, I discovered that most people in my office come down with typhoid and malaria on a pretty regular basis. Unlike me, they choose to not make a big deal out of it and truck on, putting in a full work day without making so much as a peep about their illness. This attitude is entirely the opposite of what I am accustomed to in the United States, where, when sick, we typically revel in regaling anyone within earshot with a laundry list of our symptoms, medications, and prognoses.

In my two months here, I do not think I have seen anyone in my office of nearly 20 people miss even an hour of work. Not one person. What’s more, what was a one-time epic journey for me is simply part of a typical workweek for SMT employees. And, I guarantee most have made that very trip feeling much, much worse than I did. Even when a coworker’s child tragically passed away last month, he was back in the office the following day, working with his usual resolve and conviction

SMT staff are some of the most dedicated and hard-working individuals that I have ever had the pleasure of working alongside. They are a veritable family of coworkers that consistently put their clients’ needs far above their own, and it shows; every borrower that I have had the privilege of visiting has a warm, respectful rapport with his or her loan officer, and is quick to pepper you with anecdotes about their appreciation for SMT and the fantastic work that this MFI does here in Sierra Leone.

It’s hard for me to find words that fully capture the degree to which SMT is committed to its clients, and I fear that, having been here for only two months, I would fail to summarize the work ethic here as well as the SMT creed itself. This short creed, which hangs on the door of every room of the office, says:

Our customers are the most important visitors.

They are not an interruption to our work, but the purpose.

They are not outsiders of SMT’s work, but part of it.

We don’t do our client a favour by serving them.

They are doing us a favour by giving us the opportunity.

To wrap up, I’d like to leave you with what I think is the most hilarious (and also sort of shameful) part of this story: I probably never actually had typhoid in the first place.

Upon consulting Dr. Google, I discovered that the levels of typhoid antigen in my system that the blood test had identified were low, and consistent with someone that had previously been administered the vaccine. You know, someone like this girl, a few weeks prior to departing for Africa. So, not only was I a big whiner, I was now a big whiner who probably had come down with nothing more than a mild head cold.

So, lesson duly learned. When you work in microfinance, sometimes you need a reminder that your level of commitment and dedication affects far more people than just you and your coworkers.  As the SMT creed suggests, the clients are doing you a favor by giving you the opportunity to work with them, not the other way around.  And, you can’t really take advantage of this opportunity if you’re too busy complaining about your faux-typhoid.

Micaela Browning is a Kiva Fellow working with Salone Microfinance Trust in Makeni, Sierra Leone, Kiva’s first partner in the country.  Her first placement was in Boane, Mozambique with Hluvuku-ADSEMA. She enjoys long walks on the beach and short walks off piers.