Hard Workers and the Spirit of Entreprise 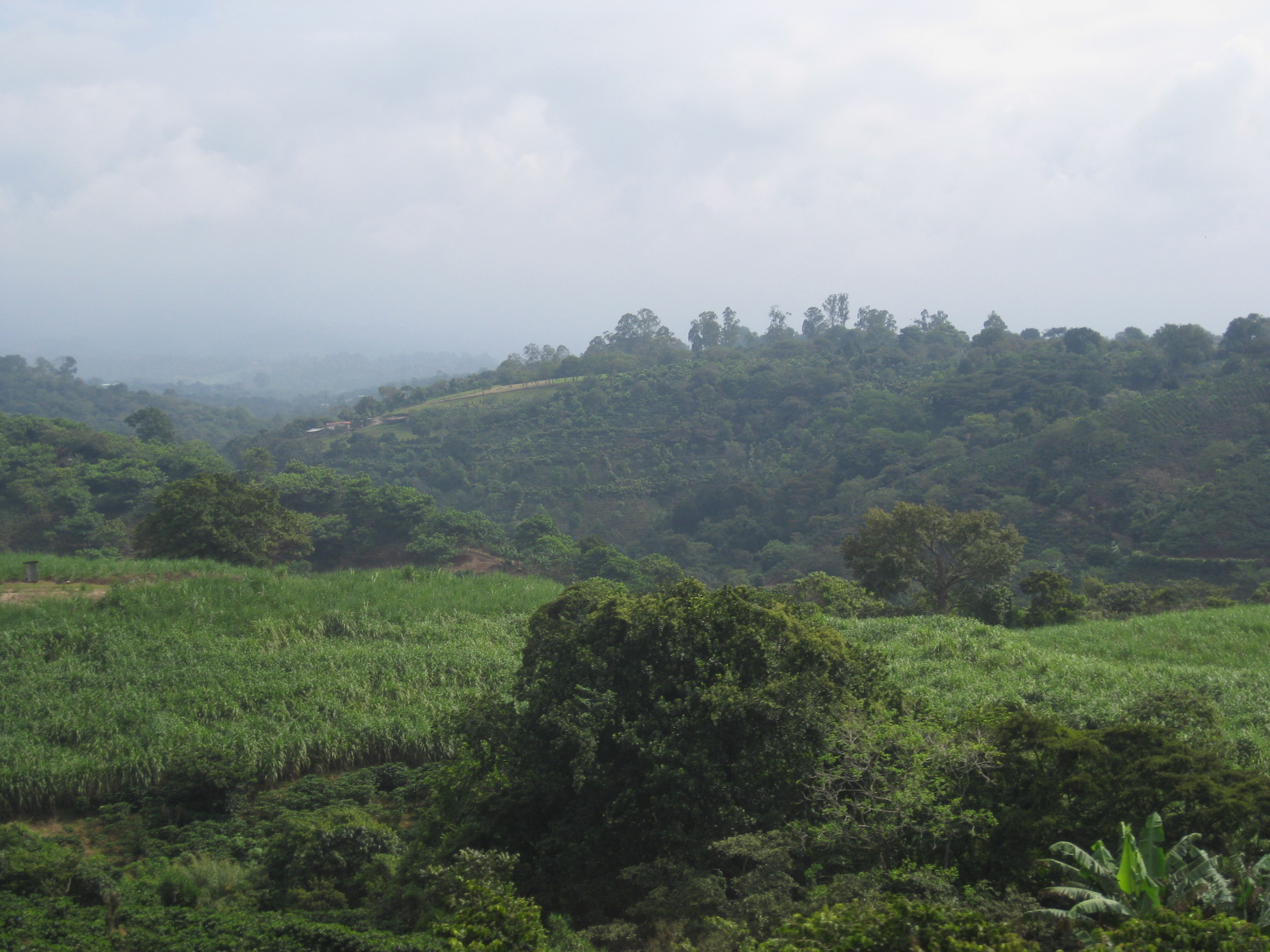 En route to San Carlos for some BVs

By all accounts, borrower verifications (BVs) have been a highlight for all Kiva Fellows who have had them on their work plans. I started mine last week, but I have to admit I went into them feeling apprehensive—especially since not all borrowers fully understand how Kiva works or how Kiva is even related to them.They all know they get money from the local bank or empresa de crédito, but few of them think beyond this about where that money comes from. And under EDESA’s community-based lending model, borrowers tend to share close relationships with their loan officers; often they’ve been neighbours in the same small community for years. So I was definitely the outsider, and I didn’t want to come across like a big bad auditor from the Western world, coming to check up on them.

I also didn’t want to forget anything. Between completing the BV checklist, conducting some borrower interviews, and capturing some decent footage, there’s a lot to remember! You may recall from my first post how well I took to long bus rides along winding mountain roads—so the thought of having to go back to a town, just because I forgot to check some repayment information, really made my stomach turn!

In all seriousness, though, BVs are a really important part of Kiva’s work. They involve going out to meet a random sample of Kiva’s clients to verify the accuracy of the information in their profiles on Kiva’s website. Kiva Fellows act as Kiva’s eyes and ears on the ground to help everyone understand what is going on out in the field.

So I’ll just say that Gravol and ginger ale came to my rescue again, and I’ll fast forward to the good parts. First I traveled 2.5 hours east of San José to El Sauce de Santa Teresita de Turrialba, a small mountain community with at most 1,500 residents. Two days later I was headed 3.5 hours north of San José to San Rafael de Florencia de San Carlos. Heat and humidity are a fact of life in this hamlet of 500 people. Both towns essentially have one main road, along which many of their residents seemed to live.

Seeing firsthand what Kiva is all about

As I arrived in these towns, I finally began to understand what previous Kiva Fellows had meant. So far I’ve met 6 borrowers, and I’ve been learning more about the projects they are working on with their loans. None of these people have any viable alternatives to access the credit they need: Typically, the loan requirements from a commercial bank are not conducive to what lower income borrowers are able to provide.

As I spoke with them, I also gained insight into their lives and their families. I was truly inspired by how hard they work and how they are making the most of the opportunity their loans had provided them. In turn, I showed them printouts of what their profiles look like on the Kiva website, and pointed out that they were connected to people from all over the world—lenders who each wanted to contribute to making their lives better.

For this post, I’ll just focus on two examples from my visits. In San Rafael I met Hilario, who used his loan to buy cement and other building materials to build a house for his family. Hilario and his wife are originally from Nicaragua, and he wanted to build the house so that his 5 young kids had a proper home to live in. The house was all made of wood, and it was beautiful. He’s built it all by himself, with no outside help, in the span of 3 months—working on it only in the hours he wasn’t at his day job (which helps him pay off the loan). I was blown away. 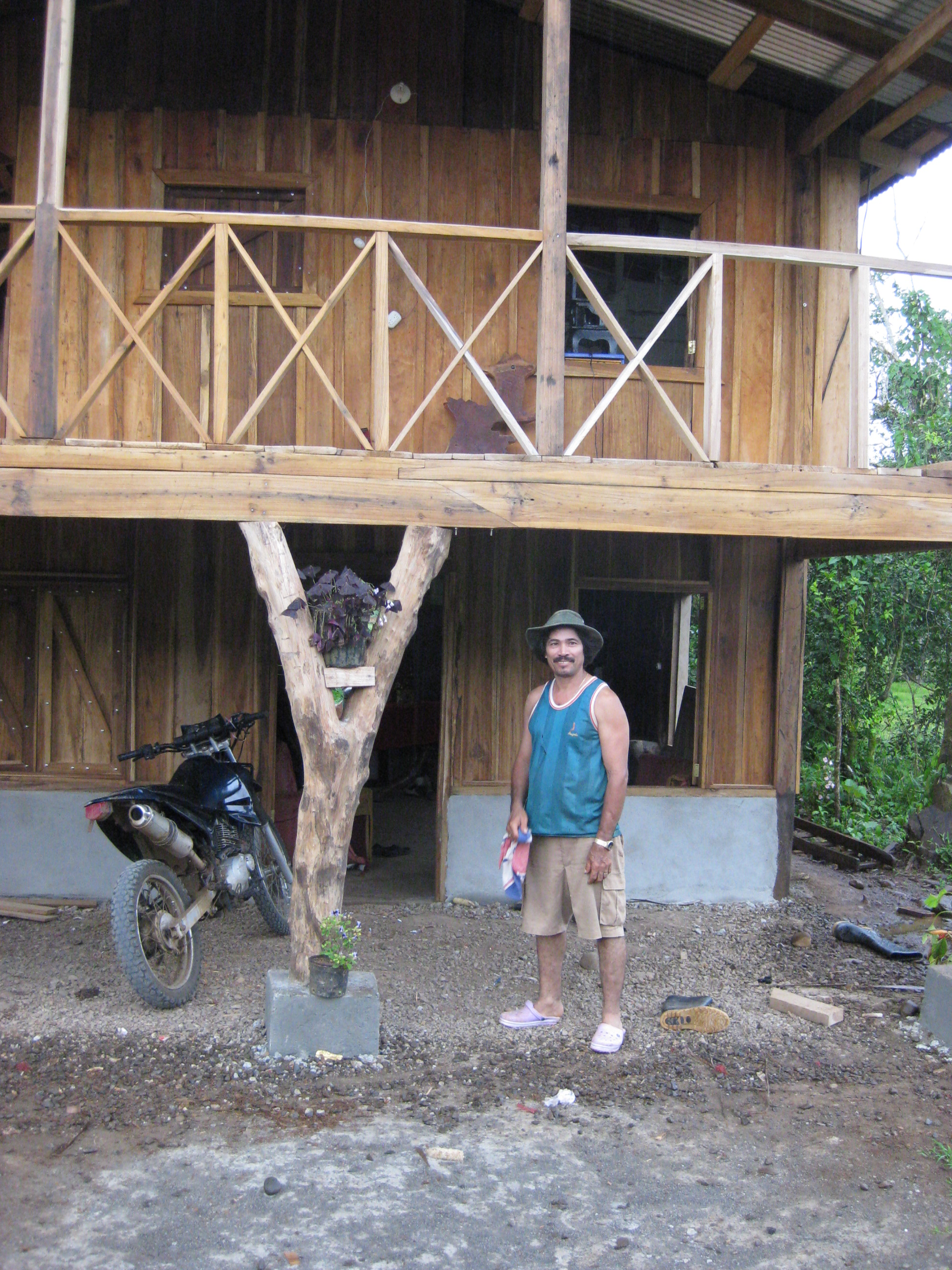 This is the house that Hilario built

Then there was Gabriela, a young woman who used her loan to buy sewing machines and other equipment to help her with her clothing business. She finds time while her two-year-old daughter is napping to sew all sorts of clothing, like the baby dress she was working on when I stopped by. She then sells her products at her neighbour’s store down the lane. Right now she’s practicing her sewing techniques, but already her work looks like that of a professional. She hopes to expand her business in the future so that one day she can have her own clothing store in town. 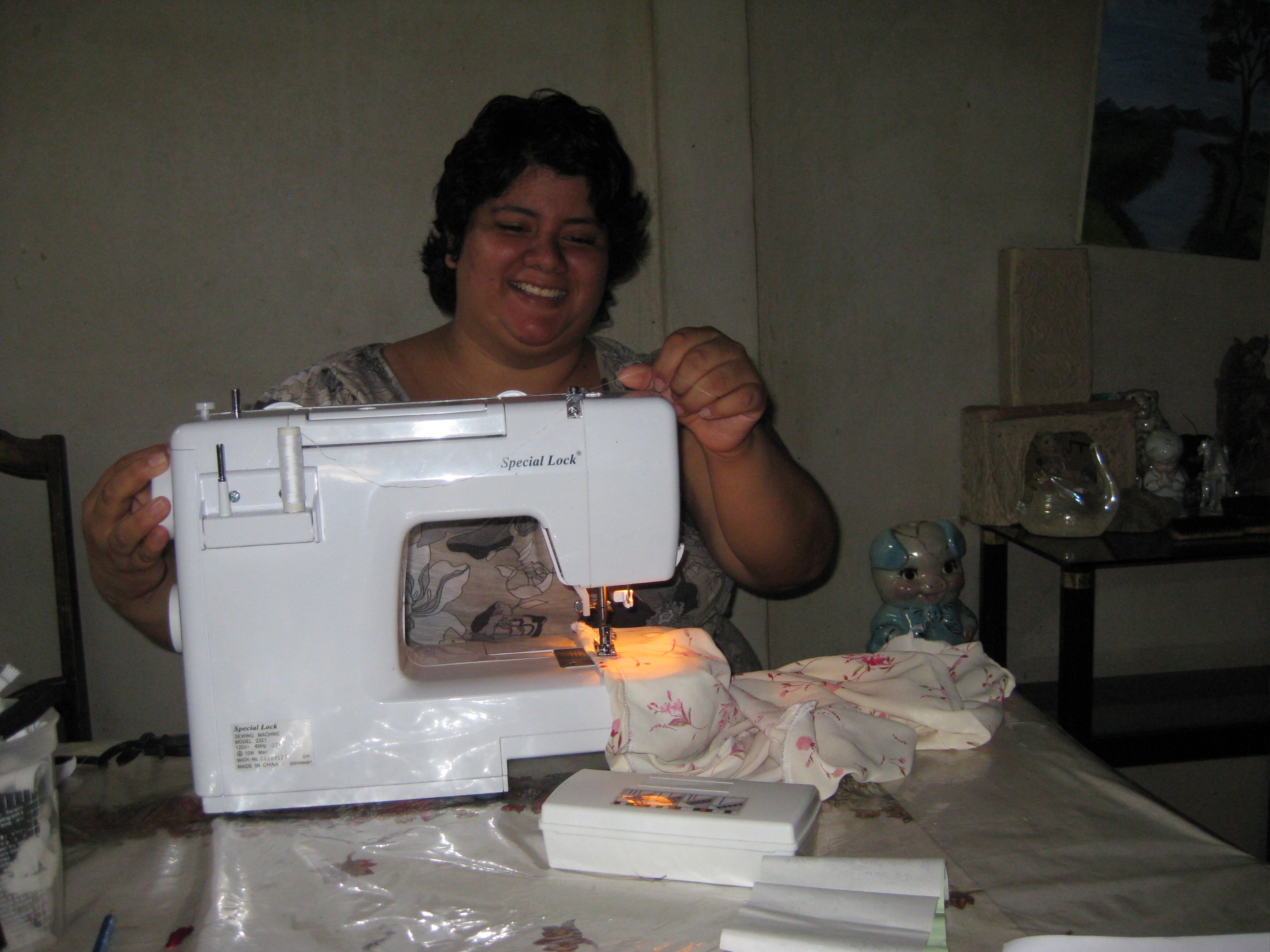 Gabriela dreams of owning her own clothing shop one day

Evidence of a strong work ethic and an entrepreneurial spirit

The spirit of hard work and entreprise is rife in Costa Rica. I see it not only among Kiva’s borrowers, but also right here in the EDESA office: My colleagues haven’t let up their pace since I got here. The work day is 9 hours, or longer if they need to finish something up. Morning and afternoon coffee breaks, if they happen, are always limited to 10 minutes, and lunchtime is restricted to 45 minutes. While the mood in the office is congenial and jokes fly around all the time, very little time is spent talking about things other than their work. It’s clear that’s what break time is for.

This kind of work ethic might exist because EDESA is a small organization (there’s less than 10 of us here in the main office), so there’s plenty of work to go around. Or maybe, just maybe, it’s broader than that: Something that’s endemic across Latin America. For example, my Mexican colleague told me that when he started his first job back home, he was told by his new boss: ‘Where we work, there’s a start time, but there’s no end time.’ He tells me this is typical when you work in the private sector in Mexico. 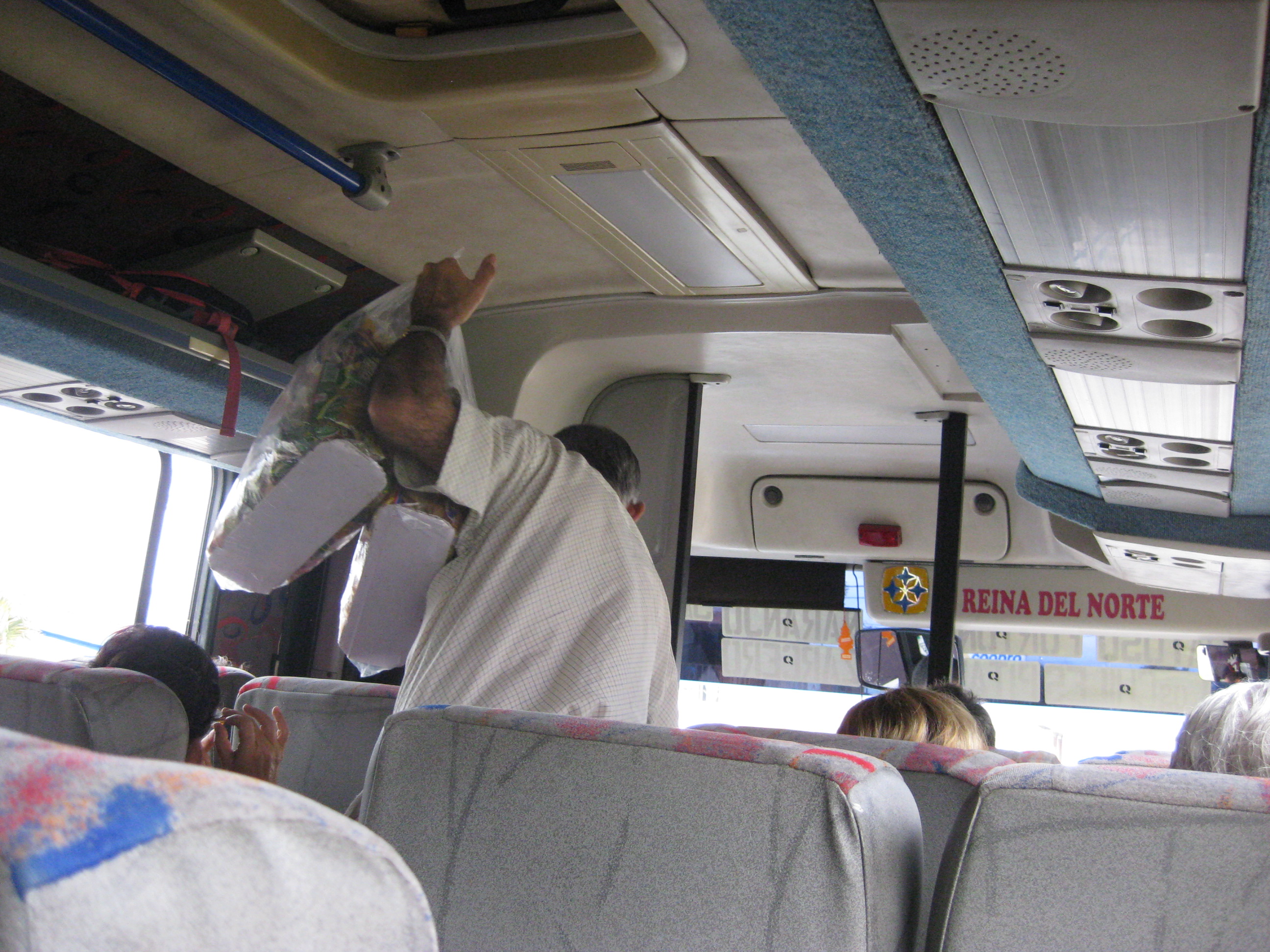 It’s a good day for this snack vendor: He made some sales on our bus.

Entrepreneurial Ticos have capitalized on business opportunities everywhere, although their success rates may vary. There’s no shortage of small vendors, selling everything from fruit and lottery tickets to socks and medicines. They line the streets or hop on and off buses selling their wares. One day, as I was delayed at the bus station, I watched as one man tried to sell pipas frías, or cold coconut juice. He walked around the station and hit every new traveler he saw; he would offer them again to the same people when he saw them in line for their buses, and once again after they had boarded. He was all business. Both his mantra and his efforts were relentless: ‘Pipas. Pipas frías.’ But in the 3 hours I was at the station, I didn’t see him sell a single one. 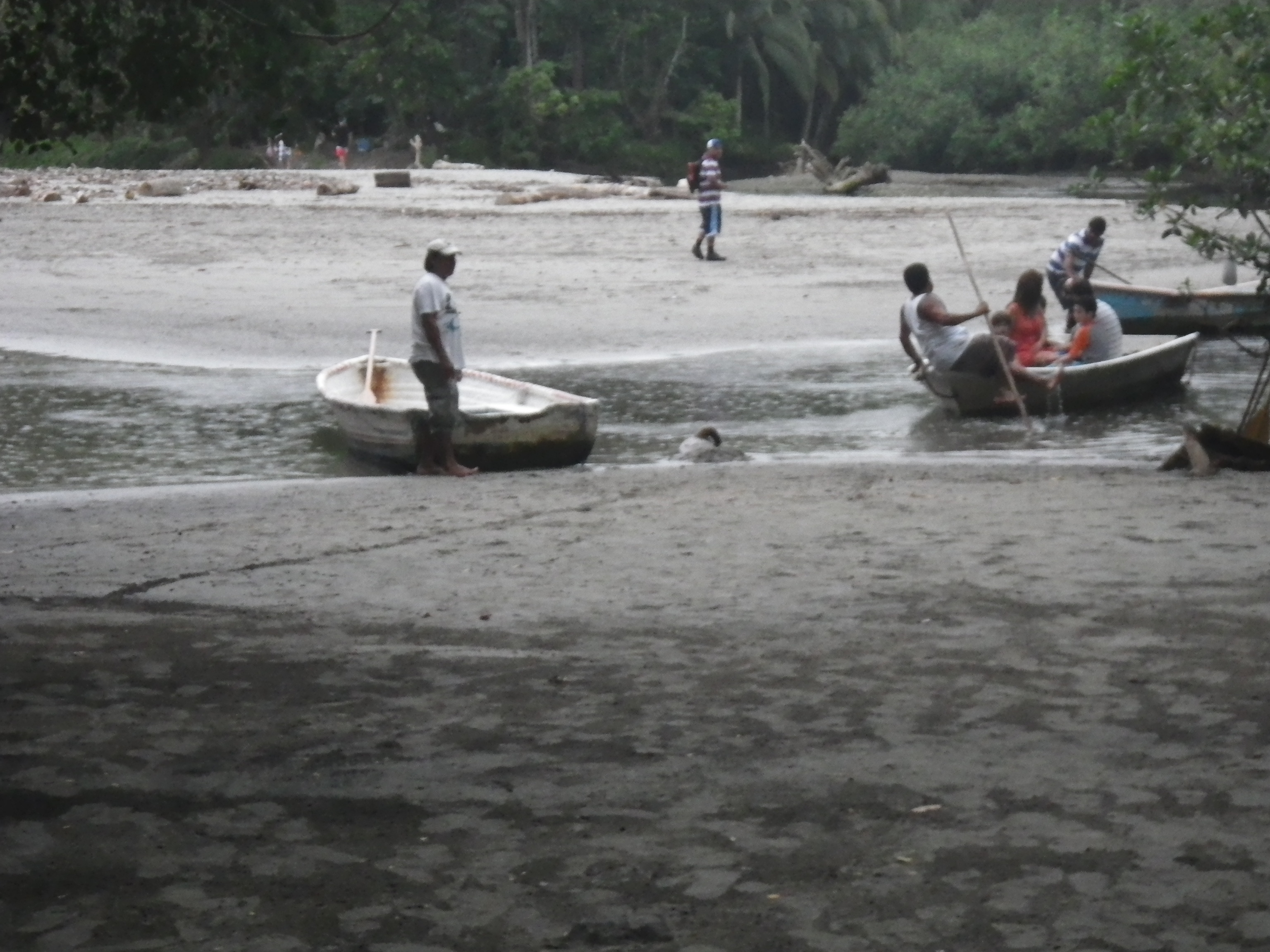 Hold on tight… You’re in for a short ride!

My personal favourite, though, was a boat service that had cropped up in the Parque Nacional Manuel Antonio. As you leave the trails and beaches to exit the park, there’s a little stream you have to cross that eventually flows out to the Pacific Ocean. At a first glance, it is maybe 6 feet wide and looks to be only a few inches deep. But the middle of the stream dips down so that the water comes up to your waist. These boat ‘drivers’ would literally move you 2 feet across the stream and allow you to land on the other side, dry as a bone.

Microfinance: An important part of a solution

A recent article in The Economist discusses the growth of small business in developing countries, and notes that few of them ever emerge as big successful enterprises in the same way companies like Apple or Google did in the United States. Providing management training has been shown to help these small businesses. Maybe so, but I do think that sometimes people possess a natural talent for entrepreneurship: It often arises out of economic necessity.

And economic necessity in Costa Rica definitely exists. Though Costa Rica’s average income is higher than most of its Central American neighbours, poverty is more widespread in this country than what many people think. A coffee plantation worker earns between $2-3/hour, while a snack vendor may sell a bag of chips for $1 on every bus he hops on. As one point of reference, I probably spend about $40 on groceries for lunch and dinner in a week (and that’s to make very frugal meals.) Furthermore, petty theft is extremely common here, as evidenced by the barbed wire and iron fences protecting most houses and businesses. In Tamarindo, I was told not to leave my flip flops on the beach while I swam, because they might not be there when I got back. Times are tough for many Ticos. I can see why providing access to credit can go a long way in a place like El Sauce or San Rafael. 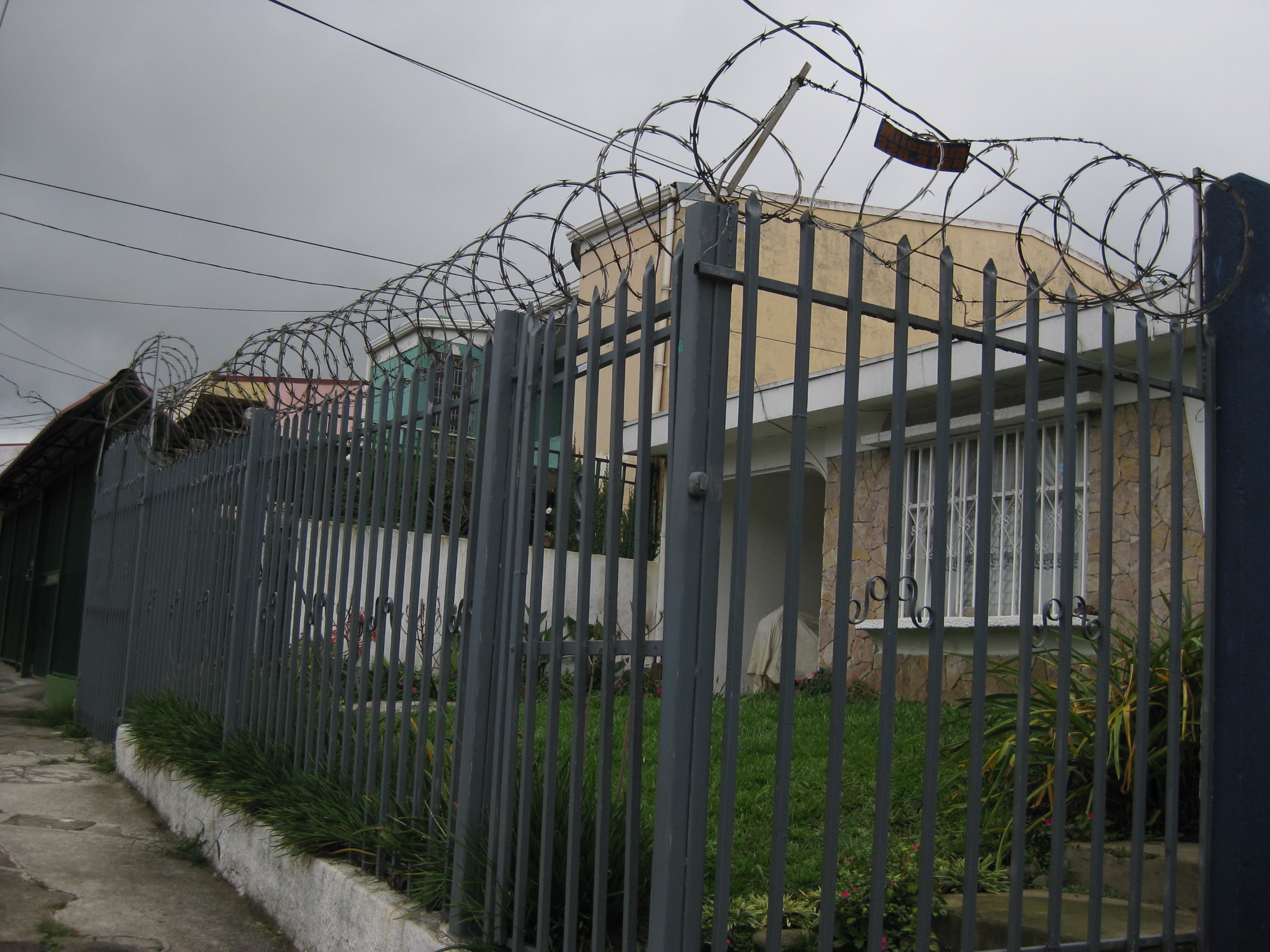 This will show those pesky thieves

Microfinance, and more specifically microcredit, has not been without its criticisms (something I might get into in another post). To me, the most important question of all is whether it’s actually helping to alleviate poverty. Microfinance certainly isn’t a panacea for poverty eradication: We should know by now that there’s no single magic solution that can solve that problem. But when you take a simple, practical idea—lending small amounts of money to people who really need it—and combine it with a global community of people who care, it’s pretty amazing what can be achieved. I’ve seen for myself now of what it can do for people, and that gives me reason to be hopeful. 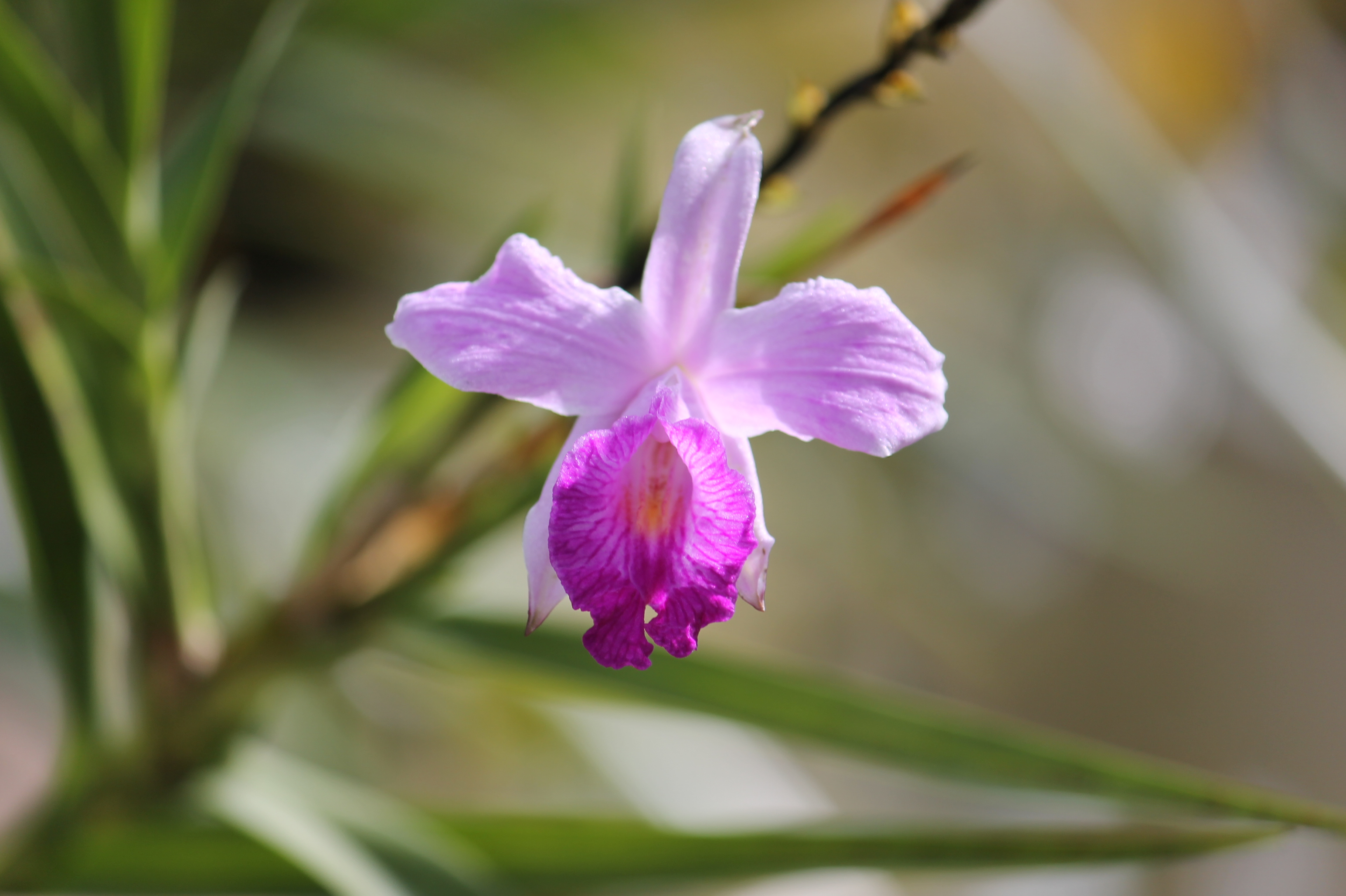 An orchid in the oasis 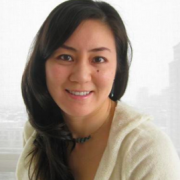