Microfinance and Fertility Rates: My Quest for a Correlation

0041.jpgw300Squished amid the forcibly vertical crowd of 45 some odd people in a Senegalese bus made for “15 maximum!”  (or so the sign read…), arms glued to my sides and modeling a facial expression of utter discomfort, I overheard a jarring statistic shared in conversation between my neighbors:  25% of Senegal’s population is living in .3% of the land in Dakar.

Try to find empty space — I dare you.

The mind visual these numbers provoked made me pause.

At first my heart sank a bit; “the chaos here in Dakar all makes a bit more sense…” I thought to myself.  My perplexity and distress swiftly morphed into feelings of fear when the busy bus came to a halt.  As I frantically managed to wiggle my way through the dozens of people who stood between me and bus’s doors, I began thinking concernedly about the reality of a population which isn’t growing smaller, and resources which aren’t becoming any more abundant.

Poverty wracks the city of Dakar, and the gap between the rich and the poor is as stark as ever.

Using as my lodestar an experiment Jeffrey Sachs shared in The End of Poverty, I began my own personal journey to explore – through an admittedly small sample size — if there may be any relationship between fertility rate/population growth, and microfinance.   Over a two week period in Dakar, I met with three groups of women (groups ranging in size from five to 11).

At one of many informal, outdoor discussion groups.

My conversation and the respective client responses were as follows:

Some of the kids.

“Two” – shouted the first anxious participant, followed by many nods of agreement (concur?)

“Four” — shared one woman, rather timidly.

Many others sat silent, reflecting upon my question, trying hard to recall though to no avail.

The general consensus was as follows:

The quizzical woman above received her first loan four months ago.  I perhaps probed her with too many questions, however enough to reveal some thought-provoking findings for me.

With her own loan, and consequently her own personal income, she demonstrated a limpid sense of newfound empowerment and independence.  At her age of 30 – 45 (I estimated), I imagine she is still in a period of child rearing potential.  Be that as it may, she now uses contraceptives and instead of more children wants to have fewer in hopes of giving each an opportunity at a prosperous, healthy life.

I can’t claim to conclude any findings through this informal, again small scale study, but my hope is that for you – as the findings have been for me – this can be food for thought.

Anna Forsberg (KF19) is a Kiva Fellow, working with UIMCEC in Dakar, Senegal. 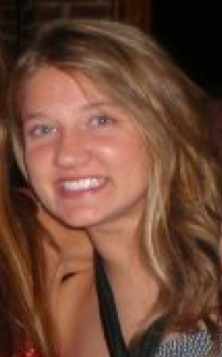 Born and raised in Minnesota, Anna earned her bachelor's degree in Business Economics from Miami University of Ohio. Immediately after college, Anna worked as a personal aide to a Pan-European ARTE broadcast journalist and Orchestre National des Pays de la Loire (ONPL) orchestra conductor. In this role, she coordinated logistics and traveled extensively from her base in Strasbourg, France throughout Europe and the United States. Most recently, Anna served as a senior associate at Capitol Partners, a political consultancy and lobbying firm in Washington, DC. Anna worked directly with clients on and off "the hill," in addition to managing the office and overseeing the firm's staff. Her client-centric work involved crafting government strategies for both non-profit and for-profit institutions, reaffirming her belief in the large impact that modest amounts of targeted funding can have. Anna is driven by the notion that while opportunity may not be universal, talent is. To this end, she is excited by the possibilities of microloans, and thrilled to continue her work with Kiva in her hometown of Minneaplis.