November 7th was the 1 year anniversary of the end of Ebola in Sierra Leone. Everyone in the streets stood still for 3 minutes at 11am to both remember and rejoice.

From the usual comfort of our living rooms we witnessed the terror through attention grabbing headlines — “Ebola could strike 1.4 Million,” “The ISIS of biological agents,” “Ebola crisis on the same scale as Aids Epidemic,” “WHO: Ebola outbreak could last forever.” The crisis devastated the populations of Guinea, Sierra Leone and Liberia from 2013- 2015, but it hasn’t lasted forever, the death toll fell far short of the 1.4 Million estimate and transmission rates were halted quickly unlike those of the AIDS epidemic. Over the past few months I have had the rare opportunity to hear the personal accounts of individuals who lost loved ones, businesses and their freedom. Everyone was scared, everyone was restricted, but the unexpected and remarkable aspect I have learned more about is the community of people who came together with very little information and fought this epidemic from the inside out. They gave everything they had to ensure their nation made it through. 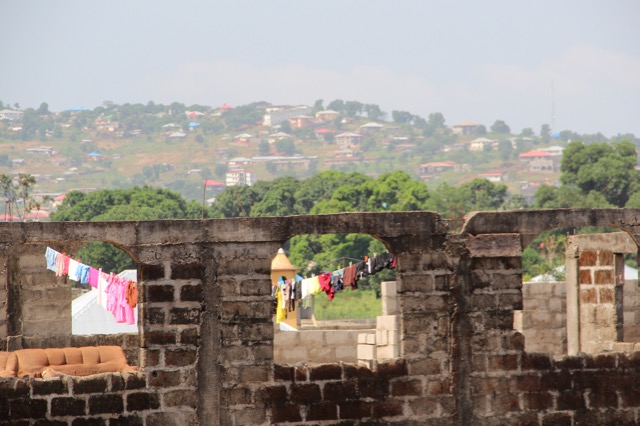 Ali yells from the driver’s seat of the motorbike we were on, “people just thought it was god, and that they would be protected.” I asked what, if anything would convince them otherwise? Would that type of thinking stop if their child or wife contracted the disease? “Not at first,” he said, “it took entire families dying for them to understand that you could not touch the sick or bury the dead regardless of your strong faith — you had to forget about your passion for them.”

Ali volunteered with an NGO for a year in the eastern district of Sierra Leone. He left his family to collect contact data, as they called it, for every admitted patient to the local hospital. He would ask questions like: "where do you live, who with, where is your business, who are your business partners, where have you travelled and when?" If the individual was later confirmed as an Ebola case, the police would obtain the contact information from Ali’s team and go out into the field to establish a quarantine.

“They would just spray everything. Even if a child complained about having a headache, someone would report it, they would come to your home and spray this chemical. It ruined everything in your home. Babies would get it in their mouth and fall ill. It was horrible stuff.”

This is Simeon, a resident of Makeni. He speaks quickly while gazing out of the nearest window. “It was the only time that it didn’t matter who you were. The police were harsh with everyone, no one had a choice to participate or not.” During the winter of 2014–2015 it was not uncommon for the police to quarantine entire streets and public areas, restricting business to certain days, then hours, then none at all. 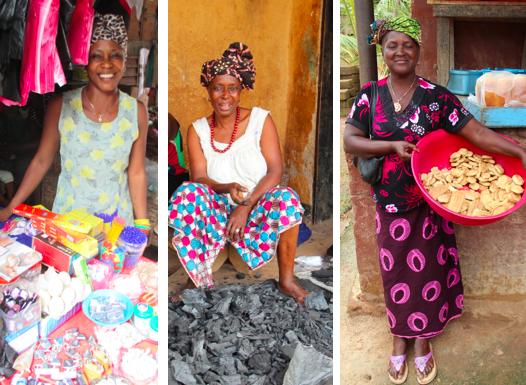 Traders were forbidden from selling for almost a year

“I went on with my business”

replied a Kiva borrower to a wide-eyed credit officer. The credit officer shook his head and explained to me that the police required everyone to stop selling, which included restaurants and food stalls. The woman we were speaking with just admitted that she kept cooking and feeding people out of the back of her small home by the highway. “She took a huge risk,” he tells me. “Someone had to do it, eh?” chimes in the business woman and mother of 5.

“I was quarantined for 28 days. I think I went a little crazy, well we all did”

says Alpha. “An NGO would just bring rice and water to your doorstep each day and they would speak to you from behind the yellow tape since there was no contact allowed, even in the house we were all living in.” Patrick chimes in, “this was the strangest thing- you had to stop touching people which is such a part of our culture. You couldn’t bless people at church, greet friends on the street, or welcome visitors in your own home. If you wanted to do business the money was exchanged using a bowl, so as to never touch hands with someone. You still see this in church, some people will not go back and kids have just been taught this way. It is very strange for Africans you know, not touching.” 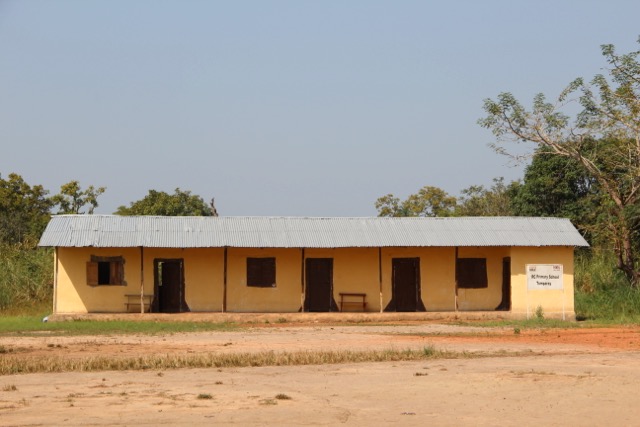 This is just one of the subtle changes, invisible to an outsider. For my eyes only see the tangible evidence of Ebola; the rusted educational billboards that line the highways, or T shirts that NGOs passed out to volunteers during the crisis being worn through the streets. But emotionally, this two year period marks another desperate time, dominated by confusion and fear. Yet again these resilient people endured and rose from the ashes. As a testament to their courage, sense of community and effective disaster response, Ebola was defeated in Sierra Leone. There is still so much work to do, but after overcoming a deadly epidemic, the possibilities for what the strength of this community can accomplish are boundless.

“So many people died, but it is over, god has protected us and we can’t think about it anymore. We have moved on because this is Africa, and that is what we do” 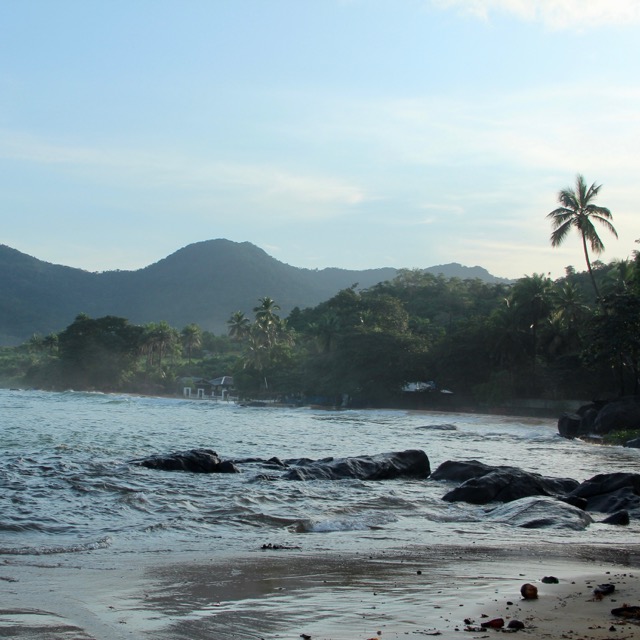 There is so much beauty here, but an increasing number of challenges to surmount 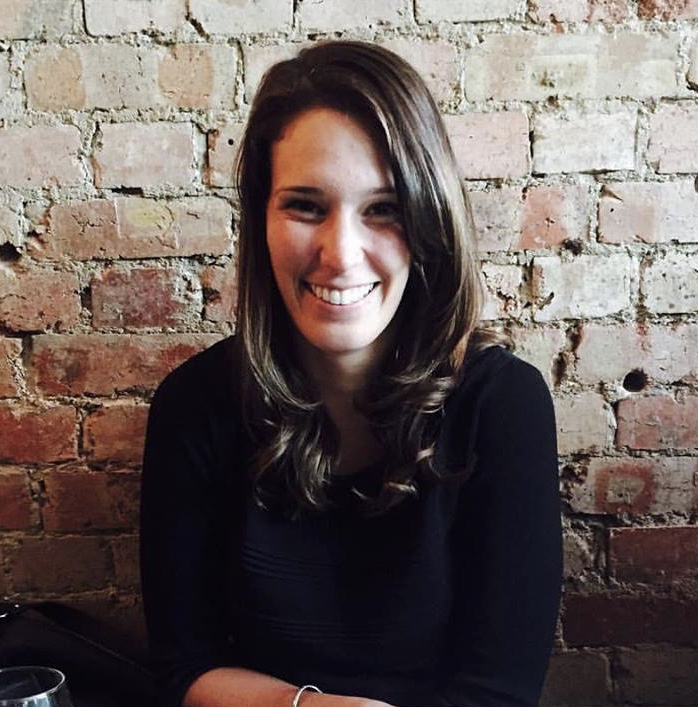 By the time Ceejay reached the age of 18, she had been to 23 countries and couldn't seem to stop travelling. While at the University of California, Berkeley, she focused her studies on water scarcity issues with an Environmental Economics and Policy lens and lived in countries such as Bolivia, India and Argentina in order to gain more insight into the variety of interventions and actions on the ground. These experiences aided the perspective she brought to the Women and Girl's Empowerment Group at the Clinton Global Initiative in New York City, where she assisted with the vetting of partnerships and establishment of measurable impact goals for hundreds of commitments. After finishing an internship for Kiva in 2013, Ceejay moved to Portland to work for an institutional asset manager and delve into the world of ESG (Environmental, Social and Governance) investing. Most recently, she relocated to the United Kingdom to oversee the European client operations and servicing efforts from a satellite office in London. She has finally returned to California with a massive tea addiction and the anticipation of her next global adventure.