A Weekend Getaway From Managua

Note: At the time of this blog posting, the Nicaraguan currency, the Cordoba, is about 21 to 1 US Dollar.

It had been a long week and I had looked forward to getting away for the weekend. The plan was to grab a book and spend a relaxing couple of days in “La Boquita,” a beach about 20 km from Diriamba, the small town where my grandmother’s from. My plan was to relax and not think about work. Soon I would learn, however, that when your work involves development and you are living in a developing country, getting away from work can be somewhat difficult.

I had always heard beautiful stories about La Boquita. My Grandmother’s family once owned a nice home/hotel there and I had heard stories about how, as a child, my father and the rest of his family would go there on the weekends. Back then, it was known as “Los Cocos.” In the early 80’s, however, the government came in and seized the land as part of a broad land reform effort.

Some considered it theft, but others would question how a family could own its place on a beach at a time when the majority of the population couldn’t even read.

I arrived at La Boquita around 4pm and was surprised to find a toll gate blocking the entrance; it cost C$10 to enter. Just beyond the toll gate was an old parking lot and a few poorly kept buildings. There was also a small park for kids, but there were no kids. There were people sitting around, some young men playing soccer in the parking lot, a few of them barefoot, and as I approached some ran towards me, offering to help me find a room for the night, or to find food, or to watch over my motorcycle.

Ultimately, I found a place for the night for C$200; it was a rundown, two-story, wooden hostel, directly on the beach. As I pulled into its gated parking area, the owner, an old, heavily warn man, warned me that it would be safest to park the bike inside the building.

While unloading my things I asked the owner if he had heard of a hotel called “Los Cocos” and he told me that he had. It was right next door. He told me the government used to run it and that it used to be a nice place but that some French company came in, bought, and ran it into the ground. Today, it’s fenced up and completely abandoned. I asked him about the family that had built it and used to own it before the government came in but he didn’t remember anything about them.

The concrete pillars and slabs that once made up the structure of Los Cocos now stood only as an old monument to the building’s memory. I pictured my dad running out its lobby and into the beach.

La Boquita is a nice beach. It has decent waves, nice sand, and small restaurants line its perimeter. I swam for a few hours and conjured up dreams of reviving Los Cocos. As I played in the surf I dreamed of ways to develop the beach, about bringing it to the beautiful state it deserves and all the while making sure the people benefit and that capital generated stays local.

After a swim in the ocean I walk back up to the hostel to find the owner chopping wood with an ax and interrupt him to ask where I can shower off. He puts the ax down and tells me there is no running water but that he will get me something to wash off with. He limps away, and I could clearly see that it hurts him to walk. 5 minutes later his wife shows up with a bucket of water and walks me over to a small stall that I can use to wash off in privacy.

I ate dinner at one of the nearby restaurants. The waiter was one of the same guys that was standing around outside, and had offered to help me when I first arrived. He offered to show me their fresh caught fish and although I accepted, he came back empty handed, and tried to talk me out of the need to see the fish. Admittedly, this made me very uneasy but it was late and I figured it would be fried and smothered in a heavy garlic sauce anyway. I went ahead and ordered what had to be the worst fried fish I’d had in a long time.

Later, back in my room, I collapsed into bed with a solid thud; what I thought was a mattress was actually a thin pad laid over a wooden board. Also, there were no covers and the pillows didn’t have any cases. A short while after making it into my room there was a knock on the door. I ignored it but it knocked again. On the other side a voice said he wanted to talk to me. I told him I was sleeping and that I wasn’t coming out.

That night I struggled to fall asleep when suddenly, a bat flew across the room, bounced off the walls and landed on my leg. After 15 minutes of shooing it around the room I was finally able to escort it out the balcony door.

Then, after tossing and turning for a few hours there was another knock. Only this time it was the owner’s wife. She said that the family in the room next to mine had been robbed overnight and that they would like to inspect my room. It was now 5:00 in the morning.

I climbed back into bed after the young family had finished inspecting my room. The father was younger than I and he and his wife had come to stay at this place for a night with their two young daughters. The wife was on the verge of tears as she told me that the thieves had stolen the girls’ bags with their clothes in them. Clearly, the family didn’t have much as it was, or else I doubt they would have been staying in this place.

I got my things ready and hit the beach early. This time, however, there were no more dreams of reviving Los Cocos. It had only been one night, and I was tired and disheartened. I just wanted to jump in the cool ocean waters and relax, the way I had originally intended, and then get out of La Boquita and head straight home to Managua.

I may not have been thinking about Kiva this weekend, but the entire experience had kept development work at the forefront of my mind. During my travels I have seen how communities are multi-faceted and how they have different needs. During my getaway in La Boquita, I couldn’t help but find myself confronted with needs that included employment, community programs, water and sanitation services, environmental and animal protection, safety, lodging, restaurants. My stay also reminded me that development work is a long term commitment and requires sustainability. After all, even people with the best intentions get tired. 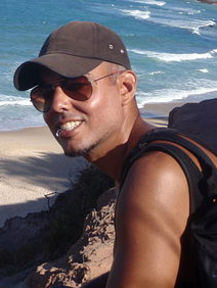