An Ultramarathon in Kenya: Why Not?

One of the great things about Nairobi is the plethora of running groups available. In Monrovia, I was an avid member of the Monrovia House Hash Harriers, but there were few opportunities for more serious running. In Nairobi, there is at least one running group meeting daily. One of my favorites is the Urban Swaras, which meets at 7 am on Saturday mornings, with 5-20 km runs followed by breakfast. 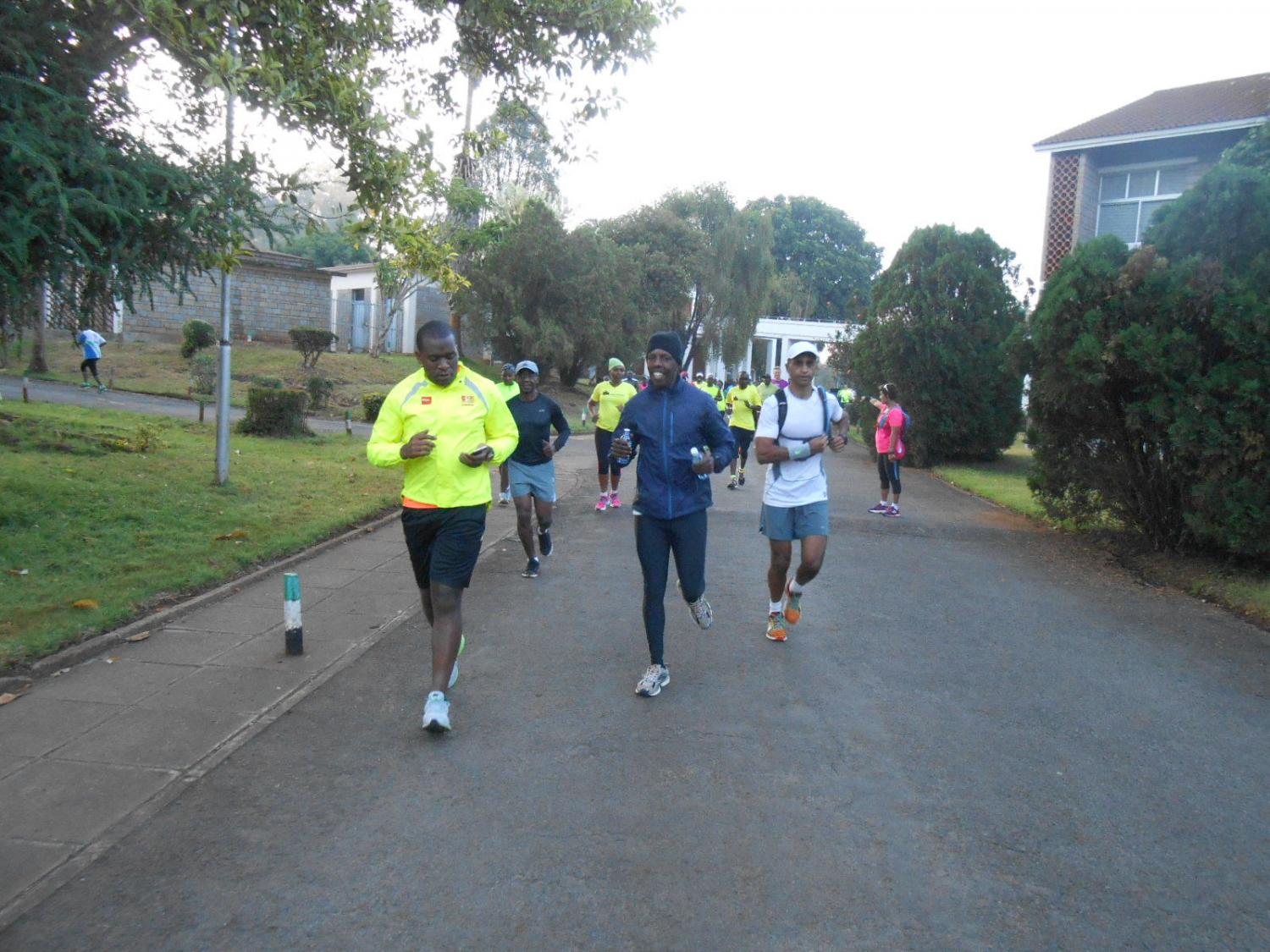 Urban Swaras is a pretty cool group. Like the hash, the group meets at pre-determined trails and follows arrows indicating where to go. However, there are not any of the rituals of hash (false trails, etc.). Instead, members enjoy a nice weekend jog together. Members of the Urban Swaras certainly take their running more seriously than in any of the other running groups I've been a part of in Africa. Several members regularly run marathons, and one member can run a 29 minute 10k and a 44 minute 15k. The group even holds first aid sessions so members can look after each other's safety and provides information on where to donate blood in Nairobi. 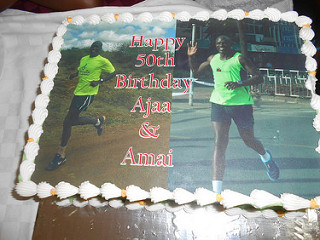 A couple of weeks ago, Olubayi Ajaa, the chairman of the group, celebrated his fiftieth birthday, and what better way to celebrate a fiftieth birthday than to run 50 kilometers (for the Americans among you, it’s ~31 miles). The chairman and his family were incredibly nice by providing water and fruit (carried by a man on motorbike throughout the trails). He and his twin brother, who was running 25 km to celebrate the occasion, were even providing breakfast, lunch, and drinks after the run. 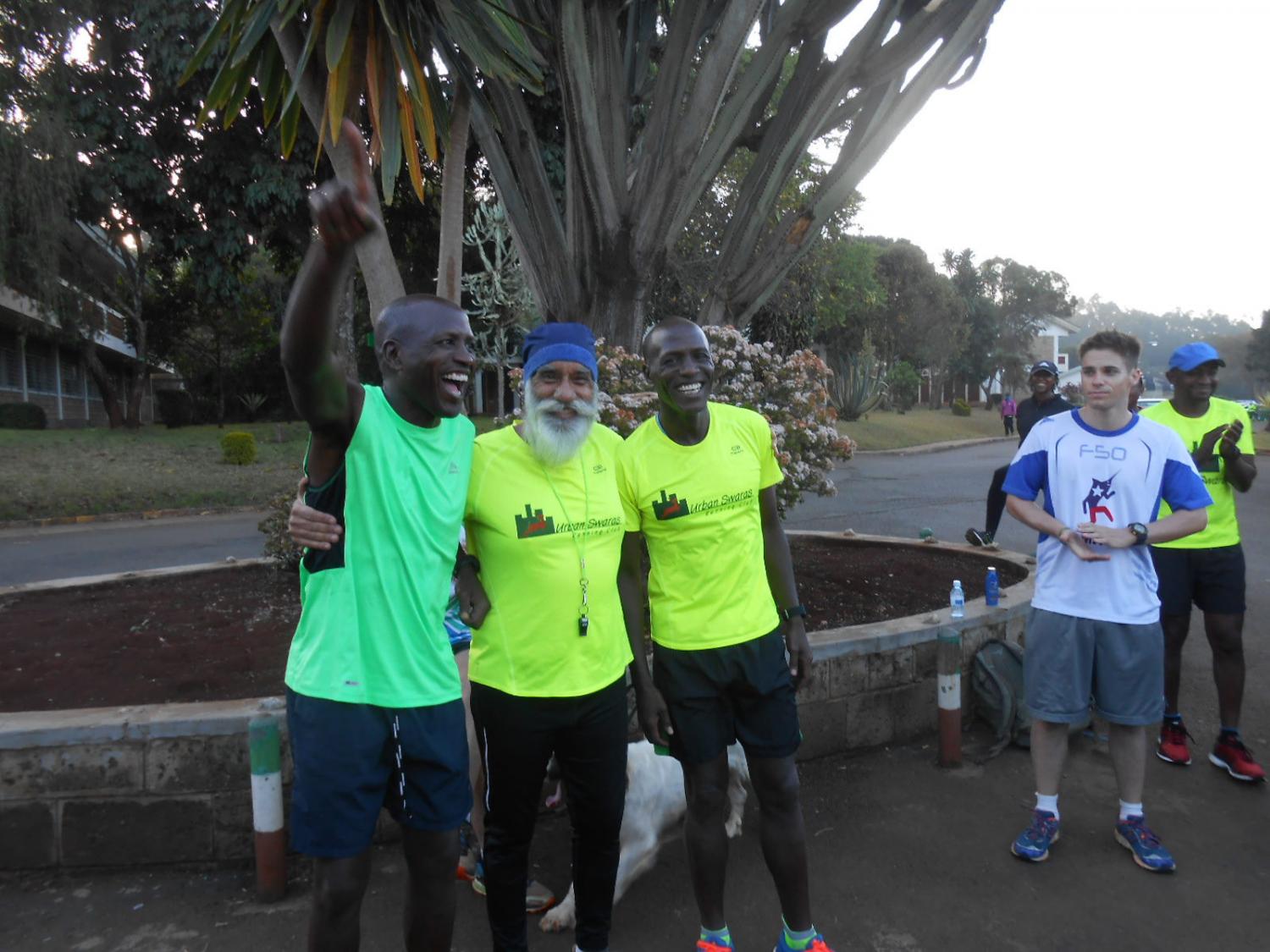 I had not run an ultramarathon since the end of last July, and I like to think of myself as running marathons or beyond every three months, so here was a chance for me to fix this cognitive dissonance. I had not trained in the slightest (literally, I ran under 15 miles per week), but I joined anyway. We were running beginning at the Kenya Forestry Research Institute (KEFRI), in a beautiful area filled with hills, forests, and farms. 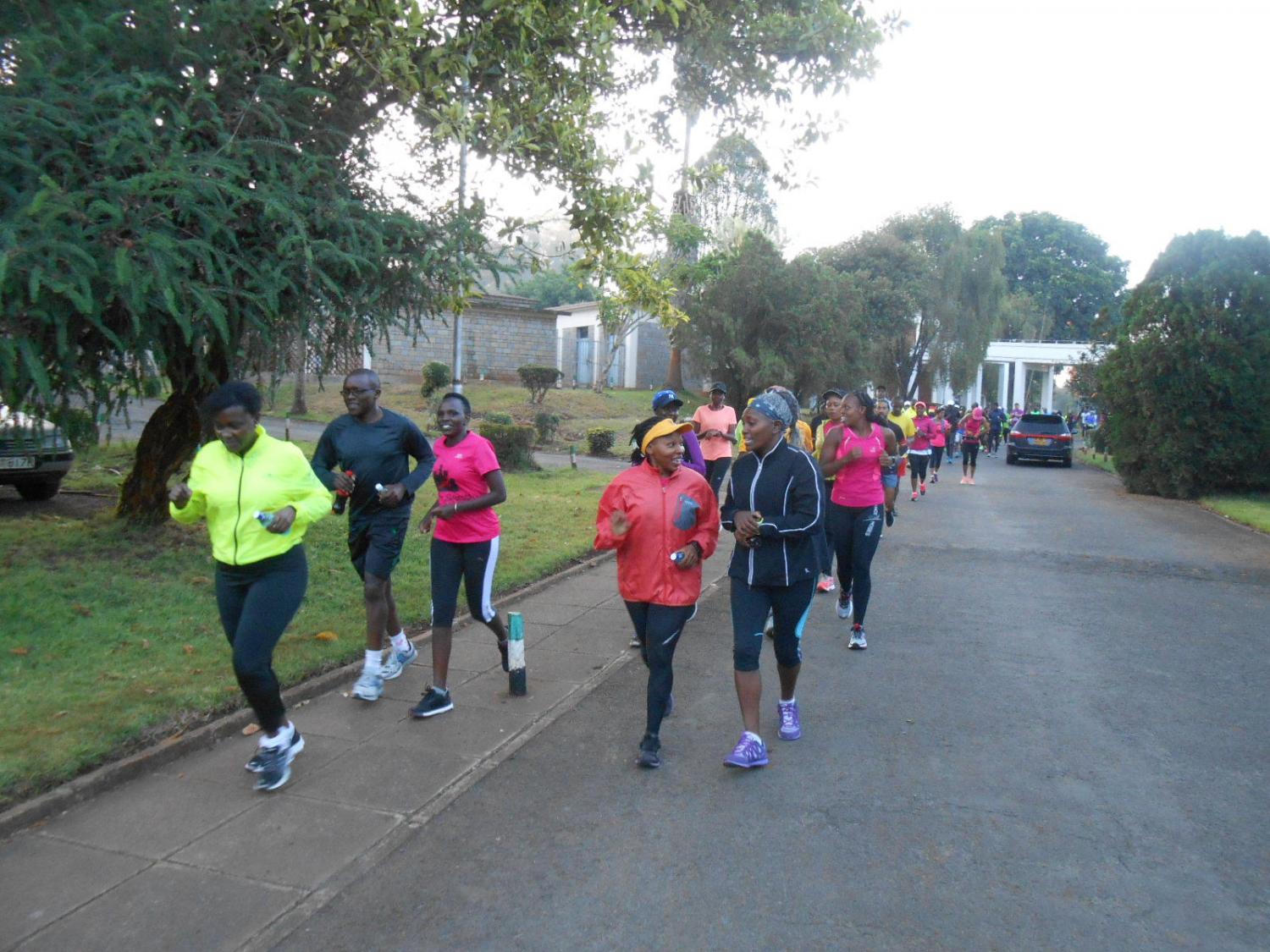 The thing to remember about ultramarathons is that they are essentially eating and drinking contests with a little scenery and exercise thrown in. Runners usually burn ~1000 calories per hour. Ultramarathons usually involve a slow pace (heart rate of 120-140 or even lower) and walking up hills, so a participant only burns ~600 calories per hour. Nonetheless, this is a hard amount of energy to replenish on the go. I know that I will get exhausted quickly if I do not eat, but I can only hold down ~200-300 calories per hour, so I bring Nature Valley or Clif bars with me to eat once an hour. 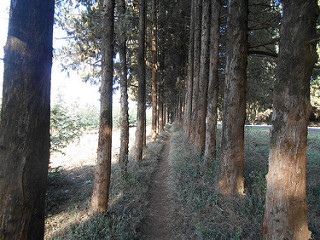 Beautiful trees line much of the trail

In this case, I brought Nature Valley bars by default, since that’s all I could find in Nairobi. I also brought my camelback, and, even more important than water depending on the elements faced, shelter (in this case, a hat and lots of sunscreen, especially necessary given my malaria prophylaxis regimen).

I like to run in a void: no music, little thought, little perceived effort. It allows me to experience what Lester Bangs described when listening to Van Morrison’s Astral Weeks as an “Eastern mystic or psychedelic vision of the Emerald beyond.” I started out too fast by trying to keep up with 15-25 km runners (there were options of 10, 15, 20, 25, 30, 40, and 50k), but slowed down after a few kilometers. 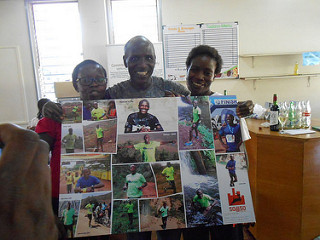 During my last two ultras, I had engaged in the cathartic experience of yelling intermittently in the last few miles. It’s stupid when you think about it rationally, but, when you’re tired with toe nails falling out, it seems somewhat reasonable. I couldn’t do that here. We were running through local trails and farms, and I didn’t want to disturb anyone. And I was running past local people, doing backbreaking labor from ages 10 to 80. Who was I to complain about a light jog? The people who have it the hardest in life rarely complain or ask for anything. 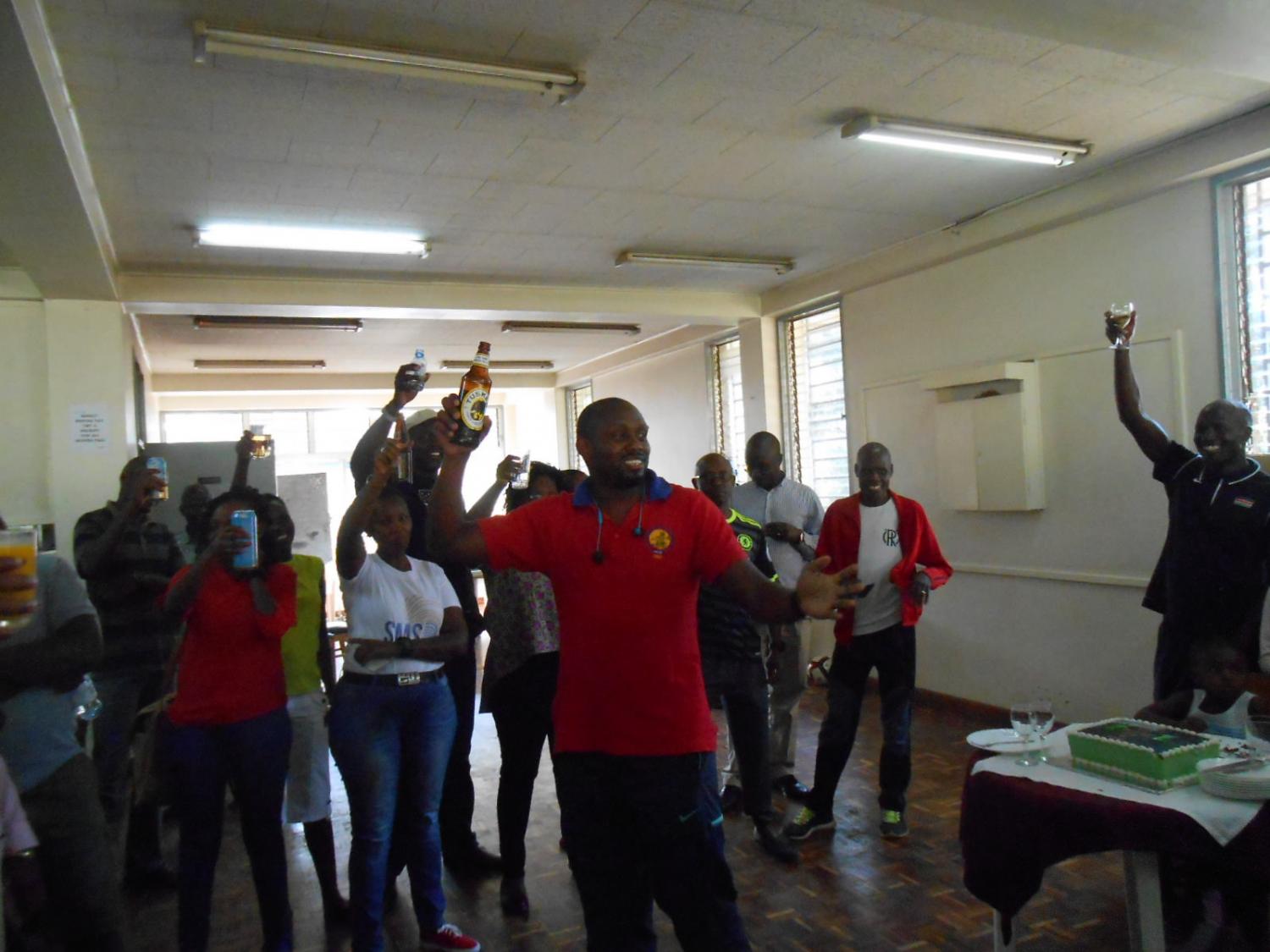 Members of other Nairobi running groups join the birthday festivities

About 40 minutes later, the food motorcycle came up to me and asked what I was doing. I explained that I was following the arrows. He then explained to me that I had restarted the course. I had actually run ~55 kilometers. I had not noticed that I was running through the same trails I had hours earlier.  There was certainly some déjà vu, but I had been experiencing that virtually all day, given that the landscape did not change all that much: hills, trees, farms, hills, trees, you get the picture. 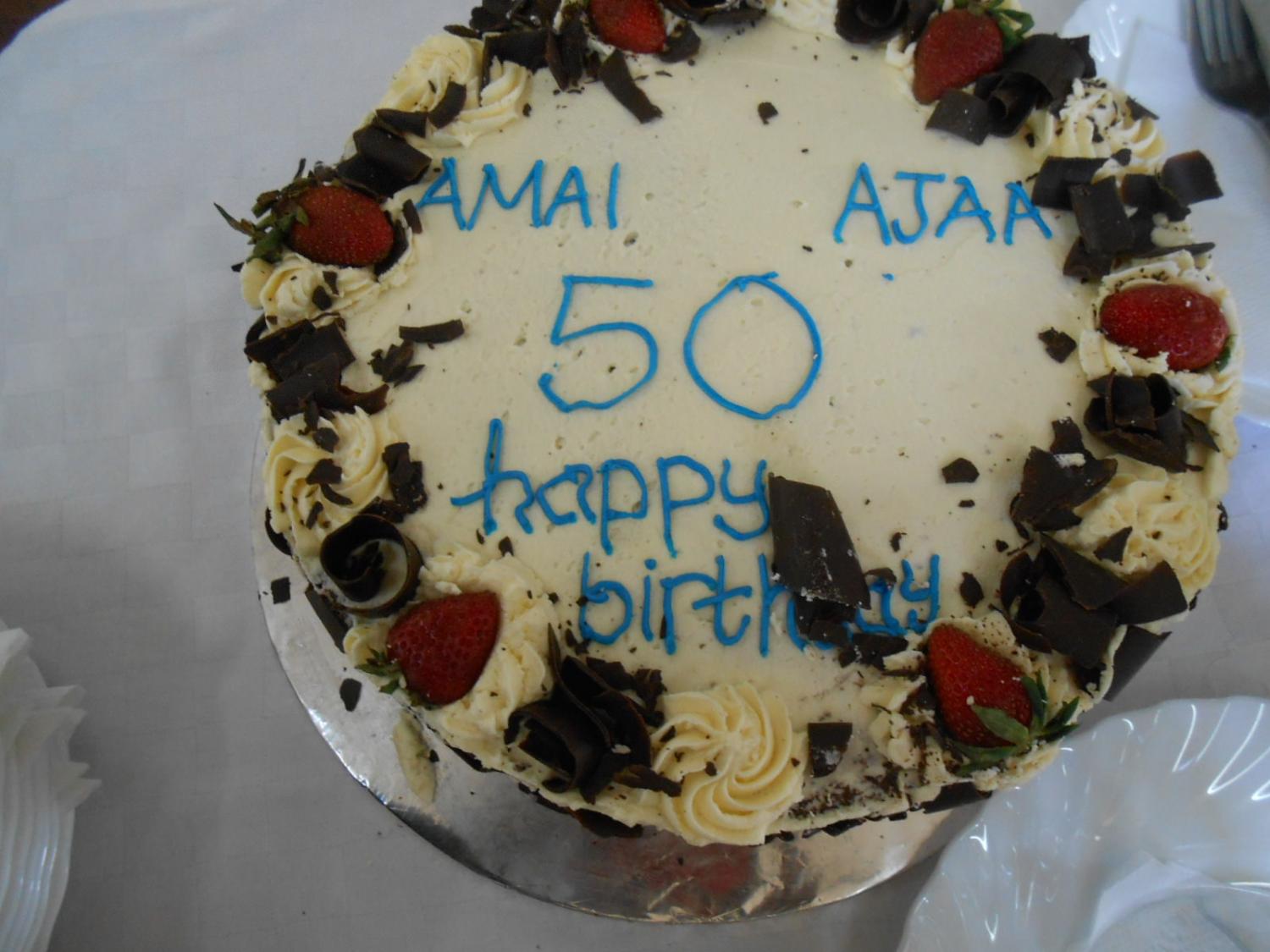 So, I ran more than anyone else that day, but I had to finish on a motorbike. I made it just in time for the eating of the birthday cake, ate a late lunch (it was past 3 pm), and enjoyed a cold Kenyan beer (White Cap, not Tusker).  After a brief shower at home and a Vitamin C tablet (ultramarathons suppress your immune system for a few days after), I was off to a friend’s birthday party and later home by 3 am. It was a long day. Luckily, there's espresso!

All photos are courtesy of Rosemary WM of the Urban Swaras. 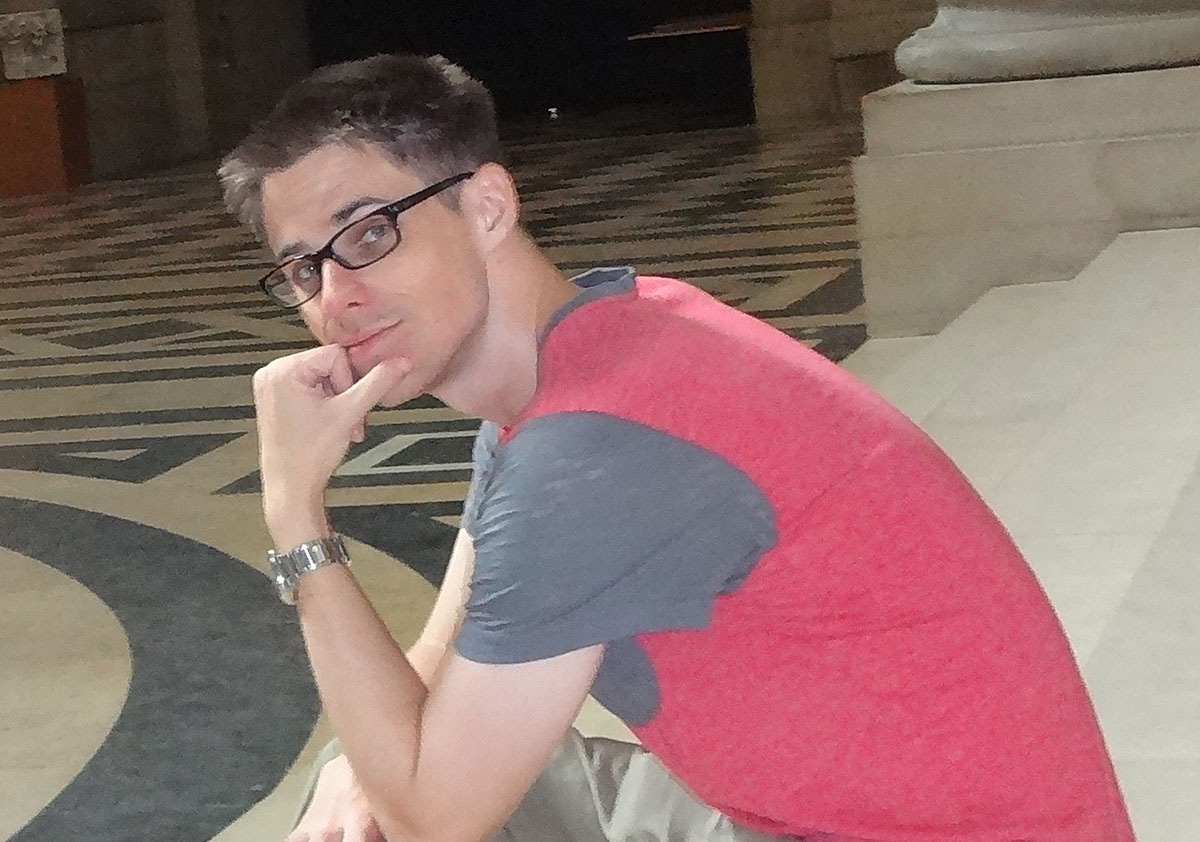 Will’s first long-term travel experience was during a service trip to a village near Marrakesh, Morocco, where he saw the progress the village had made in rebuilding its elementary school. Will has had many divergent experiences since, as the Commodore of the Washington University Sailing Club, a clinical researcher at Barnes-Jewish hospital, a college counselor and test preparation instructor at an education startup in Bangkok, and a volunteer on an organic permaculture farm. These experiences showed Will common challenges facing small businesses and organizations as well as the importance of understanding cultural circumstances and open communication in any new venture. Will first participated in KIVA as a lender, but now brings his background in health care, education, and economics to the KIVA Fellowship, where he hopes to continue following his interest in international development and social entrepreneurship. An avid adventurer, Will enjoys traveling to new countries, running really long distance races, and seeing his favorite bands play live.