Bagururu or bust: My day in a Dagomba village

There are not many things I will get up at 4:30 a.m. for, but as it turns out, the chance to attend a Dagomba Outdooring ceremony is one of them.

I had been invited by my housemate, a former Peace Corps volunteer who has lived in Ghana for seven years. A week earlier a new baby had been born to her host family, so when she invited me to spend a day in the village, I jumped at the chance. Since arriving in Ghana two weeks earlier to begin my Kiva fellowship I hadn’t seen much beyond the city of Tamale, and I was eager to explore different parts of the region.

For the Dagomba, a tribe in Northern Ghana, most babies are born at home and are kept indoors for their first week of life. At the end of the week, the child “outdoors” — she is finally given a name and the community is introduced to its newest member.

Outdooring (called “Sunna” in Dagbani) begins early in the morning (hence the 4:30 wake up call). At the end of the 60 km drive, the last 20 of which were on a dirt road, we arrived at the village of Bagururu a little past seven. Unfortunately we had just missed the ceremonial shouting out of the baby’s new name, but the celebration was just getting started. I was immediately ushered into the mother’s room, took a seat on a mat on the ground, and within a few minutes found myself holding the little guest of honor. 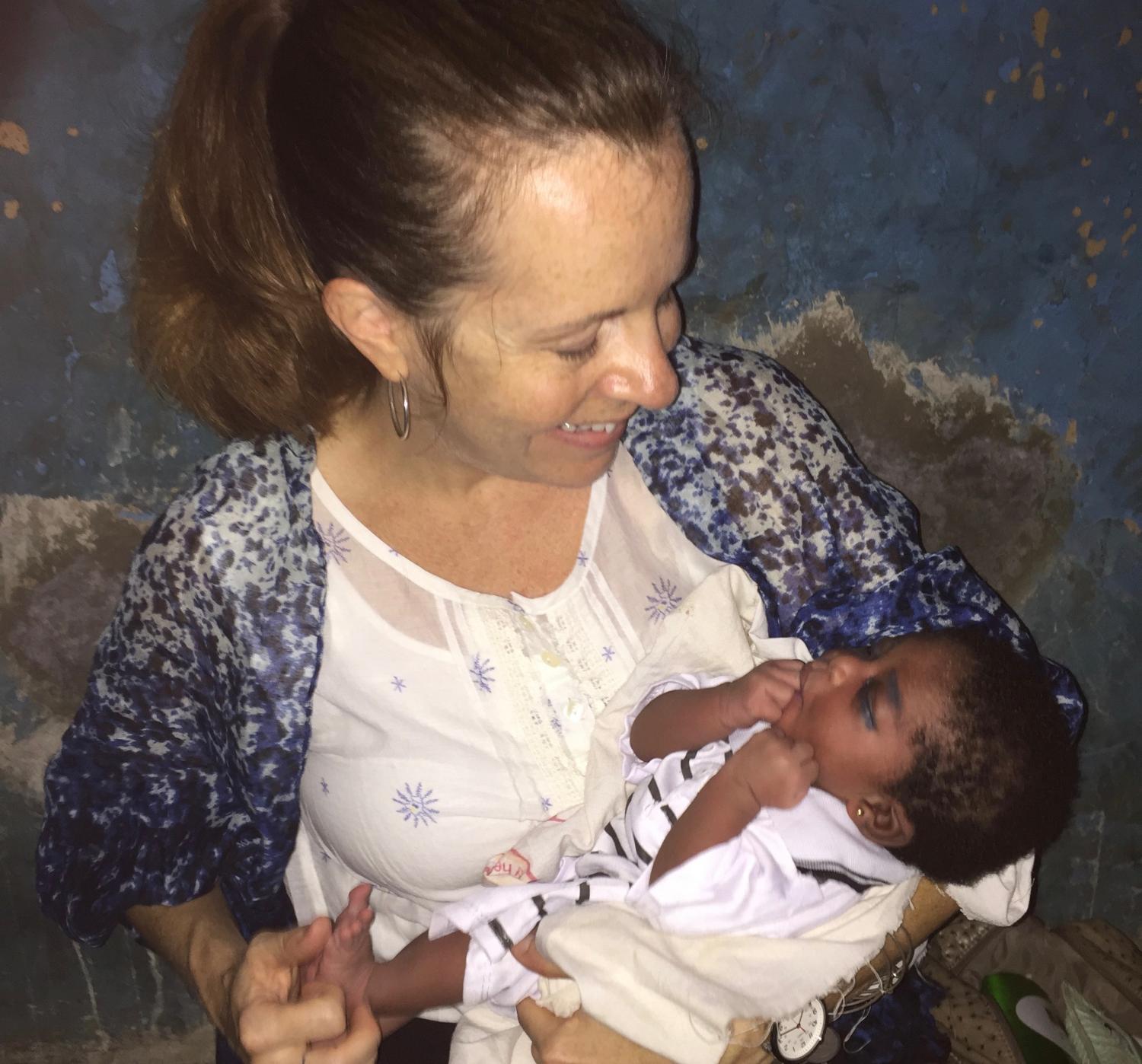 The Dagboma believe that if someone is able to get a hold of some part of the baby (such as the hair), they could put a curse on her, so during Outdooring, all of the baby's hair is shaved and given to the parents to bury. This little one was less than pleased with her first haircut, but she took it in stride. 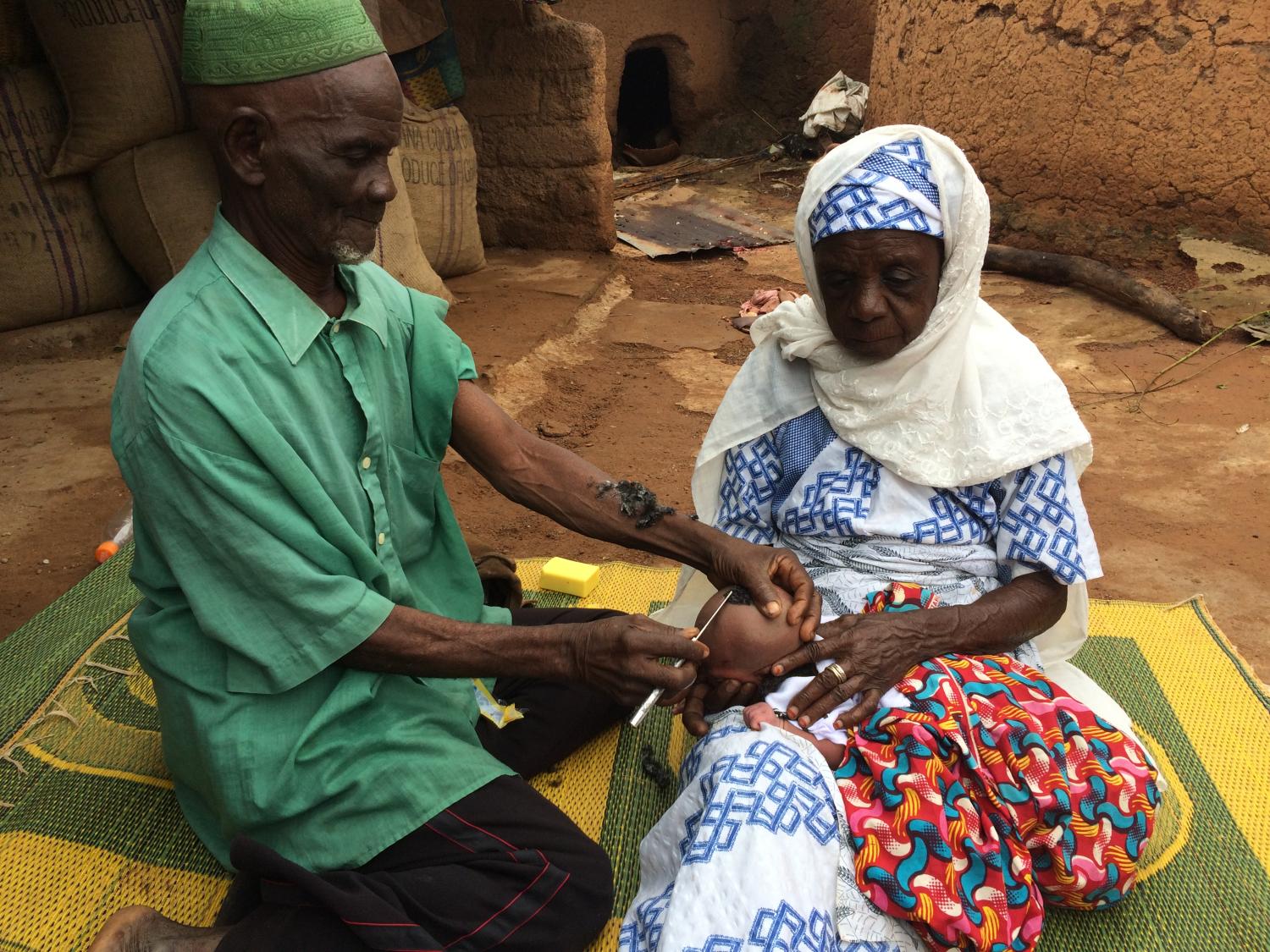 Other than my housemate, only a couple of other people I met that day spoke English. I had learned a few words of Dagbani on the drive, but the only three I’d only managed to master were dasiba (“good morning”), antire (“good afternoon”), and naa (the response for both, as well as many other greetings). I had been warned that the villagers would try to trip me up by asking me a series of standard greetings that all require the “naa” reply, then throwing in one that requires a different response. Sure enough several of them tested me; I was pretty much on “Naa” auto-pilot, but managed to give the correct response a few times. But whether right or wrong, it always managed to evoke laughter from everyone, including me. 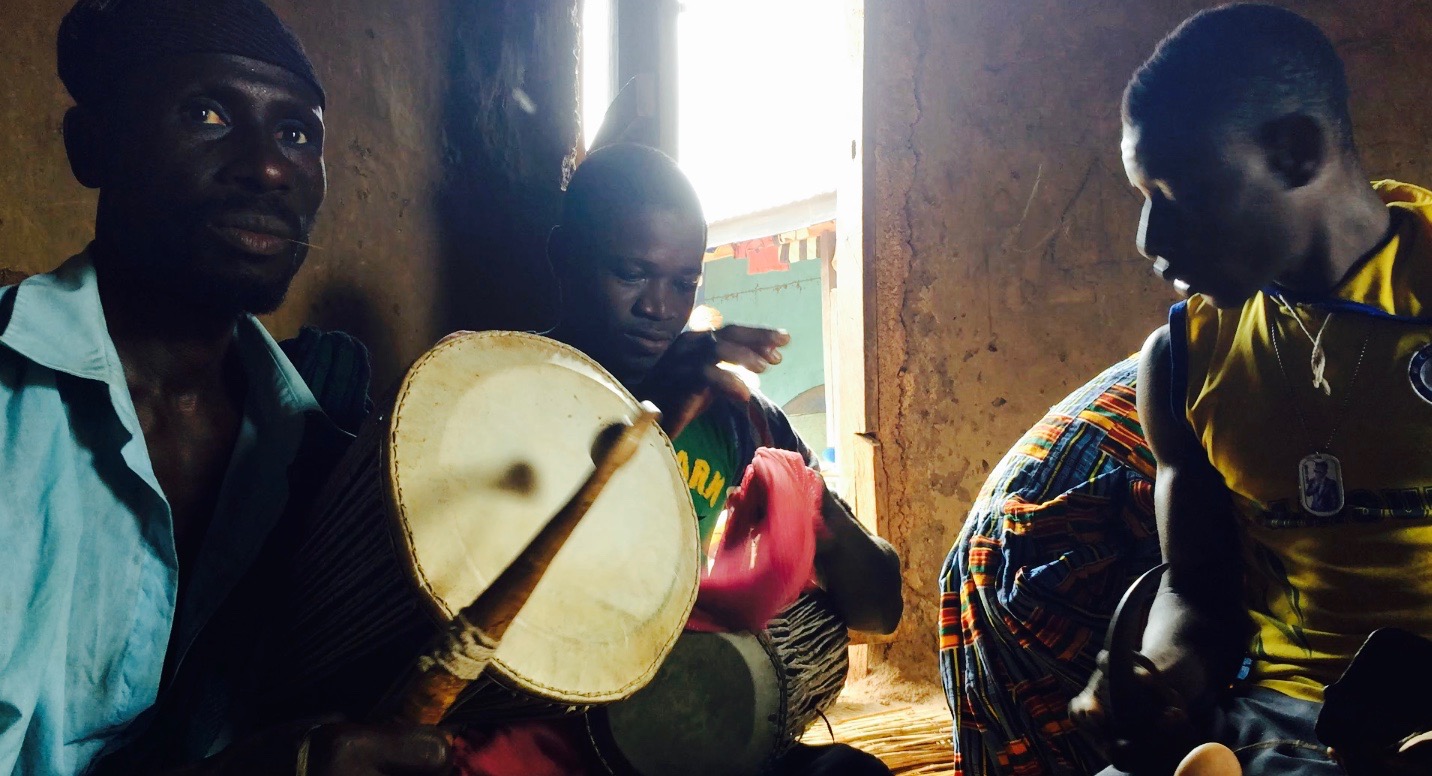 Music is not normally part of Outdooring, but because there was a special visitor (i.e., me), an exception was made. Two men played a lunga, a type of drum with strings running the length that can be used to change the pitch (a sort of drum/guitar hybrid if you will). A dawuli, a cowbell-type instrument being struck with a goat horn, rounded out the musical trio. The rhythm was tough to follow, but the sound was completely enthralling. I nodded my head up and down appreciatively and even tried to dance, but was decidedly out-boogied by the little ones. But I guess I got an “A” for effort — one little girl later told me “Your trying was good.” High praise indeed! 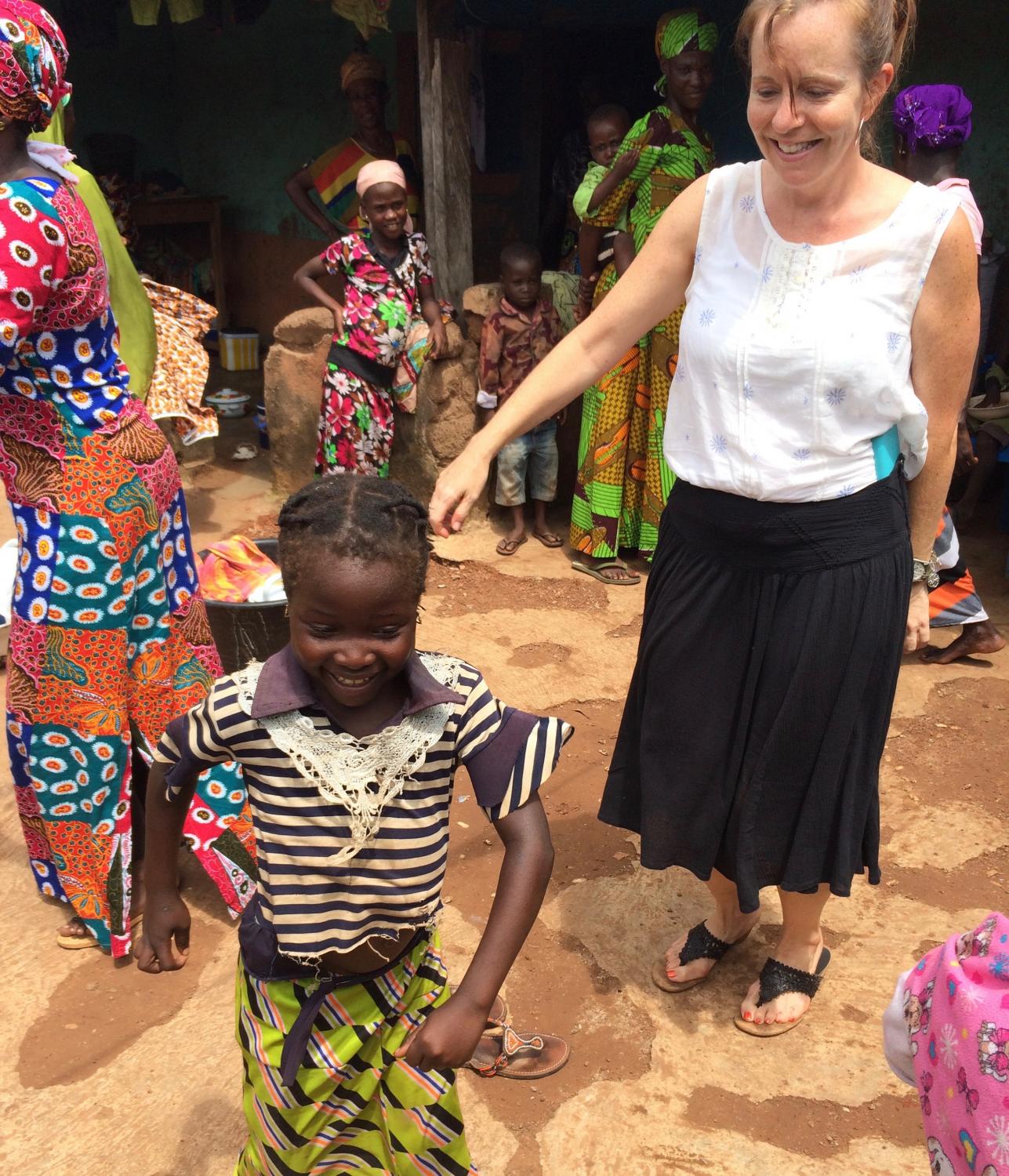 But the highlight of the day had to be receiving a Dagbani name from one of the village elders: Wumpini, which means “God’s gift”. He suggested that I pay for a sheep to be slaughtered so we could all celebrate my new name. I laughed nervously and (hoping I wasn’t committing a major breach of Dagomba etiquette) told him that while I was grateful for the name, I was also a vegetarian, to which he replied “Maybe you don’t eat meat, but we do!” He then laughed, assuring me it was all in good fun, which was lucky for me (and the sheep!). I guess we both get to see another day in Bagururu. 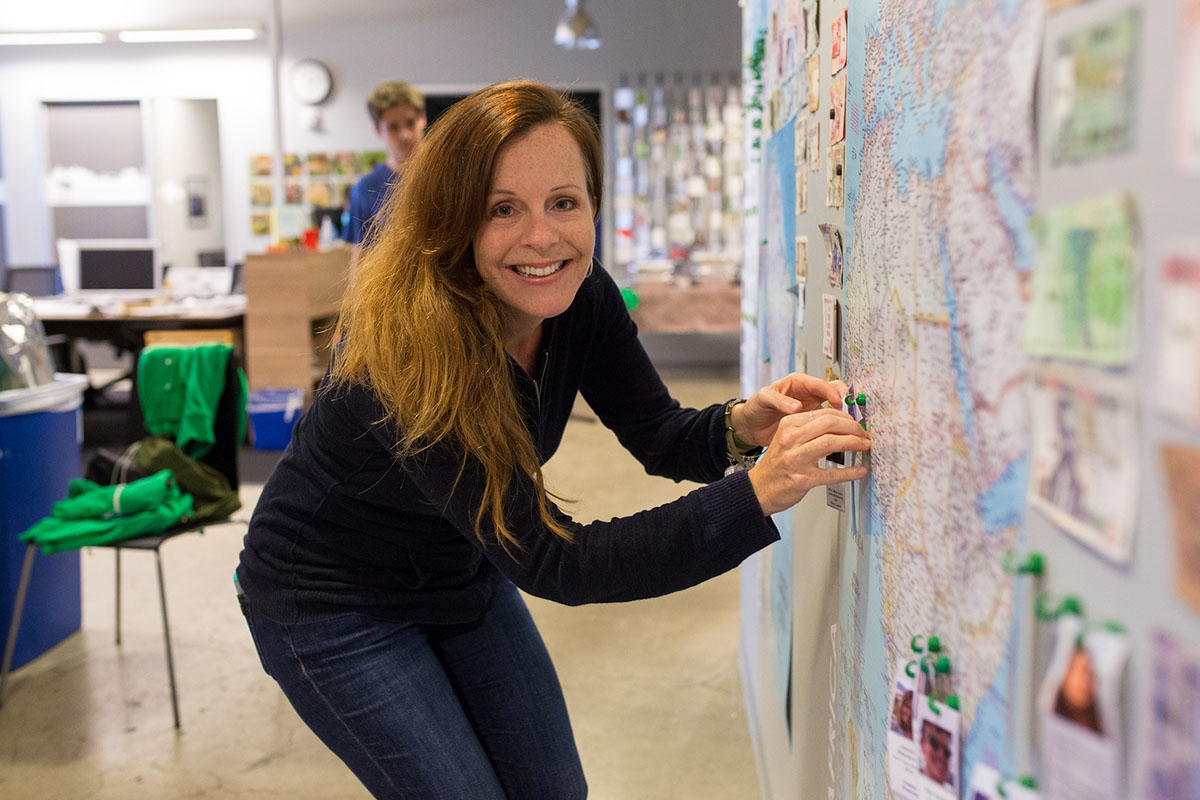