Burundi disaster recovery: Lending to people who have lost everything

Early in the morning on Sunday, January 27, the main market in Bujumbura, the capital of Burundi, caught fire -- bringing the city and the country's economy to a standstill. The blaze grew into a massive inferno, consuming the entire city.

By the time the fire subsided in the evening, the vast covered market and economic heart of Burundi was reduced to rubble. An estimated 10 people died attempting to retrieve merchandise from the stalls, and thousands of vendors and merchants lost everything they owned: property, goods, and livelihoods that had taken years to build in a fragile economy.

The Burundi Fire Brigade did not stand a chance against the unforgiving flames, reportedly more than 20 meters high.

Over 135 Kiva borrowers who work with our Field Partner Turame Community Finance and run businesses located in the market have most likely lost everything. Insurance is not very common in Burundi. And in a country that suffers from a history of violence and brutality similar to Rwanda, most people have all their assets invested in their businesses. 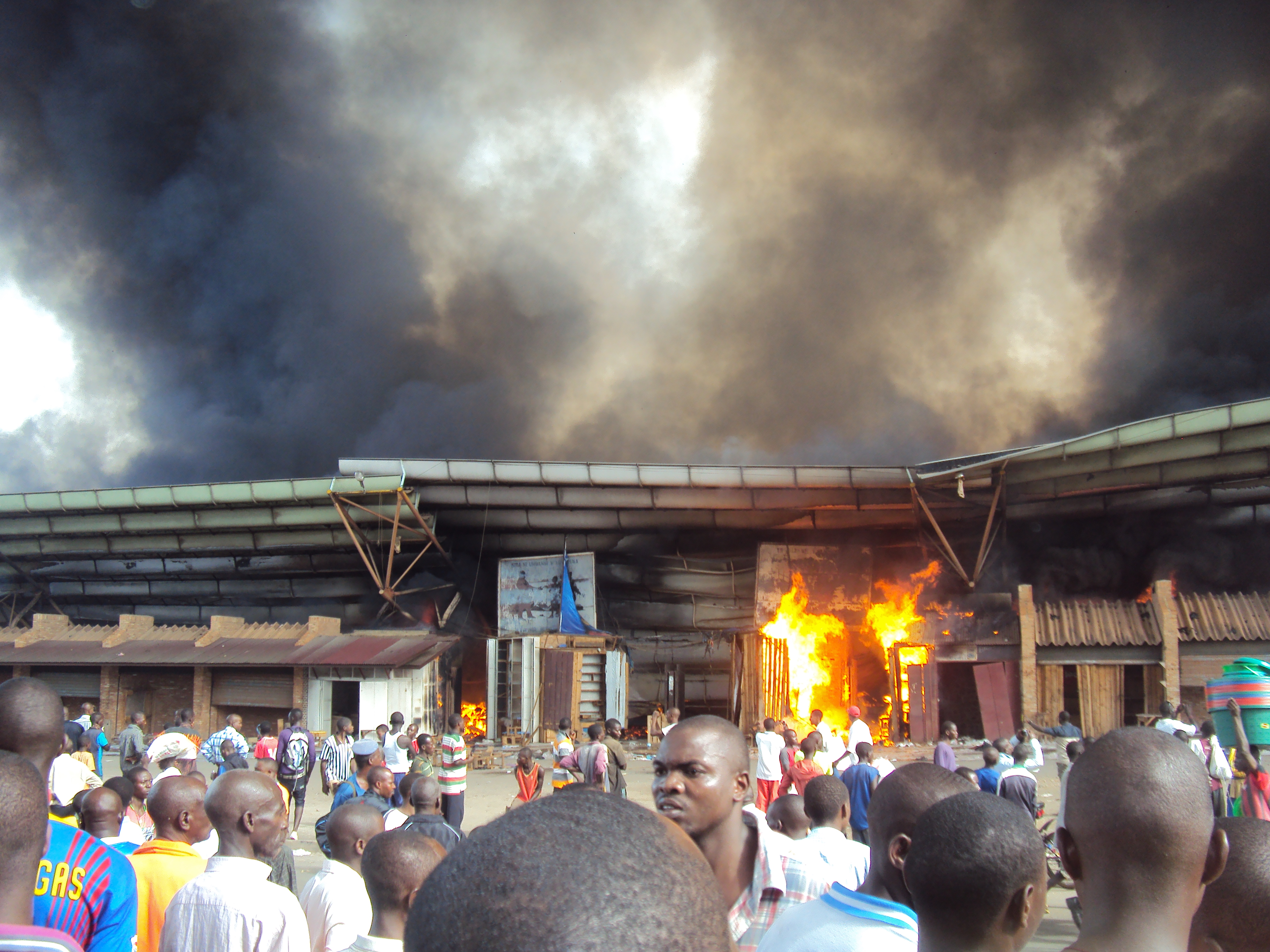 As soon as they could, Turame’s loan officers gathered desperate borrowers together to understand the severity of the situation and the impact on their livelihoods:

One such Kiva borrower, Abdoul, 35-years-old and married with four adopted children, lost everything in the fire. He had two stands selling clothes and kept most of his cash hidden behind the stalls because it was the only place he thought was safe.

As the smoke clears, the long road to recovery so slowly begins…

No doubt, the fire will have a substantial impact on the national economy. For a country with inflation already at 9.7%, residents in Bujumbura will most likely see a significant rise in food prices over the coming days.

The government has proposed to create a “temporary” market in another town but nothing is clear yet and there is no or very little information available.

Vendors have not had a chance to enter the market yet. They are pushing to have access to what might be left of their stalls and goods. But as Burundi officials investigate the cause and determine the damage, journalists are reporting on Twitter that policemen are removing any spare assets from the market.

To do its part, Turame will assist vendors to re-finance their businesses and re-establish their livelihoods.

The staff at Turame says they are committed to do everything in their power to help borrowers recover and restart their businesses. They will meet with all borrowers to understand their situation and make sure they get access to new credit as soon as possible to rebuild their lives.

What can you as a Kiva lender do to help?

As a Kiva lender you can help people get back on their feet and start rebuilding their lives.

Turame is implementing a disaster recovery programme in three steps:

2) Grant new loans to the 135 clients to recapitalize their businesses with disbursement starting on February 7.

3) Give loans to new clients who were market vendors and are in a desperate need of financing to rebuild their lives after the disaster.

Kiva will work closely with Turame to post new individual loans on Kiva. You can find these loans here!

What will happen to Abdoul and his family? 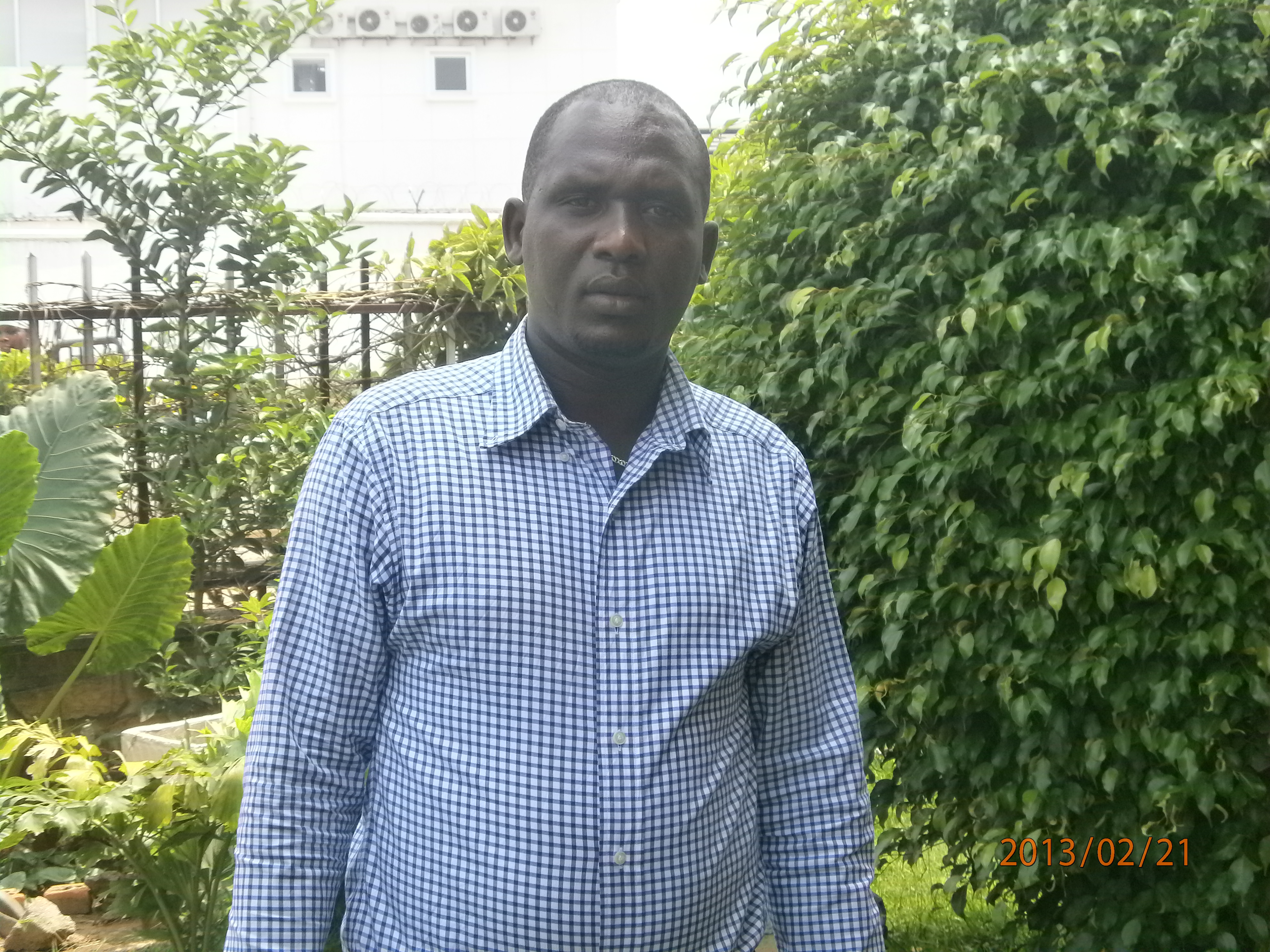 Abdoul could not be found for a few days after the fire, but after returning to Bujumbura and meeting with Turame, he says he is confident about the future.

"God does not abandon his people, through Turame, we will recover and gradually find a better life. I am very grateful of Turame’s decision not to abandon us to our own fate; Turame comes as our savior. I have no doubt that tomorrow the sun will shine again for us."

Help other people in the same situation to write a new life story of hope. Lend to someone affected by the Bujumbura fire here!

This post was written by Kiva Fellow Louise Ronnerdahl.