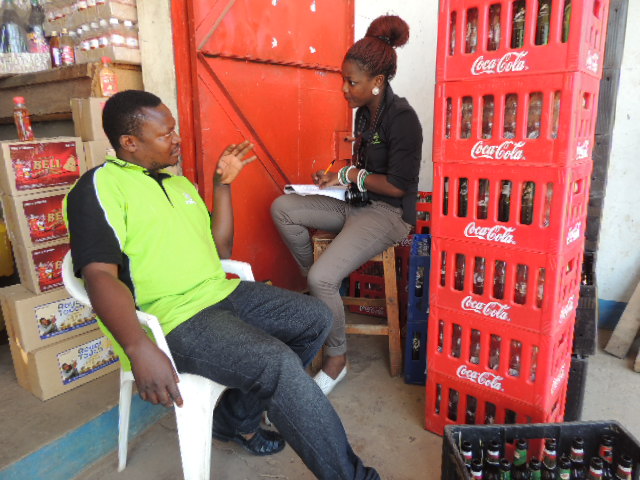 Have you ever wondered who writes Kiva loan descriptions? Who takes the pictures and videos you see on the website? Who is responsible for connecting you--the lender--to borrowers?

At Zoona in Zambia, that person is Memory, Kiva Coordinator extraordinaire.

Each of Kiva’s 193 field partners has a Kiva Coordinator, a designated person that manages Kiva loans. The role of Kiva Coordinator varies between partners, and is sometimes shared between multiple people. 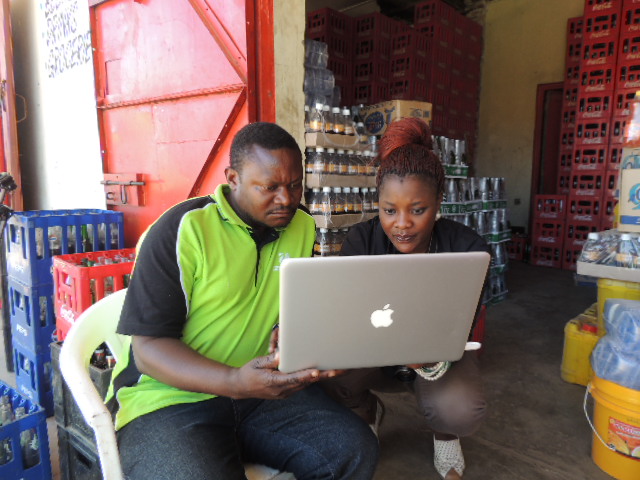 Memory shows borrowers an example of a loan profile on the Kiva website, so they understand what it means to be a Kiva borrower
In Memory's case, she explains Kiva to borrowers, takes their picture or video, and writes loan descriptions.

Memory uploads loans to Kiva.org and keeps lenders updated on borrower progress. She develops a relationship with each borrower, which allows for a more personal connection between lenders and borrowers. 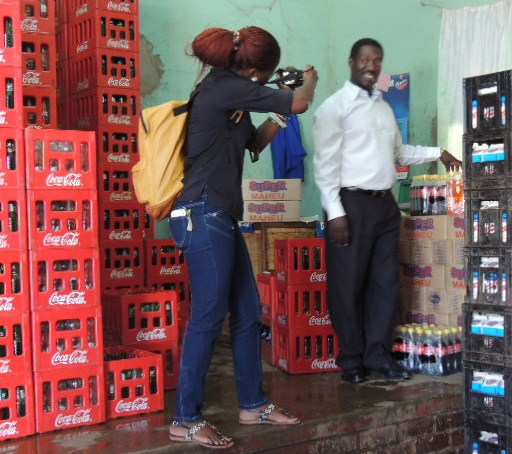 Getting a profile picture for a new Kiva borrower
Memory is 24 years old and from Lusaka, Zambia. She has a diploma in Information Technology from Ekurhuleni West College in Johannesburg, South Africa.

When she returned home from college in 2009 she applied for IT jobs with various banks. Her resume got passed on to Zoona and she has been with them ever since. 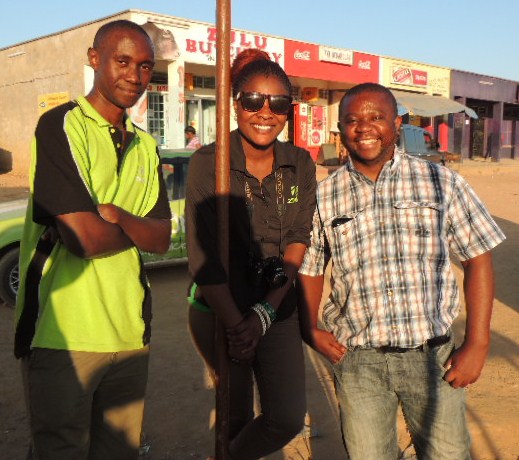 Memory with Zoona colleagues Eddie and Oliver, who work in marketing
Memory started in operational support with Zoona, but six months into the position she gave a presentation on ‘Growing Your Business’ and the founder of Zoona reacted with, “what are you doing in operations!? You belong in marketing!”

She became a Marketing Assistant and was eventually promoted to Brand Manager. When Zoona partnered with Kiva, Memory was the obvious choice for Kiva Coordinator. 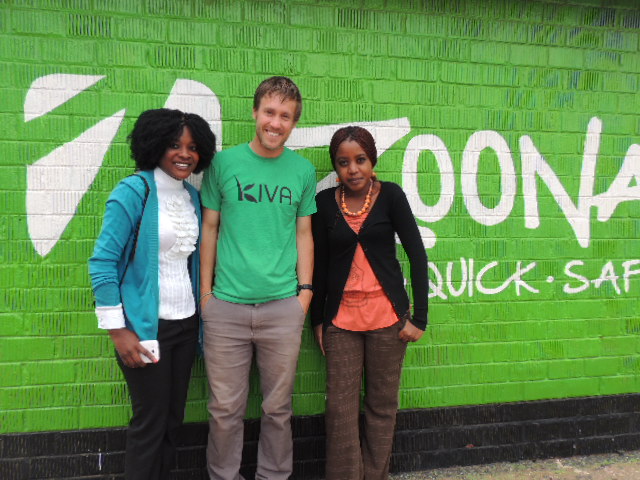 Memory with Kiva staff member, Nick, on a recent visit from Kiva headquarters, and Misozi, a Zoona agent and Kiva borrower in Lusaka
Memory is exceptional at explaining Kiva to borrowers and connecting with them. She also writes good, detailed loan descriptions that provide the information lenders are curious about.

And Zoona might just be Kiva’s best partner in terms of journals--written messages or video updates to lenders on how the loan impacted the borrower and how they're doing. 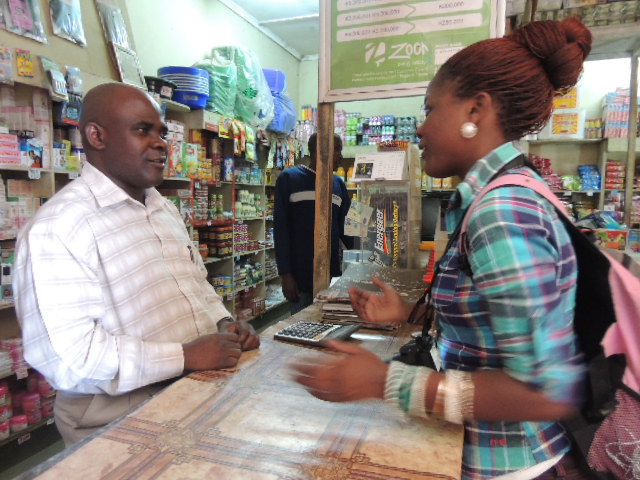 Memory visiting Robby to get a video journal to share with his lenders
Memory says two borrowers in particular stand out to her—Aness and Mundia. When Memory explained Kiva to Aness, she understood the concept right away and was very open to interacting with lenders. In fact, if Memory didn’t ask for updates every month, Aness would call and remind her.

Aness has shared video of her baby daughter and messages about her favorite customers with lenders, which has led to conversations between Aness and her lenders. She loves hearing from them.

Memory has enjoyed seeing Aness grow every step of the way. 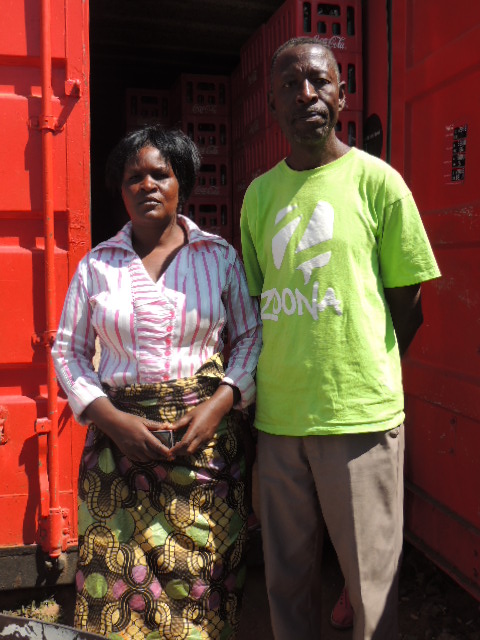 First attempt at a picture of borrower Shadrick and his wife. Perhaps a little too serious?
Mundia is special to Memory because he tries to incorporate Kiva lenders into everything he does. He even invited two lenders to the Kuomboka ceremony—the biggest and most well-known traditional ceremony in Zambia. 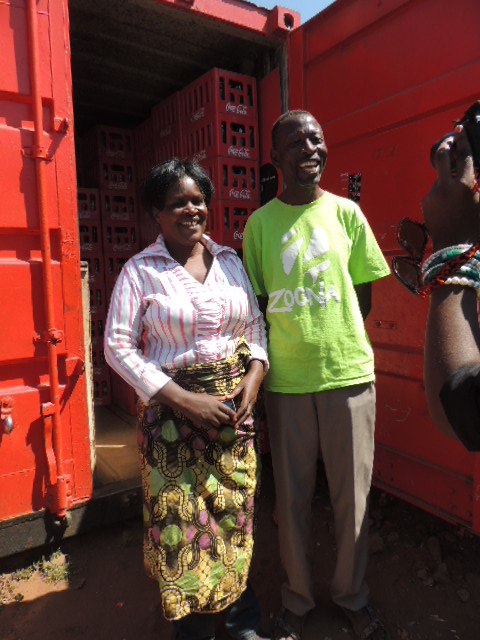 Second attempt, after Memory cracks a joke to get them to smile. That's better!
Memory's favorite part of the job? Traveling and getting to see new places as she visits borrowers across Zambia.

Memory enjoys working with borrowers because she says she gets to know a lot of interesting people that she wouldn’t otherwise meet, and they provide her with a new perspective on things.

She really appreciates the opportunity to help people. Memory says that when you work with a partner like Kiva with zero interest loans, you can see results in just a few months. 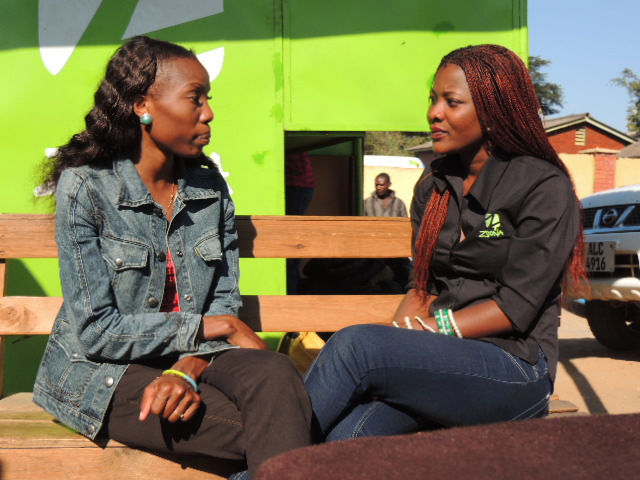 Catching up with borrower Sandra, Zoona's most successful agent. Read my blog about her here.
When asked what she’d like lenders to know about Kiva borrowers, Memory said that the loans—no matter how small—have an impact.

She explains that borrowers don’t have collateral, so they can’t get loans from a bank and their businesses would stay stagnant without Kiva loans. 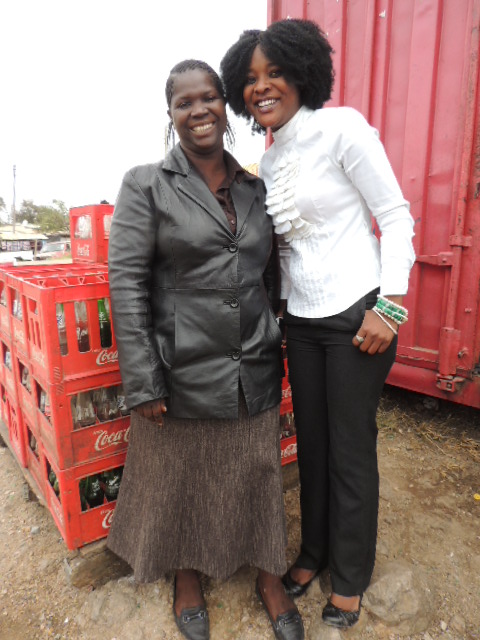 Memory loves being able to help borrowers like Josephine with working capital loans
In two to three years, Memory hopes to have her Master's Degree in Business Administration and says:

"My vision for Zoona and the Kiva partnership is to see it grow to greater heights so that more people can have access to Zoona and Kiva working capital. The working capital not only has effect on the people who receive it but on the country as well. In some cases, when the business grows, people are able to provide jobs." 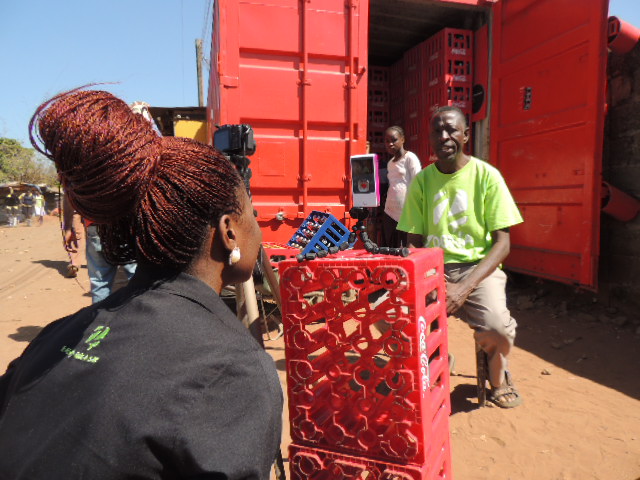 Memory helping me capture video footage of Kiva borrower Shadrick. Did I mention that Memory is excellent at interviewing borrowers? I stepped back and let her take over.
Kiva's mission is to "connect people through lending to alleviate poverty." Memory exemplifies how critical a good Kiva Coordinator is to achieving a connection between lenders and borrowers.

Keep up the great work, Memory! Kiva staff, lenders, and borrowers all appreciate your hard work and dedication.

To lend to Shadrick, who is featured in pictures above, click here.

For other Zoona borrowers, click here and search under Zambia.

As Portfolio Manager for Anglophone Africa, Michelle is responsible for oversight and expansion of Kiva's partnerships in eastern and southern Africa. Based in Nairobi, Kenya, she began working at Kiva in 2013 after completing a Kiva Fellowship in South Africa and Zambia. Michelle developed a passion for Africa right out of college as a volunteer with the Jane Goodall Institute in Uganda. She went on to conduct graduate research in Gabon with the Wildlife Conservation Society and teach African geography courses at the University of Wisconsin-Madison. Prior to Kiva, Michelle also spent four years working in financial operations and compliance at Nakoma Capital Management. She holds a Master's degree in Geography and African Studies and a Bachelor's degree in Zoology and Conservation Biology from UW-Madison.