Five things you may not know about Rwanda

Two and a half weeks before I left Australia for Kiva Fellow training, I discovered I would be working in Rwanda.  Combined with packing up and moving house, finishing work, preparing for Kiva and saying good-bye to friends and family, I didn’t have a lot of time to find out much about Rwanda before I arrived.  I’m still learning and will be for a long time after I leave.  Below are five things I would never have known if I hadn’t had the opportunity to live and work here.

1.     Plastic bags are illegal – since 2006 plastic bags have been replaced with brown paper ones.  This is one of the reasons Rwanda is cleaner than many bordering East African countries.  No nasty plastic littering the streets, or smouldering in rubbish pile burn offs.  Rwanda also has a long history of community organised cleaning days, called Umuganda, which means Rwanda is litter free and full of green spaces (see a previous Kiva Fellow’s explanation here).  There is definitely a common sense of pride and involvement in keeping Rwanda beautiful.

2.     It is impolite to eat and drink in public unless at a restaurant.  Some say this cultural phenomenon stretches back to times of famine when eating in front of a starving person without sharing would have been callous.  In fact, with Rwanda’s high poverty levels today and many people struggling to afford even one meal a day, this still remains a good reason not to flaunt food in front of those less fortunate unless you have enough for all.  Regardless of where the practice originated, you will almost never see anyone eating and walking in public, it is considered the height of insolence and shows you up as uncouth and uneducated….or an unwitting visitor.

3.     The thumb is not a finger and don’t expect it to be counted as one.  Okay, this is a bit stupid but it has really provided endless entertainment.  In the absence of a common language it’s helpful to resort to sign language.  Five is indicated by holding up a fist; a bunch of fives.  Seven is a bunch of fives with two fingers poking over the top like rabbit ears.  Brilliant!

4.     Rwandans do not refer to each other along ethnic lines any longer.  To ask someone if they are Hutu or Tutsi is not only irrelevant but inconsiderate.  Irrelevant because ethnicity is not always clearly defined and unlike 16 years ago, decisions on property rights, jobs and status are not based on what ethnic group you belong to.  Inconsiderate because it shows a lack of respect and understanding for Rwanda’s painful and divisive history.

5.     Rwanda is the most densely populated country in Africa, and eighty percent of the population are involved in agricultural production. Rwanda is resource poor and their major exports are tea and coffee (some of the best I’ve had!), which only occupy 1 and 3 percent, respectively, of total cultivable land.   The majority of Rwandans are subsistence farmers and every square inch of the land is heavily tilled.   It also leaves many of the population vulnerable, both because land is scarce and farming is a precarious and challenging occupation due to terrain, weather and lack of modern equipment.

It places microfinance at the heart of possibilities for rural economic development in Rwanda. Micro enterprises and small businesses offer opportunities for vulnerable rural communities.  They have a role in construction, transport, trade and services, production of manufactured goods and processing of agricultural products, a largely untapped source of income and one that the microfinance industry can nurture.*  In addition, reaching the majority of the population via the agricultural sector through flexible loan products for farmers is one of the challenges MFIs such as Urwego Opportunity Bank and Vision Finance Company are actively seeking to address. 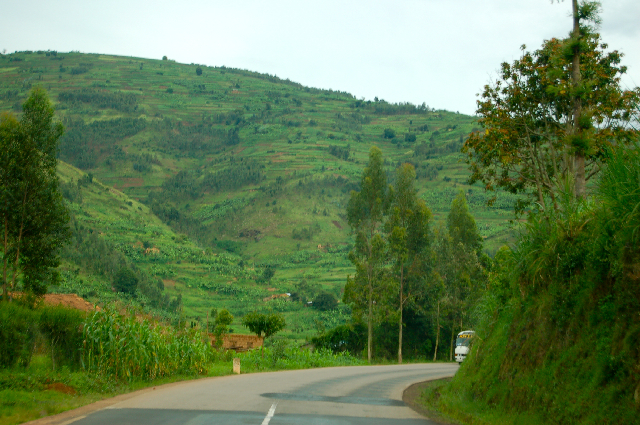 Michelle Curtis is a KF13er who finally said goodbye to the wonderful folks at Urwego Opportunity Bank and Vision Finance Company in Rwanda this week.  She has been truly inspired by the passion and commitment of those she was fortunate enough to work with.