Getting from Point A to Point B in CostaRica

Costa Rica so far has been nothing short of breathtaking. Those of you who’ve been here will remember its lush green landscapes, abundant tropical fruit, sunny 25oC days that constitute its ‘winter,’ magnificent animals and birds that we in Canada only know from pictures, and a sense of environmental protection that seems to be ingrained in the nation’s conscience. 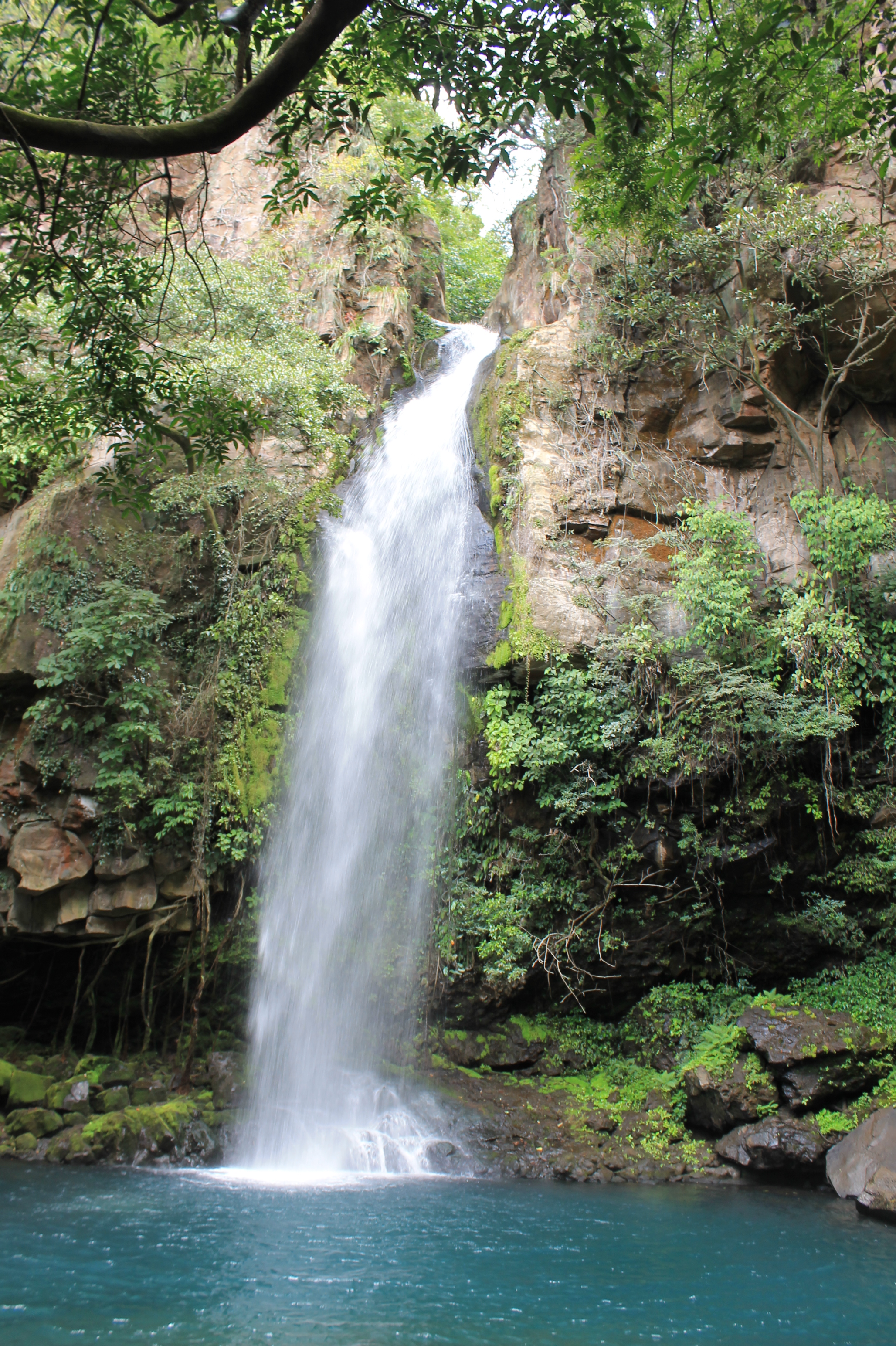 You may also remember the challenges of getting around as you traveled from one locale to another—figuring out bus schedules based on five different times that four different people told you, hauling your packs and trying not to tip over from the sheer weight, and trying unsuccessfully to blend in with the locals to avoid getting accosted by the endless offers of ‘Taxi! Taxi!’

But as a resident in the capital of San José, getting from point A to point B has taken on a special and crazy new meaning. For the next month or so I’ll be working in a neighbourhood called La Uruca. On my first day working for EDESA, my colleagues recommended an accommodation that’s less than 2km from the office. Great! I thought. Years of working in different cities had taught me the virtues of being able to walk to work.

Little did I know that walking to work would mean crossing the 6-lane Pan-American Highway with cars flying down it at breakneck speeds. Actually, there is an alternative: Walking along the equally daunting Highway 39 on what is treated as a pedestrian walkway—a five-inch strip of pavement next to the highway (essentially the paved shoulder, but a perilously narrow one).

Simply put, San José is not exactly the most pedestrian-friendly city. This is evidenced by the myriad of auto mechanics and car parts shops that fill one of La Uruca’s main thoroughfares. Cars and buses seem to be the main mode of transportation here, while pedestrians are an afterthought at best. Well, maybe with the exception of the Avenida Central, a long street which at one point turns into a great pedestrian mall that spans many blocks in the downtown core.

Walking along this avenue to get to the Teatro Nacional one evening, I noticed a bunch of clothing stores and even more shoe stores. So many, in fact, that I started counting: I got as far as 21 shoe stores in a five block span before I lost track. I’ve made a huge discovery: Apparently it’s shoe shopping, not fútbol, that’s the major national pastime here. Maybe Ticos love to walk, after all! 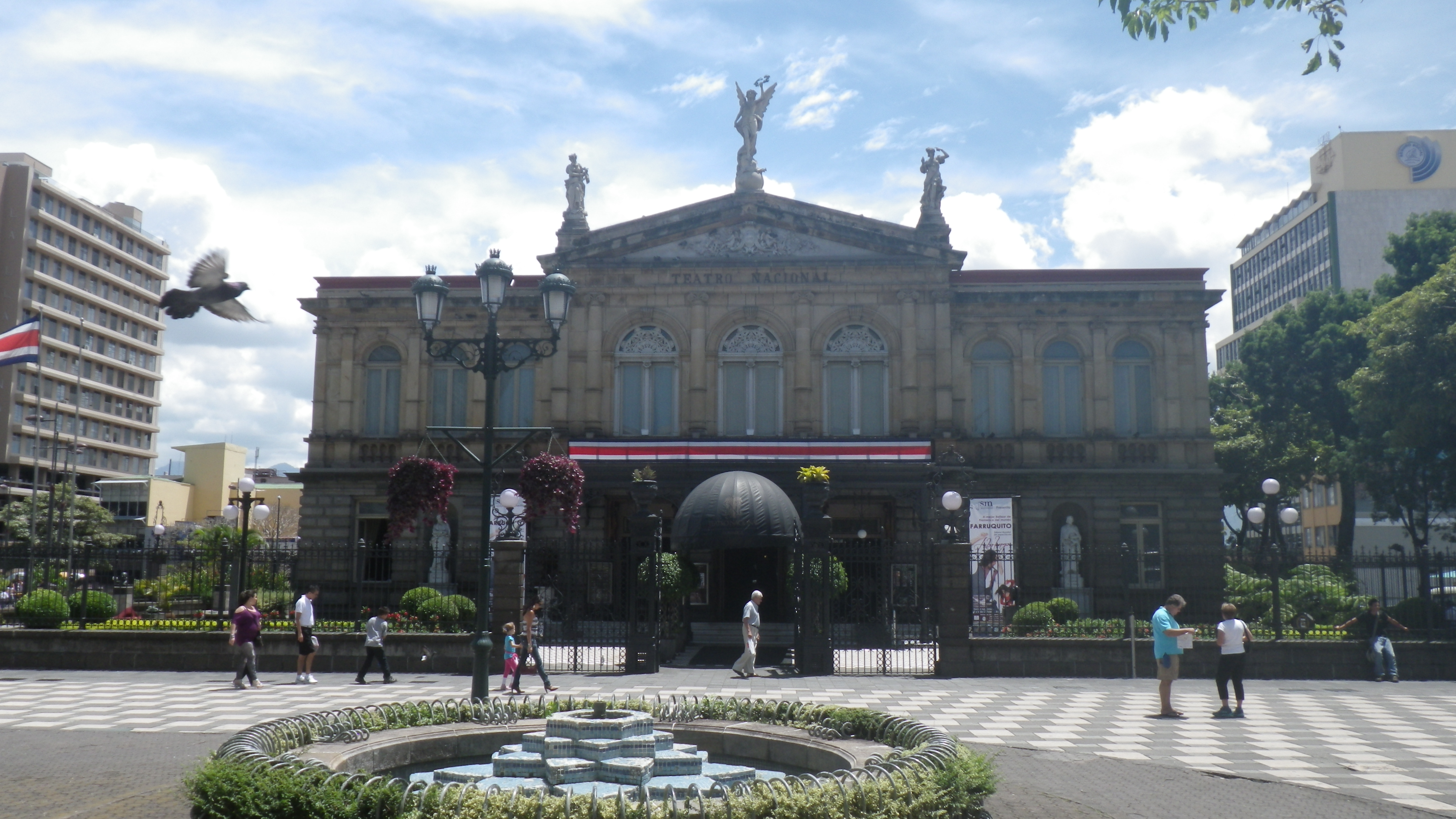 walking along the Avenida Central to the Teatro Nacional

But maybe San José isn’t that car friendly, either. Whether you’re on foot or in a car, the absence of street names makes navigation difficult even for locals. For example, a typical address goes something like: 200 metros al este y 10 metros al norte del parqueo del Hotel San José Palacio, calle sin salida, La Uruca—in other words, 200m east and 10m north of the parking lot of the Hotel San José Palacio, on the dead-end street in La Uruca. (Huh?!) The gentleman who owns the place where I’m staying tells me that his home address refers to a store that existed 50 years ago, and has long since disappeared!

So getting from point A to point B is anything but simple in San José. The rest of the country’s roads are notoriously bad as well. Even going to such popular tourist areas as Monteverde, with its famous cloudforest, requires a gruelling hour of winding up a steep gravel road on a bus. I’ll spare you the details of just how gravelly and winding those roads are (but I will say that Gravol is my new best friend). It’s a bit of a tradeoff, as I can see why the Monteverde community is reluctant to pave their roads; they argue that this would increase the volume of tourists to unsustainable levels.

cool sightings in Monteverde… but is it worth the ride?

All of this being said, there’s been no shortage of friendly and helpful Ticos on the street to point me in the right direction. And all the taxi drivers I’ve had have an impeccable sense of direction. The people here have been extremely warm and very approachable, which has made getting to my destinations ever so much more pleasant. After all, getting there is part of the adventure!