Happy Earth Day from Kiva Fellows around the Globe!

One of the unfortunate sight-seeing adventures that you never sign up for when you travel (especially in developing countries) is the unseemly amount of trash cluttering the otherwise beautiful landscapes. In Armenia, it isn’t possible to see the horizon through the smog most days and the streets are covered in cigarette butts and litter. I found no exceptions to this as I inquired from other Kiva Fellows about the dire situation in their countries. Environmental education and reform are simply not a top priority in many countries. But the future of climate change initiatives are not entirely hopeless… 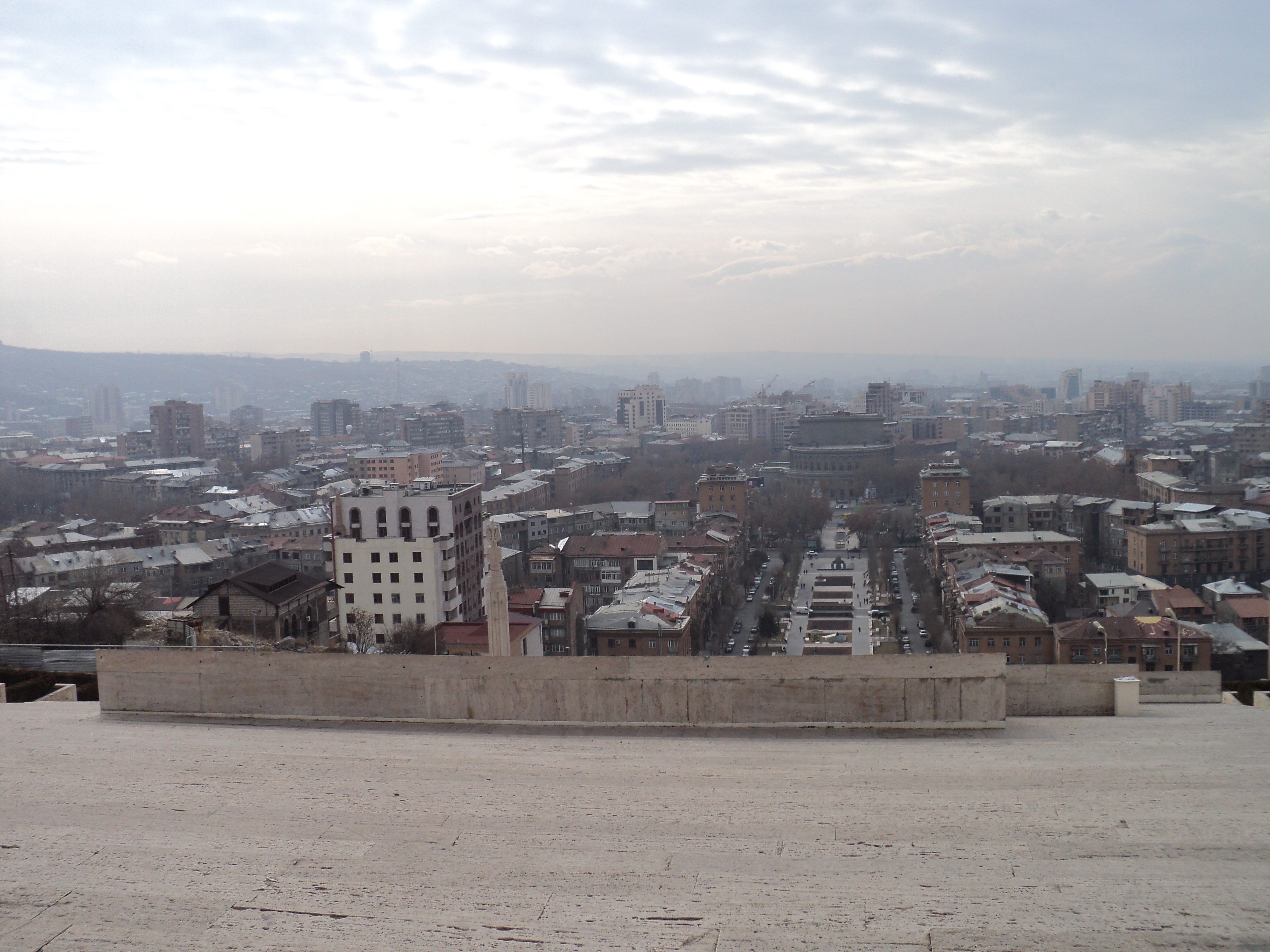 As an organization that works internationally, Kiva is concerned about this issue and has decided to shoulder the responsibility as well by launching a new line of “Green Loans”.  Many microfinance institutions do their part by extending green loans to clients that are environmentally conscientious.   You can read about some of these Kiva loans in the US, Mongolia, and Bolivia by clicking here. In honor of Earth Day this year, I decided to focus on the positive and report, with the help of my fellow Kiva Fellows, on the Earth-friendly initiatives that are happening across the globe.

In Armenia, SEF International strives to educate clients on environmental concerns. Rouzan, the Kiva Coordinator at SEF, tells me that SEF International’s loan contract obliges the borrower to act responsibly towards the environment, humanitarian and legal spheres.  There is also a fee in case the contract in this section is overlooked. Apart from that, most of SEF’s farmer clients are engaged in organic agriculture for internal consumers.  Through its loans, SEF International encourages the implementation of advances in organic agriculture. The office also makes a point to recycle and participates in Earth Hour each year by shutting off all electricity for an hour.

There are other nationwide events such as “Clean up the Earth Day”, in Armenia, where the government mandates that all citizens should spend the day picking up trash and brightening the appearance of their neighborhoods.  With garbage cluttering many of the parks, there are also festivals that take place to educate and encourage the neighborhood to keep their parks clean. The majority of cars in Armenia have been converted to run on natural gas. Most consumers opt for this choice as natural gas is quite a bit cheaper than petrol, but it also happens to be better for the environment. It is a bit tough on the engines of cars that are not originally built to run on natural gas and takes an awful lot of power away (you can see marshrutkas puttering slowly up hillsides in every town) and the possibility of explosions are ever present as customers wait 20 feet away from filling stations for their cars to be filled, but it is certainly commendable that an entire nation is switching to natural gas and finding a way to work through these set-backs. 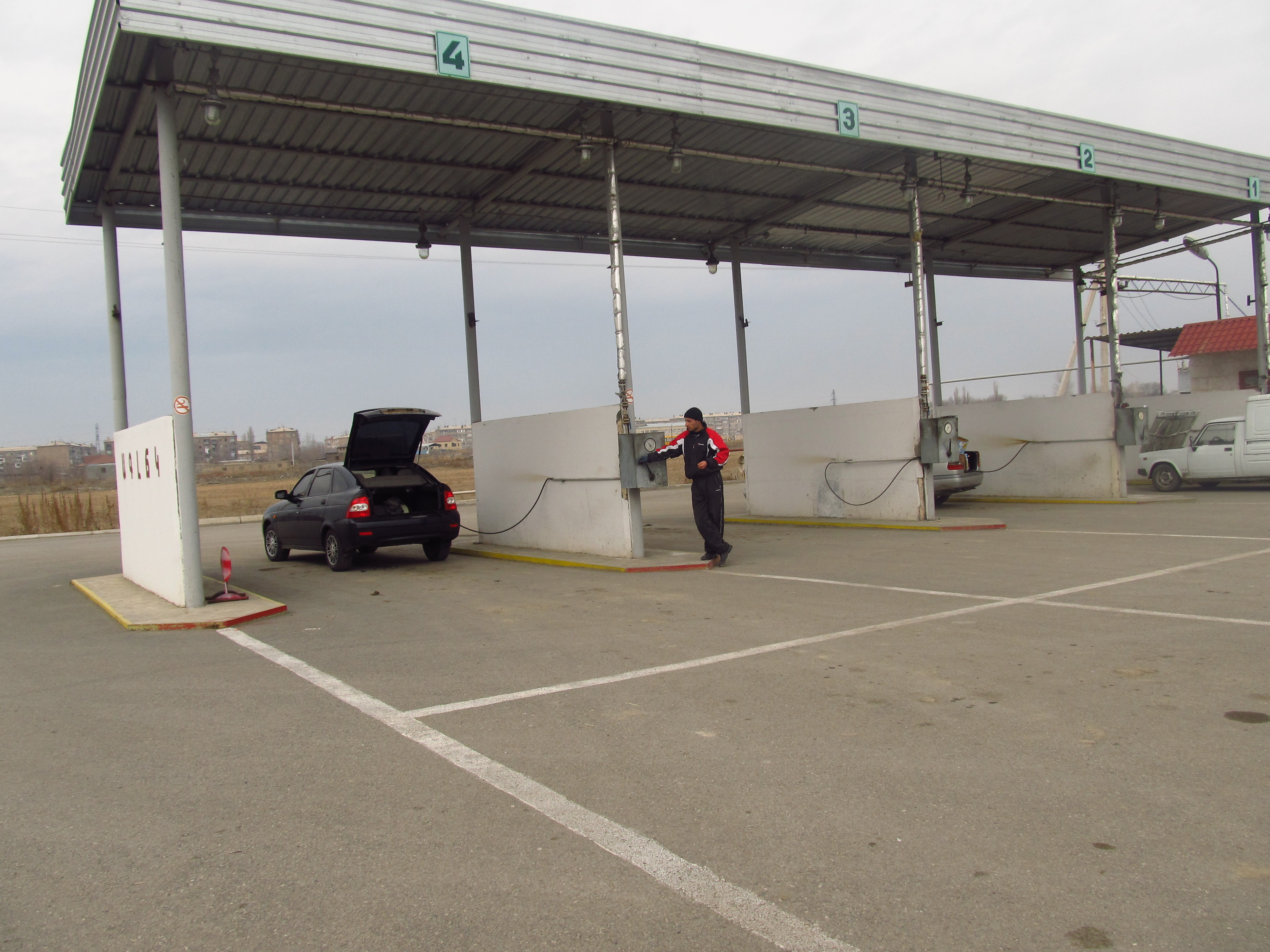 In Bolivia there is a lot of pollution on the streets because of old buses and cars that run on gasoline. Kiva’s Bolivian partner, IMPRO has provided loans to 21 taxi drivers to convert their cars from gasoline to biogas.  The following was contributed by Clara Vreeken, the Kiva Fellow in Bolivia:

IMPRO’s client Emilio is a taxi driver in the capital of Bolivia, La Paz. He was one of the first taxi drivers who converted his car from gasoline to biogas with a Kiva loan in 2007. When I was interviewing him, he explained the environmental advantages of this change: “When a car drives on gasoline, it produces toxic gases. However, when it drives on biogas it doesn’t. Moreover, biogas is healthy. And nowadays, according to the climate changes, I would advise that all vehicles should function on biogas.  Working all day on gasoline, I used to spend around 100 bolivianos ($15 dollars) a day. After having changed to gas, I spend around 40 bolivianos (6 dollars). So there is an enormous difference.” 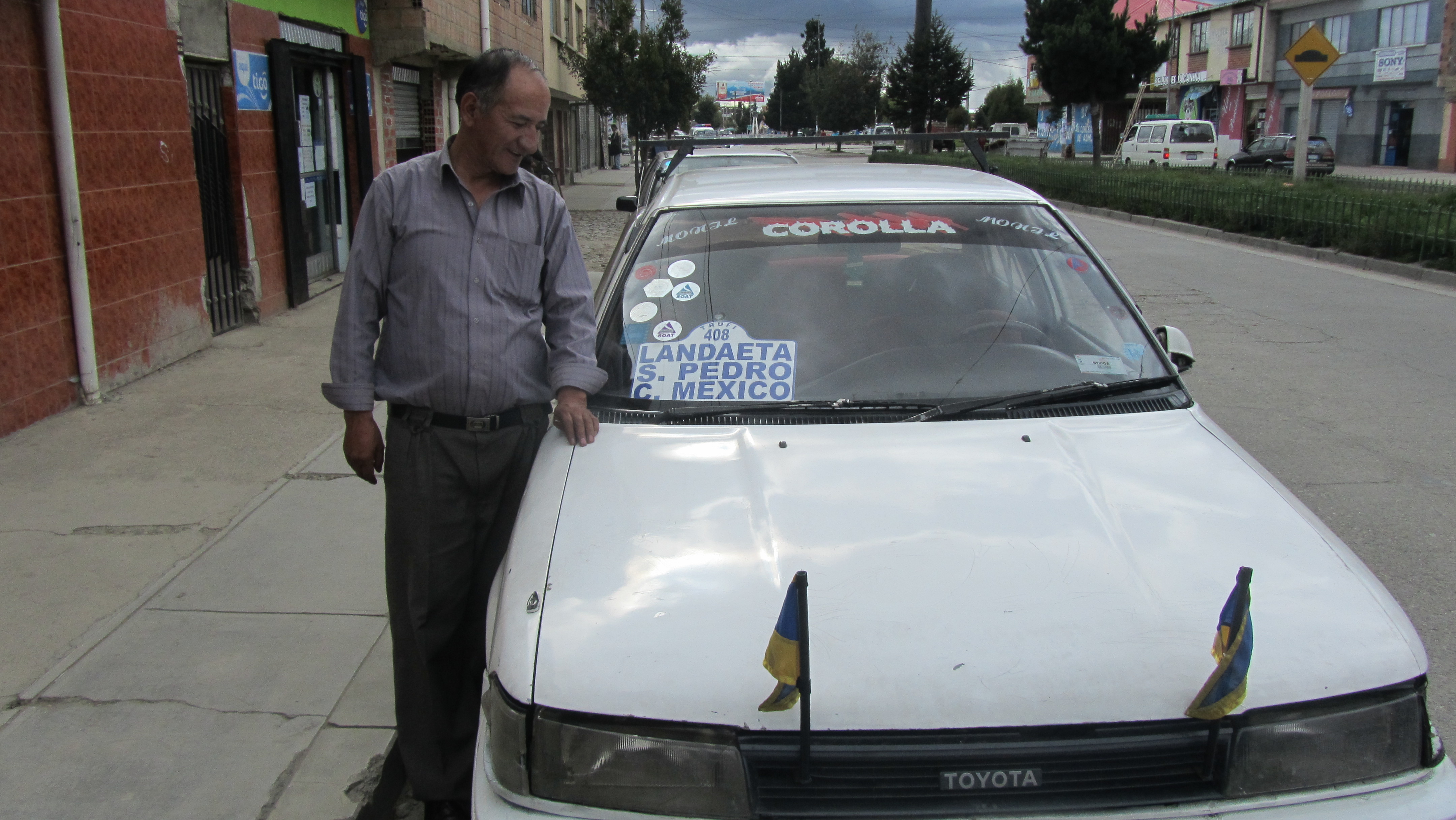 Emilio with his car

Adam Cohn contributed a story from Rwanda where plastic bags are illegal and there is a surprising absence of garbage on the ground throughout the country. “At supermarkets they abuse paper bags like they abuse plastic ones in Asia. At all the other markets, kids run around selling either paper bags or reusable bags like we have in the states or like those that rice comes in. And for those that don’t want to pay for them? *Gasp* they bring their own!!  I’m tellin’ ya, Rwanda is a model for the developing world.” 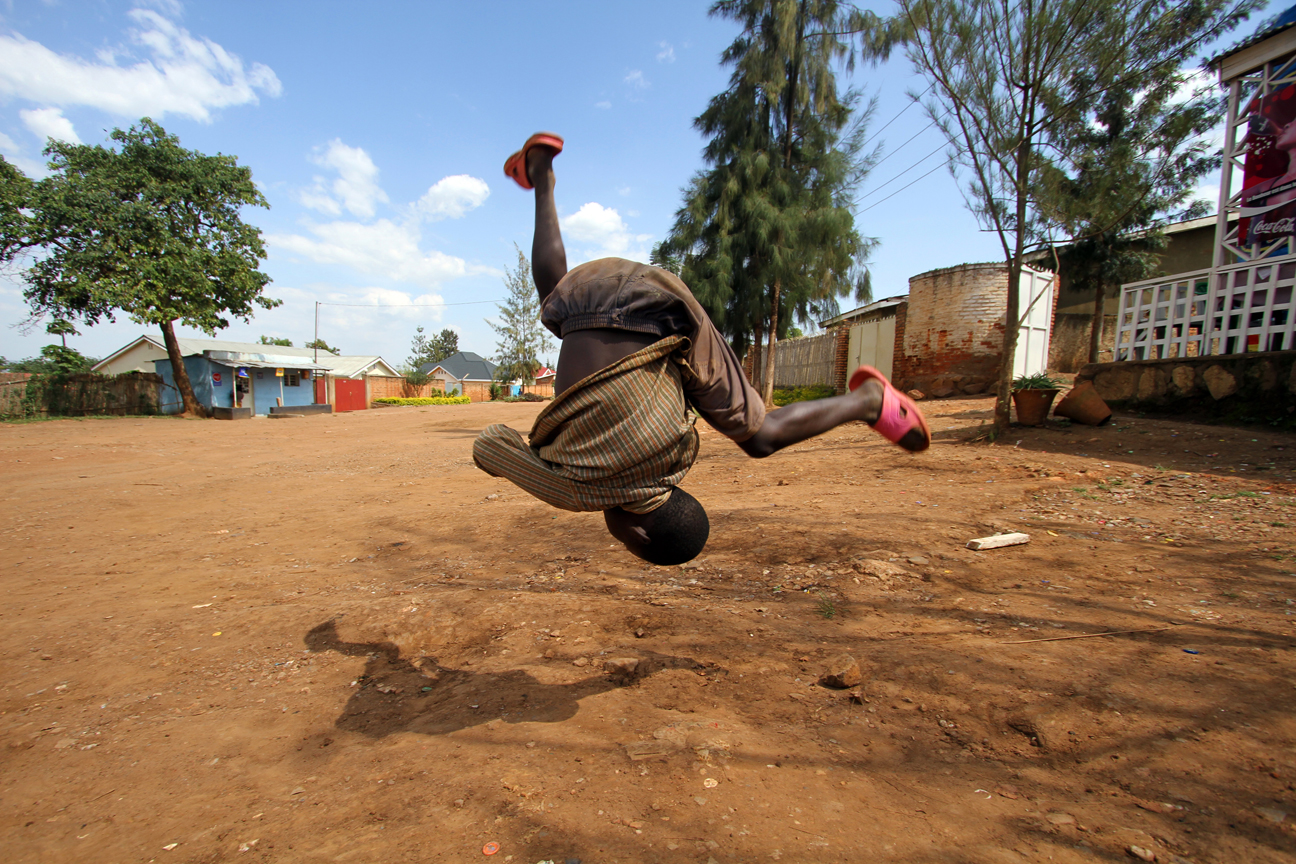 From Alex Silvermith in Jordan: In Jordan, a country that shares a border with Iraq, Syria, and Saudi Arabia, the Royal Society for the Conservation of Nature (RSCN) and its development arm, Wild Jordan, are implementing multi-pronged conservation efforts around the country to rejuvenate pockets of wilderness badly damaged by commercial over-use and inattention. In a country the size of Indiana, where 75% of the land is desert, RSCN has partnered with local residents in conservation efforts in 6 wilderness areas. A hut system, online shops, and hand-made products from locals all help sustain the conservation efforts. As a result, you can stay in wetland lodge run by local Chechens or buy local goat leather from the Bedouin that live near Petra. While conservation efforts still have a long way to go towards raising awareness amongst the general population — one need look no further than piles of strewn trash to pinpoint popular picnic spots — sustainable conservation efforts reflect something exceptional in a region better known for the indoor ski resort of Dubai or oil pipelines of Saudi Arabia. 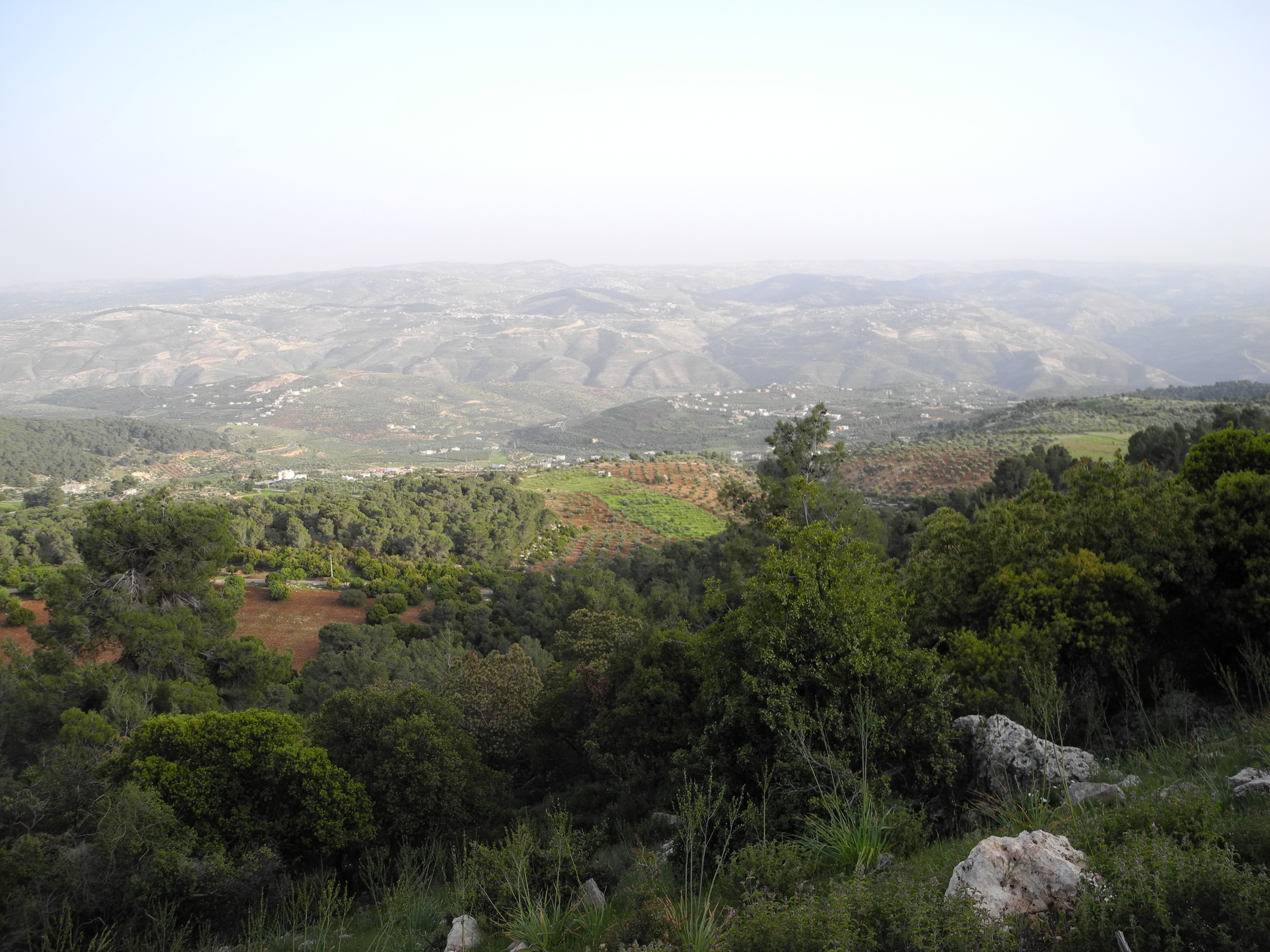 You wouldn't know you were surrounded by desert in every direction, Dibeen Forest Reserve

Stephanie Sibal reports that “Cambodia as a whole has started a couple of projects towards bettering the environment. For example, there are ads encouraging shoppers at Lucky Supermarket to use canvas/recyclable bags– if you buy one, the proceeds go to the Ministry of Environment.”

“Also, Cambodia has a lot of lush jungle that is home to many endangered species such as Asiatic black bears and Indian tigers that have fallen prey to illegal poachers. With very little money coming in from the Ministry of Environment/central government to protect the wildlife parks, there are quite a few American and French NGOs based here in Phnom Penh that have hired and trained more full-time park staff to monitor the area and they’re hoping that will cut down on the poaching.” 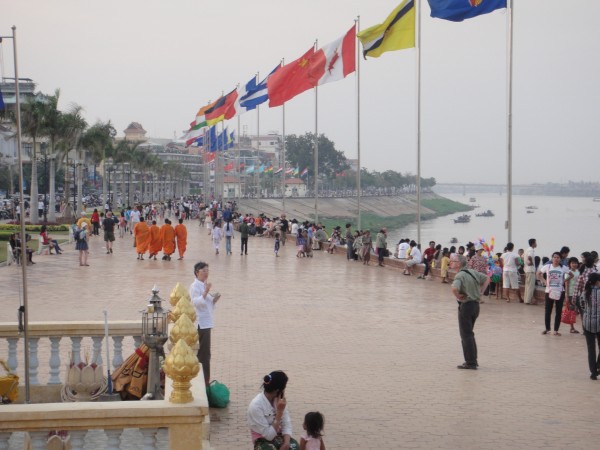 It is a real shame though to see the rubbish piled up on the sandy beaches – more often than not, empty water sachets – and sometimes floating in the water. Waste management has a long way to go in Ghana. Nonetheless, it is heartening to see that the government is making an effort in other areas.

Fishing has long been a major industry and source of livelihood (and protein!) for many people in Ghana. However, bad fishing practices – by both local and foreign fishers – have depleted the fish stocks in Ghanaian waters. The government recently took the bold step of banning certain destructive fishing practices, such as light fishing (the use of light to attract fish at night) to allow fish stocks to recover. 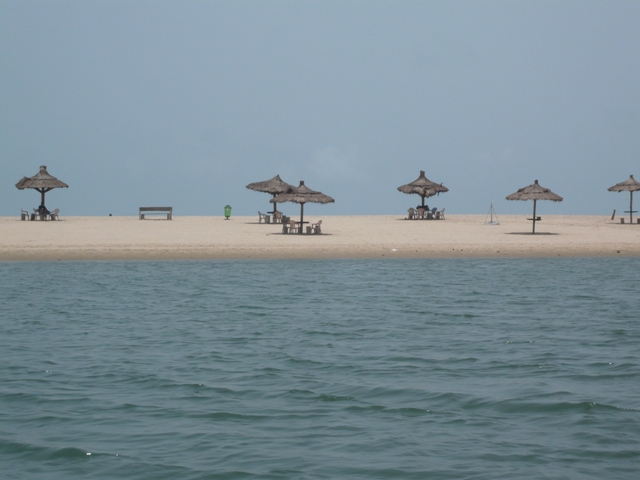 There is of course short-term pain with this ban as fishermen break old habits and adopt alternative methods of fishing. Further, there is more to be done, especially in dealing with illegal fishing by foreign trawlers, to sustain long term fish stocks and the livelihoods of the coastal communities. However, the Ghanaian authorities have taken a commendable step in righting its marine eco-balance and they are setting a great example for the rest of the world (particularly, the Western governments).

Read more about this in Gone Fishing.

When it comes to environmental challenges, we all need to clean up our act. It’s refreshing to hear new and innovative ideas from around the globe that will affect the next generation and create new Earth- friendly habits.

Happy Earth Day from the 14th class of Kiva Fellows!!

To learn more about Kiva’s exciting new line of green loans or to lend to one of our environmentally conscious borrowers go to www.kiva.org