Neat pajamas. That was one of two things I got out of having Amoebic Dysentery last week. The other, was a new appreciation for the work that K-MET, the development corporation with a small micro-finance wing, is doing.

I had been in Kisumu, Kenya for nearly three weeks and was really starting to hit my stride when the stomach rumble that is all too familiar to my fellow fellows rudely interrupted me. I’ll leave out the nasty parts but within 5-hours I went from bold Kiva Fellow to helpless, dehydrated man-baby. I called Milena Arciszewski (KF6, saint) and she helped me to the hospital where I managed to not cry myself to sleep and the doctors decided to check me in.

After a few IVs full of industrial strength Chinese anti-biotics and 80 gagillion trips to the bathroom, I was beginning to feel a little better and ventured out to the hospital’s balcony. Looking and acting like an extra from the latest Wes Anderson flick (cool pajamas, bandages, self-pity), I watched the sun set over a nearby slum.

It was at this moment the disparity in Kenya’s health-care system hit me. The treatment I received at Aga Khan Hospital was some of the best I have received in the world, but it was unfortunately due to the fact that most of the doctors and nurses had few other patients to tend to. The bulk of Kisumu’s population, including those suffering from the same parasite I had, cannot afford to check in or even visit a properly functioning hospital.

As I looked out at the slum, I thought of the other people who drank the same water or ate the same bad meat who were battling the same issue. What was going to become a battle/travel story for me was going to quite possibly kill someone within a kilometer of the hospital.

So where do micro-loans come in? I coincidentally am in a position to know. K-MET, where I have been placed for my Kiva fellowship, is not a traditional MFI. Rather, it is a development corporation focused on improving the health standards in Western Kenya. What is unique, is that K-MET uses the bulk of its micro-finance program as an incentive for Community Based Health Workers to dedicate more time to their work. Why the incentive? Because there are really incredible (mostly) women who work and live in the slums here in Kisumu (as well as outlying rural areas) who, on top of raising and supporting their families, running their business and managing some of the more difficult aspects of living in an underdeveloped town, VOLUNTEER to do community based health work. This often means taking on extra costs like delivering meds to patients to sick to get to the hospital or transporting health workers to patients homes. Often, these women are the lifeline for chronically sick and weak patients. Micro-loans often feel like the least that can be done for these women. 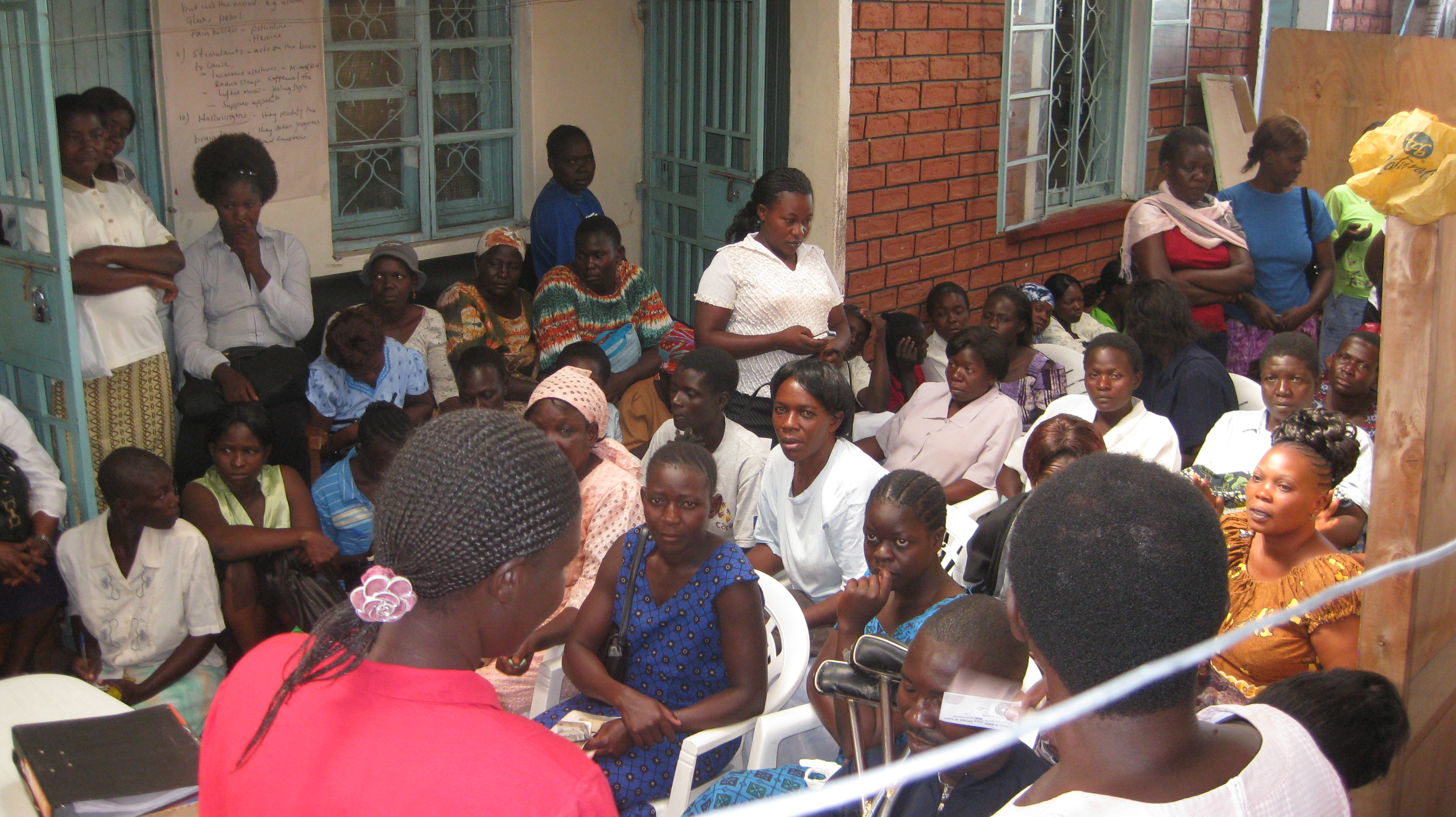 The program is also great because these women are trained to educate their families, friends, neighbors and communities about nutrition, hygiene, safe-sex and birth control while others are actual nurses who provide limited medical care. What makes the whole thing more remarkable to me, is that many of these women live on barely a dollar a day, a fair amount are widows and they live in conditions that are extremely difficult.

The services provided by these community based health workers pales in comparison to the treatment I received at the hospital, but without them, there would be nothing for their patients. I knew before I arrived that the work these women did was important, but until I went through the desperation that comes with debilitation, I’m not sure I fully understood how important it is to support these women in their work. It has given me, and I hope in turn, Kiva Lenders to K-MET, a new sense of purpose.

To lend to K-MET, check out the K-MET Team set up today!