How Effective is Microcredit, Really?

The latest buzzwords in development nowadays seem to revolve around impact evaluation. Donors and lenders have become more concerned with how their money is being spent.  And rightfully so: waste and bureaucracy have forced the development community to take a look in the mirror and rethink how they spend their precious dollars.

Billions of dollars are poured into development each year, and much of it goes to the periphery.  My private school education in Ghana and Egypt, for example, was courtesy of American taxpayers funding agricultural development projects that my dad was working on at the time.  Property owners in Ghana’s capital, Accra, make a fortune off expatriate housing allowances. My dad even felt a twinge of guilt for the size of his hazard pay bump on recent projects in Afghanistan and Iraq.

So it shouldn’t come as a surprise to us that the leaky development cash bucket doesn’t have much left by the time it reaches its intended target.

These problems make microfinance organizations such as Kiva, all the more attractive to donors and lenders: cash gets put directly in the hands of those that need it. But how effective is microfinance at bringing people out of poverty?  Do Kiva borrowers get the payoff their lenders hope for?  Are the most widely accepted microfinance practices the most effective?

Fortunately for us, two academics, Dean Karlan and Jacob Appel, used experimentation called randomized control trials (or RCTs, another impact-related development buzzword) to test and derive answers to these and other burning microfinance questions.  They published their analysis in a 2011 book, “More Than Good Intentions: Improving the Ways the World’s Poor Borrow, Save, Farm, Learn, and Stay Healthy,” and the results were mixed, but I don’t think it will discourage anyone from lending on Kiva.

While the results of all the studies conducted don’t apply to the entire world of microfinance, they provide some glimmers of light in a sea of uncertainty.

In a South African study, borrowers on the border of credit approval were randomly approved and rejected for loans and tracked for one year. The result was a clear illustration of how microfinance can help people that would otherwise not have access to credit. Not only did the borrowers’ lives improve, but their families’ lives did too. They earned more money, and were less likely to be below the poverty line or go to bed hungry. The key finding of this experiment, however, was that microfinance loans were not harmful to borrowers. You may rejoice!

Another study in the Philippines, however, had less exciting results when looking at specific groups of loan applicants.  As with a similar study in Sri Lanka, men saw greater success - three times the growth in business profits – than women (Gasp! Aren’t women supposed to be the main benefactors?!).  Also, wealthier borrowers experienced a greater increase in business profits as a result of their loan than their poorer counterparts (presumably they are better at putting money to work).  Curiously, most of the borrowers’ profitability in this study, came as a result of businesses using their loans to cut back on their business to operate more efficiently (perhaps by laying off workers and consolidating businesses), rather than from the growth of their business.

Training can help borrowers, but it doesn’t always a huge impact. A study in Peru showed that the clients who received business training managed seasonal fluctuations better than those that didn’t. The gains were ‘mediocre,’ according to Appel and Karlan, but positive nonetheless. More encouraging, when factoring in the costs of running the trainings, the bank still came out on top and decided to continue the training after the study was complete.

More detailed studies showed that accounting training was not very effective compared to “rules-of-thumb” training.  And the more customized the training was, the bigger the benefit, both for the borrower and the bank.

Group-liability lending fills a significant gap in microfinance.  These loans provide a sort of social accountability among borrowers, reduce the need for collateral, reach a broader client base and reduce costs for MFIs.

But there is a cost to these benefits: good borrowers pay for defaulting group members; shared risk encourages those with modest needs to borrow more than they need; if several members are at risk of default, otherwise good borrowers would be tempted to also default and potentially ruin their good reputation.

So the authors returned to the Philippines to test an alternative method of group lending. Established groups were modified so they still met regularly, but all loans were changed to individual-liability loans and the members were free from the burden of covering for those that defaulted. They then compared the individual-liability to the group-liability groups.

Many banks stick to the tried-and-true group-liability method, and justifiably so – why change a good thing?  It may take some time for banks to catch on, but this method already has the support of the undisputed creator of microfinance, Muhammad Yunus.  His Grameen bank has already implemented “Grameen II” which uses individual-liability groups.

Does introducing a bank to a neighborhood improve the lives of those in it?

One theme that kept occurring in their research was the ability for borrowers to deal with shocks.  If a borrower’s motorbike breaks down, or a relative back home needs help, access to credit – either from microcredit or moneylenders – allows a borrower to continue with their work schedule, and therefore continue earning money.

This highlights a shortcoming of a platform like Kiva.  Loans for shocks like those above are needed immediately, and don’t have time to wait for funding from lenders (unless they are pre-disbursed, as most Kiva loans are).  But more importantly, loans for someone to repair a vehicle or to send money to their ailing parents are much less compelling to lenders than those that are invested in a business.  Additionally, loans like these do not generate more income for the borrower, and so are more likely to be rejected by banks.

Not everyone is an entrepreneur, and not everyone wants, needs, or will benefit from microcredit, but a significant number of people benefit greatly, and no one is harmed by it.  The jury may be out on microcredit's effectiveness at poverty alleviation, but as best practices continue to edge out common practices, we'll see an improvement in the benefits it can offer.

Much more detail on these studies, along with great illustrative anecdotes, can be found in Dean Karlan and Jacob Appel’s book, “More Than Good Intentions.”  Other studies using randomized control trials in a development context can be found in Abhijit Banerjee and Esther Duflo’s book, “Poor Economics.”

Mario Ariza is a Kiva Fellow working in Rwanda with Kiva partner banks Vision Finance Company and Amasezerano Community Banking.  You can lend to borrowers from these banks on Kiva’s website here (ACB) and here (VFC). 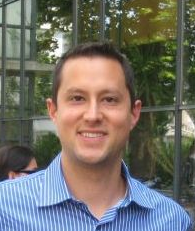 Mario Ariza spent his teenage years in Ghana and Egypt before returning to the United States to attend university in his home state of Virginia. After a decade, he was eventually compelled to return to the developing world and took a job at an investment bank in Ghana, where he implemented a pension fund for fishermen. Admittedly cynical of traditional aid models, he seeks market-based solutions to economic development, which is what attracted him to the Kiva Fellows Program.