I am living in Kisumu, Kenya

I am living in Kisumu, Kenya. Here is a picture of the street where I volunteer, in the Nyalenda slum. 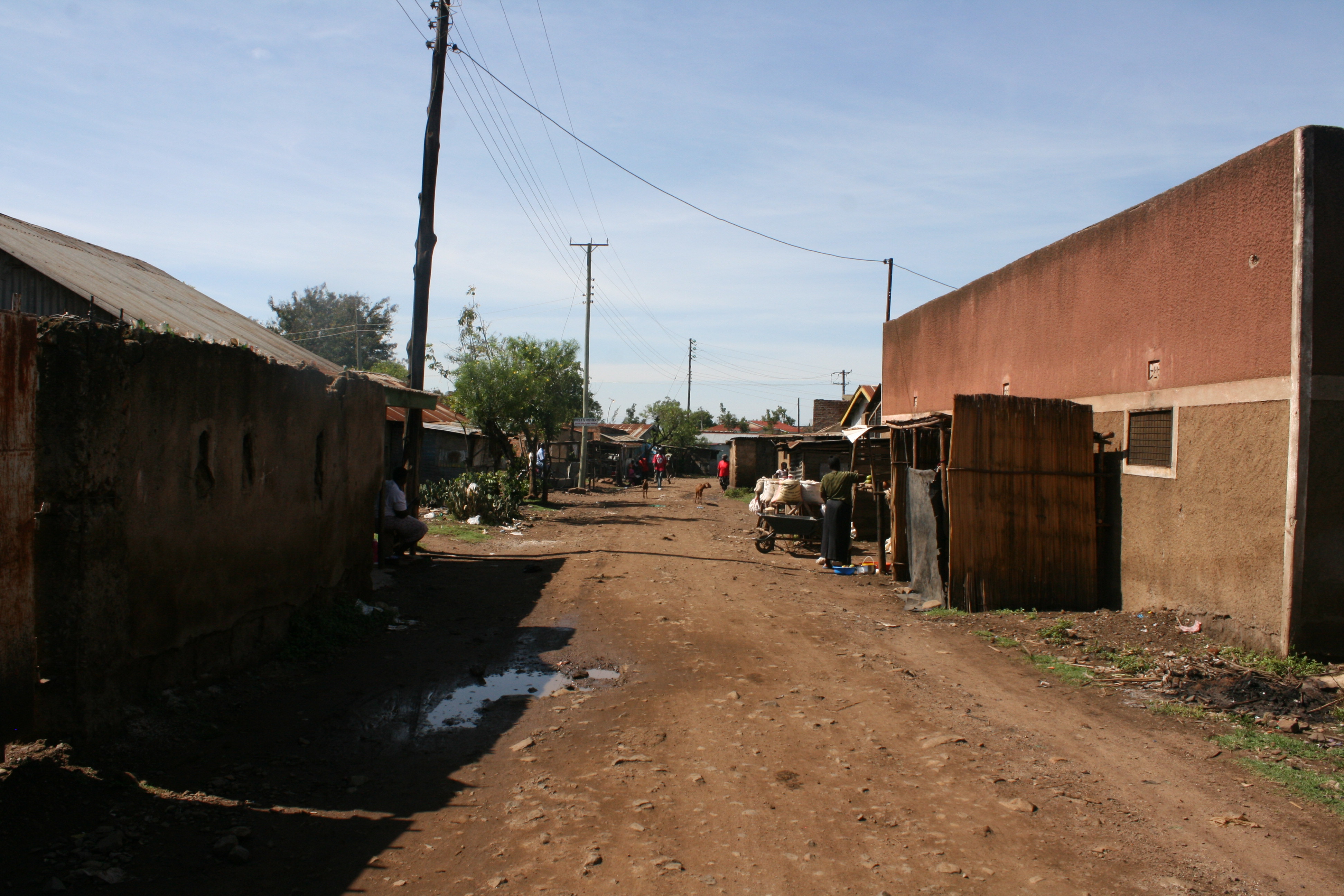 Walking around the slum, one quickly comes across evidence of the post election violence.  Burned buildings are common.  As are random herds of goats. 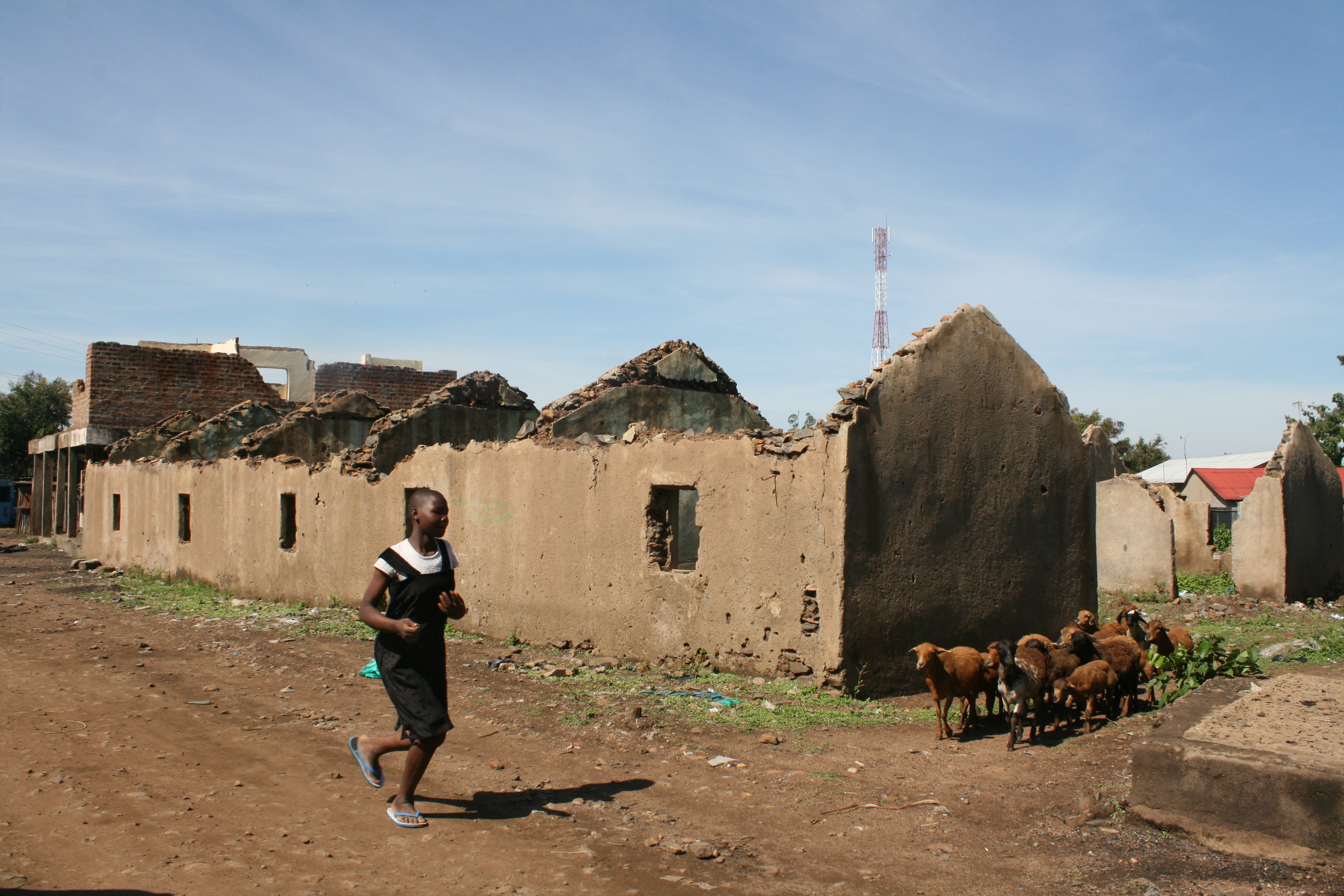 White people in Kisumu are usually in self-contained SUVs.  Not too many ever enter the Nyalenda slum.  As a result, as I walk, I am usually chased by children. 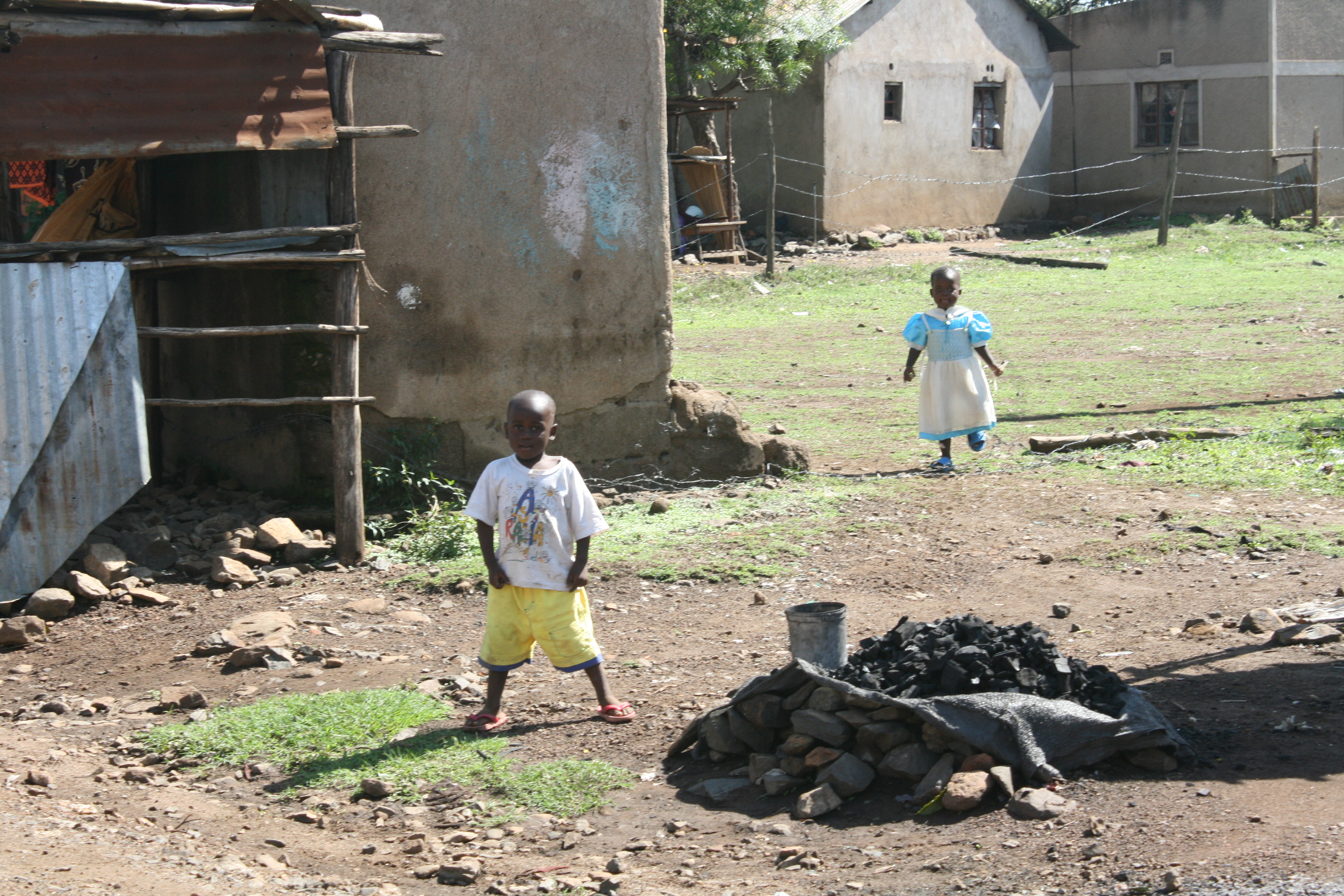 If I stay in one place for too long, they gather to stare. 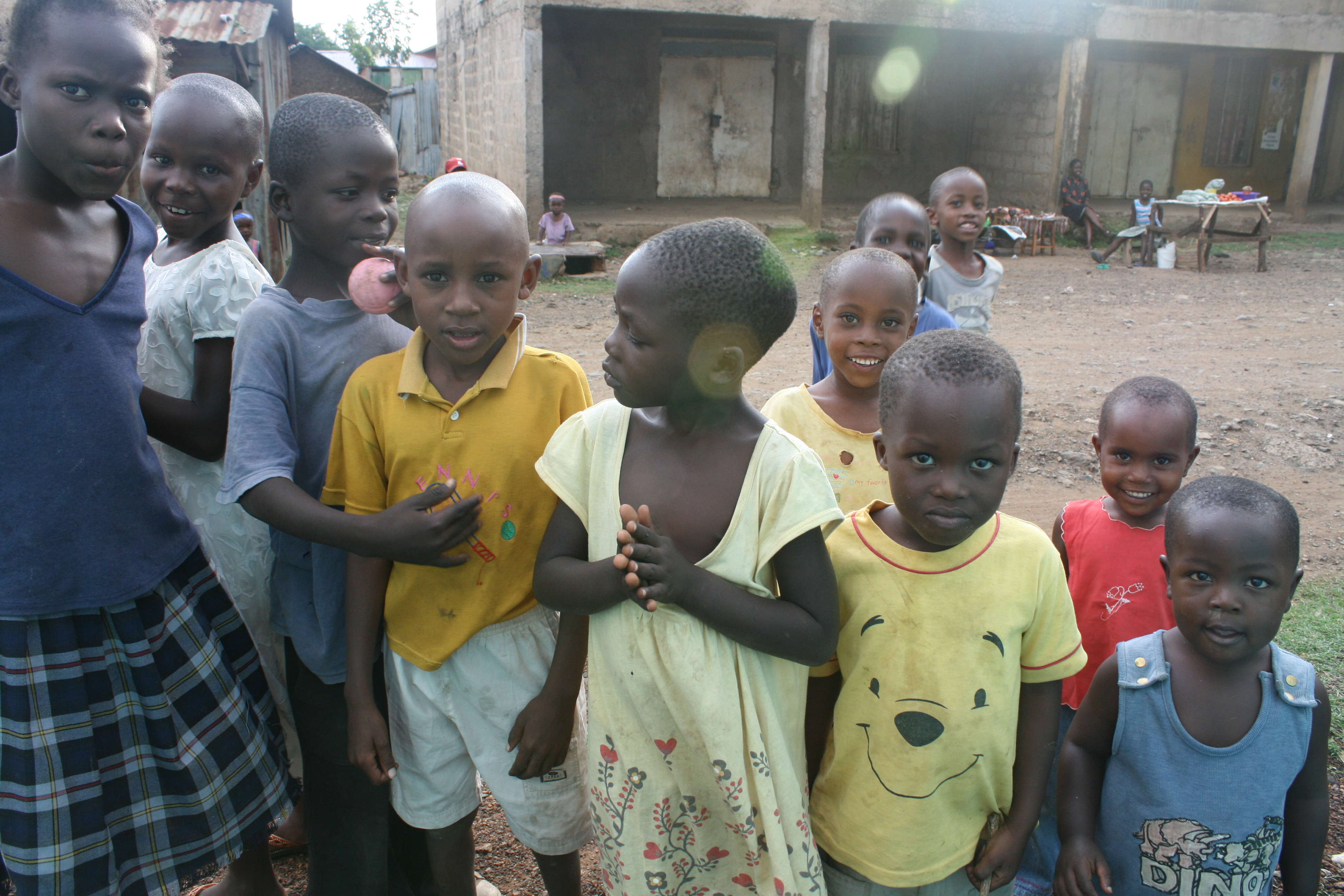 In the slum, you find many teenage girls.  Their stories show a lot of common themes.

I am 20 years old.  My parents passed away when I was 14.  A lack of school fees made me leave school.  We were left 10 children.  Everyone searched for places to stay but I was left alone and went to be a street girl.  A guy hired me as a maid but forced me to have sex.  Within one month he raped me and I was pregnant.  I went to the Kenyan police and they did not take any action about that case.  They wanted money but I didn’t have even a single cent to give them.  I became a mother of a child but there was no job or anything to do.  I wake up early in the morning to wash clothes for people.  They only give me 50 shillings (*equivalent of less than $1USD) in order to get food to eat with my child.  Without washing clothes, we go to sleep hungry. If I can get someone to take care of me and return me back to school, then I can be proud and be happy as some people are.  Maybe my life can change and I can be someone different.

I’m a girl of age 20 years.  I dropped out of school in 2005 because I did not have money to continue my education.  I have been staying at home doing nothing.  I have no money to start a business.  I have no knowledge of anything.  I tried to convince my father to look for money to take me to high school but he did not.  I have been walking day and night to look for employment even as a housemaid but the salary is as low as 100 shillings a month (*$1.31 USD per month).  There is a time I succeeded in getting employment in a rich man’s house.  He promised to pay me well but was exploiting me sexually.  When I threatened to report him he sent me away.  I was frustrated beyond words.

I am 22 years old.  I am the first born in a family of five.  I live with my mother and step-father and dropped out of school.  I used to go clubbing and really had a bad company.  I got pregnant and now I have a kid, he’s 2.5 years old.  Life has been so hard I even tried marriage to find happiness and comfort.  I was married to a young man who gave me everything but mistreated me and my kid.  I had no choice but to stay with him since he provided me everything.  Nobody cared about me.  My husband was cheating on me but there was nothing I could do.  Now I am HIV positive.

A Sisterhood for Change participant posing with her child

Kisumu Medical and Education Trust (“KMET”) is one of KIVA’s partners.  In 2006, KMET created a program to address the seemingly hopeless situation for teenage girls.  KMET recruited orphans, single mothers, high school drop-outs, HIV/AIDs patients and commercial sex workers for a program called Sisterhood for Change.  The stories above are taken from profiles written by the girls recruited by the program.

At the Sisterhood for Change center, the teenage girls are taught about reproductive health and family planning.  For the first time, the girls learn about menstruation, pregnancy, sexually transmitted diseases, and how to use a condom.
At the center, the girls are also trained for 6 months in vocational skills, like cooking, hairdressing or tailoring.  Experienced tutors work with them from 8 am – 5pm, making sure that they have the skills to find legitimate jobs.  This is a huge opportunity – before they joined SFC, many of the girls had supported themselves and their children by “getting a boyfriend.”  These “boyfriends” are rarely monogamous and they rarely use condoms, contributing to the high rate of HIV infection in Kisumu (15%).  In the 1990s, the rate of HIV infection reached as high as 38%.  Along the streets, you can buy shirts, mangos, and coffins.  Funeral processions line the streets every weekend.

When Sisterhood for Change began, KMET expected that upon graduation, the girls would immediately get jobs in local communities.  Unfortunately, Kisumu just… doesn’t have jobs.  So even with their new vocational skills, the girls were still unemployed and relying upon men for income.

So KMET conceptualized an idea for Safe Spaces.  KMET has purchased a building in the Nyalenda slum and stocked it with the equipment needed to run tailoring, hairdressing and catering businesses.  KMET will train the girls in business and entrepreneurship, and then they will be free to work in the Safe Space for as long as they wish.  The girls will be purchasing supplies using KIVA loans.
For a long time, I wondered whether it could work.  We held a lot of preliminary meetings to discuss our plans for the Safe Spaces, and the girls usually yawned in indifference.  I would smile. I would pump my fists in excitement.  I would lure them with cookies.  Still, they seemed disinterested.

But now it’s actually happening! They are working in the Safe Spaces, selling french fries, avocado juice, and sassy hairstyles. Training takes place from April 29th-May 7th, with the generous help fof the Child at Venture Foundation. I still sometimes wonder if they are ready.  I still sometimes wonder if Muhammad Yunus would approve.  These girls really are the poorest of the poor, and we are trained that microfinance is not always effective with that group.  Will high school drop outs be able to run their own businesses?  We’ll find out… 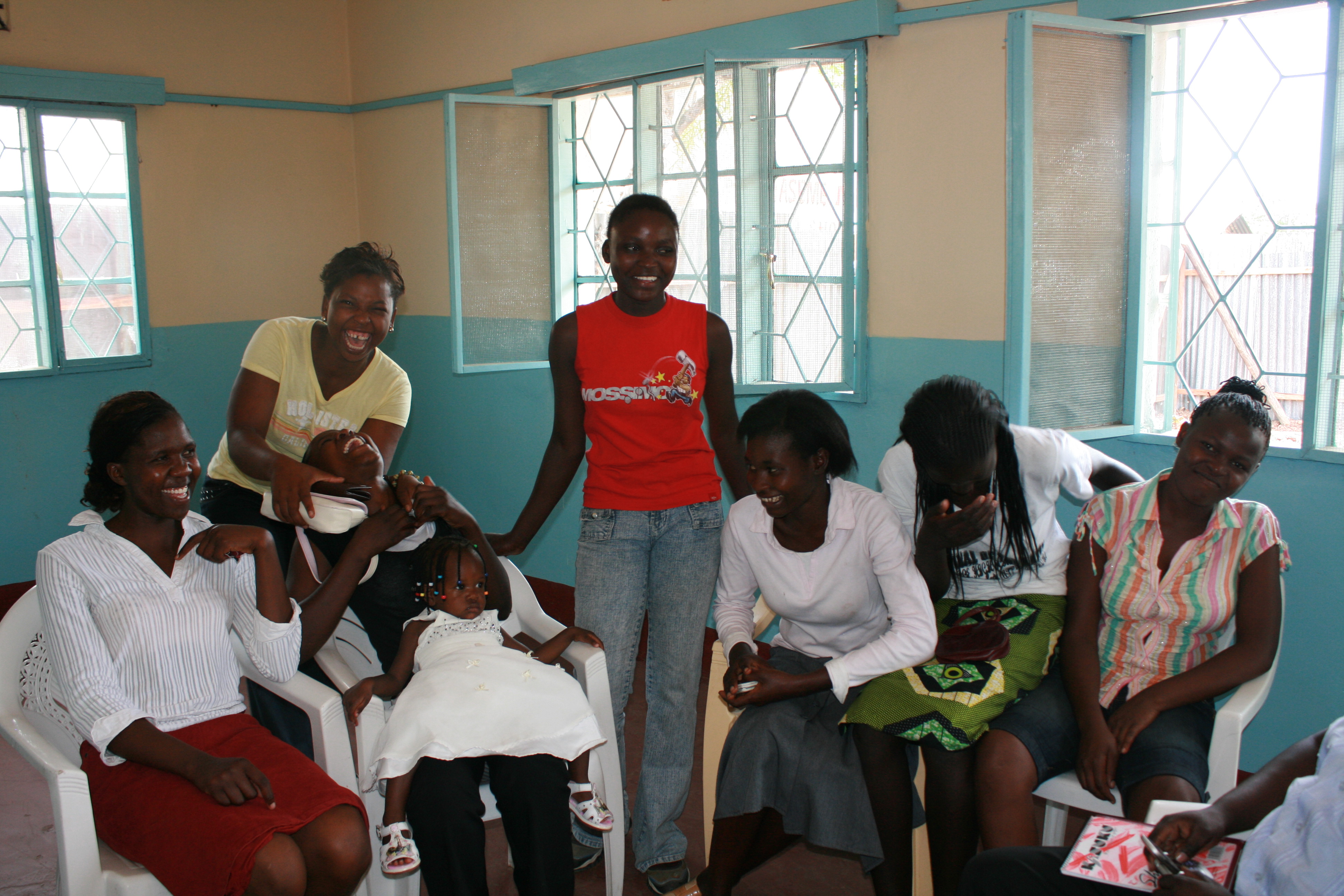 Would Muhammad Yunus lend to us?

Milena Arciszewski is a year-long Kiva Fellow.  She has been in Kenya since January 2009, helping to develop the Safe Space initiative.  She loves getting emails, and can be reached at milena.kathryn@gmail.com.