It feels like everyone went to Bali, Indonesia last year, right? Well, so did Kyle, but he’s a little different. He first went to Bali in 2004 and his experience there changed his life.

Kyle Parsons grew up in New Hampshire in the United States. Throughout college, he developed both a keen eye for fashion and an interest in recycling and environmental issues. After school, he spent 5 years working in fashion, athletic and apparel sales.

That’s where his Bali trip comes in. While he was there, Kyle bought a pair of locally-crafted sandals made from used motorbike tires that got him thinking. Upon further research, he learned that 1.5 billion tires end up in landfills every year. They take thousands of years to decompose, so they end up either polluting the environment or being burned for fuel, giving off toxic oils and fumes that are harmful to human health. 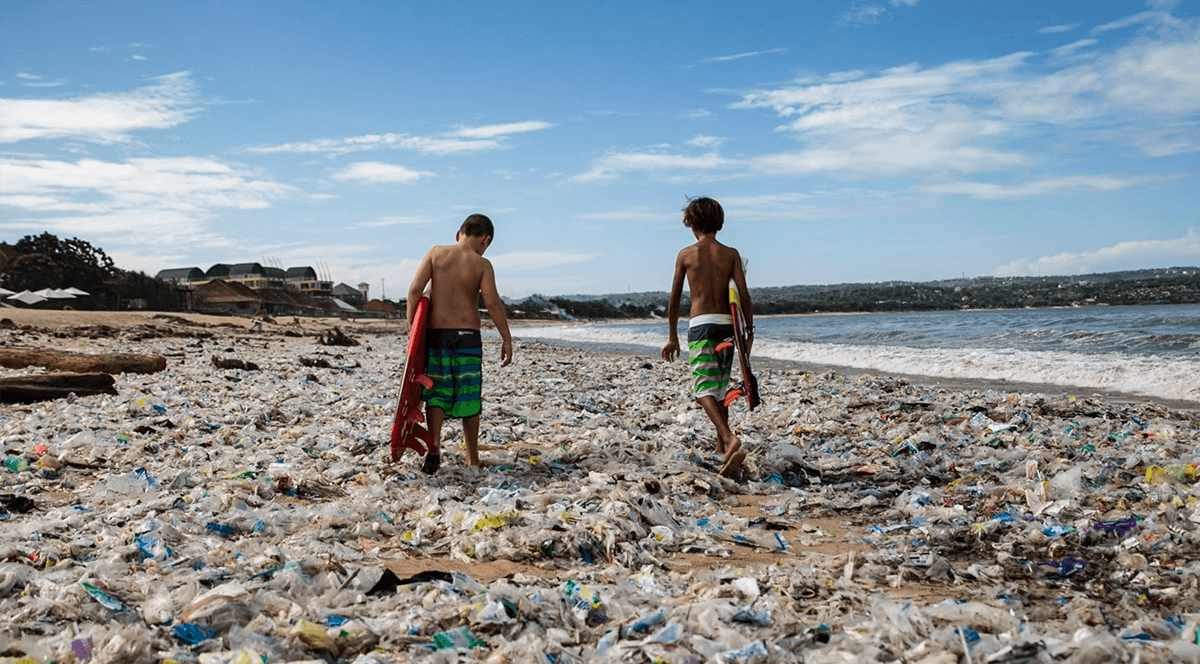 Surfers walk across a trash-covered beach in Bali. Photo by Indosole

“Through ingenuity they, like many cultures around the world, managed to turn trash into something functional and new.” Kyle says, “We are on a quest to magnify this concept.”

Kyle and his business partner Faye launched Indosole in 2009 with a mission to save 1 million tires from landfills and give them new life as footwear. 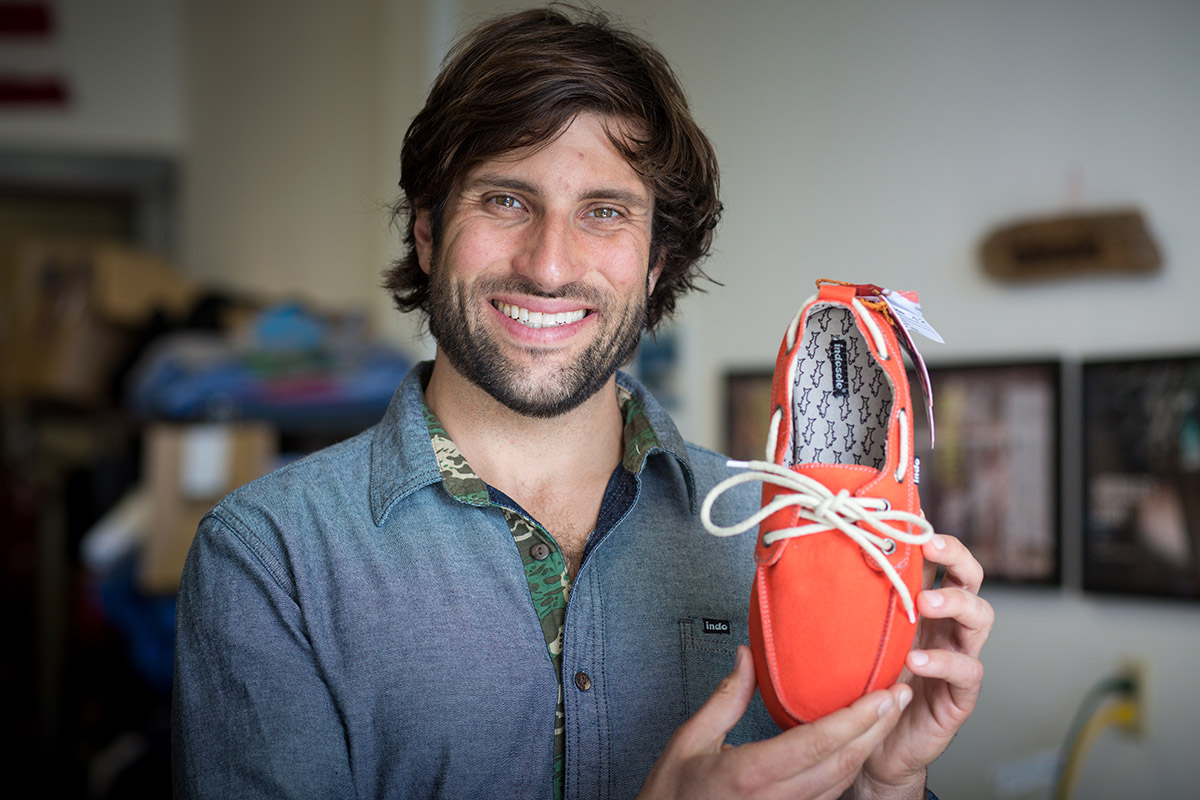 Kyle poses with his product.

Headquartered in California, Indosole collaborates with a manufacturer in Bali to intercept tires on the way to landfills all over Indonesia. The sandal soles are cut out of the tires by hand and the rest of the shoes are constructed from organic canvas, banana leaves or grass. 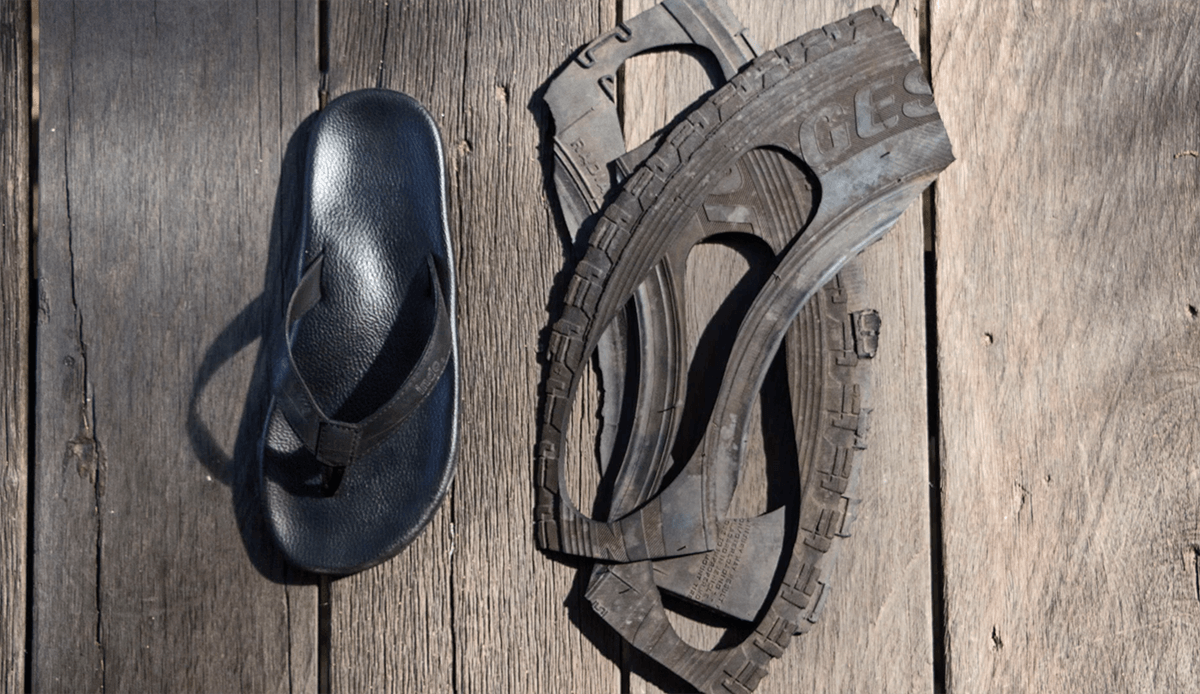 Soles of Indosole shoes are hand-cut from used tires. Photo by Indosole

Taking a look at Indosole’s loans on Kiva.org paints a picture of the company’s growth. Kyle got his first loan through Kiva’s US direct lending program for $5,000 in 2012. After successful repayments, he received another loan for $10,000.

As the company grew, it qualified for Kiva’s direct-to-social enterprise (DSE) loan program, which provides loans to small, socially-impactful companies that are often too large for microfinance but too small for traditional finance. Indosole successfully paid off loans for $30,000 and then $100,000 in 2019. 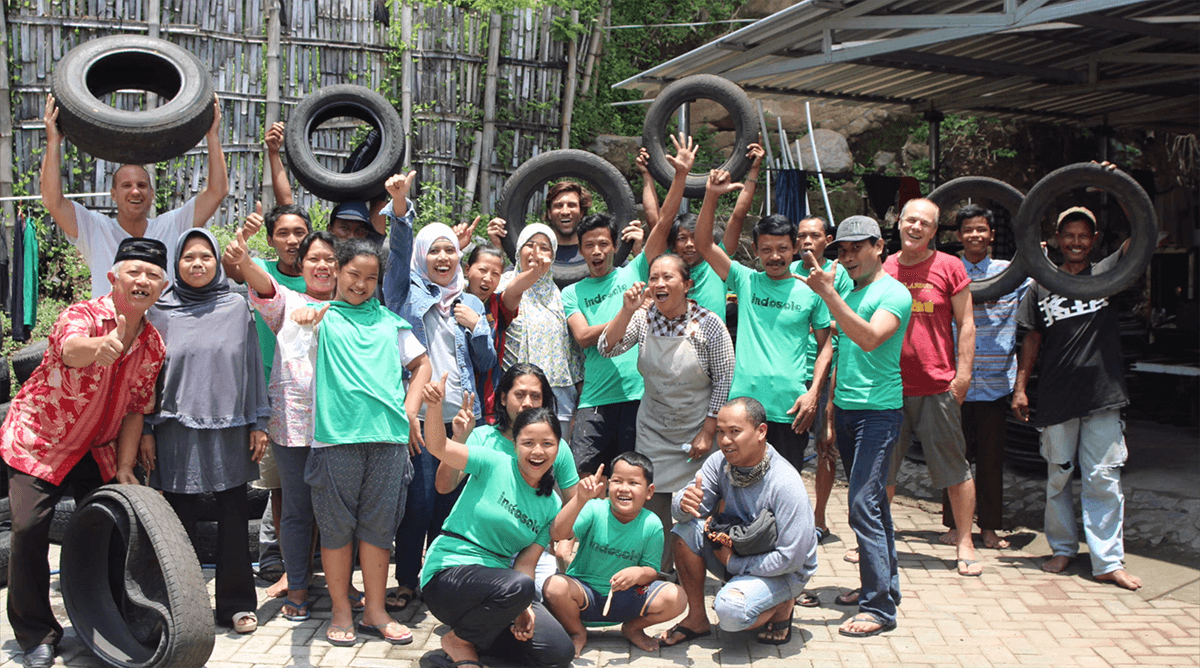 Indosole's local artisans and other community members. Photo by Indosole

Today, Indosole has saved more than 8,000 tires from landfill, sold more than 16,000 pairs of shoes and currently employs more than 40 local Balinese artisans. The company has grown to have retail locations in multiple different countries on 5 continents. We are so proud to have supported Indosole’s growth from the very beginning! Click here to check out other companies making a difference in the world through our DSE loan program. 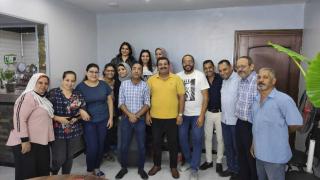 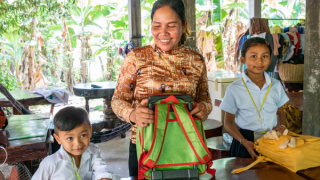 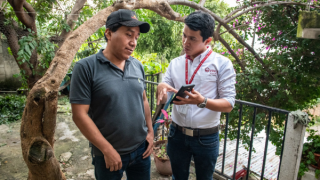