As a life-long foodie one of my burning questions before coming to Uganda was “what is the food like?” After two and half months in Kampala I’ve had my share of Ugandan food both in the city and in the village.

Sadly, I’ve discovered that seasoning or spice is non-existent in Ugandan cooking. The starch takes center stage on the plate since it is most filling. This is typically any one of the following: rice, matooke, sweet potato, or posho. 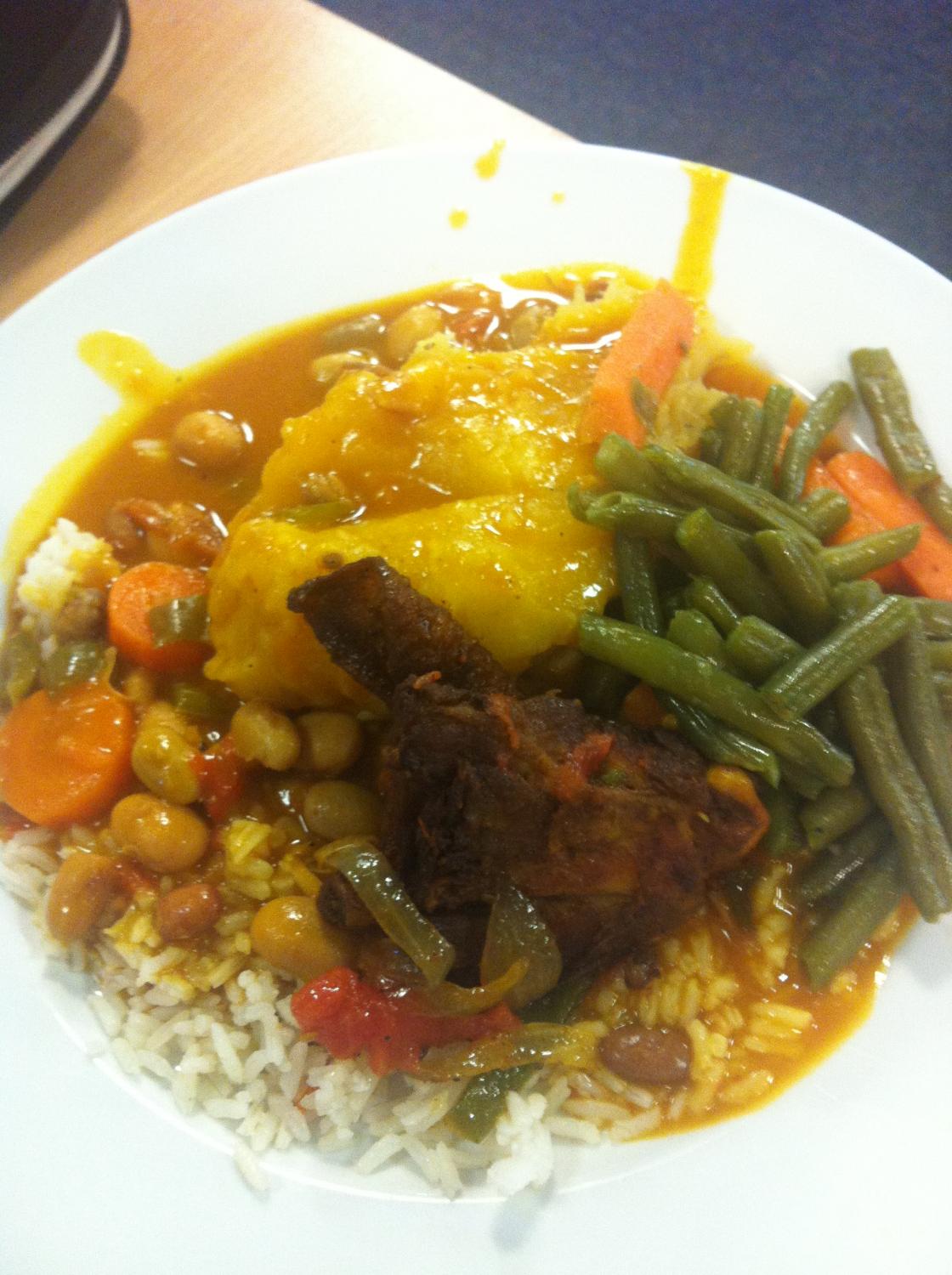 Matooke is similar to mashed potatoes but instead it is boiled and mashed plantains wrapped in banana leaf. It is everywhere and served with every meal: with eggs for breakfast, lunch, and dinner. Even though it is pretty bland-tasting on its own usually it is mixed with the “sauce” which is surprisingly pretty good and I've grown to really love it. Posho is a ground corn meal that is blended with water until it becomes a thick paste sort of like Italian polenta but not as creamy or flavorful. The sweet potato is a little more dry and hearty unlike the yam or sweet potato you think of in the United States. It’s closer to a baked Irish potato but with a slightly sweet taste. 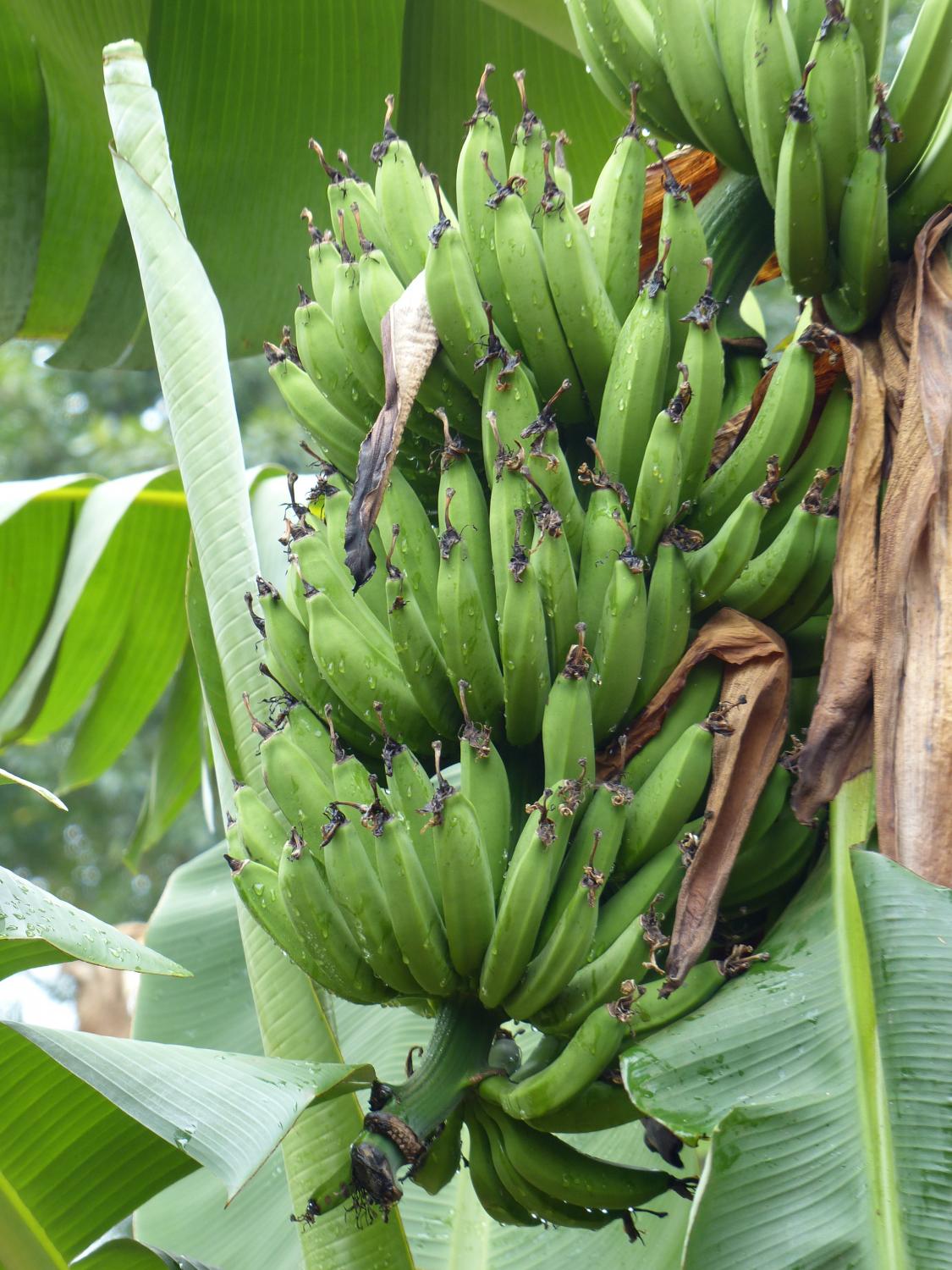 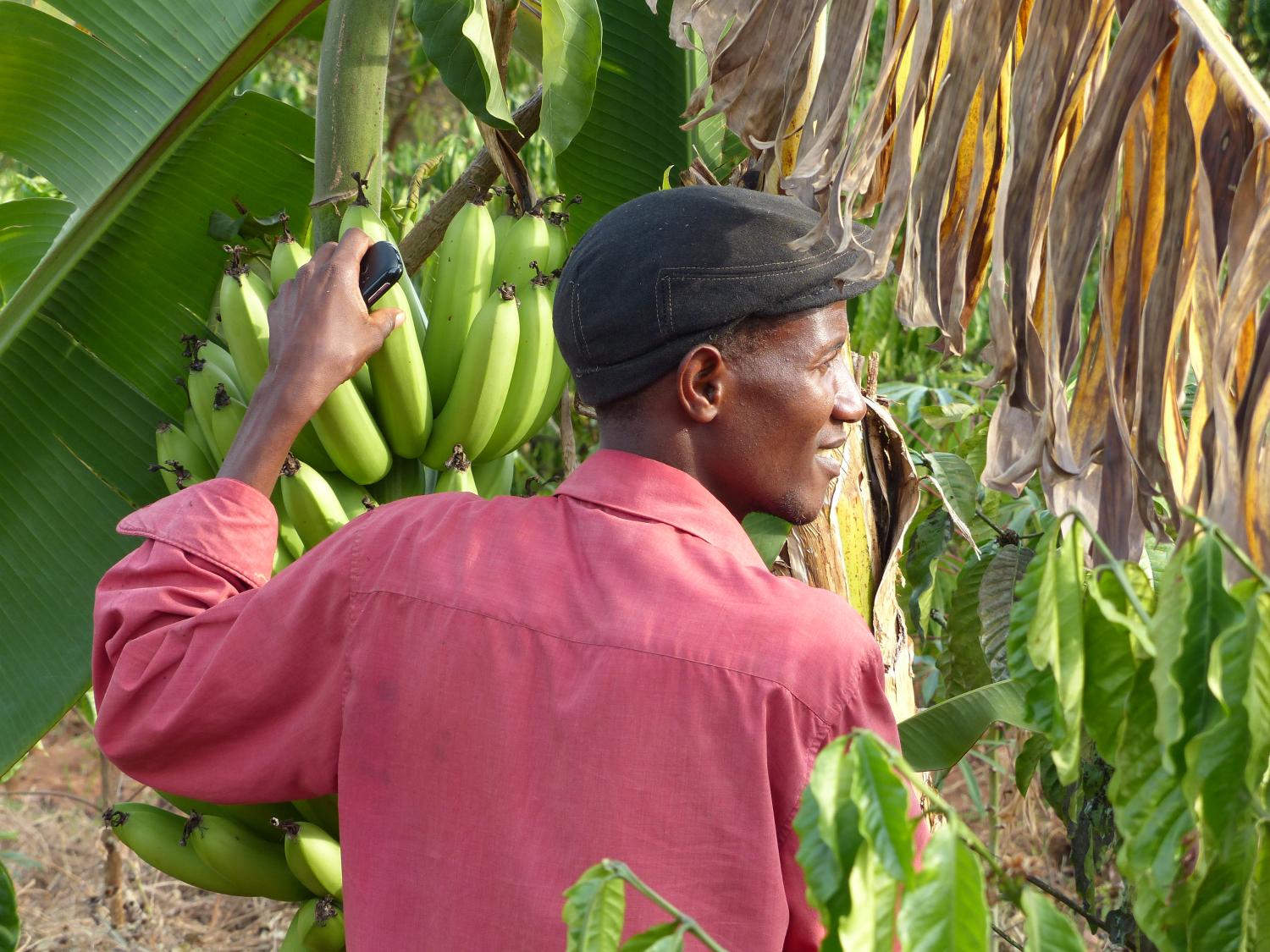 On top of the startch is the “sauce” which accompanies any meal and is poured over it like a gravy. This is usually some sort of protein like chicken, beef, goat, or fish cooked in a stew. In addition there may be “g-nut” sauce offered which is made of grinded groundnuts or peanuts. This is not nearly as thick or sweet as peanut butter but it's a similar concept.

Next is the vegetable which is usually cooked green beans and carrot or pumpkin if I’m lucky. The pumpkin is delicious and I always try to ask for extra instead of another item but I haven’t found that the concept translates. Another green option is a type of shredded and boiled tough leafy green.

The meal may be accompanied by chapatti or a thick dough made from millet grain crushed and mixed with water. This is similar to posho but it has a thicker consistency and can be dipped in the sauce. Dessert is usually fruit such as sweet banana, pineapple, papaya, mango or watermelon.

Snacks in Uganda are mostly g-nuts, small sweet bananas, or chapatti. Also popular is raw sugar cane, sliced off the branch and chewed, or fried cassava which is cut into large sections and tastes like a giant starchy French fry. 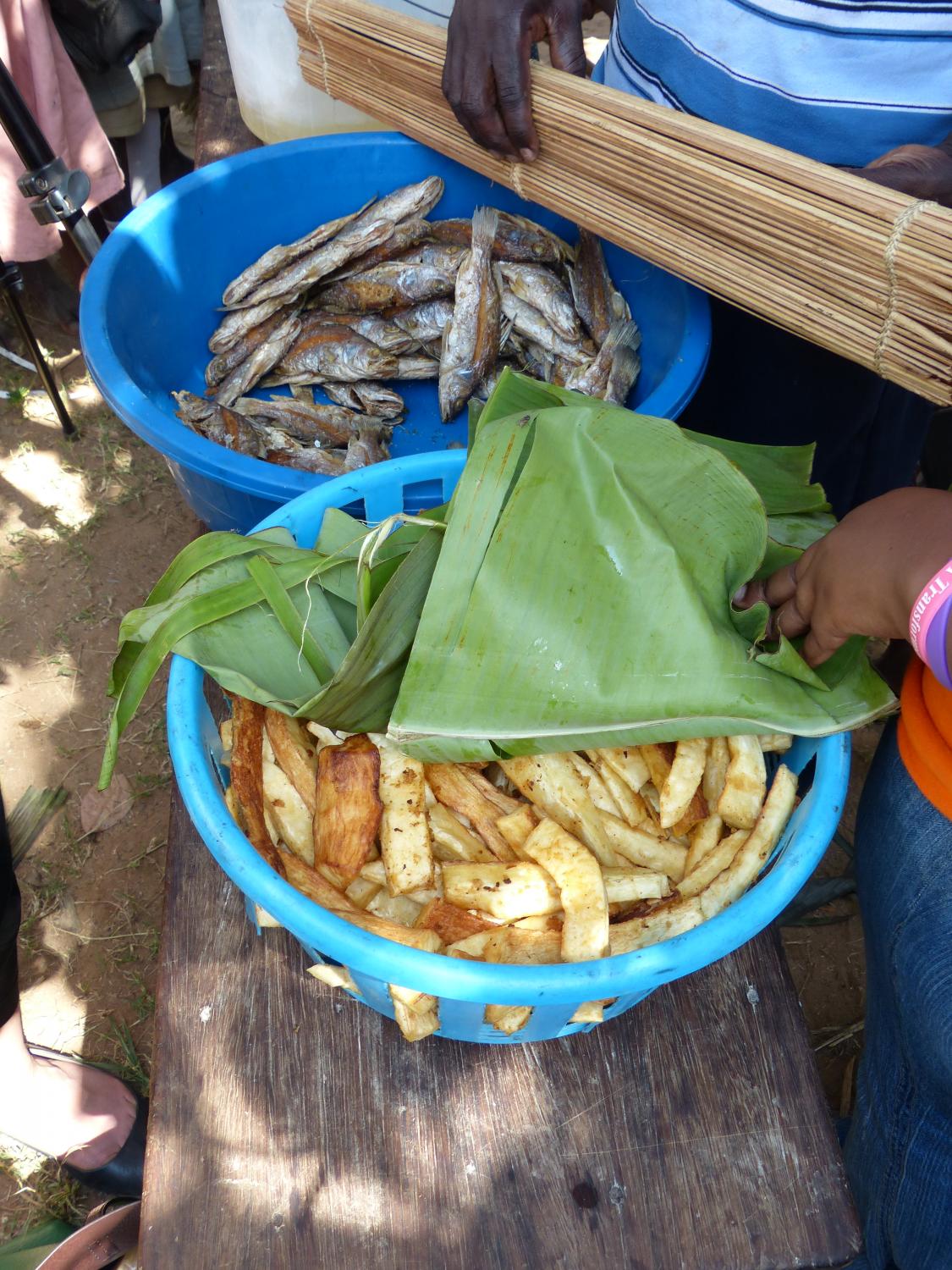 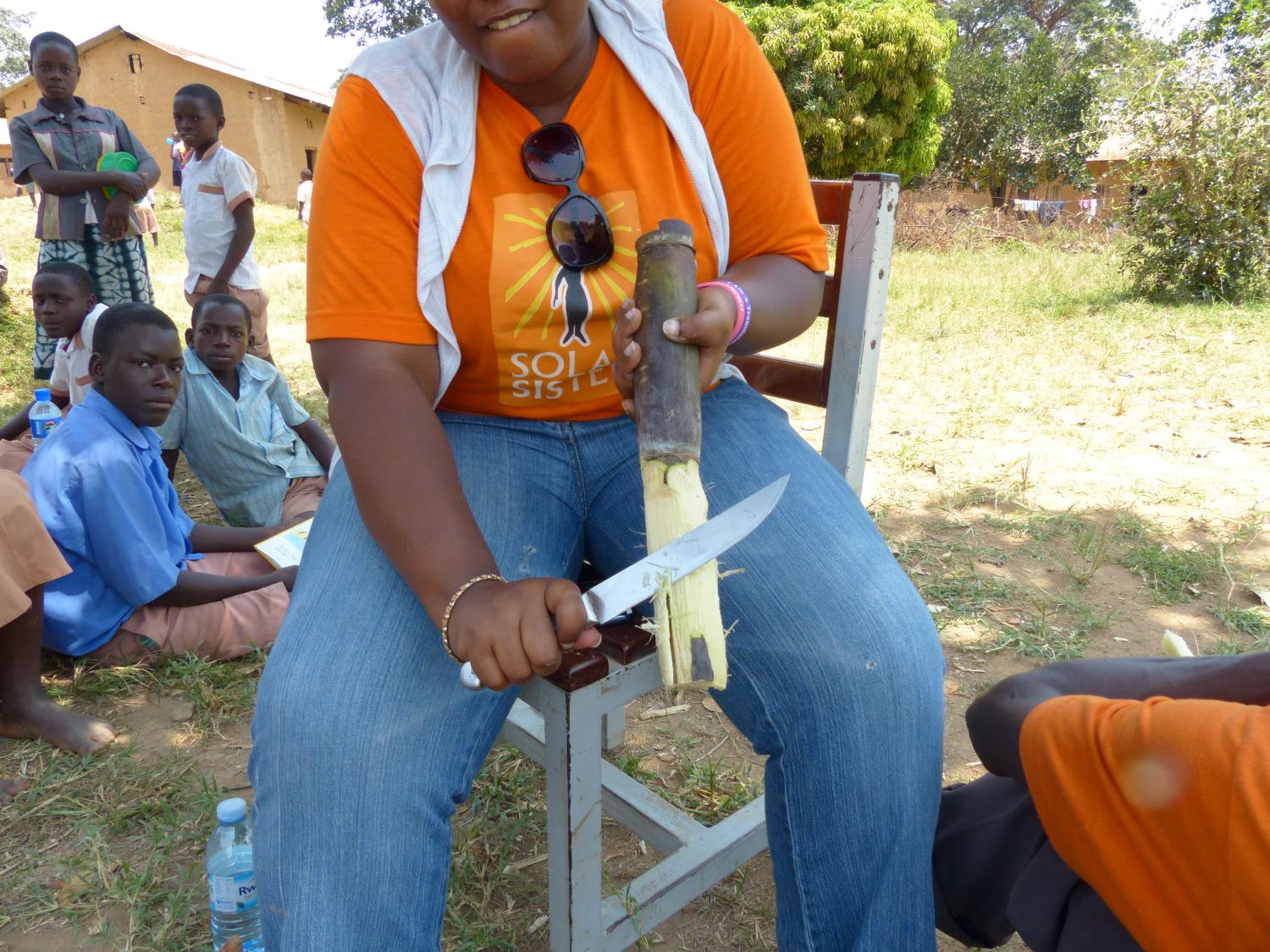 sugar cane
Last but not least is the humble rolex. There are vendors all over the city and they are to Kampala what the beloved hot dog vendor is to New York City. A rolex is slang for “rolled eggs” and is basically an omelet rolled in a chapatti sometimes with onions, peppers, and/or tomato. The vendors have small wooden stands with a box of chapatti and a hot metal slab that they cook the eggs on. Once the omelet is cooked it is wrapped in the chapatti and placed in a plastic bag. You can see vendors teeming with people during the early morning hours on the way home from a long night out at the bars. 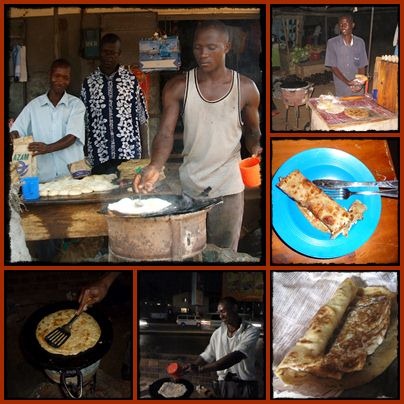