More than micro CREDIT to the CO’s

By design, Microfinance is not sustainable without the dedication of hundreds of thousands of Credit Officers (CO’s) working for Microfinance Institutions (MFI’s) around the world. The Kiva online person-to -person (P2P) lending platform only works because CO’s employed by the 95 Kiva Field Partners in 44 countries are out visiting clients, taking pictures and writing business profiles for our website in addition to their regular loan disbursements and repayment collections. My job as a Kiva Fellow at AMK in Cambodia also relies heavily on the CO’s who bring me out to the field so that I can interview Kiva entrepreneurs and create journal updates that get sent to Kiva Lenders around the world. 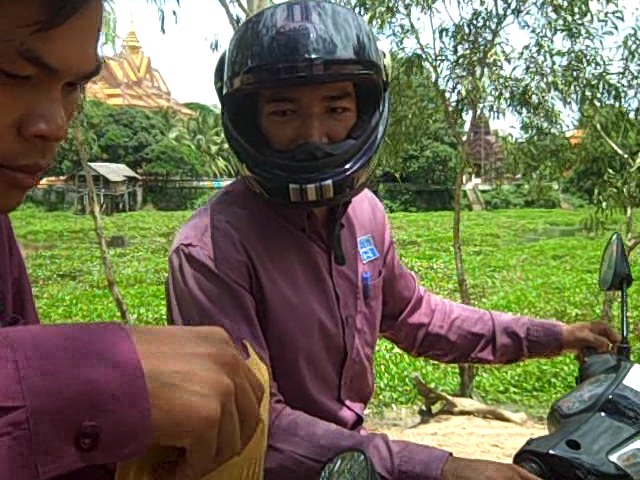 A few things to point out: 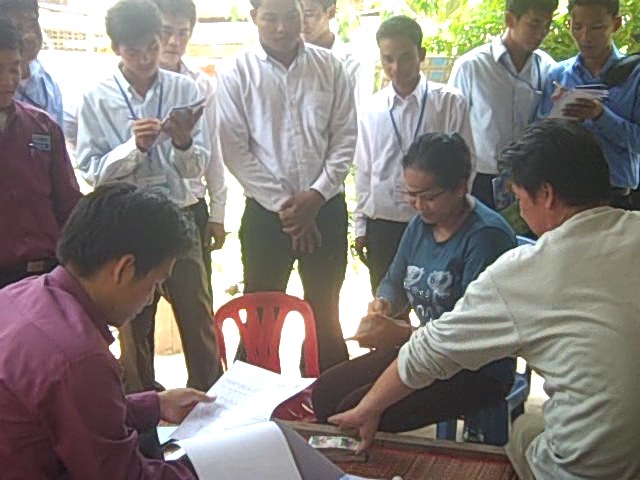 So how does one become a CO? While I was out in the field visiting Kiva entrepreneurs in Kandal Province a few weeks ago I came across a group of AMK CO’s in training as they were observing loan disbursements and repayments. I was able to talk to the training instructor and ask a few of the trainees about the process.

Despite knowing all of this, I gained an even greater appreciation for CO’s last week while attempting to visit Kiva entrepreneurs in Kandal Province. AMK Kiva Coordinator extraordinaire, Sopanith Hay, and I decided that it might be more efficient to try and find some entrepreneurs on our own rather than tagging along with an AMK CO who was collecting repayments from non-Kiva AMK borrowers in the same area. Not the brightest idea we have ever had…

And that is 5 minutes of footage boiled down from our 3 hour mis-adventure.  A slightly humorous (I hope) reminder that the implementation of the “developed world’s” idea of microfinance really rests in the hands of the citizens of the villages, provinces, towns, and cities where microcredit is extended. I am just giving credit where credit is due (pun intended). Cheers to the CO’s!

Katie Davis has been working as a Kiva Fellow (KF7) at AMK in Cambodia for the past 4 months. Katie is wrapping up her role as a fellow and is staying on with AMK on an interim basis to help start an exciting new unit within the bank focused on serving vulnerable groups.