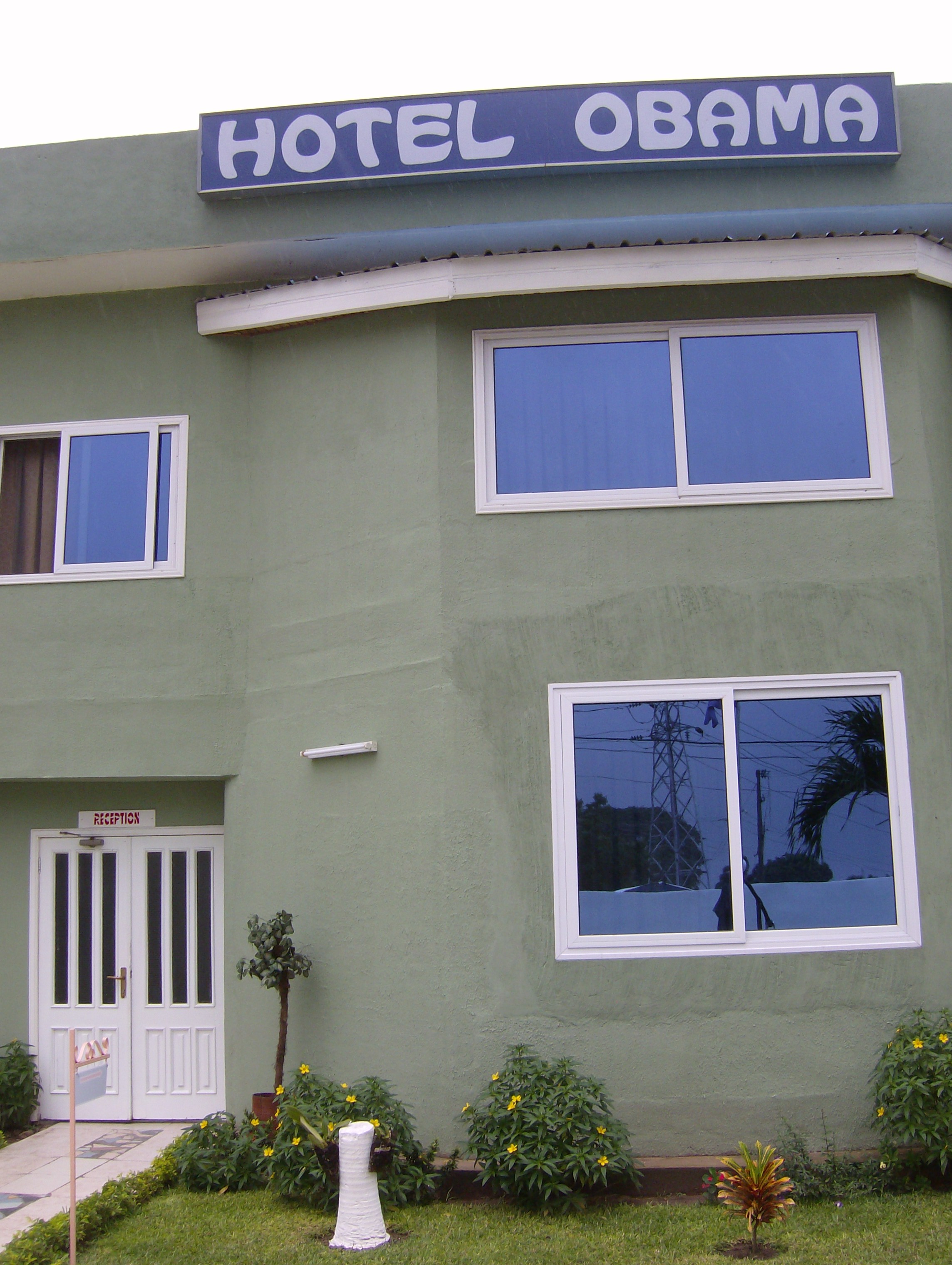 I knew President Obama was going to visit Ghana even before I came here, and was excited to think that perhaps on some off-chance I might meet him.  Ha!  After completing my first placement as a Kiva Fellow in the regional capital of Kumasi, I arrived in the country’s capital, Accra, on July 8th, and Obama arrived the next day on July 9th.  I went to several hotels and all were fully booked.  My taxi driver suggested a new hotel called, (guess what!)  Hotel Obama!  Only in Africa!  It was actually a very cool hotel owned by a Ghanaian family who had lived in New Jersey for some years, and had returned to start up this hotel.  Each room was named for someone.  There was, of course, the Barack Obama suite, the Michelle Obama room next door to it, and the Joe Biden room across from it.  I stayed in the Coretta Scott King room that was right next to the Martin Luther King room.  There was beautiful African art work on the walls and there was a good restaurant attached.  And, I was definitely in good company!  It rained hard that next day, and I didn’t even know Obama’s schedule, so I went about my business in the capital city of Accra, including buying my bus ticket for Cape Coast, where my second Kiva placement would begin the following Monday.

The next day I left for Cape Coast.  Obama was to arrive in Cape Coast by helicopter on the 11th.  I wasn’t prepared for the level of Ghanaian excitement about this, but honestly, Ghanaians are every bit as excited about Obama, or maybe more, than Americans are!  All the TV and radio stations were talking about Obama, kind of like American TV was talking about, dare I say it, Michael Jackson, or Hurricaine Katrina.  There were hawkers on every street corner in both Accra and Cape Coast, selling Obama buttons and t-shirts and American flags with Obama’s face on them!  Banners and billboards in both Accra and Cape Coast showed pictures of Obama and John Atta Mills, Ghana’s president, side by side, with captions reading “Partnership for Change”.  Others read, “Akwaaba (welcome) Barack and Michelle” with pictures of Barack and Michelle together.  Almost all the hotels in Cape Coast were booked that first night, and I had to stay in a place that was pretty low-end.  (Brownish water trickling out of taps, smelly pillows, a dark walk up through mud and between crumbling houses to get there at night…the whole bit.)  I got up early and made a concerted effort to find another hotel, but getting around the city was made extremely difficult by the hordes of people who had arrived to see Obama.  There were many Ghanaians from all over the country, and I also met many westerners who had come from many different countries in Africa for the sole purpose of seeing Obama!  Add to that a huge (HUGE!) and slightly aggressive police presence and blocked roads everywhere you turned.  I finally found a room in a better place and when I tried to go back to the first hotel to retrieve my luggage I had to bribe the policeman to let my taxi through to get my bags!  He repeatedly shouted, “No! Go Back!  Go back!”, and when I finally imagined I would have to do just that, the light bulb clicked, and I pulled out some cedis (Ghanaian currency), which he grabbed from my hands and then went to move the road barrier!  After I finally settled into the new hotel, I had had enough of crowds for the day.  The folks working at the hotel seemed somewhat disturbed that I wasn’t going out to see my president.  They would have jumped at the chance were they not working.  I saw his speech on TV, and watched from the hotel’s front steps as the helicopter flew away.  At the end of his speech, (which I watched with many Ghanaians in the hotel lobby) when Obama said “madasi” which means thank you in Twi, the Ghanaians positively roared with appreciative exclamations and big smiles!  They LOVE him!  There was such an air of excitement in the town for the whole weekend!   Obama was definitely the talk of the town, and I felt glad to be there and glad to feel hope, as much of the rest of the world is feeling, that Obama will truly herald in a positive change in the way that the USA interacts with the rest of the world, and especially with the way that it interacts with developing countries who are so affected by US foreign policy.

In his speech at Cape Coast, Obama urged young Ghanaians to be the drivers of their country’s development.  Obama seems to understand development like no previous US president that I can remember.  Perhaps this is due to the fact that his mother worked for many years with the Ford Foundation, in the area of microfinance to be specific, and she herself understood the challenges and the consequences of foreign policy on development, and on real people.   It is surely due, in part, to Obama’s own life experience, spending part of his formative years in Indonesia, as a witness to poverty and suffering there.  As I watched his speech, I felt again as I had during his innaugural speech, that I was witnessing an important moment in history, one that future generations of Ghanaians, and maybe Africans in general, would refer to as the beginning of the new era.  How that era will be defined remains to be seen.  We are definitely seeing a new attitude towards the rest of the world in comparison to that of the last administration.  Obama openly acknowledged the importance of US support for development in his inaugural speech when he said, “To the people of poor nations, we pledge to work alongside you to make your farms flourish and let clean waters flow; to nourish starved bodies and feed hungry minds.”

Yes, I feel like Michelle Obama, and I don’t apologize for it, when I say that finally, for the first time that I can remember, I feel proud to be American.  But moreover, I feel proud to be a global citizen, and that is where my primary allegiance lies, with those in the world who work for, and believe in, global solidarity, peace and a committment to alleviating poverty and increasing equality therein. 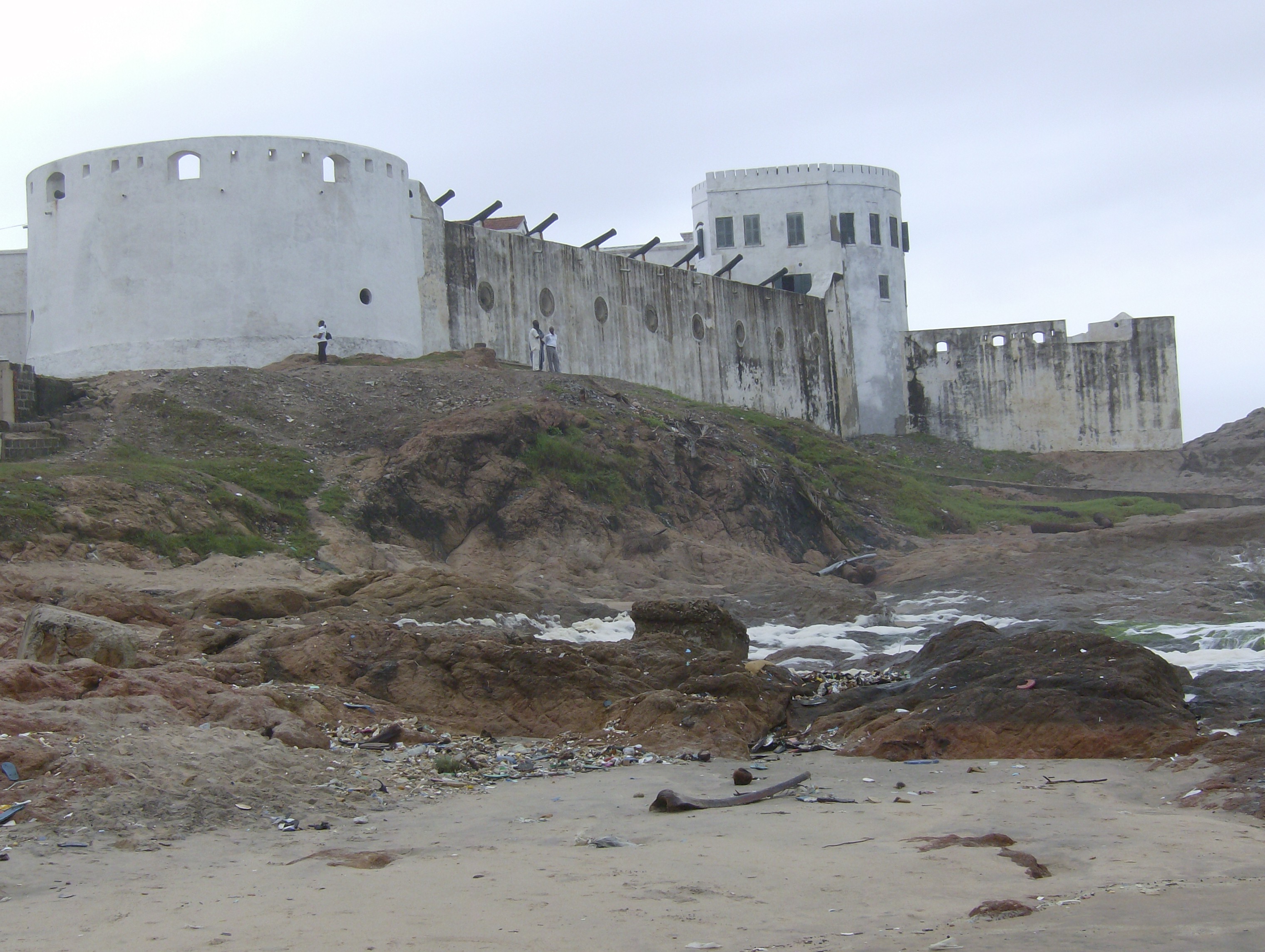