I’m one of the few Fellows that has been able to cheat and head home mid-fellowship. I’ve got a good excuse though – I’ve been invited to explore the grad schools to which I’ve been admitted. Yesterday, however, as I waited 20 minutes for a bus down 16th St NW in Washington DC, I used my free time to contemplate the many differences in public transportation norms between US cities and Santo Domingo. So after listing the many options for public transportation in Santo Domingo, I’ll finish with the conclusion of yesterday’s contemplative exercise.

Here is how people get around Santo Domingo without a car:

1) Carro Público. Shared taxi. Here’s how it works: Look for the most beat-up car around, stuff four people into the back seats and two into shotgun (we’re not talking Cadillac-style three-seater front seats, btw) and you’ve got a full carro público. They drive back and forth along Santo Domingo’s busiest streets and will drop you off anywhere you’d like.

Cons: Discomfort; Likelihood of the car breaking down before you reach your destination; the constant beeping and whistling to attract passengers makes for very loud streets

Carros Públicos are my personal favorite way to get around town. They’re quick (due mostly to the craziness of the drivers) and almost always involve some sort of adventure. As I mentioned above, they aren’t “full” until they have six passengers, and will often wait at the first stop until they get a sixth passenger, or until a passenger offers to pay for two spots. If there isn’t traffic, you can easily get across town in ten minutes, and you’re generally forced to make friends with the person sitting next to/on top of you.

2) Motochoncho. This is pretty simple. Enterprising gentlemen with motorcycles and scooters let you take the back seat and they’ll drive you to wherever you’re going.

In smaller towns in the DR, motoconchos are the only option for public transportation. Nonetheless, many “Capitaleños” choose to test fate by crossing town along the congested arterial roads of Santo Domingo on the back of a stranger’s motorcycle. I guess the door-to-door service is appealing. Anyway, I’ve taken many motoconchos but refuse to do so in Santo Domingo…

3) Guagua. The DR’s take on buses. They stop wherever you’d like to get on or off. A guy in the doorway (“el cobrador”) shouts the guagua’s destinations rather unintelligibly, and if you’re lucky they might even have a sign that says where they’re going. When the bus is stuck at a red light, the cobrador will walk around to convince prospective passengers to board his bus.

Pros: Arguably the most interesting, interactive method of public transportation in the DR

Guaguas are a unique and important option for exploring the city. Cobradores are always very talkative, sometimes positively and sometimes negatively. Guaguas are often the only option to get from one town to another, however, they can be incredibly slow. If not full, guaguas will often drive at a snail’s pace hoping to pick up more passengers, which can double the length of a trip. I hate to be negative, but I’ve been “burned” one too many times by guaguas.

4) OMSA Bus. Sometimes also referred to as guaguas, these buses are the closest option to an Western-style urban bus system around.

These don’t require much explanation; they’re government subsidized buses that get verrrrry crowded and take passengers on established routes, mostly along arterial roads.

5) Metro. Yes, there’s an underground metro system in Santo Domingo and it’s quite nice. So far they only have one line, but they’re close to opening a second line and have something like 5 additional lines planned. Yeah right, Santo Domingo, yeah right. 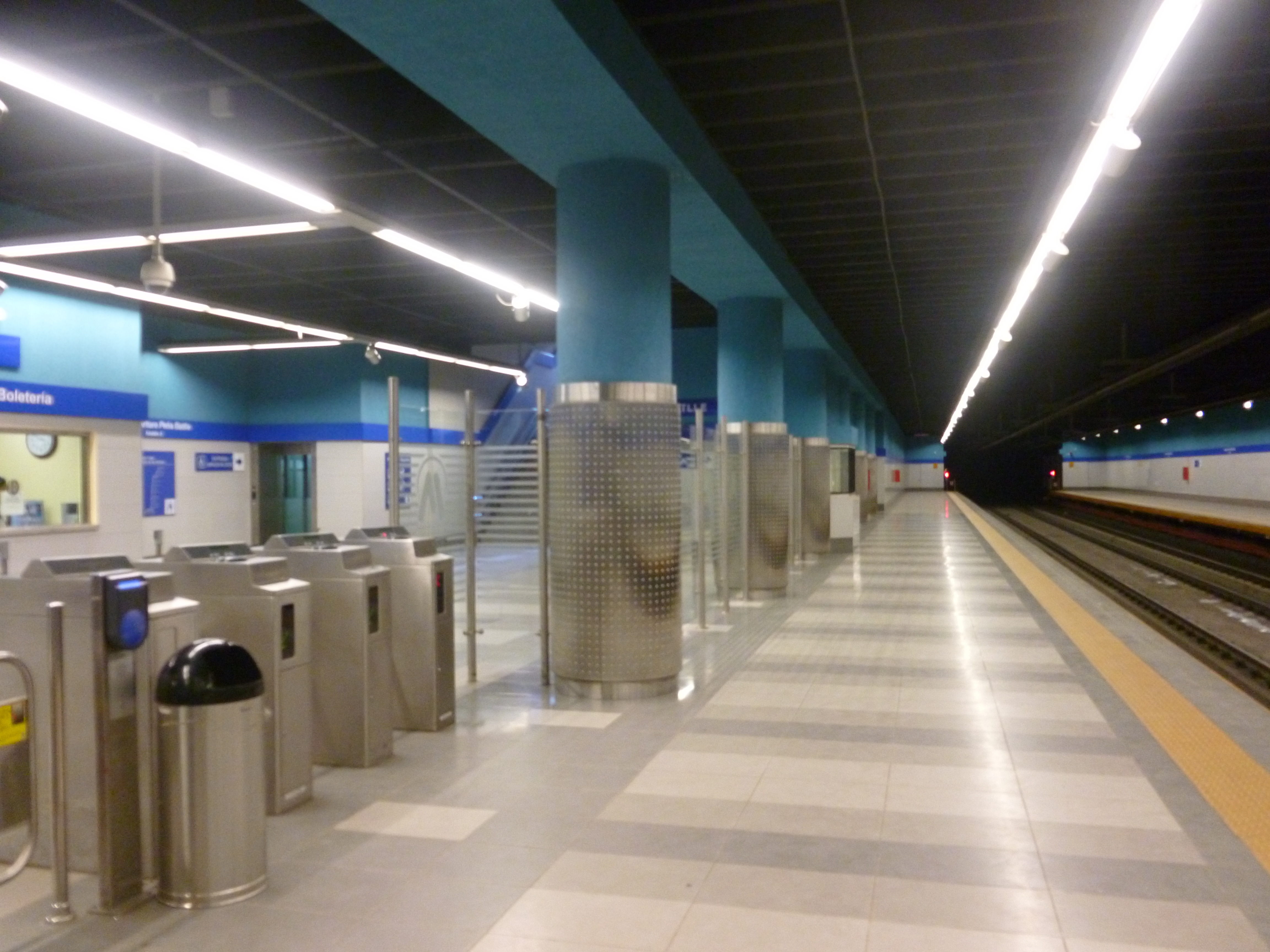 Cons: Lack of Service, Slower than other options in low-traffic times of day

It’ll be a long time before the metro becomes a sufficient form of public transportation in and of itself; it’s only useful for certain combinations of point A and point B. Its construction was, and continues to be, controversial due to its high cost and the number of other basic services that are unreliable in the DR (specifically, energy infrastructure.) Nonetheless, traffic in the Capital is a serious problem, and I suppose that’s what the government is working to alleviate with the metro.

So hats off to you, Santo Domingo, for supporting a cheap, efficient system that services all corners of the city, and that employs thousands of carro público and guagua drivers, cobradores and motoconchistas.

David Gorgani is a Kiva Fellow serving in the Dominican Republic, helping ASPIRE get started as a Kiva Field Partner, helping Esperanza International with borrower verifications, and attempting to learn salsa and merengue on the side.