Christmas kicks off a serious week of celebration for Senegal’s Christian minority. Dispersed families unite, meaning a series of sept-place, clando and bus rides from the capital. Like in many parts of the world, roasted chicken (or turkey) is an important part of the Christmas menu here. The bird is carefully prepared, and cooked to tender perfection. Chicken is not an everyday treat for most of Senegal. Indeed, it is quite a luxury item. But why is this so? And can this tell us something about the country’s future? 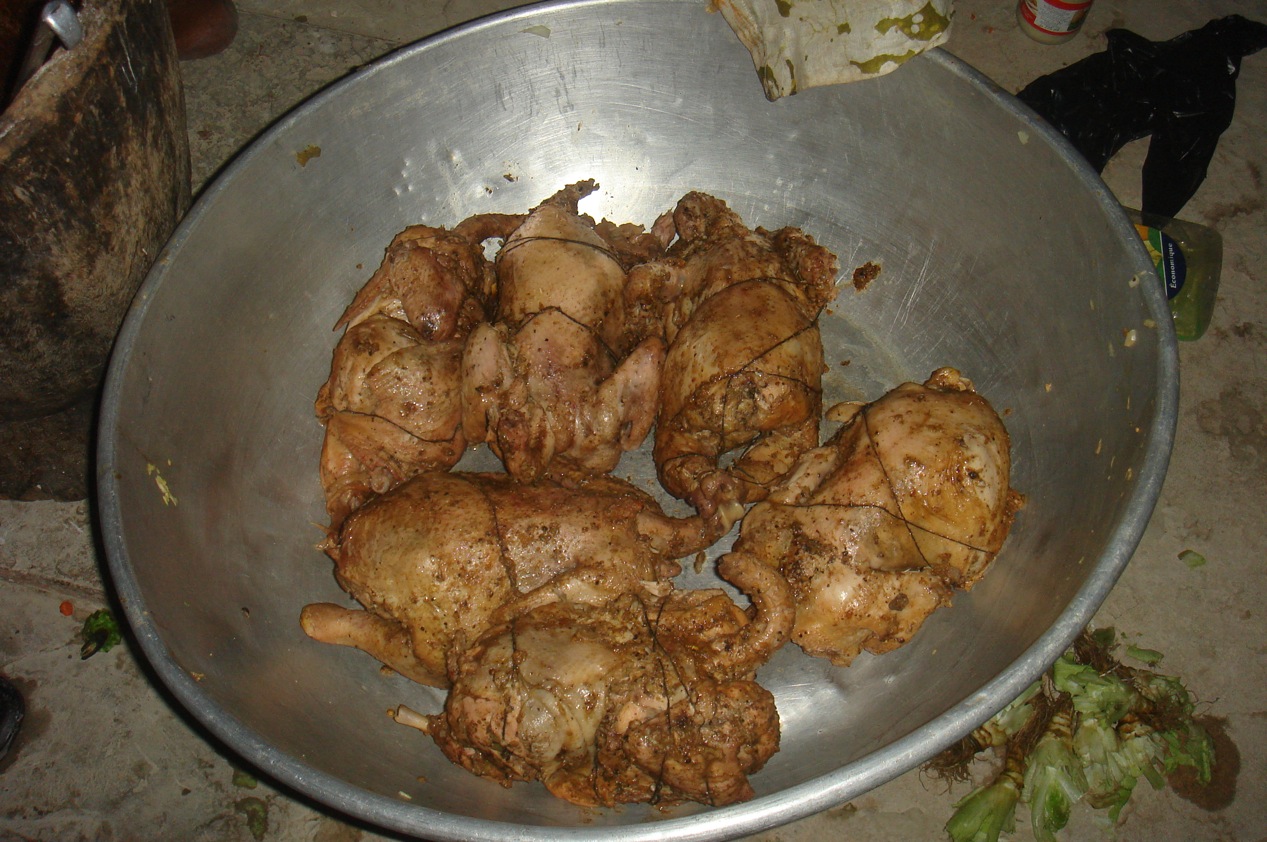 A Holiday luxury - but hopefully not forever

Out of interest, I had conducted an informal poll among my colleagues and friends on the best invest opportunities available in Senegal. It was refreshing to hear investments which involved tangible and very real activities – not some esoteric derivative or CDO. Indeed, raising chickens was the most consistent answer. Again very different from the U.S. where chicken farmers will tell you it’s a tough business to make money in (excellent documentary Food Inc.). Indeed, the regional director of my MFI told me he would easily make triple his salary if he went full-time into the chicken business. Crunching the numbers reveals quite an amazing opportunity: starting out with 250,000 FCFA (about $500) in capital and a spare room or enclosure, one could invest in 200 chicks.  The numbers:

Of course, there are risks to consider: disease, hungry cats and theft are real concerns. An amateur can easily have his whole flock wiped out by bacteria he carries in on the sole of his shoe. However, managing a flock in the low hundreds is not rocket science, and the risks are by no means astronomical. Even as a secondary activity (selling to an intermediary) and keeping production at 200 chickens, one can have an annual profit margin of 200% with a minimal amount of time invested.

Economics 101 (aka common sense for the ostentatious) would suggest that such a profitable activity would soon be flooded with aspiring poultry entrepeneurs, causing the market price of chicken to drop dramatically. In economic jargon, with an increase in supply, the equilibrium price would adjust downward, along with the returns to the chicken farmer and vendor. However, the market price seems to stick around 2500 FCFA. Indeed, my colleagues told me demand is almost always greater than the supply.

So why aren’t people rushing into the poultry business if clearly there are large profits to be had? Is it that the average Senegalese simply doesn’t know about the profitability? Tough to believe, as everyone I talked with, from the day laborers to the senior bank management, knew it was very profitable. Is the barrier the inadequate access to investment capital? The chicken business (as the numbers show) doesn’t require a great deal of cash upfront and, thanks in large part to micro-finance, credit is available. I think the more critical barrier is a strong aversion to perceived risk. As one of my colleagues explained, a Senegalese graduate prefers a desk-job with a monthly salary to being in business for himself.

Whatever the reason, the worrying point is that these elephantine margins exists, especially given that this is by no means a secret. If the market does not adjust to clear signals, such as a profit margin of 200% – 500% in a sector which requires little capital investment, there is a critical economic dynamism missing. The global economy is ten fold fiercer with margins one hundred times smaller. In the global markets, economic opportunities aren’t served on a silver platter.

Fortunately, there are some who are responding to the tea leaves (or chicken bones). My colleague, Omar, a guard with my MFI, was financed yesterday for a 50,000 FCFA loan to buy a few dozen chicks. 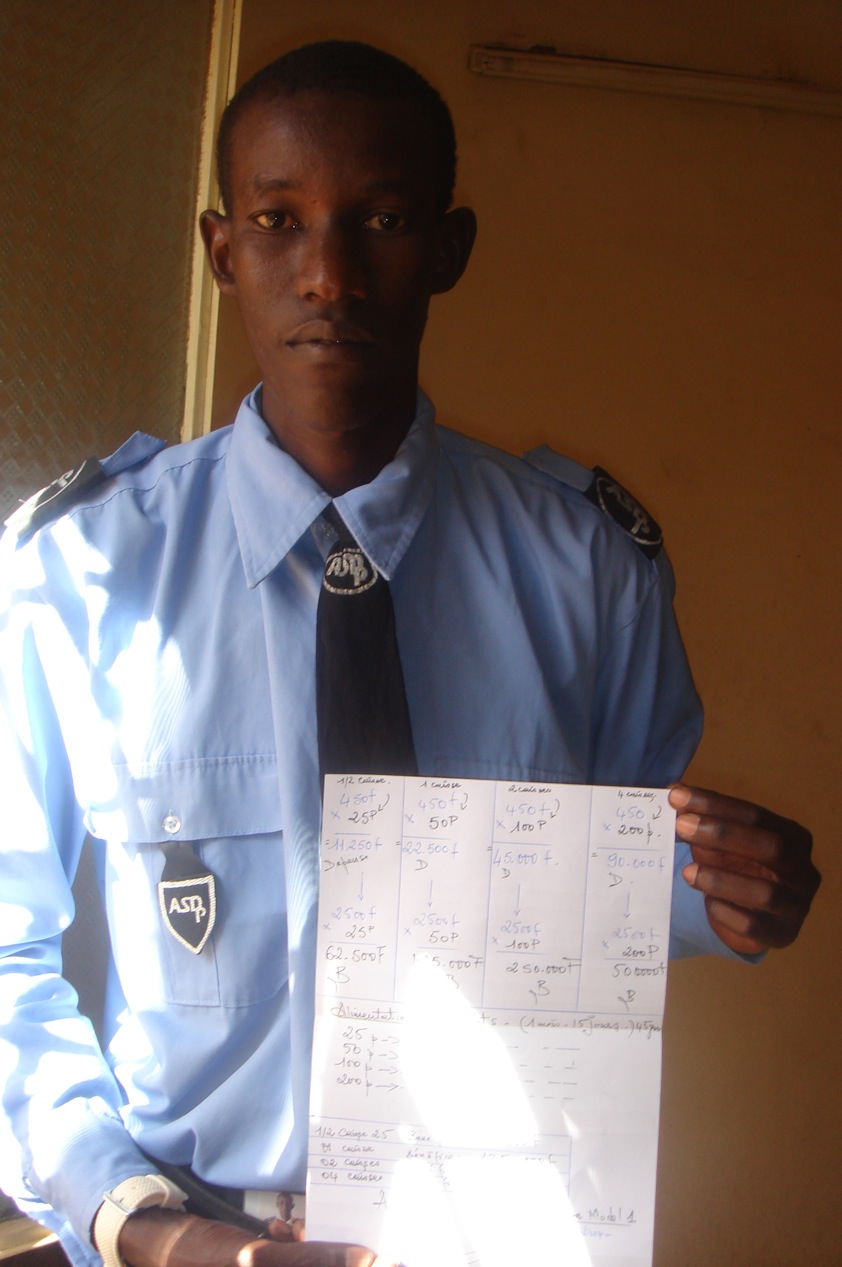 Omar - the man with the (poultry) plan