Regina's store in Oakland is a sanctuary for trafficking survivors 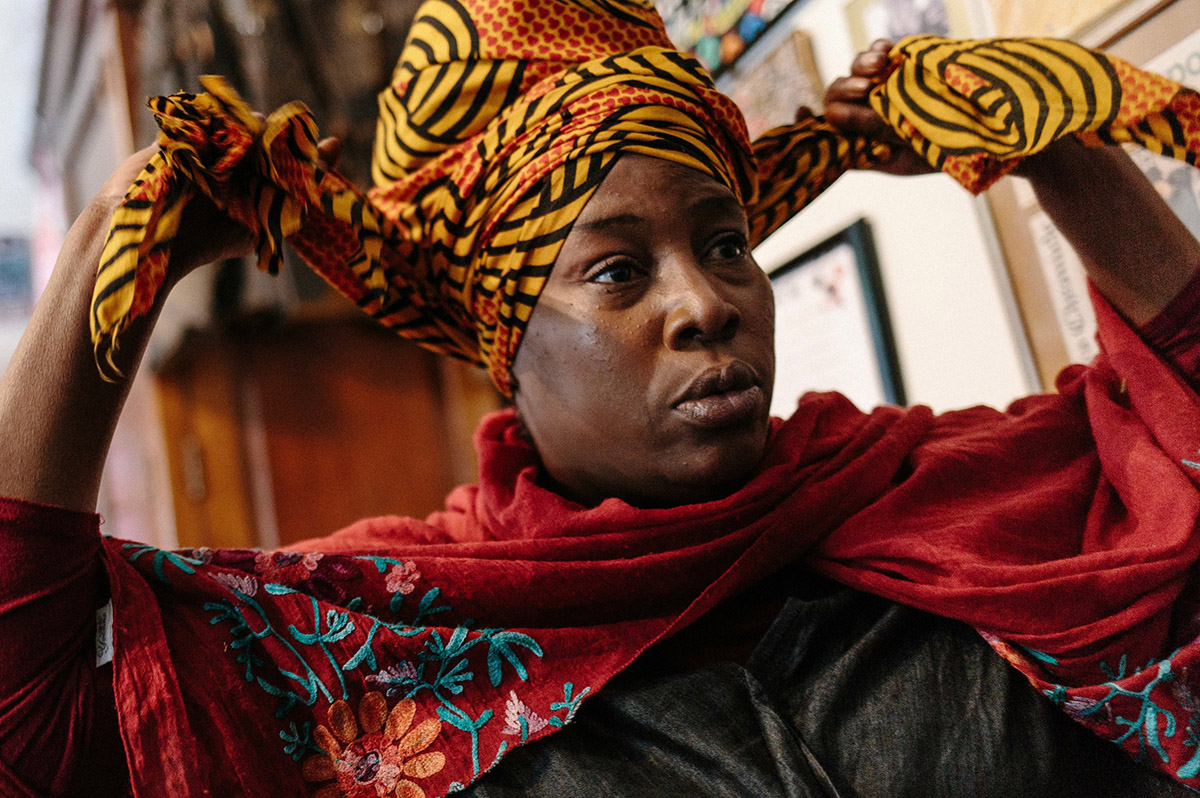 “To love in a manner that’s unhindered, that’s not wrapped in fear, that’s visionary and sacred,” Regina Evans says, describing her vision for her role in the world.

Regina is a healer and an advocate, an artist and a pillar in her community in Oakland, Calif.

She considers theater and her apparel store, Regina’s Door, her media, and the way she can fulfill her purpose of love and social justice.

The walls of Regina's Door are lined with a collection of vintage dresses and clothing curated by Regina herself. The same walls have also borne witness to countless community events, theater productions and healing programs.

As a survivor of human trafficking, Regina leverages her store to create a sanctuary for other survivors, as well as artists, youth and community members. 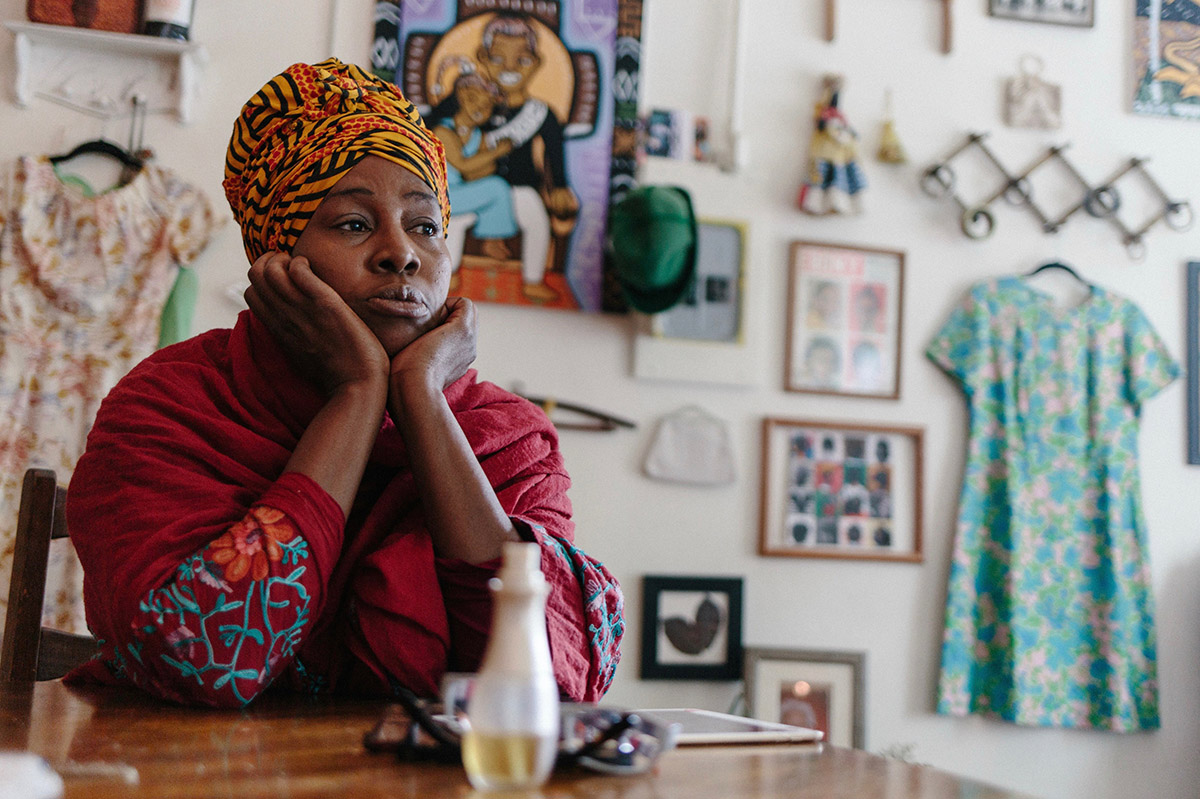 From a homeless woman needing a place to rest to kids coming in to have a jam session, no one day at the store is the same, she says.

The one thing that does remain the same is Regina’s commitment to educating anyone who walks through her door.

“I engage everybody about the fight against trafficking. You walk in my door, I’m going to at least say something,” she says. “I do recognize that not everybody wants to be inundated with a long conversation, or anything at all, but I have different levels of engaging people on it, and the least that I do is give them a little card that has information on it.”

In the past, Regina has hired survivors of trafficking, and put on in-store programming for survivors including healing circles, improv, spoken word and poetry.

Now, she serves as a mentor facilitating enriching experiences for survivors, like visiting museums or connecting with people in different professions.

The maestro at the Oakland Symphony even extended an open invitation for Regina to bring people to the symphony whenever she pleases.

“They need to know what to hope for, so you have to have experiential learning. You have to show people different things,” Regina says.

Although Regina’s Door is now a thriving creative arts healing zone – headquarters to Regina’s social justice efforts and winner of the Oakland Indie Award for Social Changemaker in 2015 – the store had a rocky start.

When Regina’s doors first swung open, she had no backstock, working with only 35 pieces of clothing and a 3-month lease.

A month later, 193 Kiva lenders supported a $5,000 loan for Regina to purchase stock and buy simple necessities like hangers and an “open” sign.

“That was like a million dollars to me,” Regina says.

Since then, she has been able to repay her loan in full and is slowly beginning to turn a profit.

As a warrior for change, this is by no means the first time a community has rallied around Regina in support of her anti-trafficking mission.

In 2010, Regina wrote and performed a stage play called Echo: A Poetic Journey into Justice. It took 12 sponsors and free technical work donated by Central Works Theater Company to bring the show to life.

It sold out for a month straight. 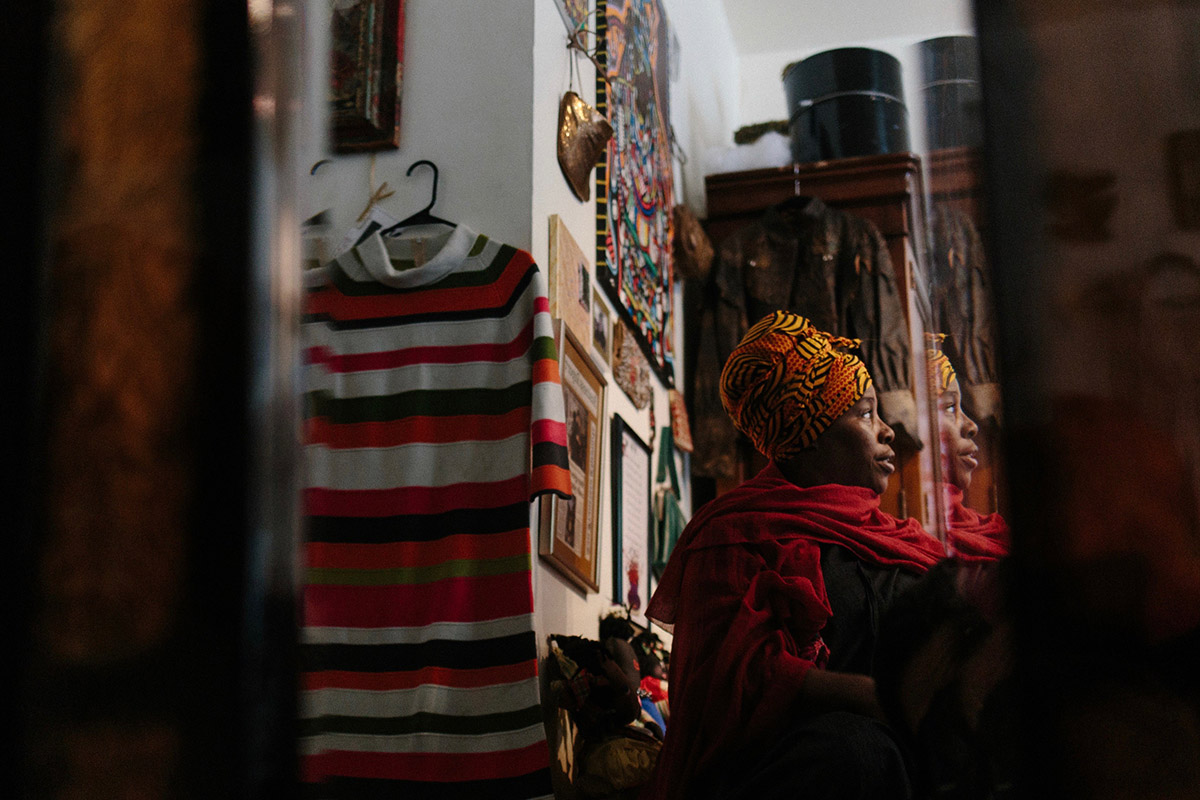 Fast forward a couple of years and Regina had decided to go into retail. One day, she said, “I come back home from work and [my mom] says, ‘The White House called.’”

It was President Barack Obama’s office calling to say that the president had seen videos of the play and wanted to thank Regina for her work.

Though almost 2 years after the last showing of Echo, Regina says: “That’s what got me back to writing, because you don’t really get calls from the White House that much.”

Her next big theater endeavor was 52 Letters – a poetic stage play enacting pieces of survivors’ stories and serving as a call to action for the community.

The play won a Best of 2013 San Francisco Fringe Festival Award and is still requested and performed at various anti-trafficking events throughout the Bay Area.

As Regina continues her artistic and entrepreneurial journey, we hope she always feels the support of those 193 lenders, and the whole community of Oakland behind her for every step. 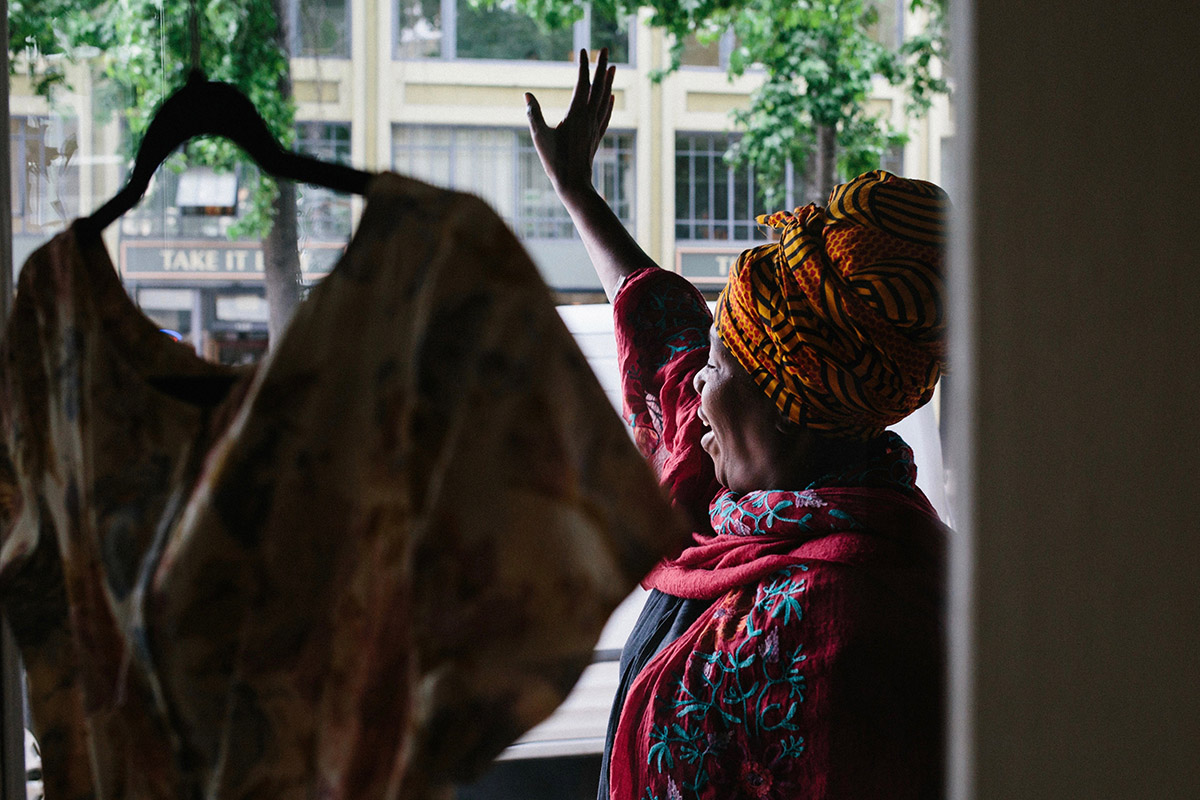 In celebration of International Women’s Day on March 8, will you join us in rallying to support the dreams of 10,000 women like Regina? 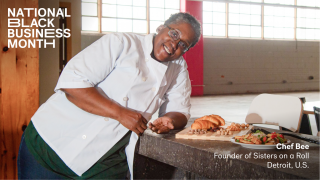 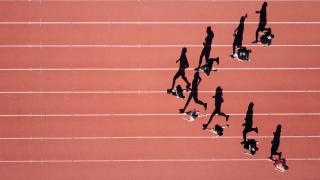 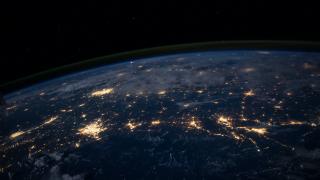