It was a gorgeous autumnal morning in Tbilisi, when we set out for Rustavi; Georgia’s third largest city. As we drove east towards Azerbaijan, I was struck by the dramatic change in scenery during our short 30 minute drive to deliver a Kiva training at one of Credo’s newest branch offices. Not only did we leave behind the verdant landscape, there were no charming cobblestone streets or European architecture to be found. Instead, we entered an urban desert and what seemed like hundreds of crumbling soviet-style cement apartment blocks and abandoned factories. The difference was shocking (and a bit depressing) to me. Georgia, of course, has many apartment blocks in every city, but Rustavi seemed to have little else, other than a used car lot and prision to complete the bleak picture.

Things improved greatly when we received a typically Georgian warm and hospitable welcome by the Rustavi branch team. I sat with the loan officers in a semi-circle around Credo’s Kiva Corrdinator, Nino Kapanadze, who introduced me in their native Georgian language. I smiled and gave my best “Gamarjobat!” hello to everyone. I sat back and listened as Nino began to explain Kiva’s model, only picking up the words “Kiva” and “Internet”, trying to follow to the conversation flow. The loan officers had many questions for Nino and there was an animated discussion and some pointing in my direction. One loan officer actually smacked the top of the desk to punctuate his question! I wondered what exactly was going on. Nino explained the loan officers were stunned by Kiva’s non-profit model and, more so, that lenders from other countries would want to help borrowers in Georgia. They looked expectantly in my direction and I smiled and nodded. Yes. Kiva’s lenders from all over the world DO want to help your borrowers. No, there is not any kind of hidden “catch” to partner with Kiva. Now it was the loan officers who were smiling and nodding.
It dawned on me that part of the responsibility of being a Kiva Fellow is not only to verify the borrowers are legitimate (read KF15 Jason Jones post, a straight-talking look at the purpose of Borrower Verifications here)  but, perhaps as importantly, to strengthen our MFI partnerships with the front line executors of Kiva’s lender-borrower connection point; the tireless loan officer, who works everyday to help bring financial services to the poor. Rustavi itself may be a crumbling symbol of Stalin’s broken promise for accelerated industrialization, but for the residents who face 65% unemployment (2007), Credo and Kiva loans provide a chance to change and improve their lives. 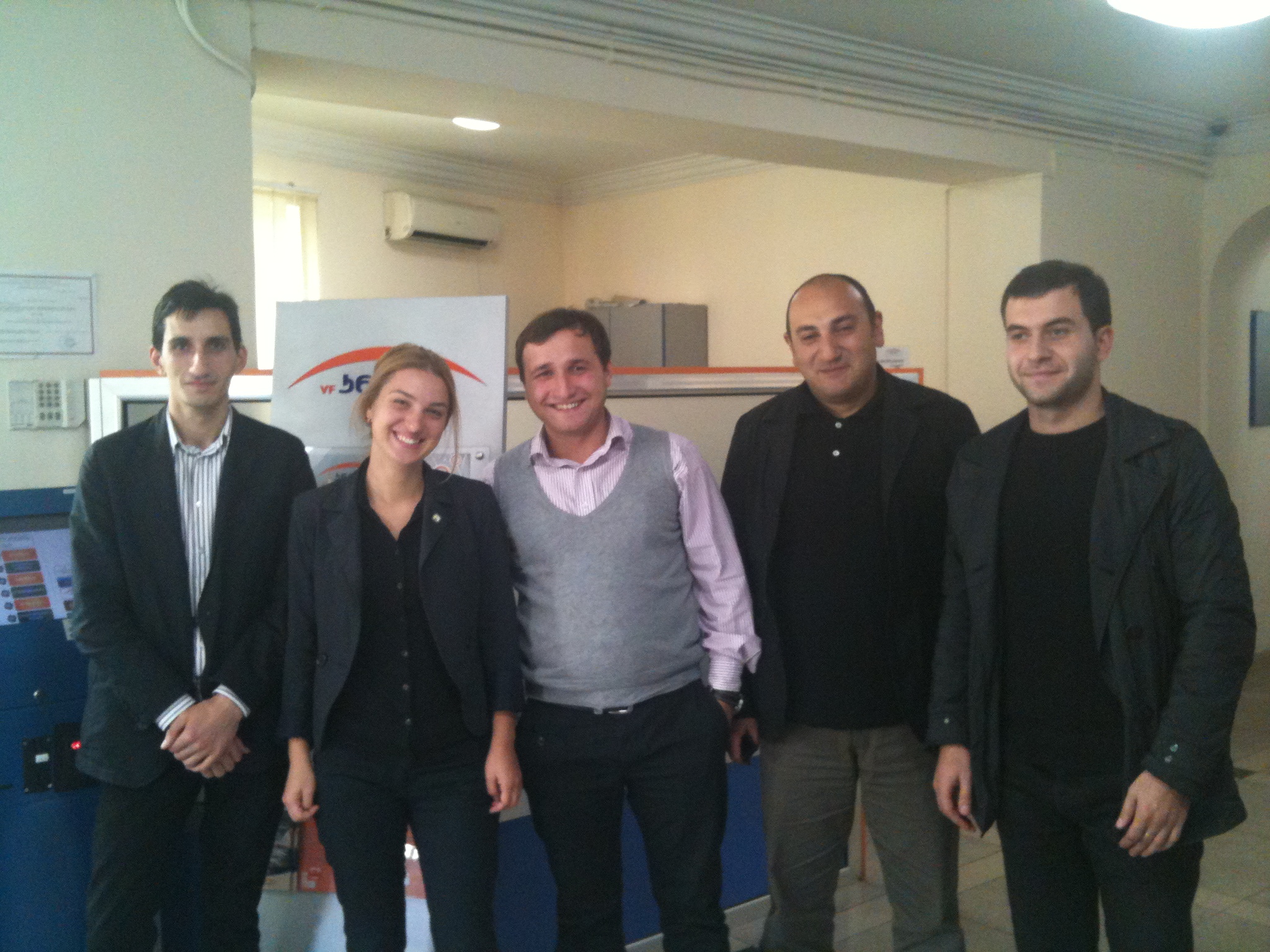 As Nino and I drove back into the capital, we chatted about weekend plans and were delighted to discover we had a mutual friend (yep, Tbilisi is that cozy!) who had organized a camping trip and invited us both up to the mysterious Khevsureti region. For some reason, I was excited to skirt the Chechan border, but a bit apprehensive to hear that we would be visiting a place where pre-Christian pagan rituals continue and the Andoti Tombs, where we were warned not to touch (or take home a ghastly souvenir as some terrible visitors of the past had) the piles of bones and skulls from villagers who were victims of the Black Plague. “Are YOU going?” I asked Nino. “Yes,”  she replied, “I’ve never had the chance to visit this region and It’s going to be incredible.” I thought it over. “Hmm…ok, I trust you.” And while I do trust Nino’s endorsement; I admit a weekend in Kakheti, Georgia’s wine region, sounded much nicer to me at the time. 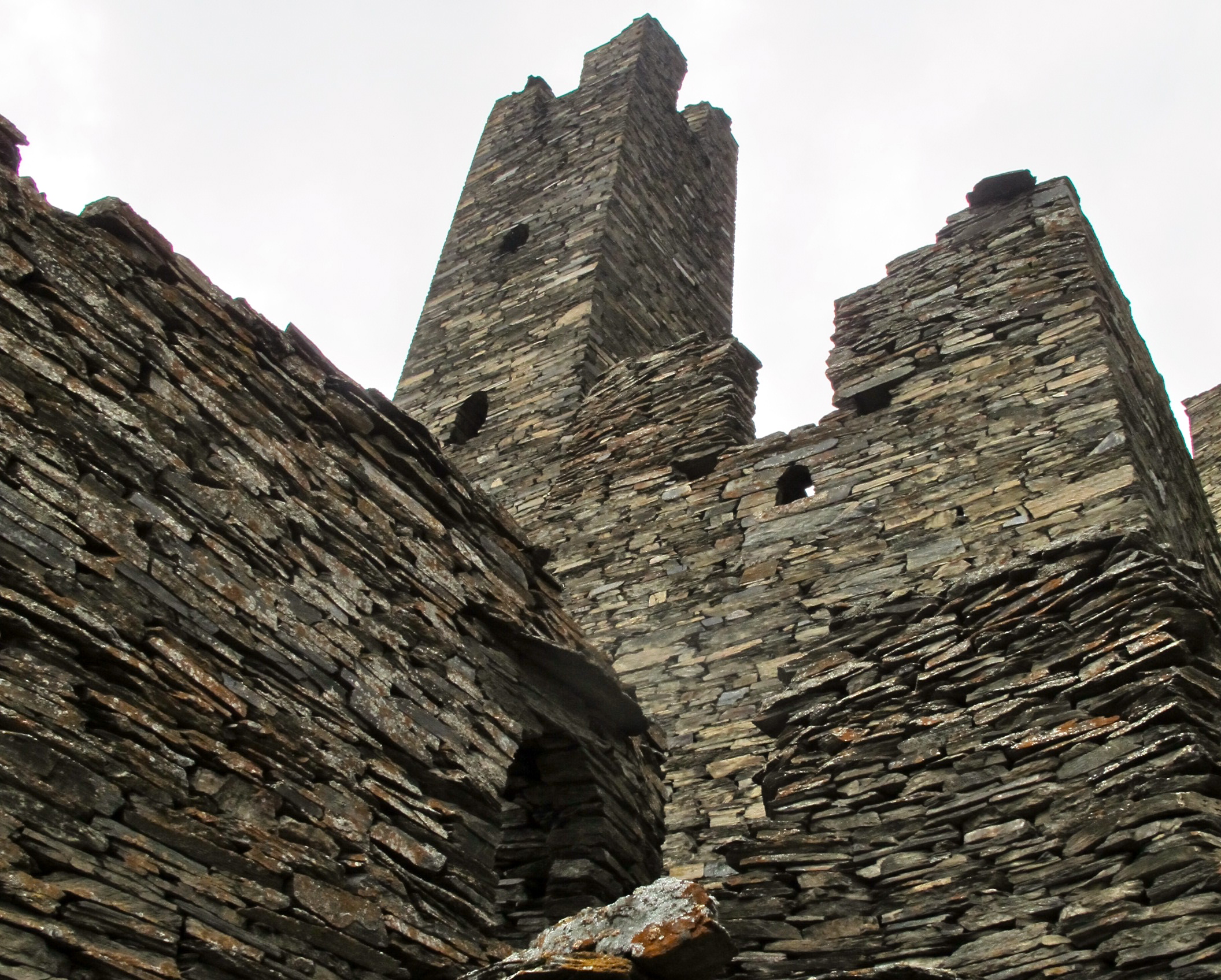 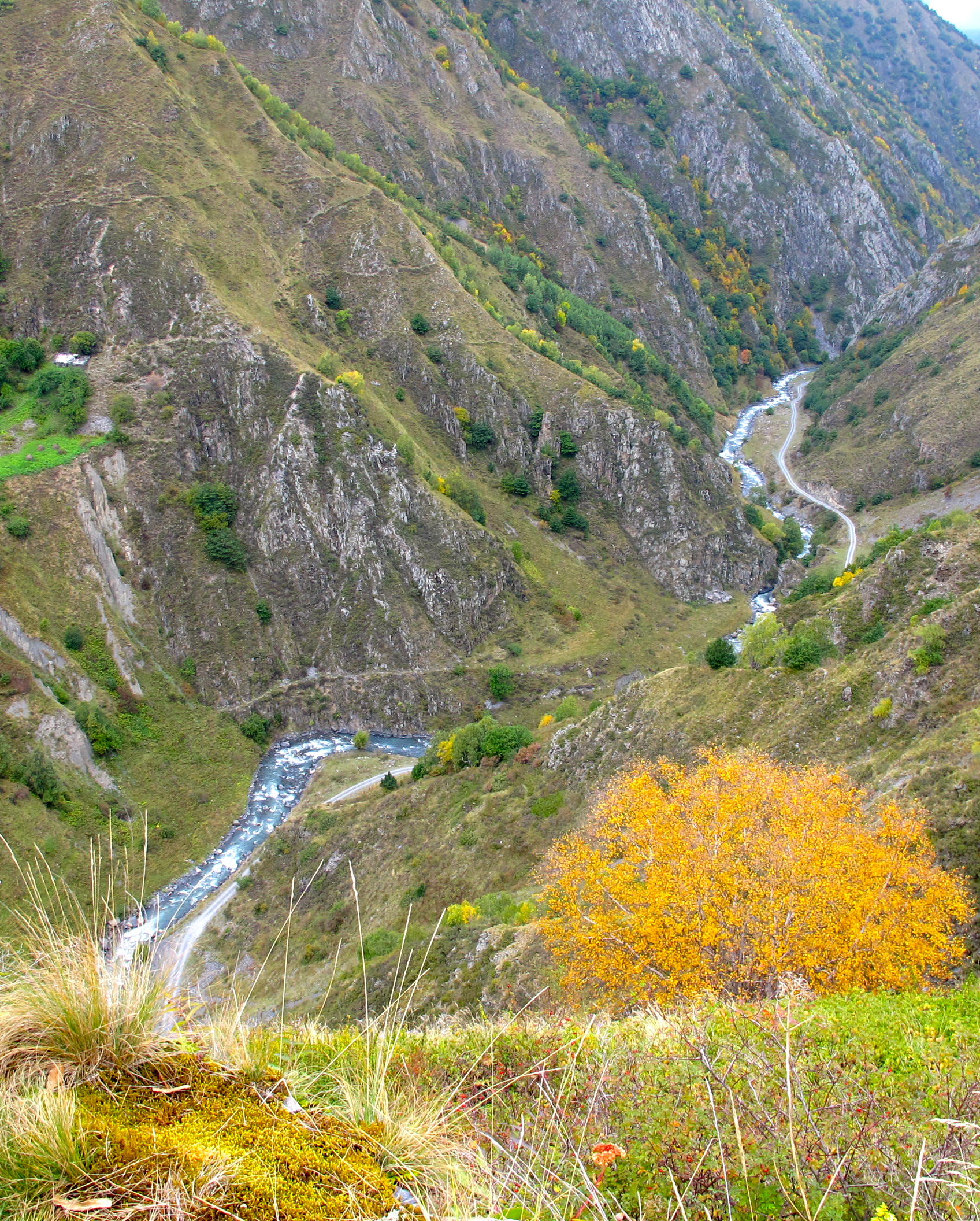 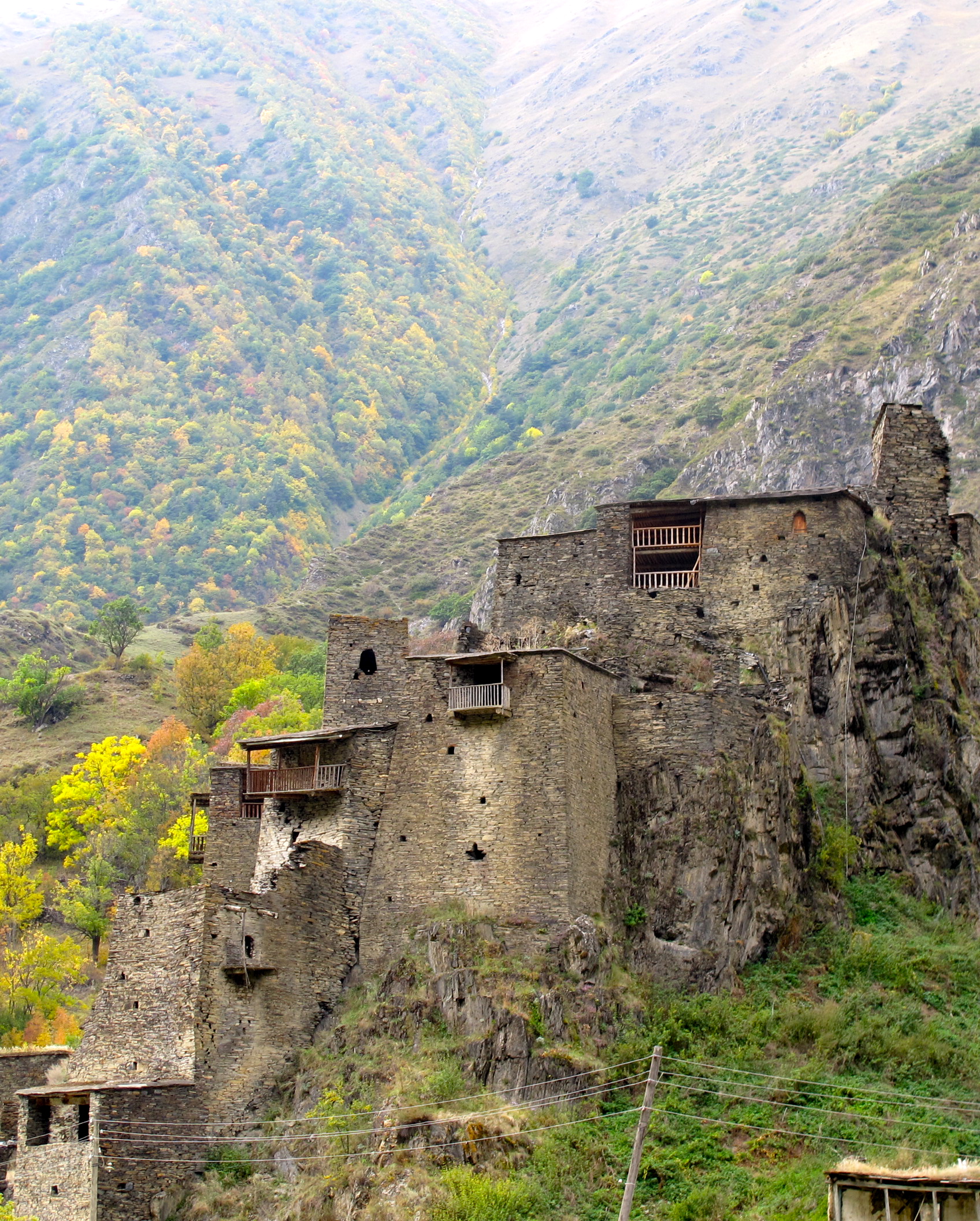 Shatili, a historic highland village on the Gerogia / Chechnya border 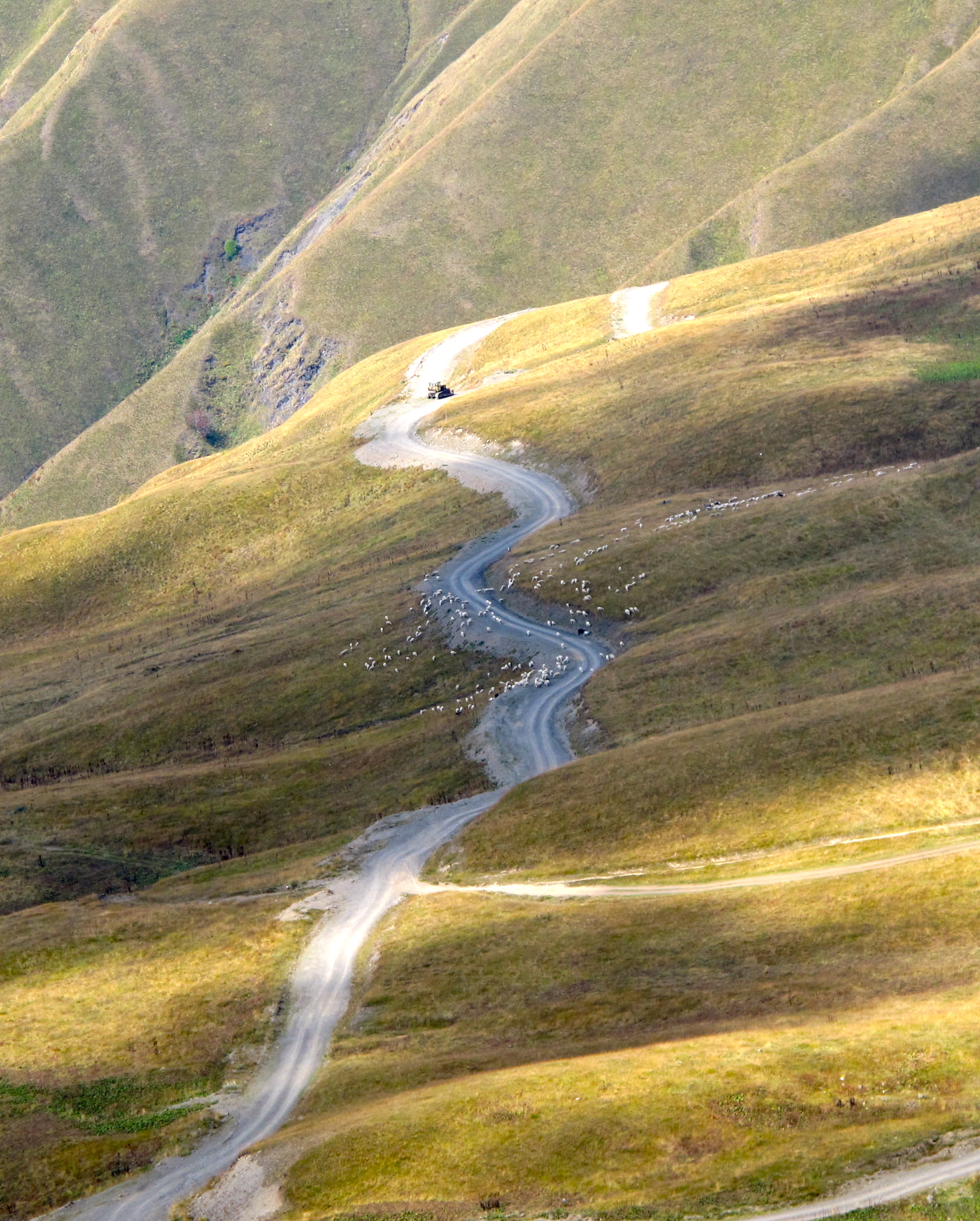 A couple of days later, we had explored amazing fortress villages high in the mountains and admired golden/amber leaves falling around our camp site, we set up a supra – a Georgian feast table – and everyone contributed a dish. I brought the good ol’ American camping staple of peanut butter and jelly sandwiches, something none of my Georgian friends had ever heard of. “Try it!” I said. “Yum!” said another American friend as she spread creamy peanut butter onto a slice of bread. Nino looked dubious and ate an egg with some cured luncheon meat. “Maybe later.” 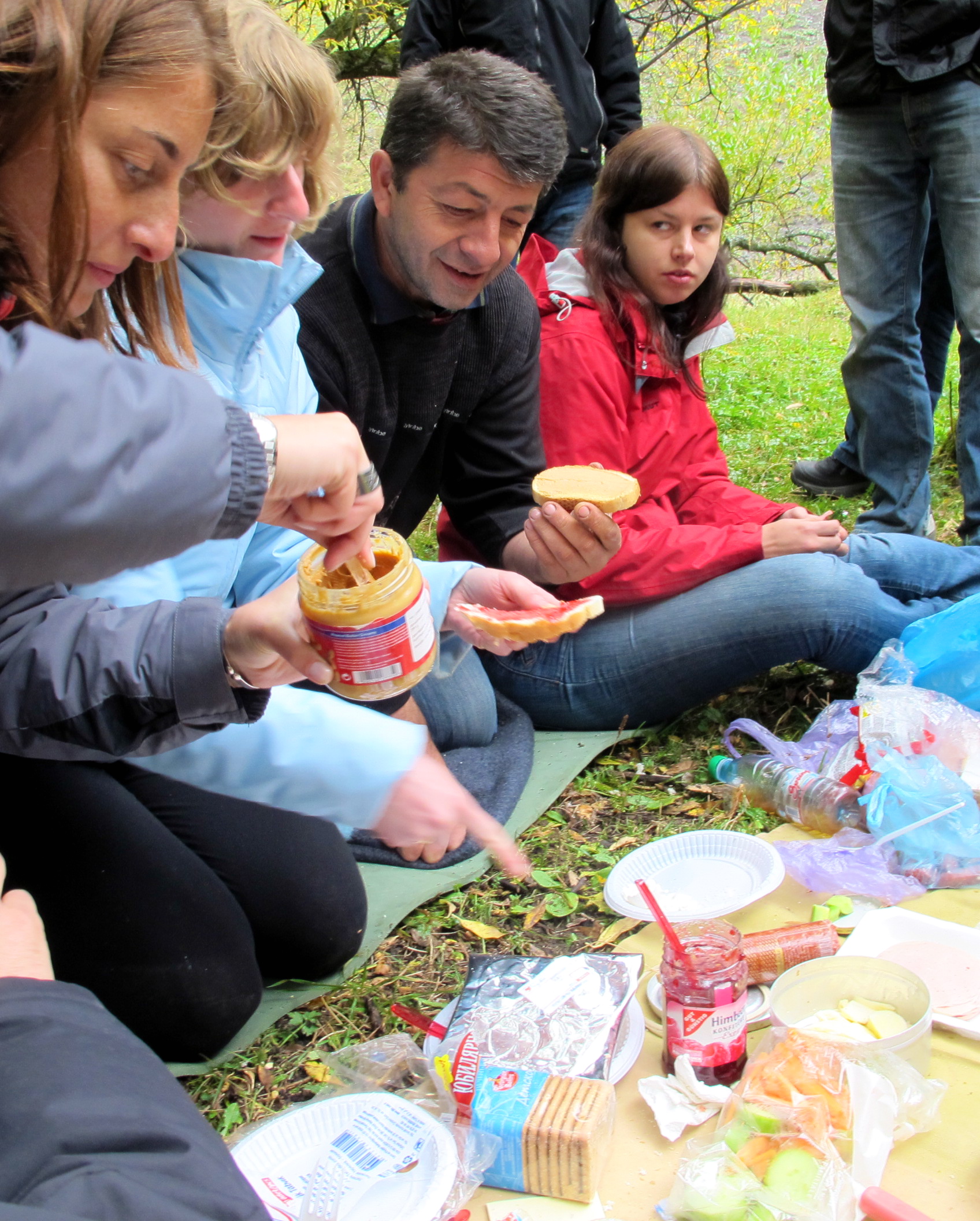 Trying PB&J for the first time... 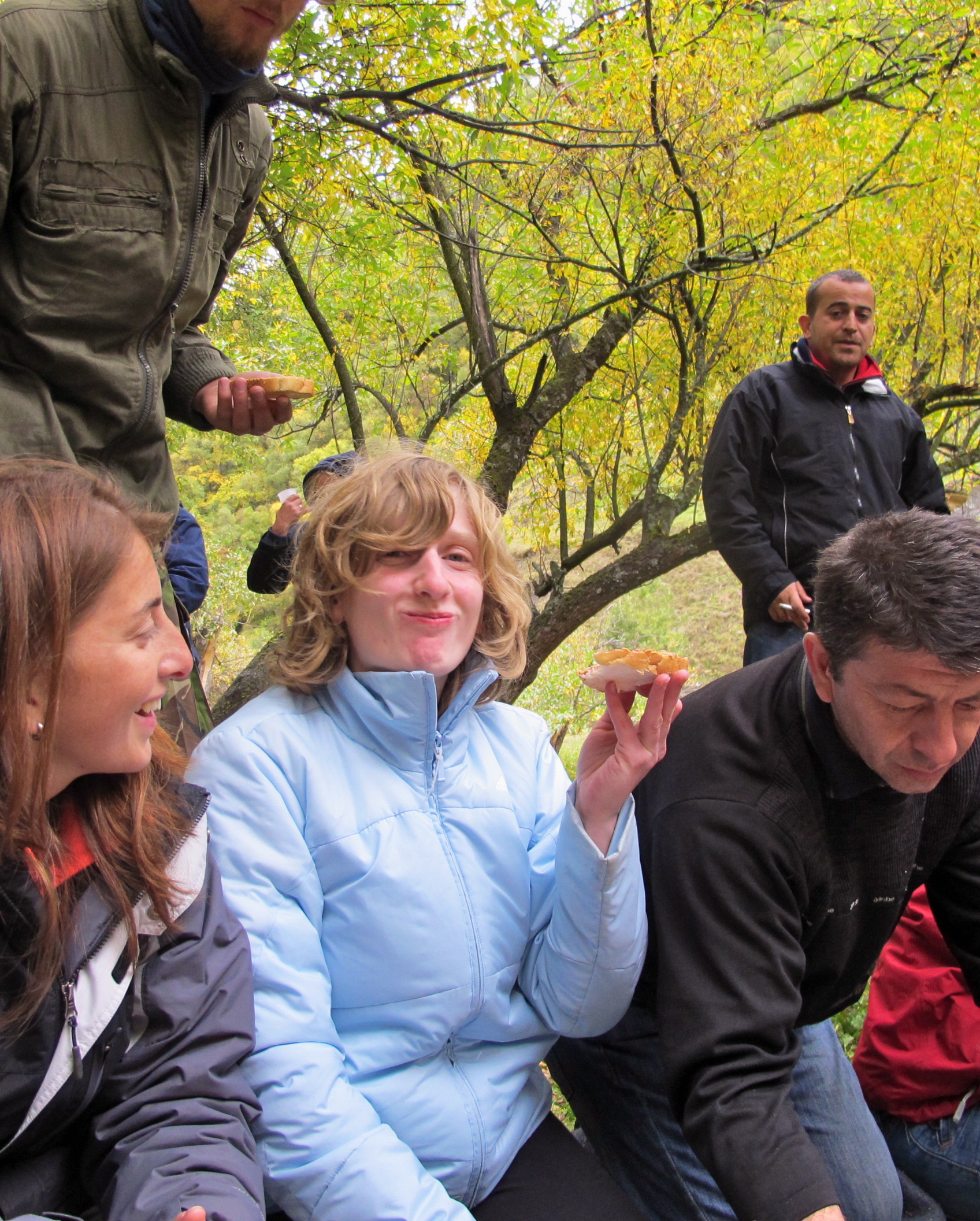 “DJ?” Nino called out to me. “Can I have another one of your American sandwiches?”
Trust, but verify.

DJ Forza is a Kiva Fellow working with Credo in Tbilisi, Georgia and loves PB&Js. To learn more, please visit Credo’s partner page, join the Georgia lending team, and keep an eye out for Georgian loans on Kiva.org.