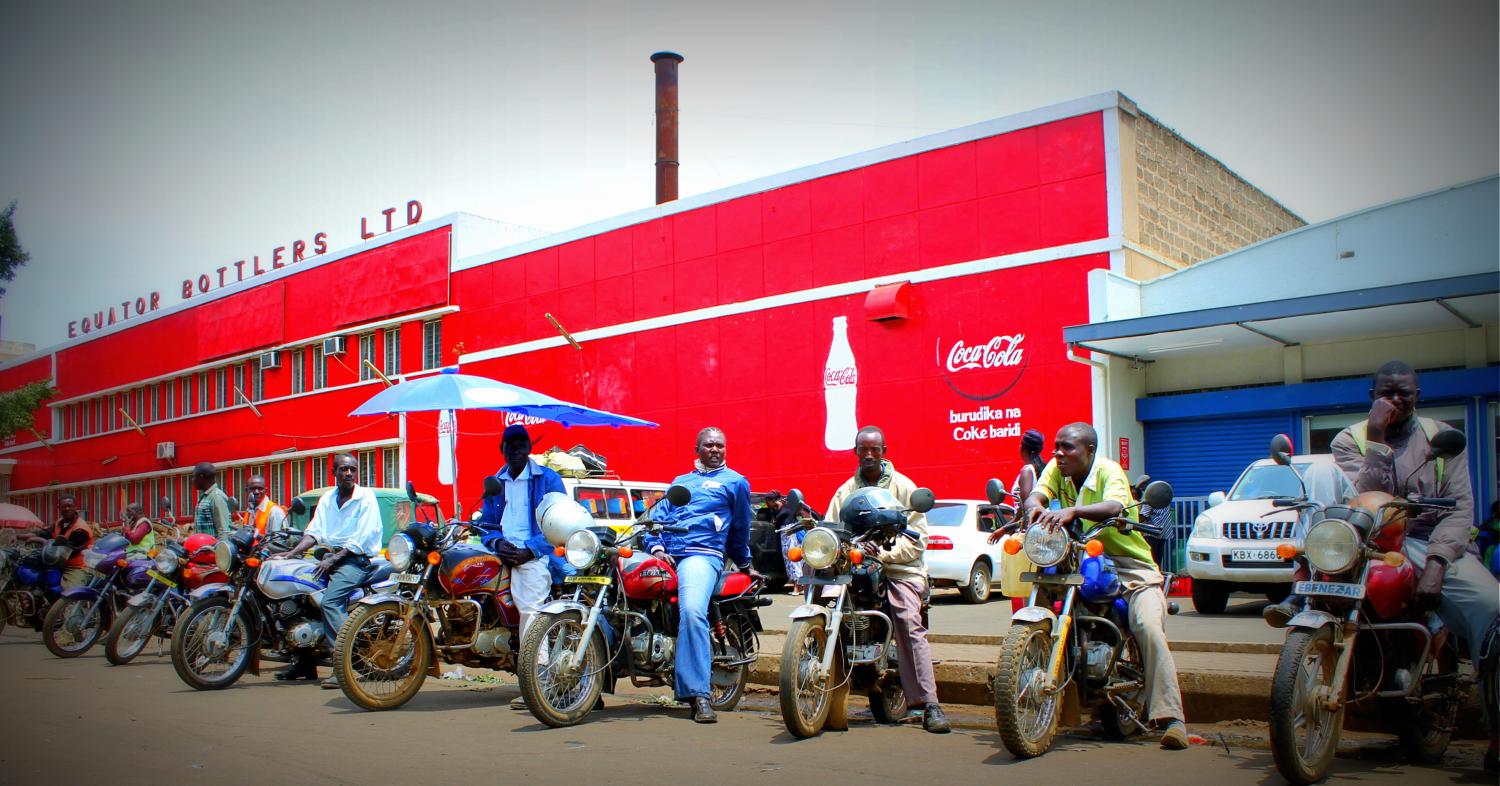 I have been in Kenya for almost 4 months now for my fellowship. Some of my time was spent in Nairobi, and some in western and rural parts of the country. Getting around by motorbike (“piki piki” or “boda boda”) is a way of life in Kenya. But I’ve never seen a female driver. Granted, it’s not an everyday occurrence in the western world either, but motorcycles in general are also not nearly so common.

Arriving in Kisumu, I thought I’d give it a try. After moving into my apartment I stepped outside to head for a grocery store. I saw a man with a kind face starting up his boda and decided to inquire. “Do you know where I could rent a motorcycle?” His name was Jackson and I would end up seeing him almost on a daily basis on my walk to work, but this now-stranger hopped back off his bike, leaned the handlebars my direction, and responded “200 Bob for the day." Two hundred shillings is approximately $2.25 USD. Starving and unprepared to take the plunge, I told him I’d rent it the following Sunday if it was available.

Jackson lent me his motorbike. There are approximately 3-4 boda drivers that are posted at the end of my lane waiting for work. I should have been charging THEM for tickets to this show, because I single-handedly provided them about 20-30 minutes of solid laughter.

I couldn’t kickstart it, the gears were in a different order (neutral was the bottom gear), and the handbrake was completely ineffective, so most onlookers probably thought that I was heavily intoxicated. I was completely embarrassed, but got the hang of it enough eventually to take a nice ride up to Kakamega.

The next week I had tried a new market and when I came out to a crowd of bodas, one of the driver’s voices sailed over the sea of the rest. I turned and realized it was a woman’s voice. While I didn’t need a ride at that moment, I was completely intrigued by this woman. Who taught her how to ride? How did she break into this profession in a town where a lot of the women still ride on the back side-saddled? I later went back to find out. 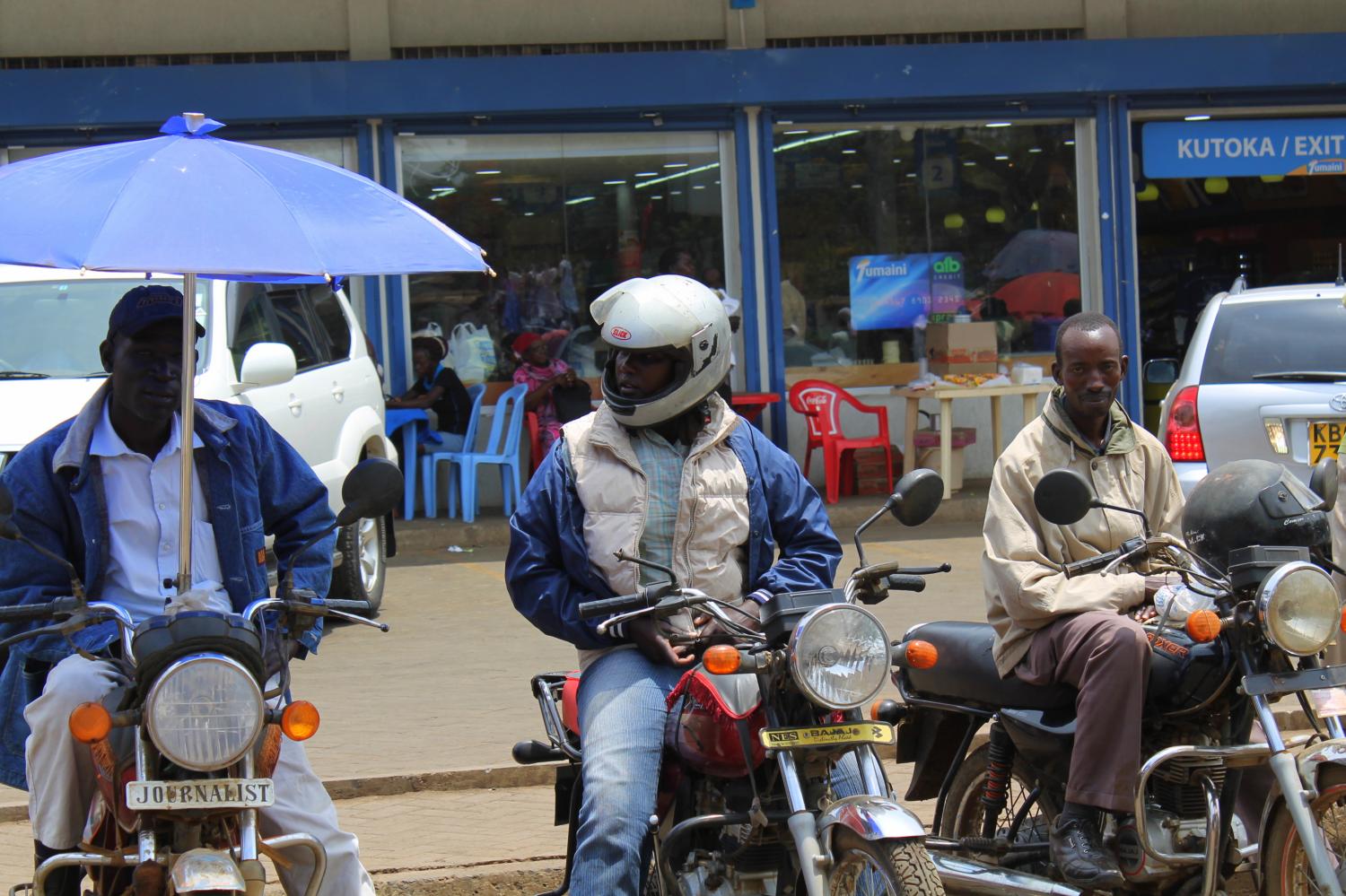 Her name is Victoria Awuor Owiti. She is twenty-seven years old and is from Bondo District, Siaya County. She is a single mother of three ages ten, eight and four years old. Her older two children are in school due to her work as a piki driver. 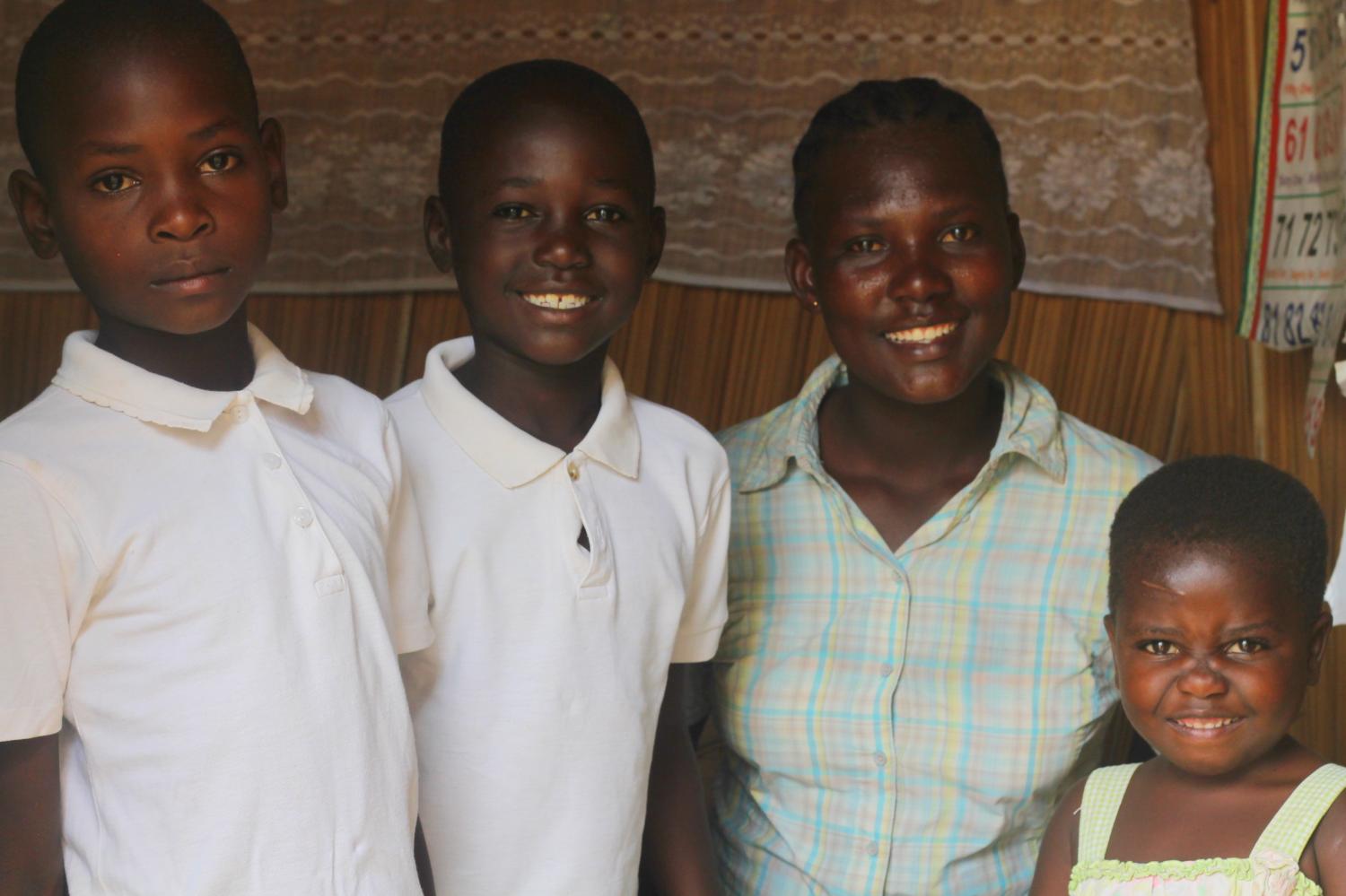 She was previously working in a hotel for 150 Kenyan Shillings a day (~$1.68 USD). Looking to increase her income to support her children, Victoria met a friend named Joyce. She was earning seven times as much as Victoria was making at the hotel as a boda driver, and ending up teaching Victoria how to ride. After working for Joyce for 6 months, Victoria set out to have her own business. 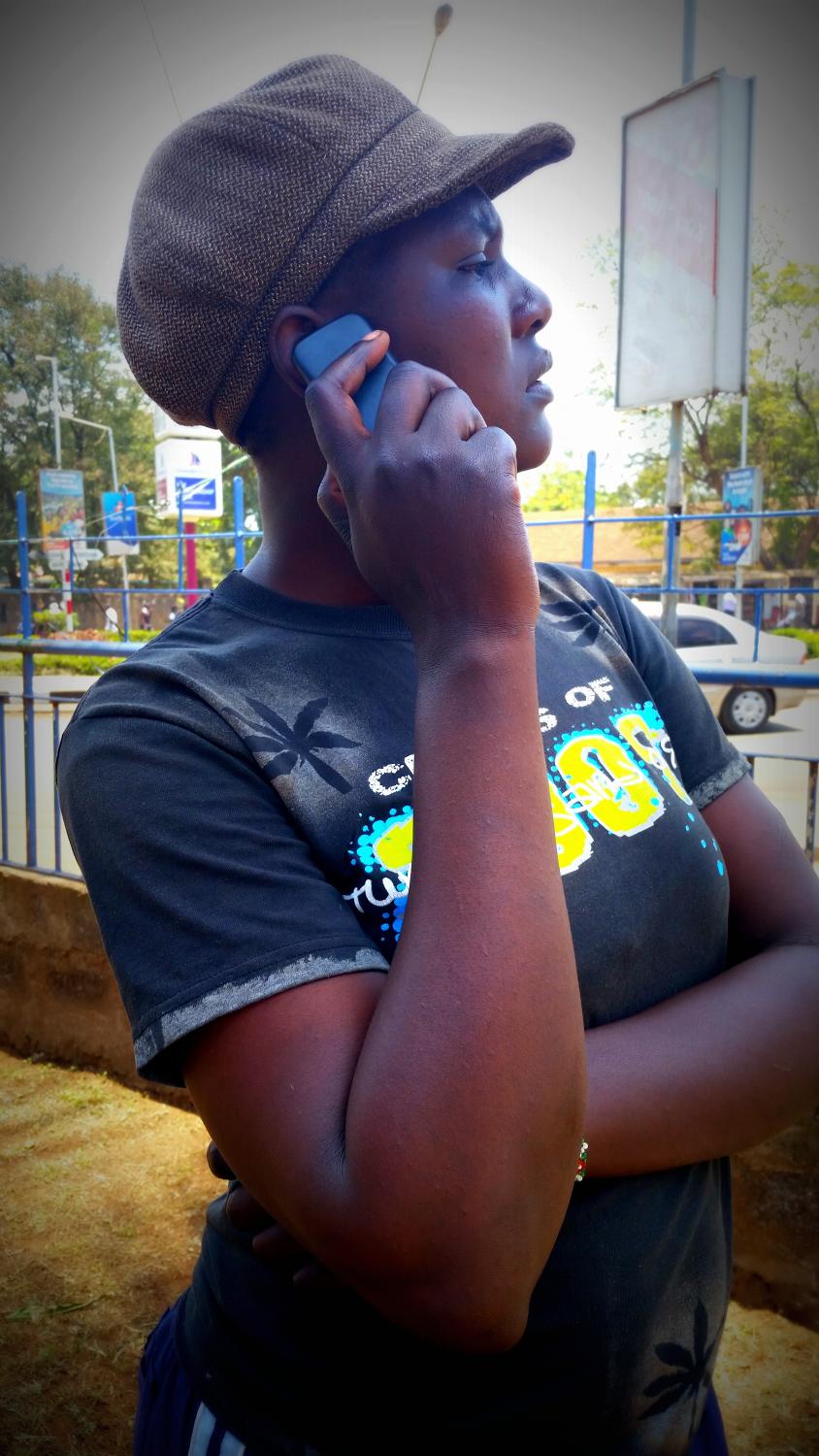 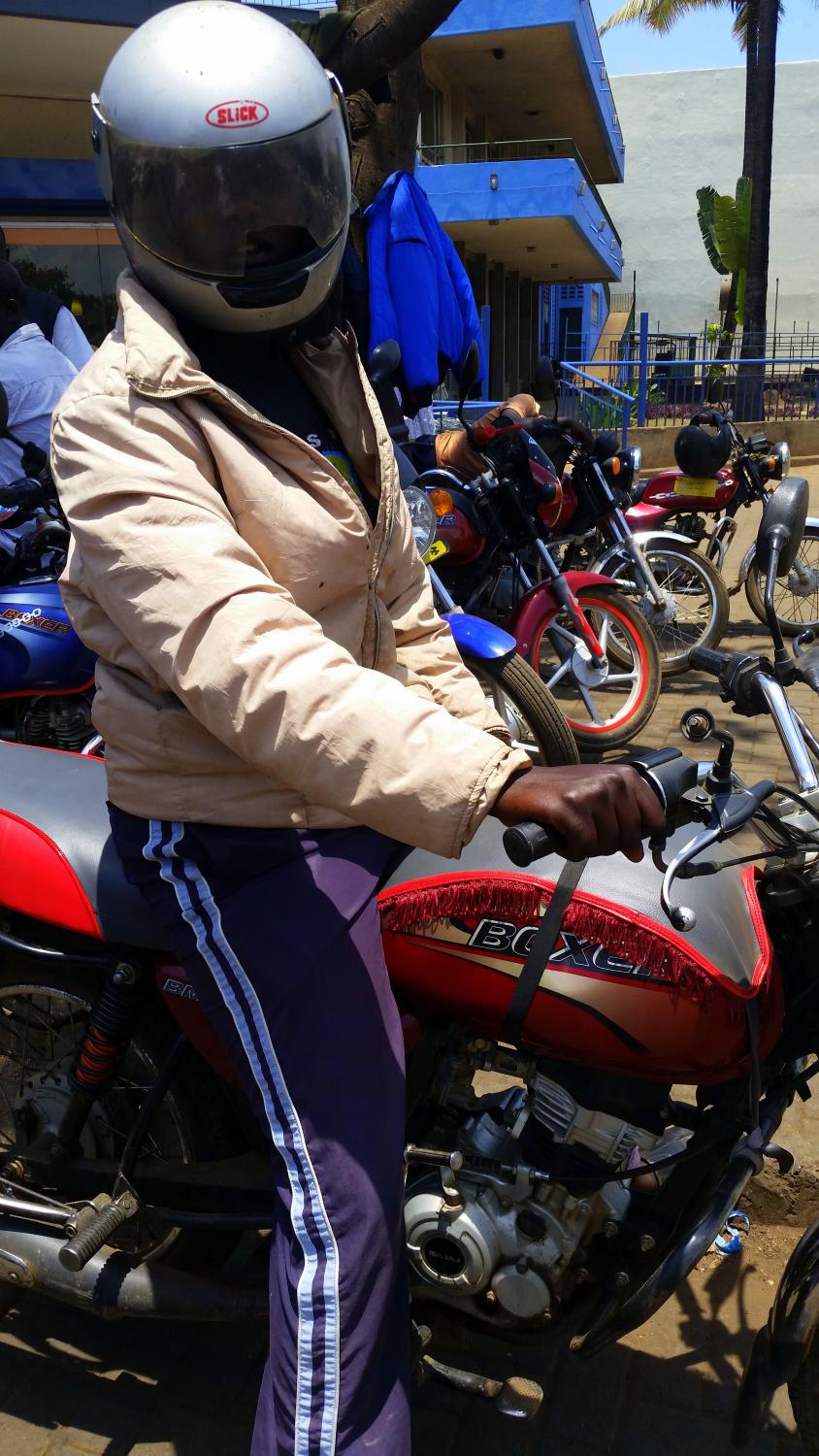 When I first approached Victoria and explained why I was interested in her perspective, I asked her if she had any time to share her story with me. She said “Sure, but I’m working and I can give 20 rides in an hour at 50-100 Bob a ride.” I smiled. She was a strong, confident, businesswoman. I assured her I would compensate her for the lost business, and informed her that I would also need a lift to work. 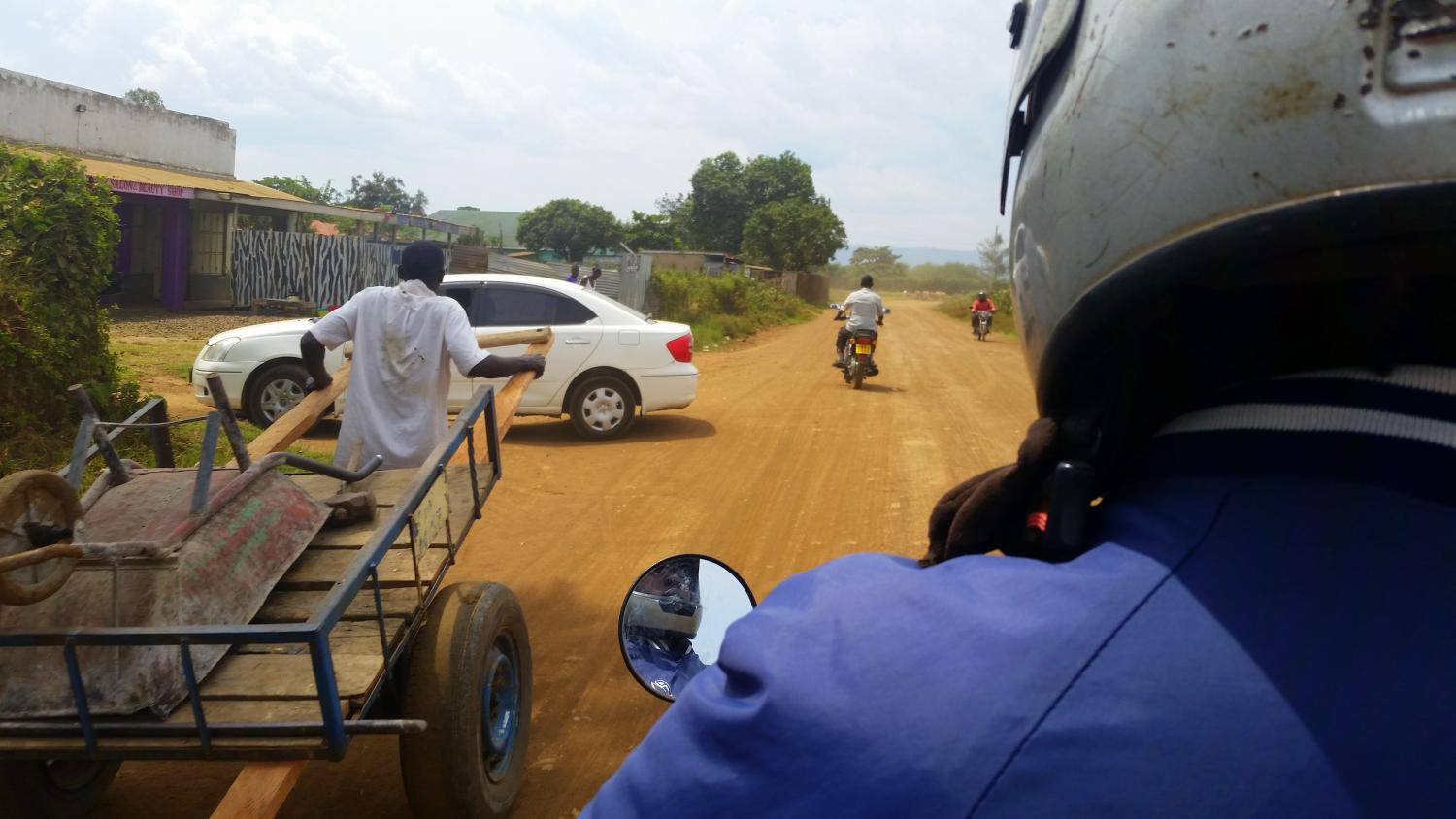 Victoria works 8AM to 8PM every day of the week to put her children through school. She rents her motorcycle from “Mama Koli” at 300 KES a day. She said that three quarters of the boda drivers in Kisumu rent their motorcycles. This includes the maintenance, but piki drivers are responsible for covering the petrol. She said that if she had a loan to buy her own motorcycle that would be 300 Bob more a day in profits. 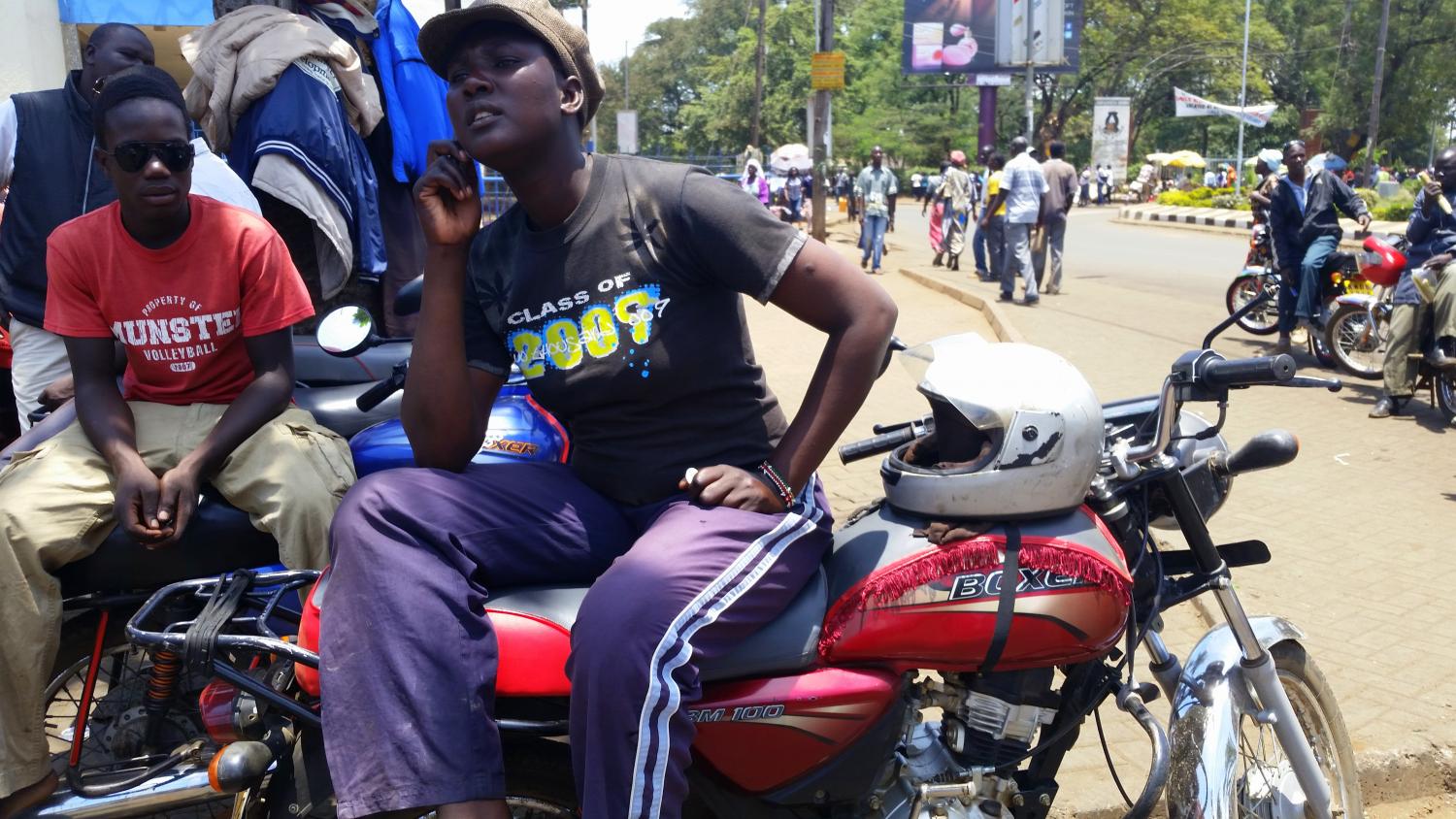 When I asked her what challenges she faced as the only female I’ve ever seen in her profession in my time in Kenya, she responded that “working with men is very difficult." She described the constant struggle of having customers prefer a male driver. She has also faced discriminatory situations where upon arriving at the destination, the customers realized that they had been driven by a woman and refused to pay.

Then there are the challenges that every boda driver faces like the lulls in business during the rainy season and the general risk of the profession. Victoria wears a helmet and 3 large jackets to protect herself, which is unthinkable in the hot Kisumu sun. She’s also helping a friend through her challenges by trying to teach her how to drive and earn more income, “But she doesn’t have confidence” Victoria told me with a frustrated look on her face. I thought about my own embarrassment earlier in the week. 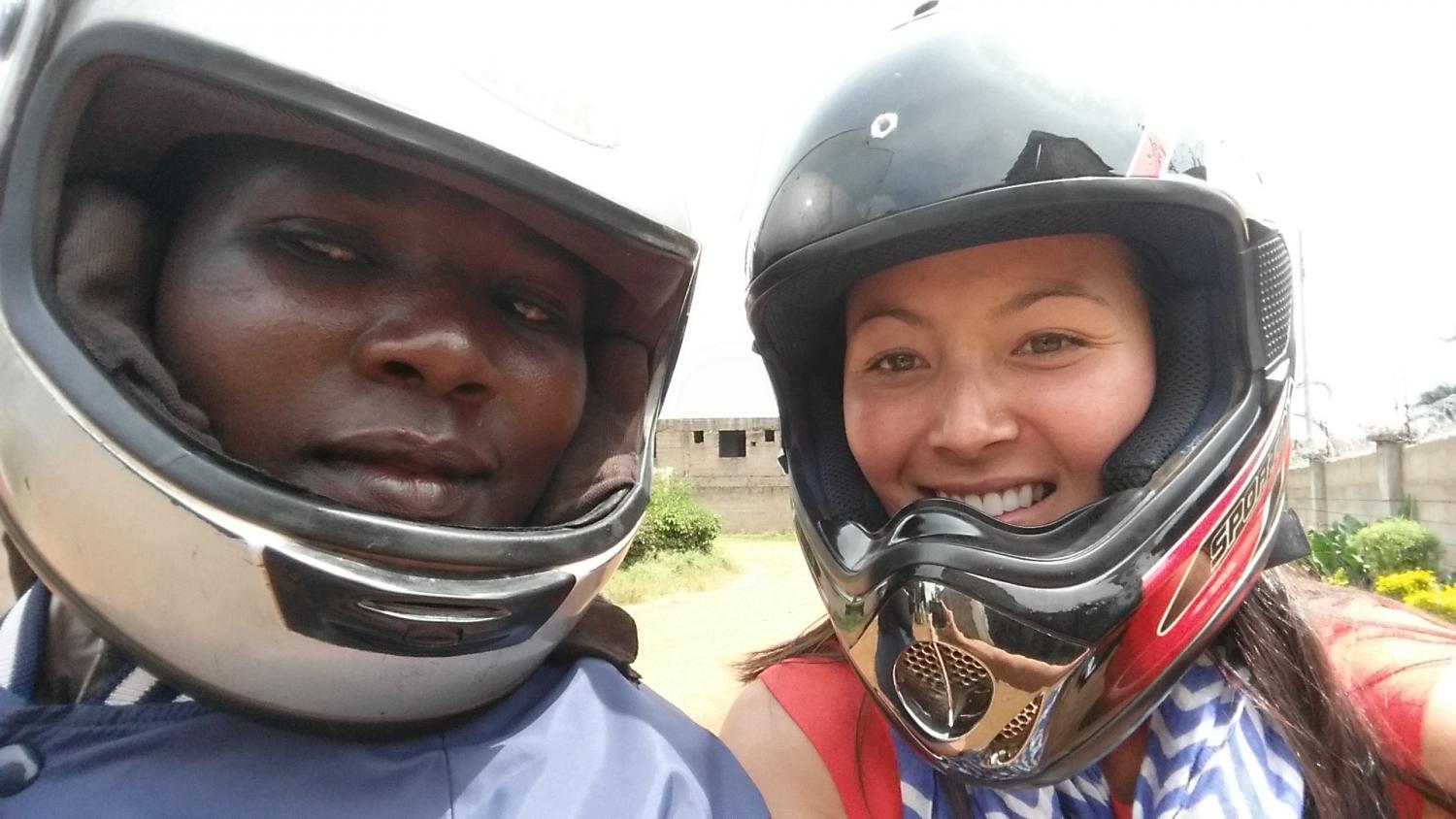 Confident, hard-working women like Victoria are why I believe in Kiva. I connected with this woman instantly and wanted to empower her in her work. Kiva is a platform that facilitates that.

When I asked Victoria what she liked about being a piki driver she said “I like it because I am self-reliant. I have a lot of freedom.” I think that those are things that we should all have a chance at in life.

As I was walking away, she smiled at me and added, “I also like to ride.” 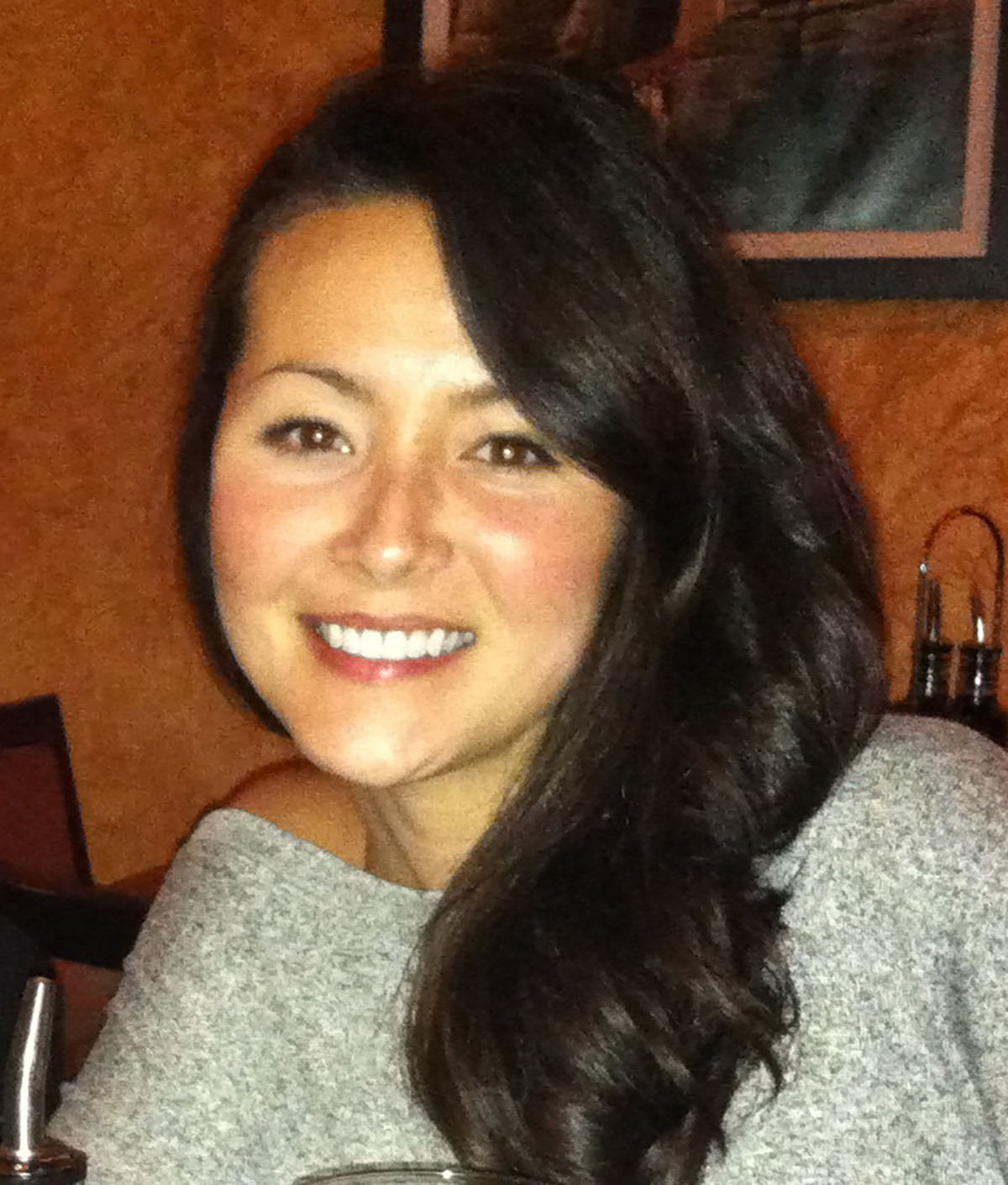 Hailing from Springfield, Illinois, Erin graduated from the University of Illinois Urbana-Champaign with a Bachelor of Science in Computer Engineering. After school, she pursued a career as a consultant in technology management in Chicago. Reading about the life of a Sudanese refugee in the book "What is the What" inspired her to volunteer at a Chicago refugee resettlement agency. The experience created both a desire to help people empower themselves through education and a thirst for learning about other cultures. That desire and thirst led to a nine month journey through South America where Erin had incredible experiences such as volunteering at an after school program in Peru and an orphanage in Bolivia. Working at a money services startup in Buenos Aires also gave her exposure to the lack of financial services available to the unbanked population in Argentina. Upon returning to the U.S., Erin became a lender and volunteer translator for Kiva. She is excited to pursue her passion for empowerment and sustainability with this fellowship. Erin is thrilled to have the opportunity to serve as a Kiva Fellow in Kenya with Honey Care Africa and Evidence Action and further Kiva’s mission.