When the minibus went on a strike in La Paz, Bolivia…

On waking up this morning, I was surprised to find a message from my co-worker, sent at 5.30 am, that read, “Janvi – there’s a transport strike today, please be careful. Don’t speak with strangers on the street. Honestly, it would be better if you stay home and decide not to come into work.” 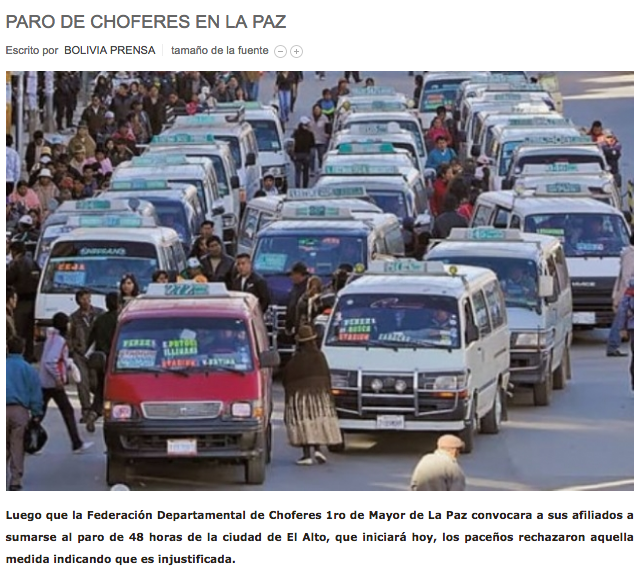 My heart sank on reading this message: transport strike meant that the private vendors that run the shared “minibus”, charging an amount as low as 2 Bols for “Paceños” (residents of La Paz) will be off the streets. They make up the lifeline of the city along with micros – government transport buses - that charge about 1.5 Bols. Today, I find that the streets are completely empty but eventually, a taxi picks me up on a quick phone call – they are the most expensive mode of transport in the city at 10 Bols. The driver explains his perspective on the strike,

“The strike is to protest against the change in the recent taxes that have been levied against private automobiles. The minibus-lobby want to pay 50% less than what they are forced to pay right now – what will they eat if they pay such high taxes? There was a strike by commercial vendors yesterday too at the City Hall. These people make our life miserable.”


But that was not the ONLY protest yesterday. Instead, the newspapers covered a “politically-hot” protest march by women across the globe & we saw parts of it in the El Prado, the center of La Paz. 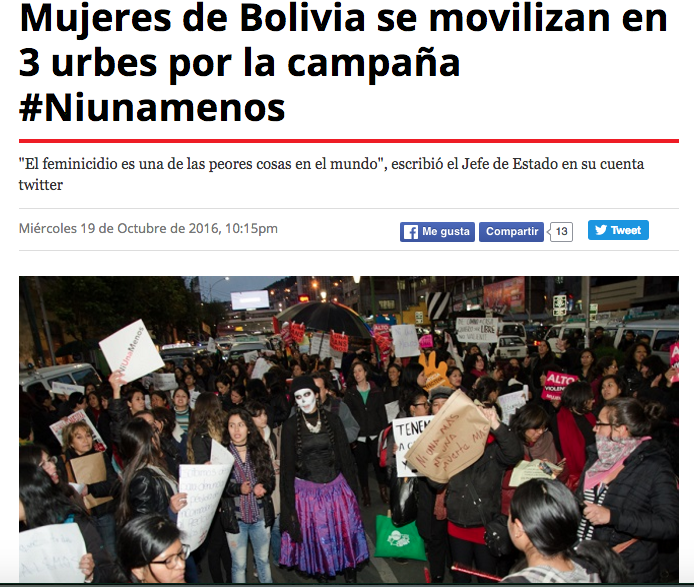 The term “feminicidios” was adopted in 1999 to mark the death of women in violence or the “murder of women, simply for being women”. There’s more information, accounts and sources here on the origins, impact of this movement in Mexico and across Latin America. There’s also this account of the “culture” of protests in Bolivia & this debilitating account about the death of a Vice Minister, in late August, at the hands of the mining lobby protesting for their rights to privatization.

As a final note to this blog post, I’d like to tie in Kiva credit with protest marches: the case of a Kiva borrower Eliza who was able to repay her credit, thanks to one such protest. I found that the borrower had taken out a credit to buy “ingredients” – primarily meat to sell “chicháron” (a popular dish) during a big annual fair on 16th of July. Her stepfather explained to me, “I work in my workshop all day but when there’s a protest march on the bridge, my daughter and wife go to sell chicháron – they make more profit than my week’s worth of work.” IMPRO, Kiva's Partner in Bolivia, supports informal businesses and small trades such as these - many such borrowers do not qualify for loans with big banks.

It appears that protests are a way of life in La Paz, some even say that protests and strikes ensure that the minority voices are heard, necessary changes implemented. In fact, in Eliza's case, she capitalizes on the people-gatherings to make a small profit to pay off her loan.  Nevertheless, most commuters who are affected by the "minibus" strike today - are complaining about an extra financial cost of travel today, a cost they cannot afford. 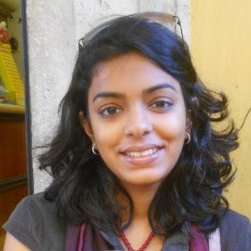