Which do you prefer: empowering borrowers or low interest rates?

I mentioned in a previous blog that the field partner I have been working with, ADIM in Managua, Nicaragua, hosts education seminars for their clients. Last Friday I had the opportunity to participate in their Human Development course.

ADIM publishes various workbooks for these courses, holds very regular classes, and takes the education portion of their role very seriously. From the very beginning I have been impressed by the social aspect of this microfinance institution, but yet, this role they take is the same reason their interest rates are higher. And high interest rates are under scrutiny. I was curious to see the real benefit.

The day started with a short film, The Power of a Vision. Depending on the district the training is serving, classes can be over 50 people, or just a few. Friday we had thirteen women and one man in attendance.

When the video ended the instructor, Fatima, asked the group, “If you could change something about yourself, what would you change?” 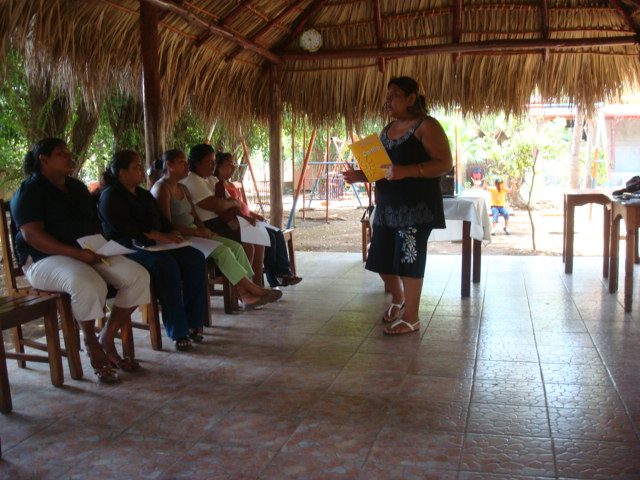 Fatima initiates conversation amongst the group.

The women were hesitant, shy, and quite a few took the, “oh nothing” route. One inspiring answer came from a woman, the owner of a small general store, she said, “I would be more friendly with my customers, I would improve my relationship with them.”

Fatima went last, she discussed that her personal struggles and over coming them, she discussed a character trait she would like to improve, and she introduced the topic of the day, selfesteem. “What does selfesteem mean to you?” she asked the group. One by one they began to come out of their shell and contribute to the discussion.

“How you feel about yourself.”

“How you value yourself.”

She continued, “…and why do you think others make you feel bad?”

“They don’t respect you.”

“Their selfesteem is low.”

I contributed too, I wanted to be a part of the group and not the intimidating stranger in the back taking pictures. It was wonderful to witness the comfort level rising in the room.

We broke into small groups and received supplies; pencils, paper, and workbooks. 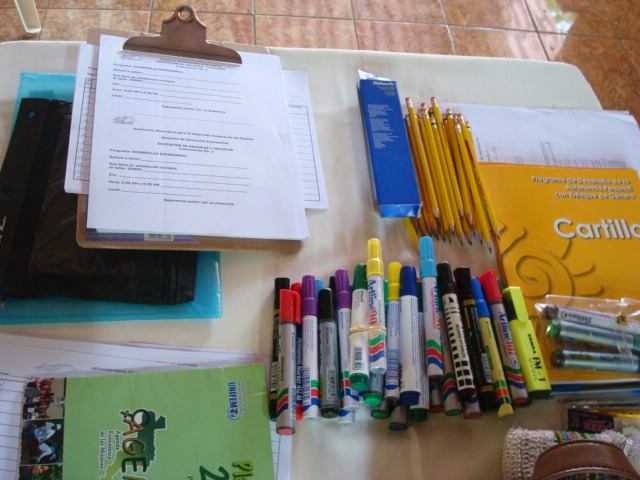 Within our groups we read two stories and discussed each. One was the Story of Isabel, she was not valued by her father, not allowed to attend school, and her selfesteem was very low. Second was the Story of Margarita, her father inquired about what she was learning at school, she helped at home but also played with other children, she was described as being confident, maybe even capricious.

After discussing in our small groups, we joined each other once again. The question was raised, “Who do you relate to?” The women and the solo male opened up even further. They went around the room sharing the stories of why they related to Isabel, why education was not a priority in their childhood, living in a machismo culture, self worth as a child and self worth now. 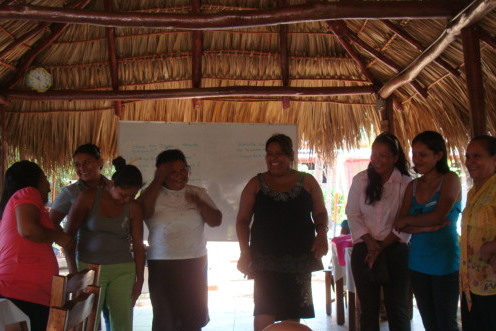 Acting out positive and negative communication styles, everyone was on their feet and having fun.

I am going to venture to guess most of you reading this had formal education. Your neighbors had formal education and probably your parents as well. So for this reason  I do not want you to imagine how this exact session would impact you, take yourself away from it and think of something different. Let’s try the first time you traveled, it was an opportunity you had heard so much about, and the mental stimulation that accompanied it reverberates in your memory. Do you still find yourself telling stories about that event years later? Recognizing it as when you changed in opinion, outlook, or in life choices?

I believe ADIM’s education and training seminars can create that feeling of mental stimulation and inspiration within its clients. I believe I witnessed it. 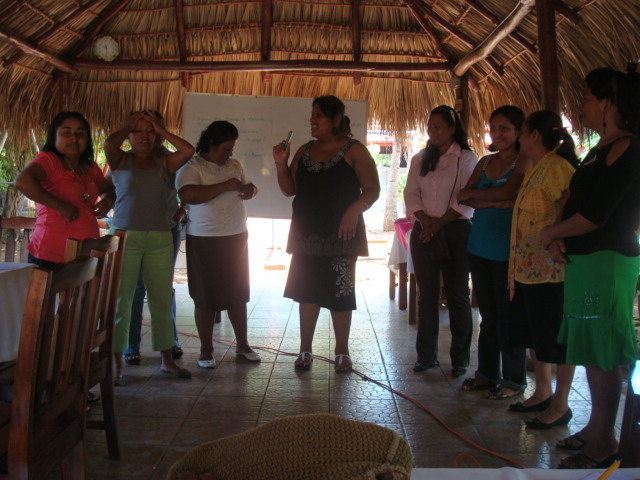 These women left their first session of ADIM’s Human Development session after collectively deciding on the date for the next class. They were smiling, they had made new friends, they had shared personal stories, and thought critically about how to grow themselves individually.

High interest rates definitely deserve scrutinizing, like Dennis said in his blog yesterday, a growing microfinance industry with institutions continuing to enter the market will create the choices the borrowers deserve. But I am proud of ADIM, it’s interest rates are working to create sustainable entrepreneurs, and these women and men are being empowered.

Monica Hamlett is serving her fellowship with ADIM in Managua, Nicaragua. Lend to one of ADIM’s entrepreneurs by clicking here.